In the current climate, who better to turn to for a comforting sense of stability and tradition than seasoned fashion designer Ralph Lauren? For over half a century, he has made his trademark selling updated classics and a romanticized vision of the American dream — a particularly welcome proposition at the moment. On Saturday, Lauren pulled out all the stops to create yet another castle in the air to present his tuxedo-centric fall 2019 women’s collection — a dreamy, real-life Ralph’s Club open for one night only at 48 Wall Street in New York. 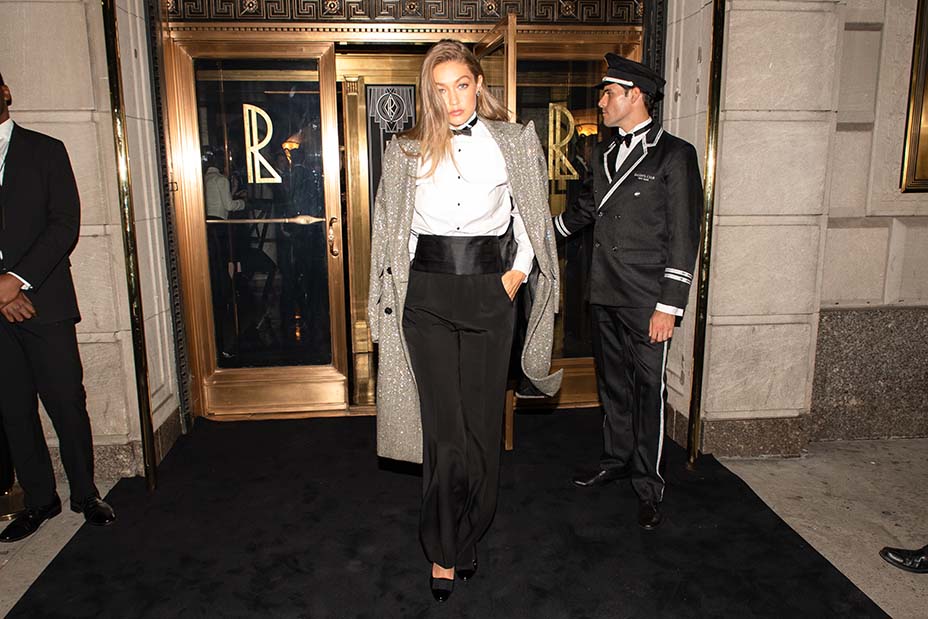 The experiential Ralph’s Club show venue hearkened back to the classy, intimate nightclubs of the Jazz Age. In a matter of weeks, Lauren completely transformed a vacant financial district space (with a beautiful marble staircase for his models to walk) by installing mirrored wall panels, Art Deco lighting and logo detailing on matchbooks, napkins, staff uniforms and even the drum set onstage, part of a big band ensemble.

The collection was an ode to the tuxedo (an integral part of Lauren’s collections since his very first show) in an array of elegant new forms for women. In the mix were jumpsuits, dresses, skirt-and-shirt or -vest ensembles and, of course, suits — all reinvented with pops of bold color and a texture-rich mix of leather, sequins, velvet, satin and faux fur. A crisp white shirt with a black satin bow tie and cummerbund never looked so good.

Supermodel Gigi Hadid opened the show to perfection in a traditional tux look finished with a shimmery silver herringbone topcoat. Monae took to the stage in her second look of the evening: a halter-style tuxedo top, with the detached white cuffs worn on her wrists like bracelets, and a full black skirt cinched with a cummerbund. Another standout twist on the traditional tux shirt was a version with softly ruffled, wide organza sleeves, and all eyes were on a yellow tux vest paired with an ethereal washed organza skirt. Among the many red carpet-worthy looks was a glam sequined crimson tulle gown with a plunging neckline, rocked by Bella Hadid. 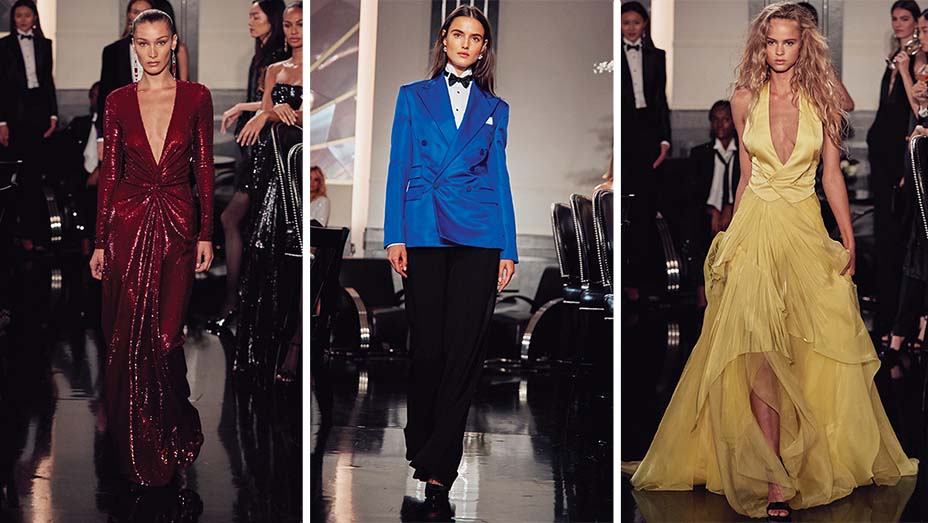 “I just want to say, I think you really truly are the most amazing American designer we have!” Monae gushed to Lauren from stage, before crooning a series of classic jazz tunes, including Frank Sinatra’s “Night and Day” and “Fly Me To The Moon,” as many of the models sang along. The party got started when the singer-actress took her act to the floor, tossing a glass of wine into the air with a splash and climbing onto chairs as Golding (in a purple velvet made-to-measure tuxedo by the brand) and Newton, among others, got up to dance.

#JanelleMonae delivers a tour de force performance of jazz standards and original songs exclusively at #RalphsClub.? ? “Hope is in the fabric of my work,” she says. “If you’ve connected properly, the audience will leave feeling better about life than when they came in the room.”? ? #RLCollection #FW2019 #NYFW #RalphLauren

“Janelle was killing it. We all got up out of our chairs and started dancing; I couldn’t sit anymore!” Newton told The Hollywood Reporter. “Anna Wintour and Cate Blanchett and Ralph were all right there, smiling and laughing. And I was dying when I realized that!”

Wearing a hand-beaded, feather-trimmed white Ralph Lauren Collection cocktail dress with a ‘20s vibe for the party, Newton said, “This whole show’s taking me back in time. I feel dressed for the occasion, like a flapper girl. This dress is from the Gatsby archive collection. I’m just a Ralph Lauren girl! I feel like if I wore those dresses, I would feel so strong and beautiful and elegant. My favorite dress was the yellow tuxedo dress. And there was a royal blue look that just made me feel something; I got chills! It’s all shaped and tailored to fit so well.” 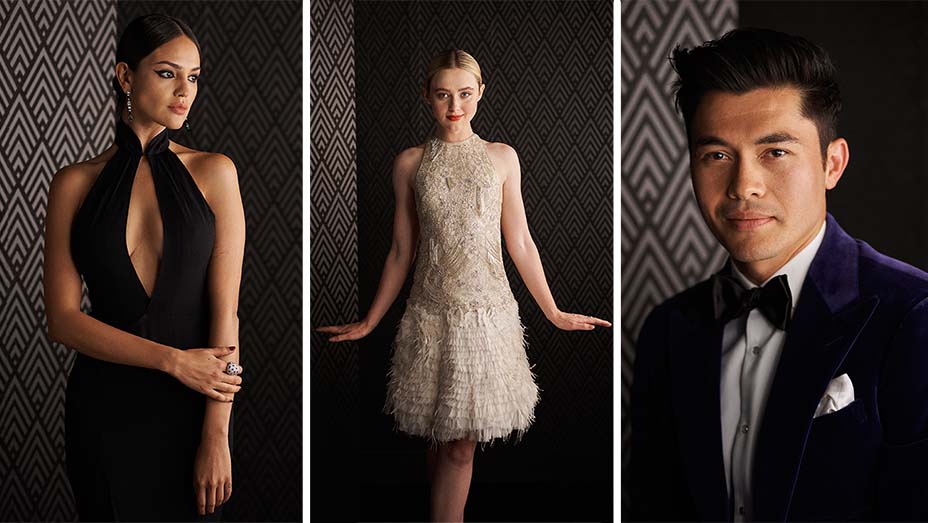 Stunning in a black keyhole gown by Ralph Lauren Collection, Gonzalez told THR, “I remember the time [in 2018] when I was going to choose my dress for the Oscars, and [then] we got the yellow dress from Ralph Lauren. The beauty is the simplicity; it’s in the cut, it’s in the detailing that makes it so chic and elegant. The dresses that he does are so timeless. He knows how to shape a woman’s figure, but also is so all-American. It’s that juxtaposition of his brand that I find so beautiful. I love a dress, because it’s very feminine, but I also love a tux. I’m a very dynamic girl, so I love a masculine-feminine look, and he captures that balance so well.”

The 29-year-old actress added that she was excited to go to the U.S. Open finals on Sunday. “I’m a big Rafael Nadal fan,” she said, “so I’m rooting for Rafael and we’ll see what happens!”

A sad signal that Ralph’s Club was, in fact, closing down after only one night, waiters began carrying the tables away while Lauren and many of his guests still lingered to talk. The good news is that the collection (since it is fall 2019)  is available to shop immediately at ralphlauren.com, where a video of the Ralph’s Club runway show is also on view.