Rumors had been swirling throughout New York Fashion Week that Jennifer Lopez might attend Coach’s fall/winter 2020 presentation on Tuesday afternoon. The presence of the brand’s most dazzling global ambassador (and star of its spring campaign) ultimately didn’t happen after Oscars weekend, but creative director Stuart Vevers nonetheless offered up a bona fide icon, inviting Debbie Harry to perform during the show’s finale. 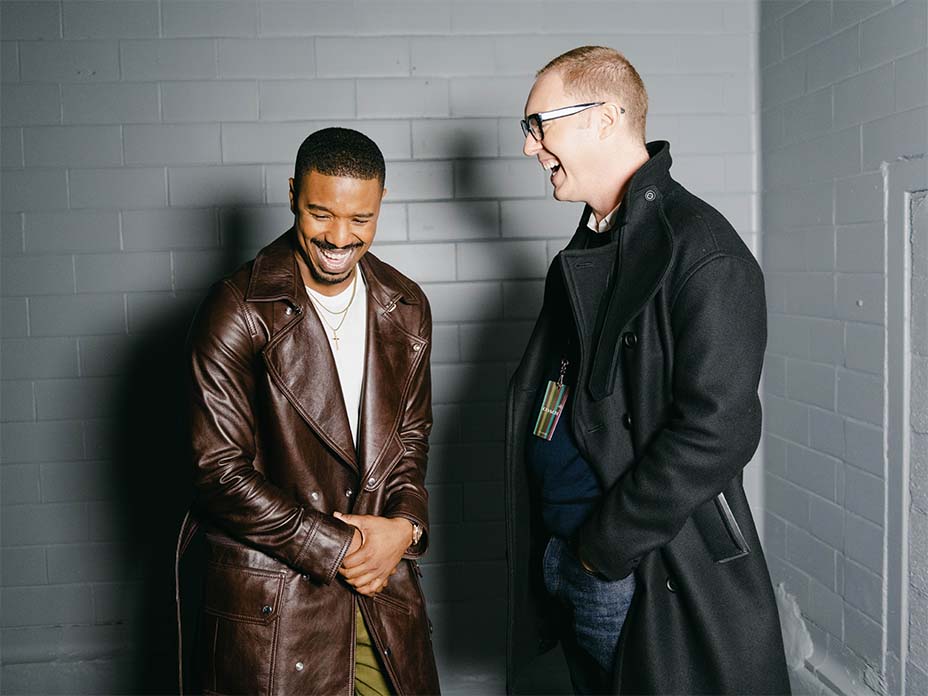 Vevers said he was inspired by 1980s New York’s downtown art scene, and particularly the work of Jean-Michel Basquiat, for his latest collection, working with the late artist’s estate to employ elements of his abstract work as prints on clothing and a series of geometric handbags. (Vevers also created a see-now, buy-now moment with a selection of printed circle bags.)

Basquiat’s sisters Lisane and Jeanine were present with stepmother Nora in the front row, while the artist’s niece Jessica Kelly walked the show. “Coach has done a great job in capturing the texture, detail and energy of Jean-Michel’s work,” Lisane said in a statement. “We are really impressed with Stuart’s vision and attention to the spirit of the work.” 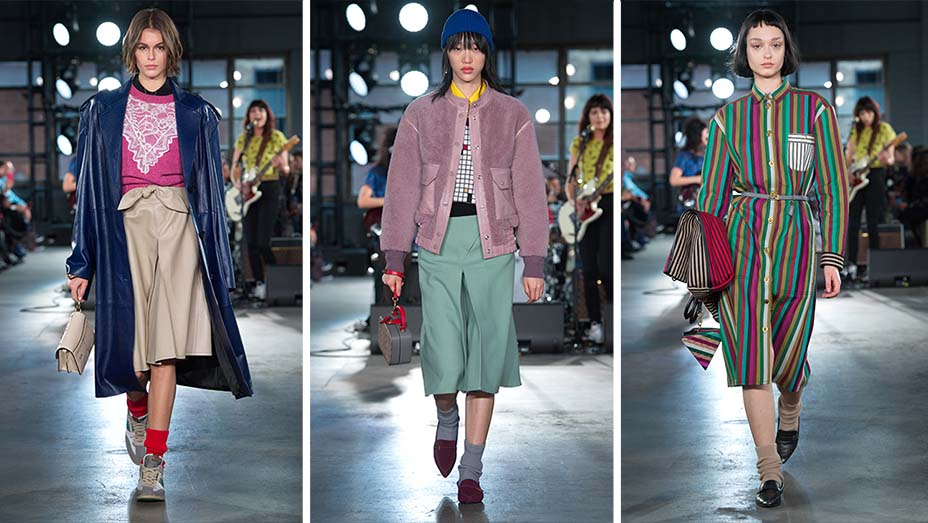 Also in the front row: Coach ambassador Michael B. Jordan, Megan Thee Stallion, Jon Batiste, Camila Morrone, Zoey Deutch and tennis star Naomi Osaka. They gathered for the show in a 12th Avenue warehouse, chosen for the edgier vibe that no longer can be found in the SoHo lofts, which have become decidedly tonier since the days of Basquiat, Warhol and other icons of the contemporary art scene of the early ’80s.

Punk-rock band the Coathangers was enlisted to perform Blondie covers during the show, which kicked off with a model wearing separates topped by a trench in camel-hued leather. Outerwear has been key to so many collections this week, and Coach was among the labels going all in with a variety of styles, from that leather trench to wool car coats, cropped bomber jackets and shearling dusters. 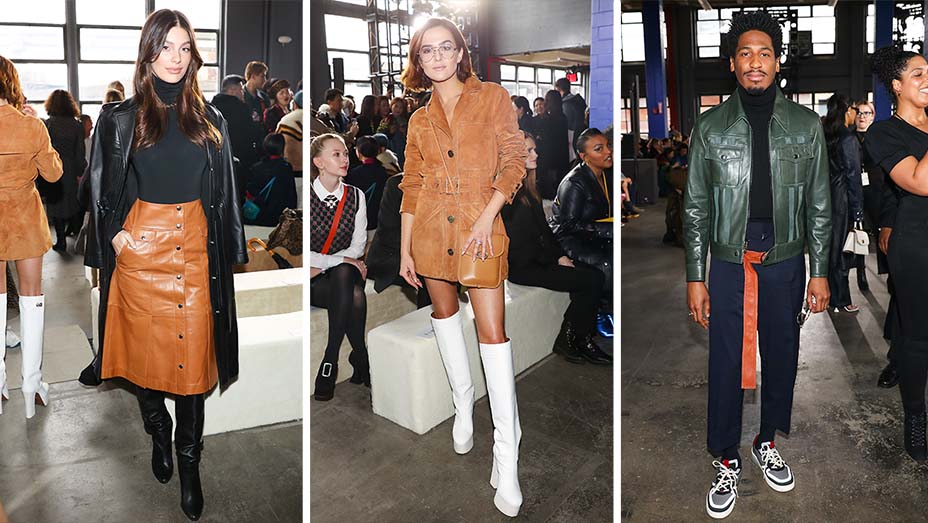 A handful of pieces – those structured bags, a women’s coat, a men’s sweater and a plush oversize scarf – were splashed with the Basquiat illustrations, but Vevers also mined the Coach archives for the season’s other key print. Colorful stripes have been almost as important to the brand’s legacy as the baseball-glove leather it’s been using to craft handbags since 1941. As the brand nears its 80th anniversary, Vevers put those stripes on steroids in men’s and women’s separates, a pair of shirt dresses with contrasting pockets and a few more standout coats.

Then he pulled out one more surprise: Harry herself, wearing a dress and camel coat emblazoned with Basquiat prints, arrived to join the Coathangers for a performance of “Dreamin’” while models walked the finale. If Coach’s creative director was seeking to shape a narrative of downtown cool and classic legend, he couldn’t have found a better icon to showcase it. 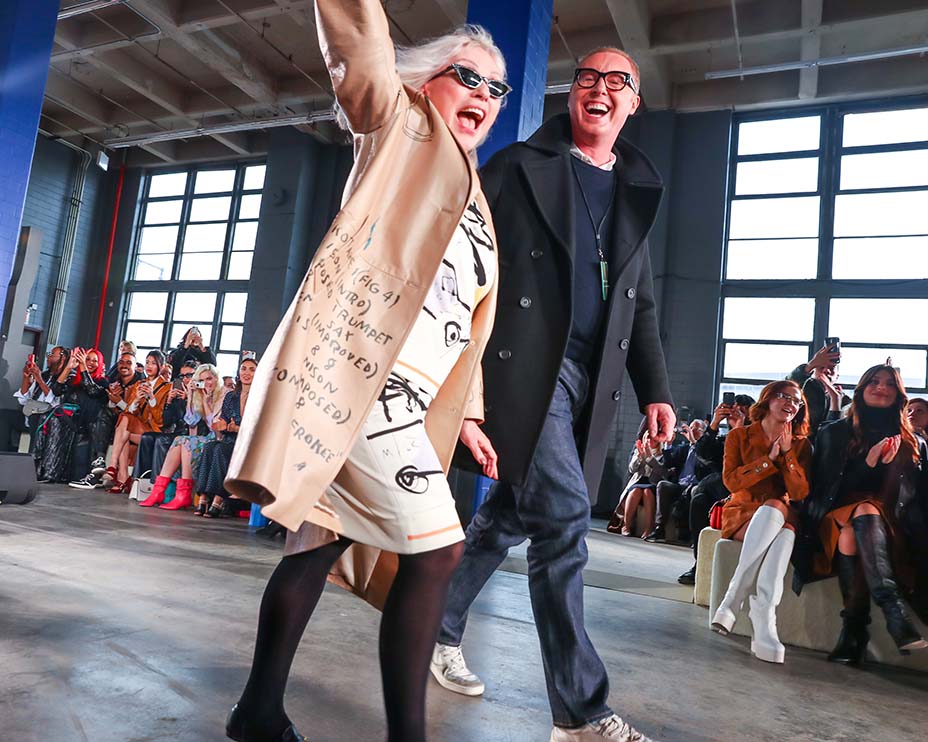