Could there be a more glamorous setting for a fashion show than the Rainbow Room, way up on the 65th floor of New York’s Rockefeller Center? In this high-wattage location, Prabal Gurung presented an ode to the city he calls home with his fall 2020 collection Tuesday evening, but amid the 1930s chandeliers and a cinematic color scheme partly conceptualized by no less than Vincente Minnelli, undertones beyond glamour could be found in Gurung’s message, for those who paused a moment to look.

“I’ve put out collections with big slogans and T-shirts, but this season I wanted you guys to figure it out,” Gurung told The Hollywood Reporter backstage after his show. “There were a lot of white suits and white coats, for example, that symbolize so many things happening right now. Ultimately I celebrated New York because it is the most defiant city, and in this particularly divisive time, that is what is needed right now.”

Previously, he debuted “The Future Is Female” tees for a feminist finale, while his 10-year anniversary show in September sent models down the runway wearing sashes that asked, “Who Gets to Be American?” 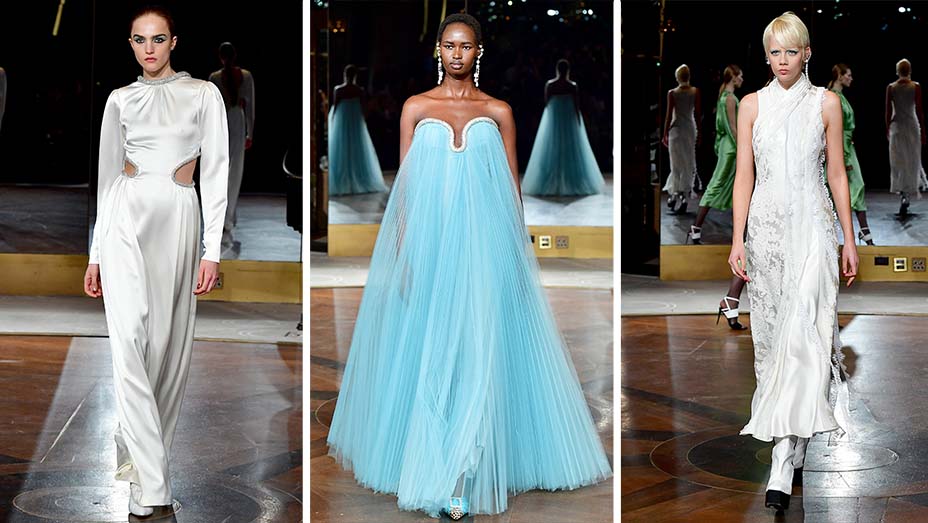 White was indeed dominant in Gurung’s fall palette, a shoutout to the tone adopted during the 2016 presidential election as a nod to the suffragettes of the early 20th century, who wore the color as a symbol of their movement. Gurung feels attuned to white as statement dressing for fall, especially with another presidential election on the horizon. From a tailored white tuxedo and floor-length coat with black lapels to a high-necked silk gown with waist cutouts edged in beading, Gurung is imbuing the idea of winter-white dressing with new layers of meaning.

It was just one element in a show designed to celebrate New York in all its gritty glory, he said, an idea that started with the music, a somewhat plaintive version of “New York, New York,” courtesy of Washington Square pianist Colin Huggins. “From uptown glamour to the vibrance and culture of Harlem, the gaudiness of Times Square, and the dark romance of the Lower East Side and Brooklyn, which is where I settled when I came here and knew no one, I wanted to embrace all of it,” Gurung explained. “To me New York isn’t a city; it’s a feeling. It’s a place where dichotomy exists, and where hopeless, audacious, impossible dreamers like us come to try to make a living. I came here knowing no one, but all these artists I loved — Warhol, Basquiat, Debbie Harry, Madonna — they beckoned me here.” 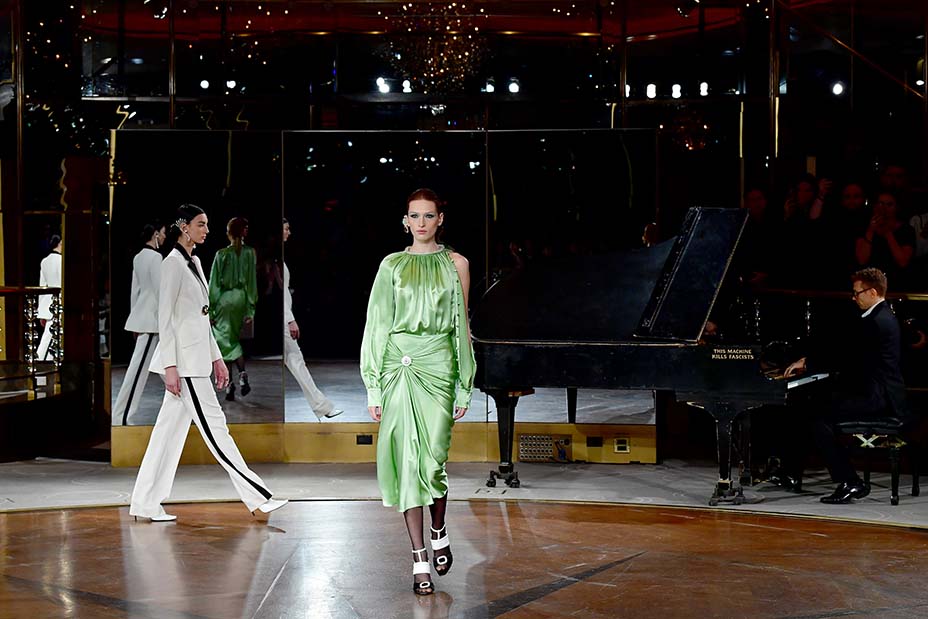 Gurung is always equally thoughtful about his model castings, and that was especially true of a show meant to highlight the diversity of New York. Though there were two famous faces, Anh Duong and Isabeli Fontana, Gurung likes the idea of populating his runway as he might a dinner party in his home. “Among your friends, you don’t see age or color or race or gender differences or identity,” he said. “I also liked the idea of opening the door to the Rainbow Room, this most glamorous place, for people who perhaps have never been here before and who think a dream like this might never be theirs. I wanted to show them: Listen, this is a possibility, all you have to do is dream it, like I did.”

On the front row, Indya Moore, Logan Browning and Broadway producer Jordan Roth were among those who have embraced a similar path in their own lives. “New York for me has this extraordinary ability to be my home and my place of comfort and familiarity, but also my place of aspiration and discovery — how is that possible?” Roth said. “And I feel like Prabal also really understands that; he produces clothes that are about color and joy, and in doing so, he’s able to excavate our joy for us, and allow us to revel in it.” 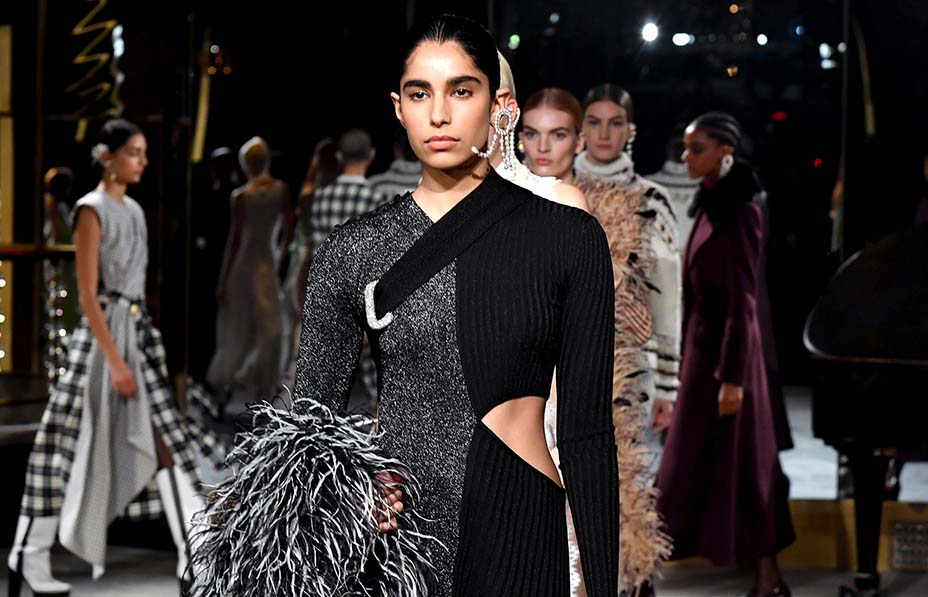 Indeed, while Gurung infused this New York-centric fall collection with undertones of diversity, inclusion and acceptance, ultimately these were optimistic, happy clothes, from the floral-print dresses and the power of a tailored leopard suit to breezy feather jackets or the vivacious addition of a feather boa to accent a suit or dress, as well as a fluffy tulle ball gown in baby blue, edged in beading on its curvaceous strapless neckline. Anyone wearing these clothes surely would think that if they can make it here, they can make it anywhere. “I live by moments, because I’m a joy chaser, and at the end of that chase is happiness,” Gurung said Tuesday night. “So those moments are what I reflect on, and this collection is an ode to that.”