In an era of constant movie remakes and fashion trends inspired by the early 2000s, pop culture nostalgia is at an all-time high. But for film and TV buffs, few logos or brands are as memorable as Blockbuster’s blue-and-yellow ticket stub (call it a coincidence that Pantone’s recently announced 2020 color of the year is classic blue).

Although almost all Blockbusters shuttered by 2014 — today, one lone store in Bend, Oregon remains — clothing label Dumbgood is resurrecting this millennial mainstay in a new, officially licensed streetwear collection. The line will be available at a Blockbuster pop-up shop in New York, running from Dec. 6 to 15. 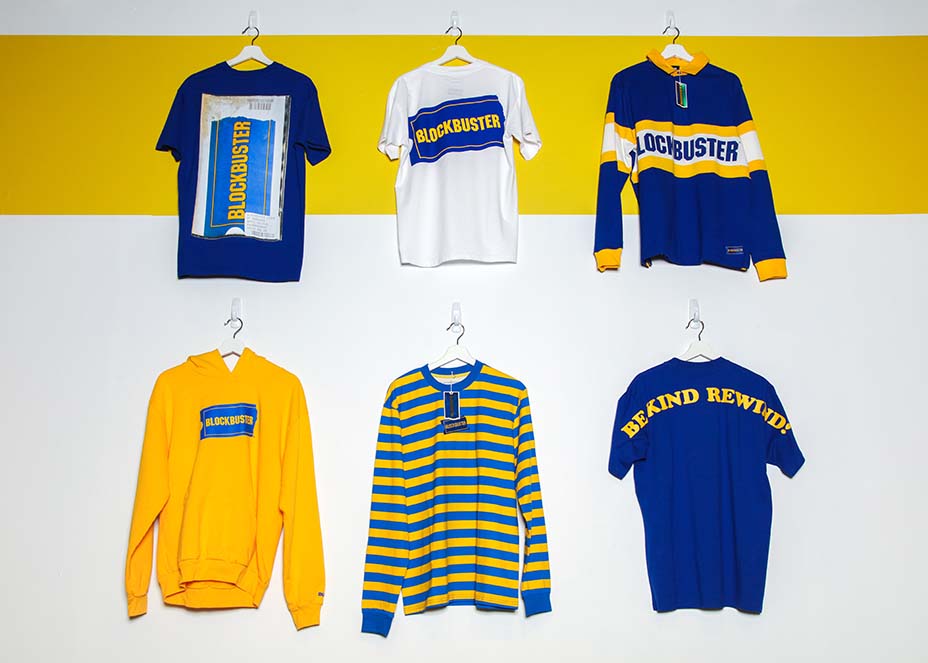 Walking into Dumbgood’s NYC pop-up in SoHo, shoppers are made to feel like they are stepping into the video rental store. Film posters and white shelves full of cult classic VHS tapes line the space. In addition to fresh popcorn and themed drinks (“No More Late Fees” was a vodka and grapefruit option), the Dec. 5 opening party featured a step-and-repeat with a backdrop made of hundreds of VHS case bindings. Everything is made to complement the blue-and-yellow-emblazoned clothing and accessories, which range from a $12 keychain to a $368 VHS chain necklace. Highlights include “Be Kind Rewind” shirts, socks and reusable totes, as well as striped polos, which are Dumbgood’s reinterpretation of the Blockbuster employee uniform.

While not logo-ed, there are also two-toned Saucony sneakers, a NYC-exclusive product. Dumbgood uses the pop-up space to display some of their most popular film and TV merchandise, as well as new releases, including a Seinfeld collection, only available in New York. 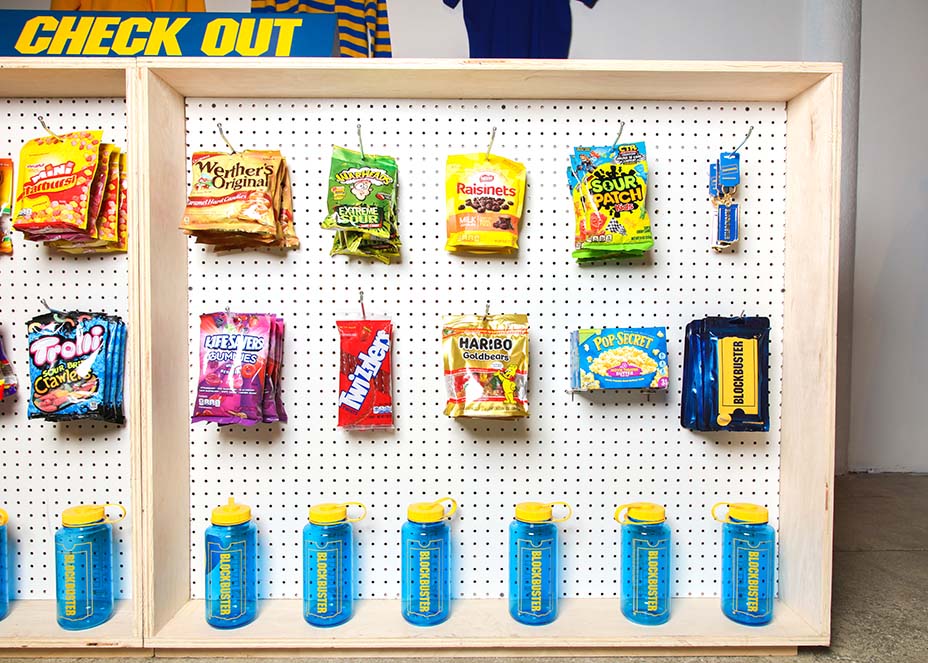 “When Stranger Things season three came out, Target already had something like 100 items available for purchase, but when Blockbuster and Goosebumps and movies, such as The Shining, were around, merch was not a thing,” says Amelia Muqbel, who co-founded Dumbgood with Justin Deanda, to The Hollywood Reporter.

While the company is just two years old, Muqbel attributes their success in partnering with major brands to Deanda, whom she calls a “licensing guru” with 15 years of experience. Dumbgood’s apparel is also sold at Urban Outfitters. “We are looking back at brands we really want to wear that didn’t get that retail moment.”

Since the brand sells tees and hoodies featuring horror movies like Scream, A Nightmare on Elm Street, The Craft, The Exorcist and Halloween, it feels only natural that Dumbgood would create a line for the place where such genre-defining classics could be rented and viewed by the masses. 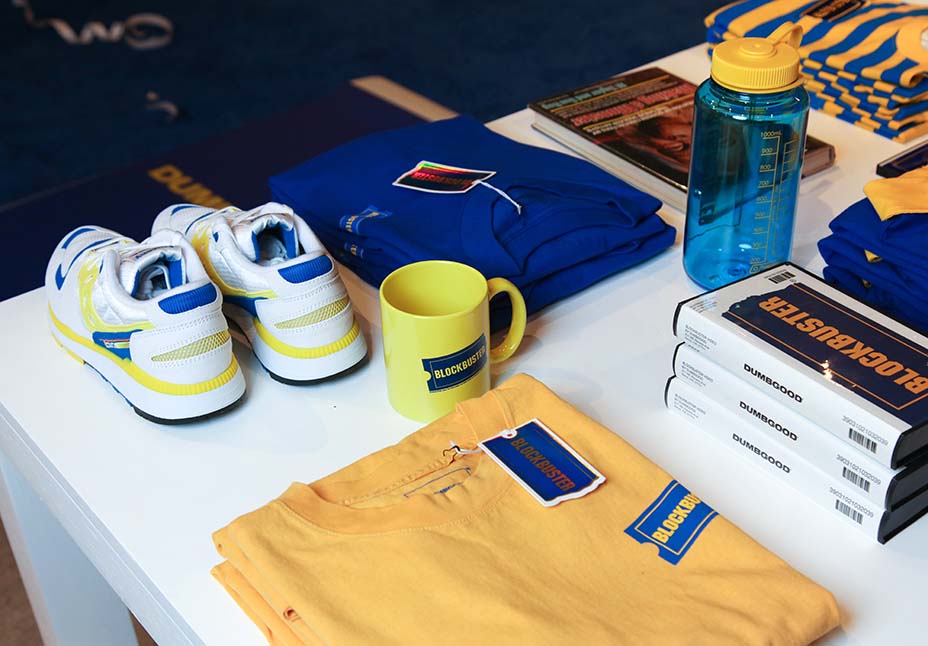 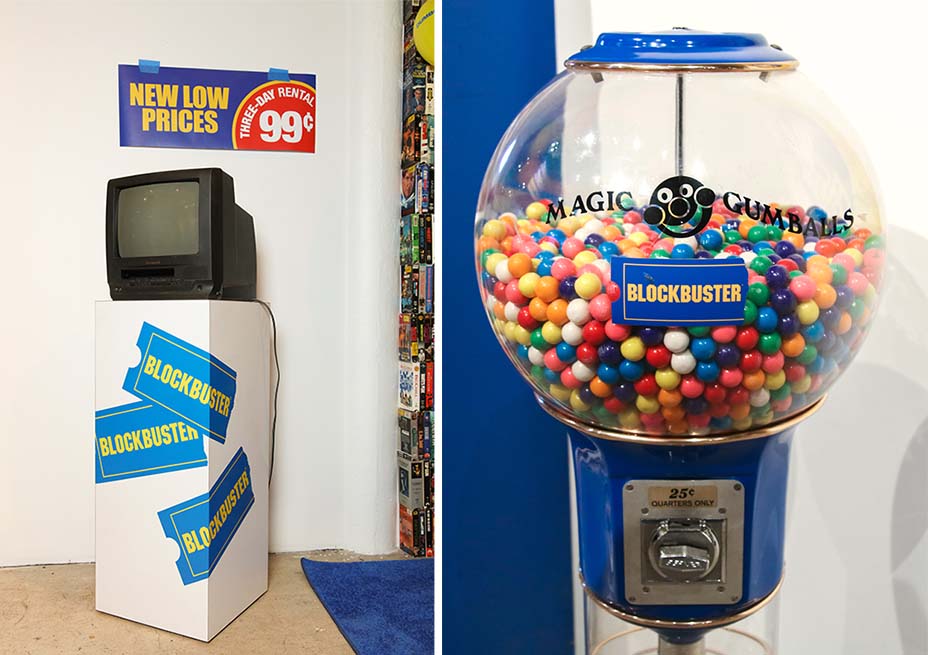 Pieces from the Blockbuster collection first launched online this summer, and after seeing consumers’ positive reaction, Dumbgood held a small weekend-long pop-up in Los Angeles’ Little Tokyo neighborhood. Though the company is based in L.A. and Dallas, Muqbel says they wanted to bring it to her native East Coast. “Usually we drop something and are on to the next, but Blockbuster is such a global brand. People from all over the world remember it,” she says. “It’s cross-generational. I love Blockbuster, but my mom is the one who drove me there to ‘just pick out one movie.’”

As for future Dumbgood drops, Muqbal shares that 2020 will see more global brands, similar to Blockbuster, in the spotlight. A new decade may be on the horizon, but it looks like nostalgia is here to stay.

Dumbgood’s Blockbuster pop-up is open from December 6th through 15th at 13 Crosby Street. 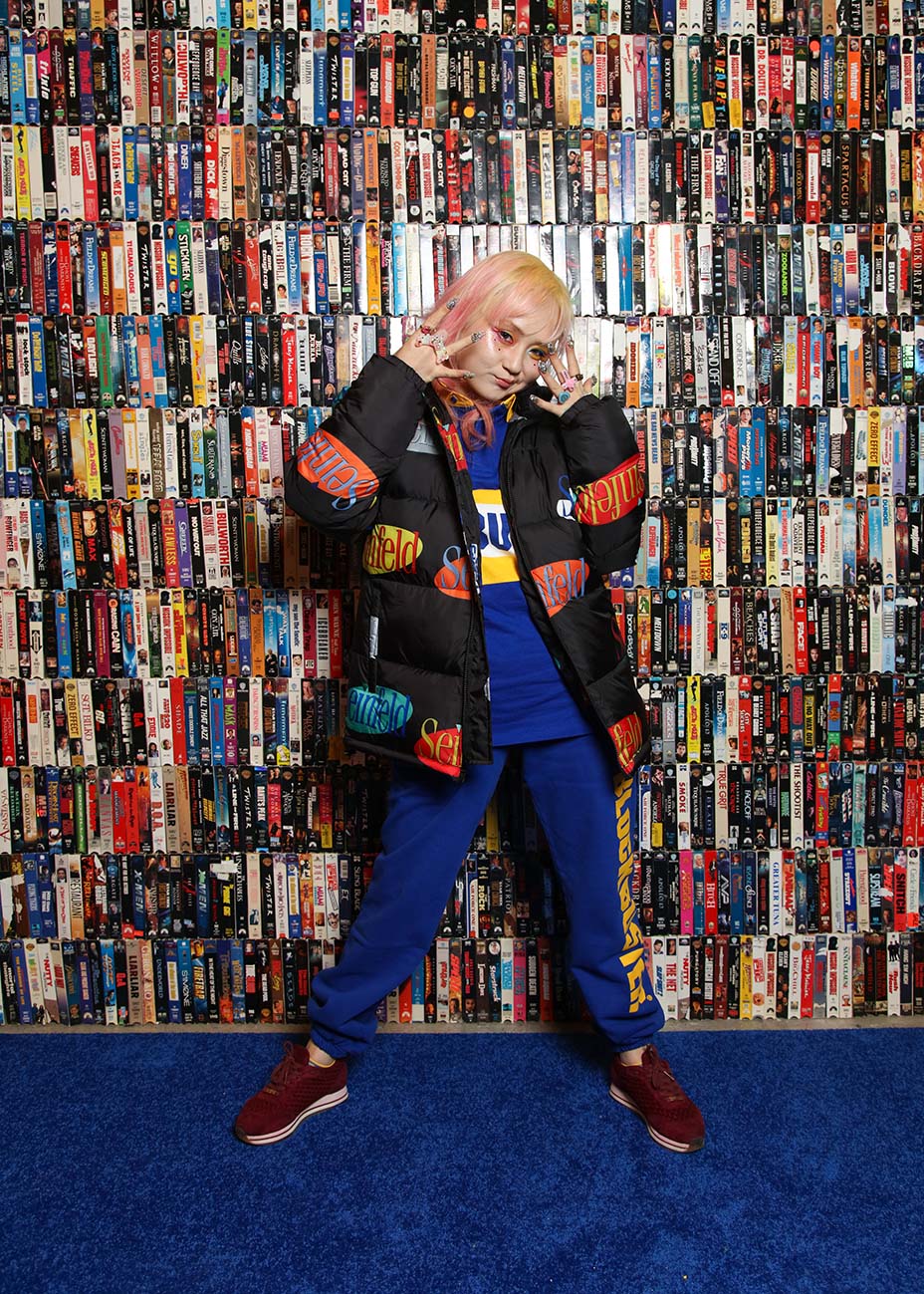