The actress, who was styled by Karla Welch, wore a shimmery fire-engine red, sequin-dusted gown with a plunging neckline by hometown hero Michael Kors, the quintessential New York designer (and an avowed Broadway fan). She was seeing red, too, with rosy eye makeup by artist Hung Vanngo. The ensemble was completed with Tiffany & Co. jewels, a Planned Parenthood pin and a gold Edie Parker clutch. 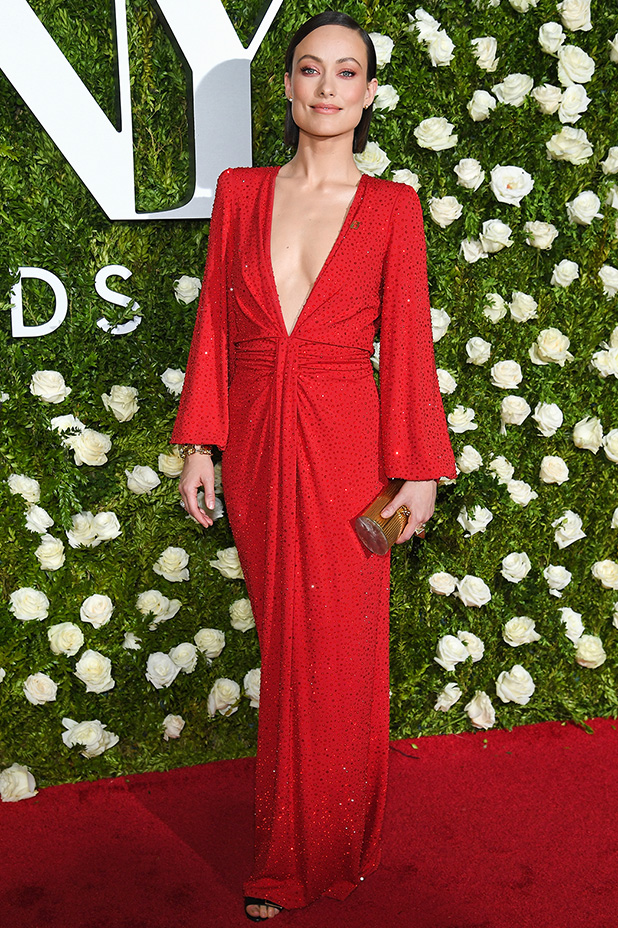 Wilde is set to make her Broadway debut in 1984, starring opposite Tom Sturridge and Reed Birney. The stage adaptation of George Orwell’s dystopian novel began previews May 18 before its June 22 opening at the Hudson Theatre.