Chances are when you walk down the street, your ears encounter the sounds all around you — a car door slamming, heels clicking on a sidewalk, the rev of a motorcycle engine — as merely noise, the cacophony of city living.

“It’s possible to create an amazing song with the rhythm of life,” says Rousteing, who in 2019 will celebrate 10 years with Paris-based Balmain (he was named creative director in 2011). “It doesn’t matter if you’re on the Metro or you’re at the place where you get your coffee every morning. Everywhere you can find an amazing sound if you take the time to listen.”

That’s the premise behind The Balmain Beat, the video that premieres today from the French fashion label (see it here) to highlight the Fall 2018 collection that just arrived in stores. Rousteing routinely looks to music for inspiration — his Spring 2019 menswear collection is an homage to Michael Jackson, from the combo of black leather loafers with thick white socks to riffs on the iconic jackets the King of Pop wore for his now-legendary “Thriller” and “Beat It” videos. “I cannot sketch or create without music; it’s always been my inspiration from day one,” Rousteing says. “Michael Jackson, Prince, David Bowie, George Michael — they’re always iconic for me and made me love fashion, not just in the way they dressed, but how they used fashion as a form of self-expression.” 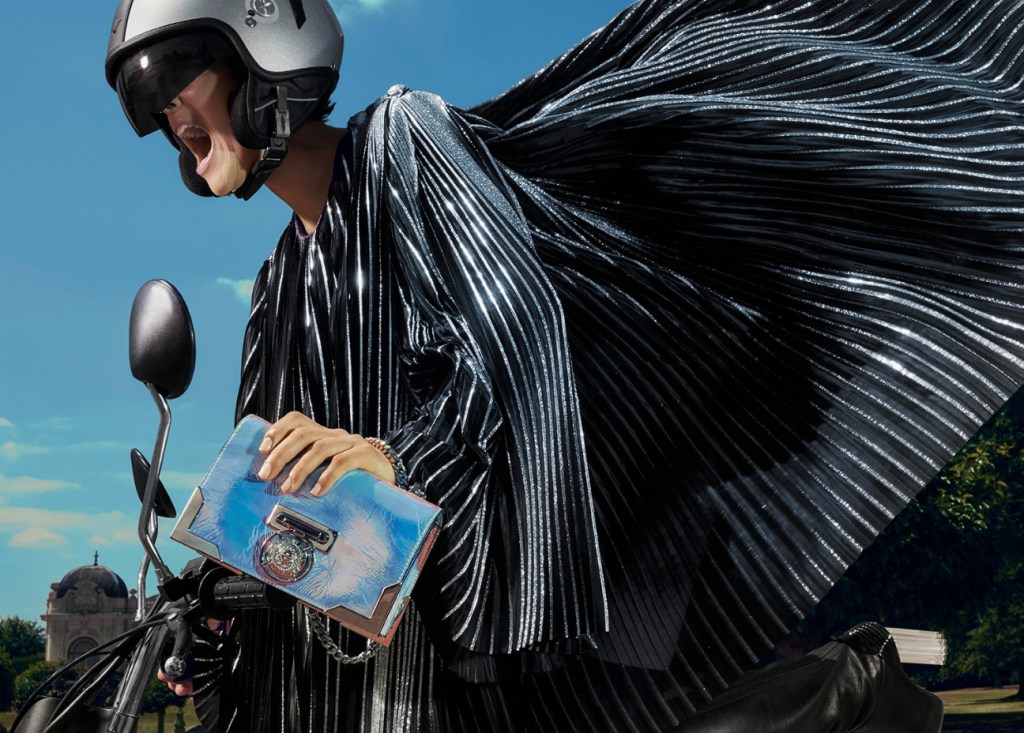 For his latest visual statement, Rousteing thought about taking this idea a step beyond finished music. “I’m known for creating the Balmain Army, and I wanted to do a new version of that,” he explains, name-checking the cadre of models and style icons he employs for Balmain campaigns. “I don’t just love music, I’m obsessed with movies as well, especially those films that mix many people and many different situations to create one story. I’m always trying to push fashion to different levels.”

That’s how The Balmain Beat was conceptualized, as an orchestral collection of street-driven “instruments” to craft a modern-day song. Rousteing enlisted a diverse cast, each of whom was assigned a specific sound, and filmed all the components of the video over three days in London earlier this summer. Among the video’s dozen disparate elements: Milla Jovovich scrapes the soles of her thigh-high Balmain boots along the cement in a warehouse setting, while Daphne Guinness slams the cab door of a red tractor-trailer; singer-songwriter James Bay creates a beat using a spoon against a glass and a coffee cup, and L.A.-based musician and DJ Charlotte Lawrence pounds out a rhythm on a pinball machine.

The scheduling of these diverse talents, Rousteing says, was not easy. “It took six months to figure everything out so we could all be together at the same time,” he notes. “But I wanted each of them to hear and see what the others were doing. And in the end, when we were together, everyone was just talking and having fun. All of them have been such an amazing inspiration to me, so I loved the idea of bringing them all together in one campaign, of combining all these talents from multiple generations.”

Balmain's Olivier Rousteing on His Love for L.A., Kylie Jenner and Brigitte Macron

Rousteing partnered with video director Jake Nava, known for his work with Beyonce and Britney Spears, and producer Ludwig Goransson, who partnered with Donald Glover on the music for his Childish Gambino alter ego, to compose both the look and the sound that arose in The Balmain Beat. “Jake has always fascinated me; he’s worked with Beyonce, Adele and so many different artists, but he finds a way to connect to the DNA and strength of everyone,” Rousteing says. “And Ludwig is just a genius for showing how everyone possesses a different and unique instrument within themselves.”

What’s most intriguing about The Balmain Beat, however, is how Rousteing chose to release the video. Starting Tuesday, Sept. 4, each individual sound and castmember was awarded his or her own moment and debut on the label’s site. The finished video premiering today is the finale, the symphony-like blend of all those ingredients. “People are sometimes scared to do something new, but the reality is that it’s only interesting when you go someplace where no one has gone before,” Rousteing says of his concept. 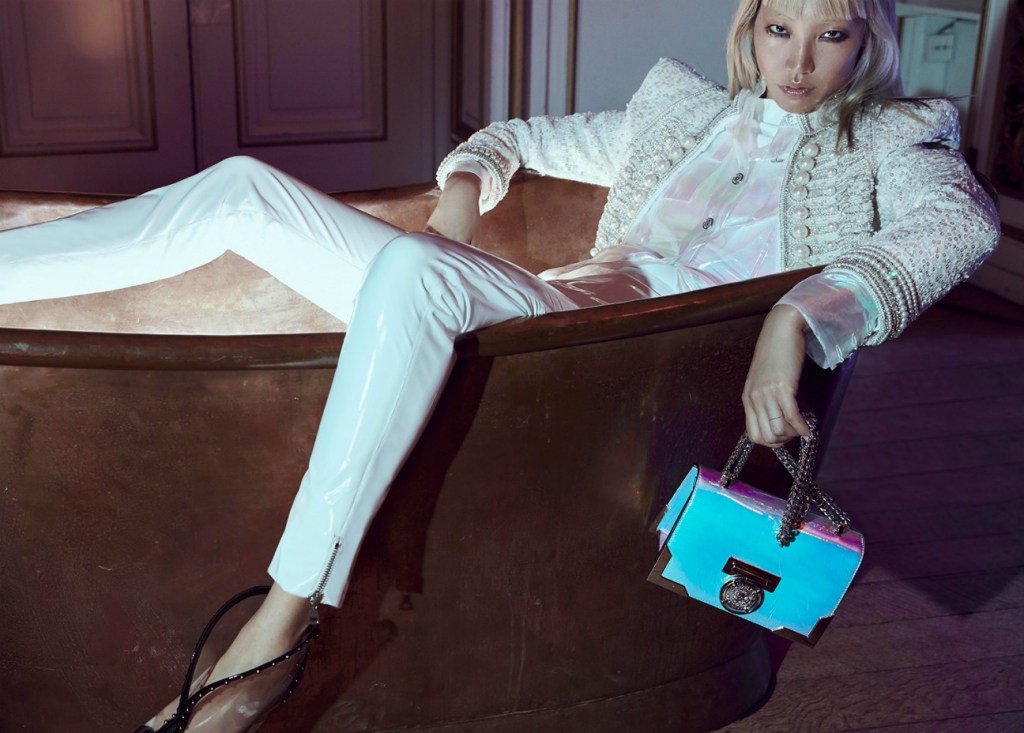 And while this short fashion film, at just 130 seconds, is rooted in a high-style idea, Rousteing doesn’t deny that the goal is also, simply, to seduce you into the brand, to entice you into a look at his latest designs. “I am always the guardian of Balmain, which has its own huge history,” he says. “We work for six months to make these clothes happen, so of course it’s about treating them like art pieces in a way, about being respectful. It was actually really wonderful to see how both the cast and the crew were respectful of this, of understanding how much work and craftsmanship can go into a dress or a jacket.”

Unsurprisingly, Rousteing, who turns 33 on Sept. 13, hopes you also will take a moment to look deeper into The Balmain Beat, to explore beyond the boundaries of the video to consider what it might mean in today’s world. “Sometimes I feel like people have just one way to say, ‘This is chic, this is luxury, this is cool,’” he says. “But fashion is more than that. We are witnesses of our time. I’m very passionate about inclusivity; I’m mixed race myself, and I look for diversity in everything I do. And listening is a key to that inclusivity. There’s a rhythm of life happening all around us. You won’t be scared of what happens tomorrow, if you take the time to listen.”