A celebratory party in Miami after the confident and brash 22-year-old boxer Cassius Clay (pre-Muhammad Ali) shocks the sports world by beating heavyweight champion Sonny Liston sets the stage for director Regina King’s One Night in Miami. Chronicling the fictionalized meeting of four famous friends during the tumultuous days of 1964, the guest list includes Black icons from the fields of music (Leslie Odom Jr. as Sam Cooke), sports (Aldis Hodge as Jim Brown and Eli Goree as Clay) and activism (Kingsley Ben-Adir as Malcolm X).

Dressing the enigmatic quartet at a time when civil rights was knocking on the back door, costume designer Francine Jamison-Tanchuck chose conservative clothes with a nod to the stylish trends that defined an era of men’s fashion. Post-beatnik and pre-hippie, the outfits are pure mod with a silhouette of skinny pants, box-shaped coats and slim ties that were stylish and traditional and also allowed them to fit in with the establishment.

Oscars Snubs: Chadwick Boseman, Viola Davis and 'Trial of the Chicago 7' Shut Out

The looks, much like the legends themselves, represent a snapshot in time. “If you present yourself in a certain way, then people will go along with it,” she says. “At that particular time, many African Americans didn’t have the luxury of doing a lot of things and had to look at how they could be accepted and navigate through certain issues and problems of that particular day.” 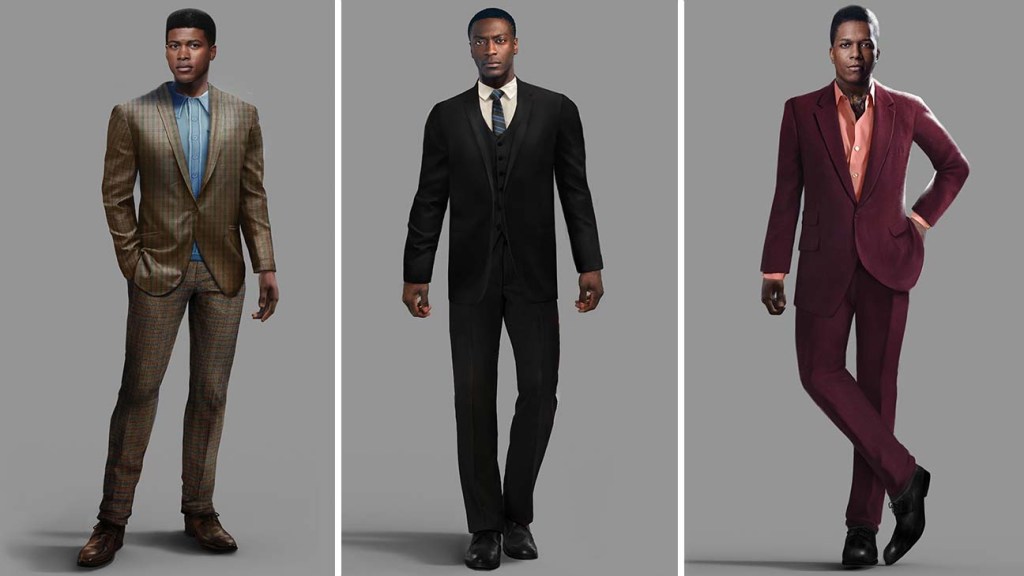 “After a performance, I kept in mind that fighters like going out in a nice sport-coat suit or sometimes a tuxedo,” Jamison-Tanchuck says of her look for Cassius Clay. As he was the youngest of the group, she chose a more informal polo shirt made in Ban-Lon that was emblematic of the day and “gave Clay the ability to flex his muscles.” While most of the items were made from scratch, she looked to the British company Retro Style for multiples of the boxer’s shirts.

“I was fortunate to find a video of the Sonny Liston fight and saw Jim Brown in a three-piece suit,” says JamisonTanchuck, whose career spans four decades and includes creating costumes for 2016’s The Birth of a Nation and 1989’s Glory. “It gave us the ability to re-create as much as we could for that historic event.” Favoring the sheen of the woven worsted wool, she calls the suits “youthful for the times. I love how the light reflects the shimmer.”

“Cooke was into sharkskin, so we built a two-piece wine-colored suit and purchased one in jade green from Western Costume as seen in his concerts and on the Johnny Carson show,” says Jamison-Tanchuck. She also copied a pair of cuff links given to Cooke by the club owner of the Copacabana. In contrast, Malcolm X’s style (not pictured) “was the fact he didn’t care much about style. His clothing had to be functional; that was the kind of person he was.”