Continue to The Hollywood Reporter SKIP AD
You will be redirected back to your article in seconds
Skip to main content
August 2, 2017 8:50am

A rose is a rose is a rose. Unless, of course, it is a supersize rose from the London-based florist OnlyRoses, which claims that its blooms “last longer than any other roses on the market.” Let’s just say that if they are good enough for Madonna (a regular who has ordered fresh-cut bouquets to deck out her dressing room backstage at London’s O2 Arena and romantic, loosely tied arrangements for a “secret garden” themed party to celebrate her birthday at London’s Mr. Chow restaurant), they’re good enough for us.

Husband-and-wife owners Anian and Sabine Schmitt, who debuted OnlyRoses in London’s tony Knightsbridge neighborhood on the block adjacent to Harrods in 2007, relocated last month from Dubai to Brentwood to launch their first U.S. boutique at  9631 Brighton Way in Beverly Hills later this month, they told THR exclusively. The company also has a warehouse on Santa Monica Boulevard in Hollywood. In the last decade, the Schmitts have expanded with five franchise locations in Dubai, Abu Dhabi, Doha, Riyadh and Kuwait City; six additional Middle Eastern franchise stores are in the works. The Beverly Hills boutique will be the second non-franchise OnlyRoses store in the world. 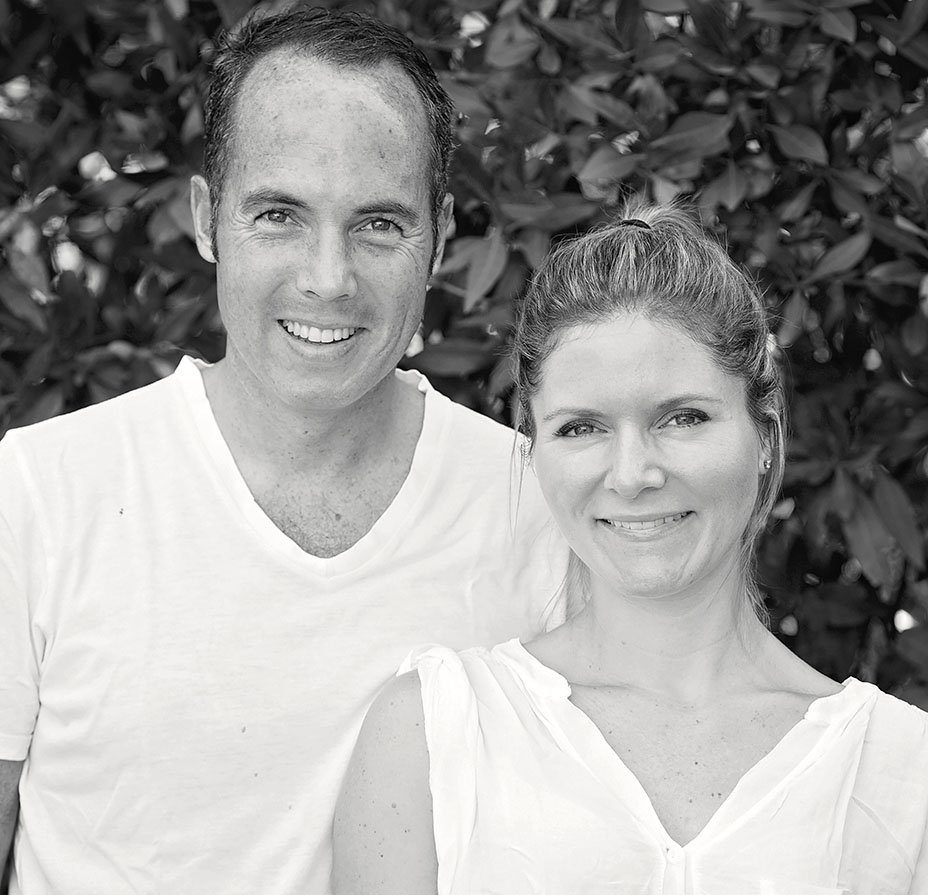 “We set out to specialize in the world’s finest roses and to do something beautiful and different,” said Sabine Schmitt, who sat down with THR at Tavern restaurant in Brentwood last week to talk shop and show sketches of the minimalist boutique designed by Italian architect Roberto Baciocchi’s firm Baciocchi Associatit, which has fashioned stores for La Perla, Prada and Miu Miu. “We consider OnlyRoses to be more of a luxury gifting brand than a florist. Our store concept is more like walking into a Prada or Cartier boutique.”

The secret behind the company’s long-lasting roses? The flowers are sourced from three to four farms in the Andes mountains near Quito, Ecuador, where there is rich, volcanic soil and the elevation and proximity to the equator form a consistent climate year-round that’s ideal to grow roses. And then they are shipped directly to stores.

“Our roses are in stores at the latest three days after they are cut, whereas if you buy from a wholesaler, the time is usually 10 days or even two weeks, so that’s why we can safely say they last longer,” said Schmitt. “One variety is about my height, over five feet tall!” 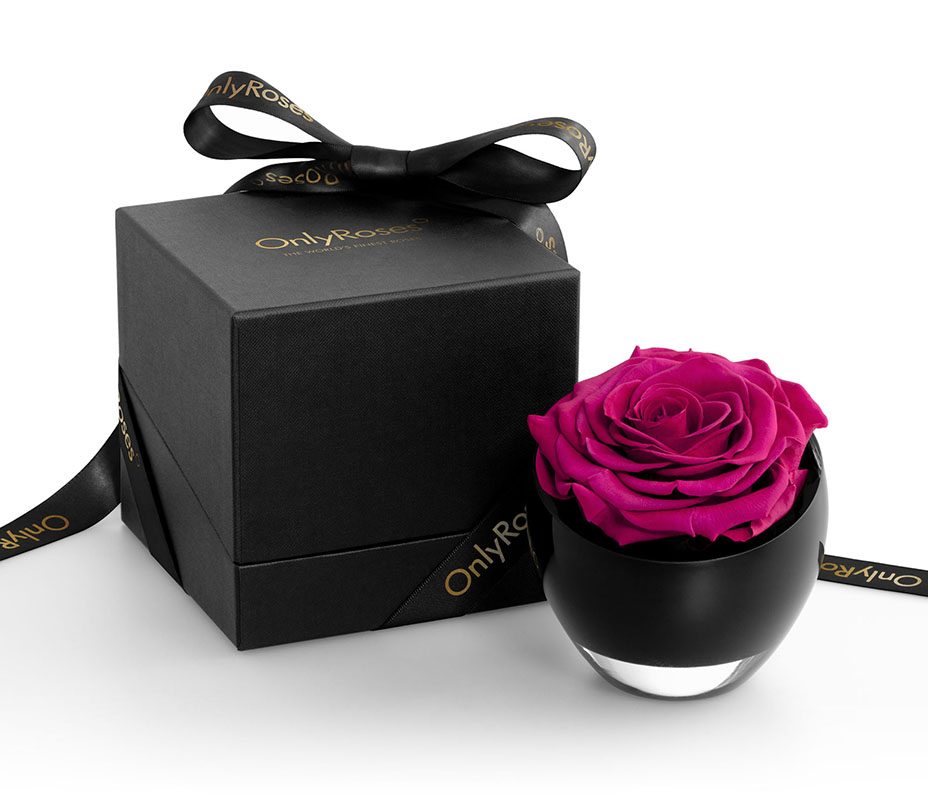 In addition to the fresh-cut ClassicRoses, the brand offers fresh-looking, naturally preserved InfiniteRoses that can last “several months, up to a year without water,” said Schmitt, through a process in which “the water is taken out of the rose and the moisture is replaced with oil that can be any color, so we even have fluorescent green and Tiffany blue roses.” While the process is not new, the upscale presentation is what sets these preserved roses apart.

A single fresh-cut rose by OnlyRoses can be purchased for $8, but the sky is the limit. Among some of OnlyRoses’ more noteworthy jobs: decorating the ground floor of Harrods with about $66,000 worth of flowers, flying a team of florists and bulk roses to Oman to embellish an entire palace for the royal family, filling a yacht with over $23,000 in roses and sending one $13,000 bouquet to a gentleman’s girlfriend in London that was too large to fit through the very spacious front door. A real estate developer in the Middle East recently ordered up $100,000 of InfiniteRoses to adorn his recently completed complex of multimillion- dollar apartments.

“We can create anything bespoke with our roses that you could want,” said Schmitt. “Because they don’t need water, we can stick them on the ceiling or make a hat for a day at the horse races or even cover an entire yacht or Rolls Royce in roses. Anything is possible.” 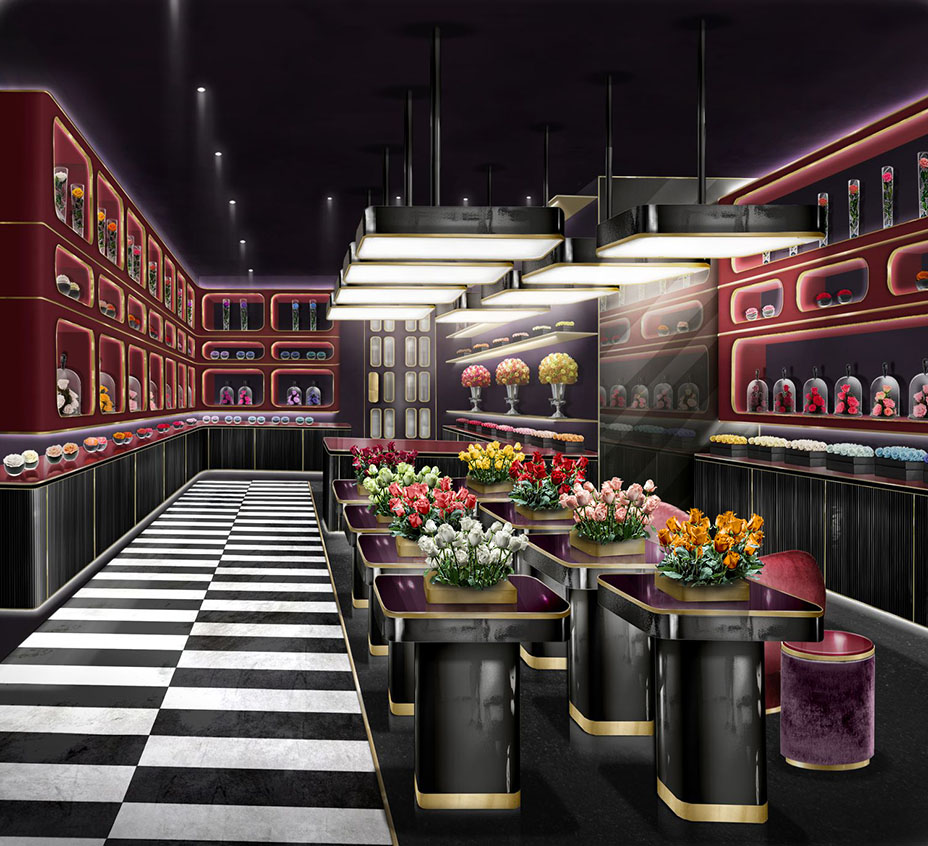