If the revival of Dior’s saddle bag and Marc Jacobs’ grunge collection for Perry Ellis are any indication, fashion’s love affair with ’90s styles is still very much alive.

Timing couldn’t be more right, as Hollywood stylists and the industry crowd are scrambling to find something special to wear to the Golden Globes this Sunday — not to mention a slew of awards season parties.

“Tom Ford is the master of glam,” James Veloria co-founder Brandon Veloria Giordano tells The Hollywood Reporter, noting that the pop-up promises no shortage of personality-packed pieces that are “the perfect mix of playful and glamorous.” 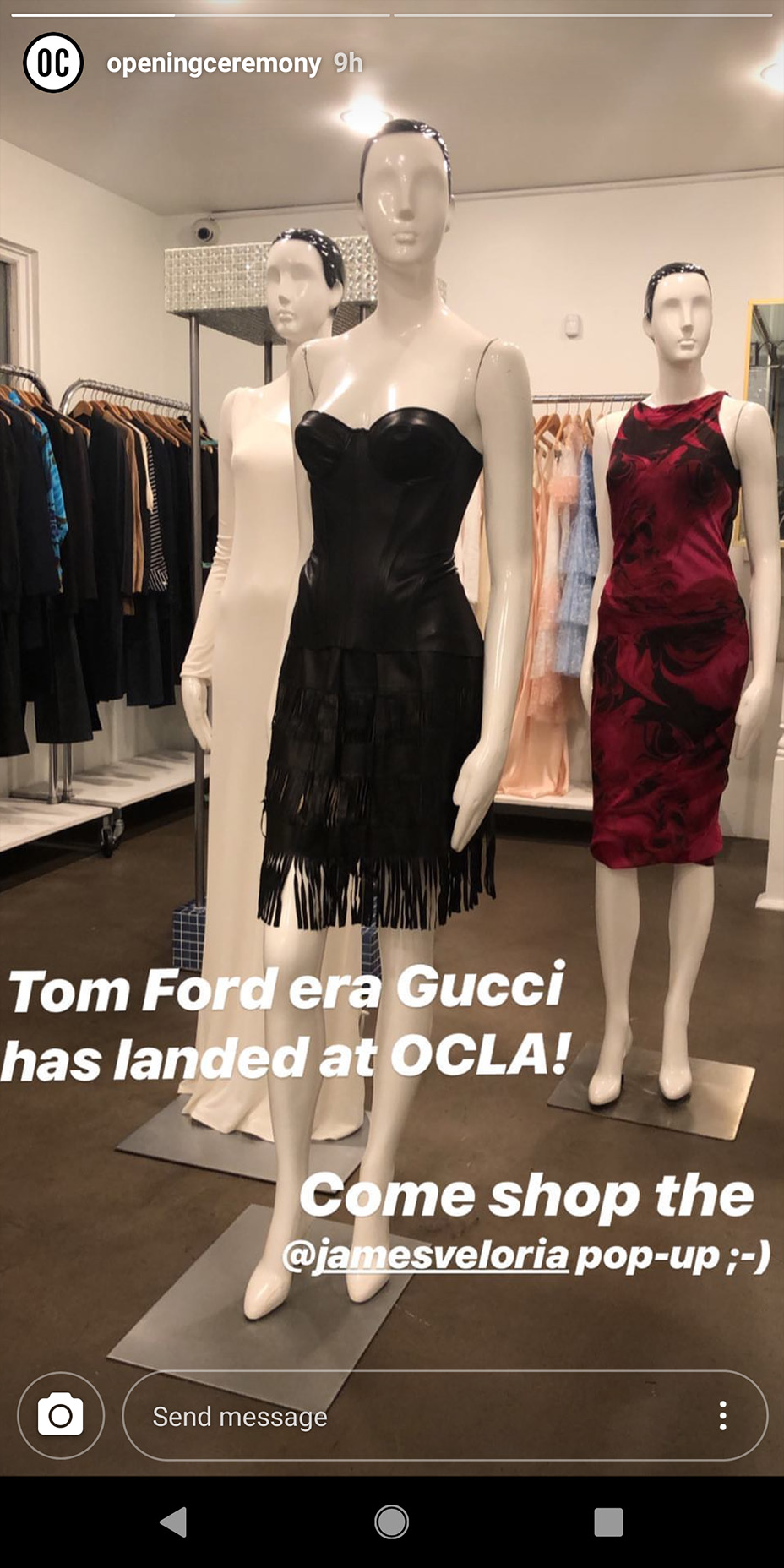 As for looks that Giordano’s clamoring for someone to recreate during awards season: “Madonna’s 1995 VMAs look would be iconic,” he says, referencing the barely buttoned silk teal blouse and black hip-hugging trousers that the pop star memorably wore to MTV’s Video Music Awards, where she name-checked “Gucci, Gucci, Gucci” in a red carpet interview.

Also up for grabs are a show-stopping $2,900 cropped white marabou feather jacket and a slinky white gown with a gold-accented hip cutout, as worn by Carolyn Murphy on the fall-winter 1996 Gucci runway, that’s going for a cool $6,500.

The news is out! This Saturday the 17th our fist designer feature in our new space will be #TOMFORD at #GUCCI (FW 1996 seen here on @annasantangelo ) and #YSL Opening is from 1-7

Giordano and his partner in business and life, Collin James Weber, founded James Veloria as an online shop in 2014 before opening their first brick-and-mortar boutique in 2017 inside a Chinatown mall in New York City.

The collectors became known for stocking statement styles from Japanese and European labels, such as Comme des Garçons, Moschino, Versace and Junya Watanabe, and quickly amassed a cult following of stylists and insiders.

Last November, the duo doubled the size of their shop with the addition of JV Retreat, a space that houses a rotating lineup of vintage designer-focused capsule collections.

They first connected with Opening Ceremony co-founder Humberto Leon four years ago at stylist-faved vintage show A Current Affair in New York, and it was a chance restaurant run-in later at Kiki’s Tavern in Chinatown that led to the pop-up collaboration. 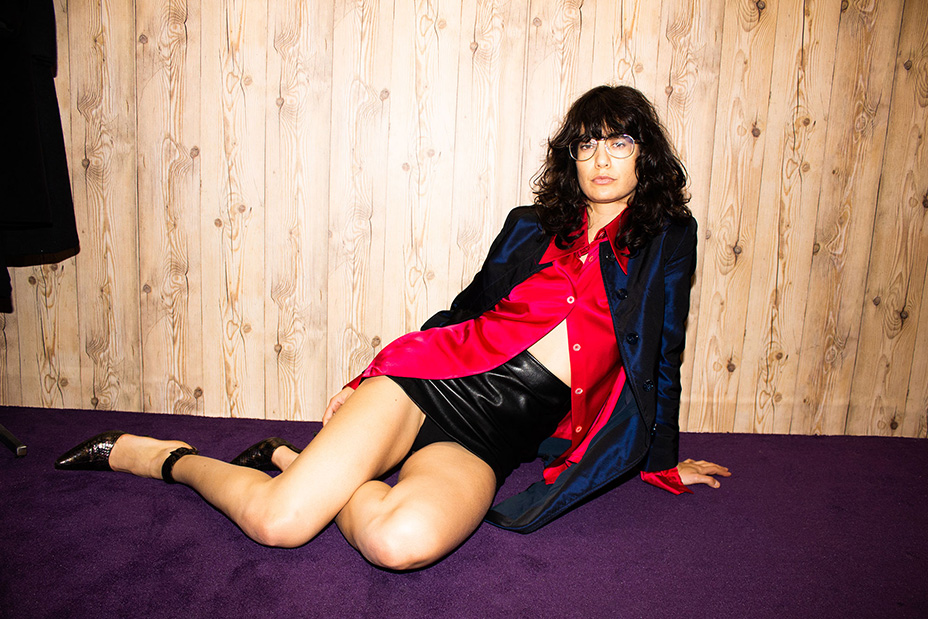 Giordano won’t name drop which stylists and industry insiders are pulling from the store’s archives this season, but he says, “It’s great that a lot of celebrities are wearing vintage and supporting sustainable fashion, and the red carpet is a great place to showcase that.”

From a Sustainability Wave to Givenchy: 6 Hollywood Trends to Look For on 2019 Red Carpets

But he admits to having an eye on Tracee Ellis Ross and Zoe Kravitz, who respectively count Karla Welch and Andrew Mukamal as stylists, during this awards show season.

“Tracee definitely brings it for every red carpet. She’s not afraid of wearing designer vintage and can pull off really interesting looks. [Kravitz] would be so good in one of the satin suits or the all-leather bustier look from spring/summer 2001. I would love to see someone in a Tom Ford Gucci satin suit instead of a dress.”