There’s a bit of symbolism about the provocative images Carine Roitfeld created for her just-launched fragrance campaign. Photographed by her daughter, the art director and model Julia Restoin Roitfeld, the fashion editor appears nude, gazing out a floor-to-ceiling window. “For me to do a perfume, it was such a personal thing, as though I would be naked in front of everyone” she tells The Hollywood Reporter. “It came from my soul, and so the idea of baring everything seemed just right.”

As the former editor of Vogue Paris and current editor of both the CR Fashion Book and CR Men’s Book, Roitfeld has enjoyed a high-wattage career watching others conjure coveted items for the world’s most luxurious labels, and the time was right, she says, to affix her own name to a product.

Carine Roitfeld Parfums, a collection of seven genderless scents, is set for release exclusively on Net-a-Porter on Monday, May 6, the same day as the Metropolitan Museum’s annual Costume Institute Gala. New Yorkers will enjoy a sneak preview, with a pop-up experience opening Sunday, May 5, at 158 Mercer St. in SoHo; Roitfeld will appear that day to sign specially designed T-shirts (a collab with Yeezy) from 2 to 4 p.m., with other events planned through Saturday, May 11.

“I have so many projects, but the one thing I really like and never did was perfume,” Roitfeld explains, noting that each of the seven scents is inspired by a favorite destination. Seven cities were chosen, designed to align with her lucky number. But don’t expect a pedestrian approach of christening each fragrance with the name of its respective city; instead, Roitfeld chose a man’s name to represent each. “I liked the idea of seven cities as seven lovers,” she says. “It also plays into the addiction of perfume, which is such a seductive thing.” 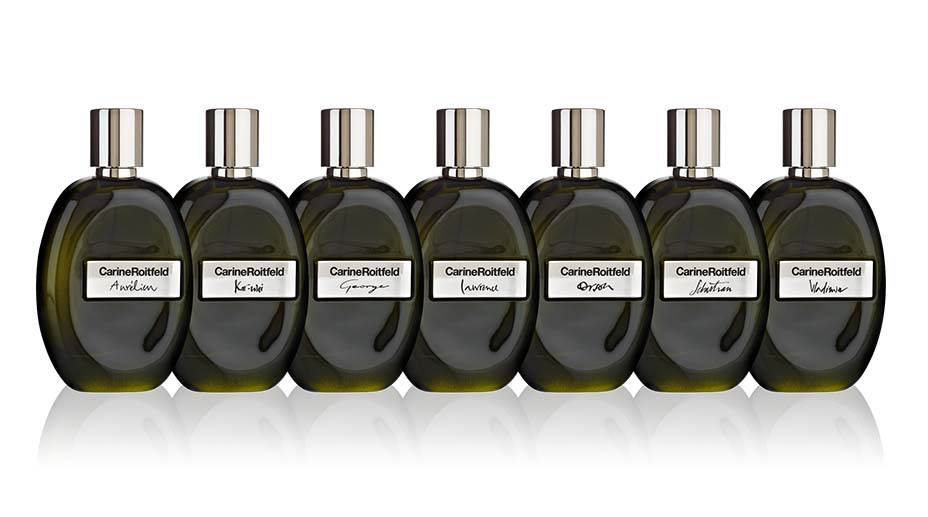 All in identical sculpted bottles designed to fit comfortably in the hand, the unisex collection kicks off with Aurelian, the Paris-inspired fragrance that’s also named for one of the three perfumers, or “noses,” who partnered with Roitfeld on the scents: Aurelian Guichard, Pascal Gaurin and Yann Vasnier. “Paris is the city I was born in, and it’s the city I will die in — I also liked Aurelian because it’s not an easy name to say, but it’s a very typical French name,” she notes.

Next up is New York, a white-floral scent known as Orson, named for Orson Welles. “I never met him, but he was an amazing actor and filmmaker and seemed so strong, and to me New York very much represents strength,” Roitfeld says. George, meanwhile, evokes thoughts of London as a green scent with notes of violet leaves, oak moss and cannabis. “The English have a strong relationship to the name George, but it’s important in France as well — it’s the name of many kings,” Roitfeld adds.

To represent Hong Kong, Roitfeld designed a woody, floral fragrance with a note of longjing tea called Kar-Wai, which takes its name from Kar-Wai Wong, the Chinese filmmaker. For Dubai, she designed a heady scent of jasmine, oud wood and leather, christened Lawrence. “For that one, I was thinking about the beauty of Omar Sharif,” Roitfeld says, name-checking 1962’s Lawrence of Arabia. Noting that Buenos Aires ranks high among her favorite cities, Roifeld created Sebastien, which blends tuberose and sandalwood. “I wanted something traditional with French power and which also felt a bit nostalgic,” she says.

Roitfeld admits that there was one exception to her concept of seven cities for seven lovers. Vladimir is a Russian-influenced amber scent inspired by St. Petersburg and was named both for Roitfeld’s son and as a tribute to her father, Jacques Roitfeld, a Russian film producer who emigrated to Paris. “Russia for me means the passion of someone like Mikhail Baryshnikov or Rudolf Nureyev, or the vodka that you drink in a warm temperature,” Roitfeld says. “Vladimir is one of the most important names in my life, and I wanted my son to feel like he was a part of the scent that was named for him — and of course I also want him to wear it — so I asked him to finish it.”

As she launches this debut with the highly romantic notions of lovers — or someone you love — waiting in an exotic, far-off city, Roitfeld confirms that the collection will expand to include candles, as well as products for the skin and the bath. And as she seeks to embark on this new chapter, the idea of products extends beyond merely putting something new out into the world. “I’ve done so many collaborations over the years, but I would love something that’s a legacy,” she says. “It’s a dream to have something consistent; fashion changes, but a good perfume can stay for years and years. And I am a dreamy person.” 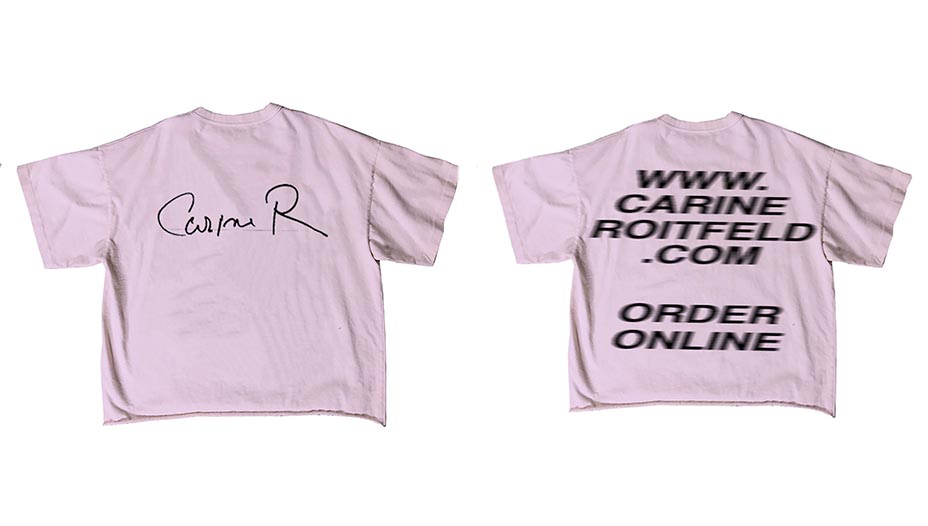