Margot Robbie’s Oscar-nominated portrayal of beleaguered figure skater Tonya Harding seems to have inspired at least a few people at Sunday’s Academy Awards. Several actresses appeared to be tapping into the sparkling figure skating spirit with gowns that could double as Olympics costumes.

Time's Up, ACLU and More Pins Spotted on the 2018 Oscars Red Carpet

Plenty of illusion netting figured into Get Out actress Betty Gabriel’s ice-worthy turquoise gown, which featured flower-shaped shoulder appliqués and a mind-bogglingly deep plunging neckline that nearly reached her navel. The gold-accented dress was a Fall 2018 couture gown by Tony Ward.

Salma Hayek made her entrance in a lavender Gucci gown that featured a megawatt amount of sparkle via shimmery pailettes and heavy strands of draped crystals across her décolleté and arms. The effect was equal parts figure skating champ and Queen of England. 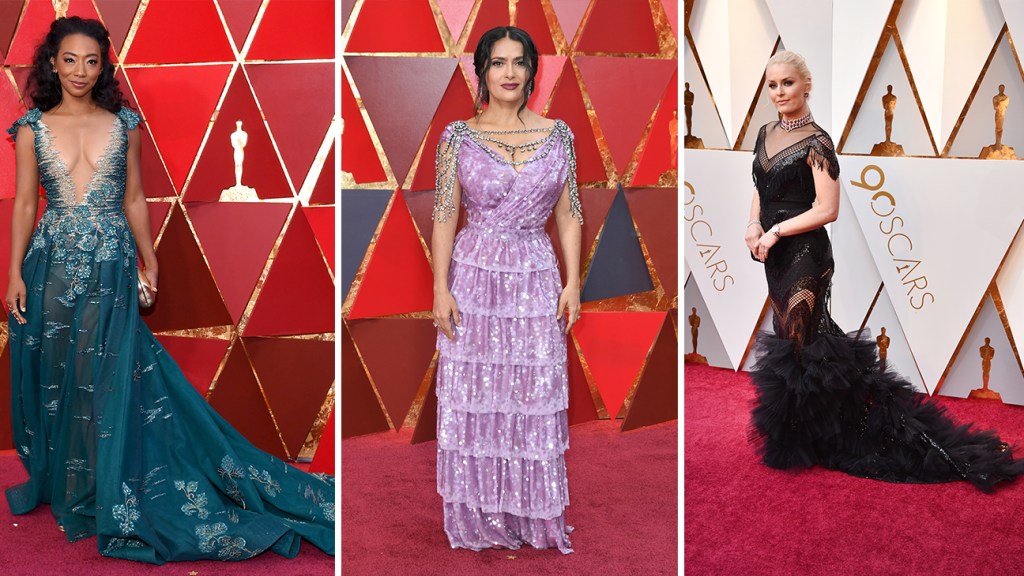 But no one looked more ready to take on Nancy Kerrigan than actual Olympian Lindsey Vonn. Between the substantial ruby jeweled choker, updo, sequin-covered bodice and bold neckline featuring wide mesh, illusion netting and fringed cap sleeves, her look from the waist up was right out of the figure skater’s playbook. The skirt, with sheer mesh panels in a tight mermaid shape, with sprouts of tulle in the train, however, would definitely not earn 10s on the ice.