Any excuse is a good excuse for some extra desserts or themed cocktails, but we’d like to think that the Oscars are extra-special.

If you can’t make it to the event itself — where Wolfgang Puck will be serving up more than 7,000 gold-dusted chocolate statuettes — don’t worry, these local L.A. options are just as sweet.

Sprinkles is offering a themed version of their best-selling red-velvet cupcakes called “Red Carpet Red Velvet,” which features gold stars with a hint of sparkle. As always, customers can order custom boxes, which could, for example, spell out a favorite pick for best actress, best actor or best picture.

The bake shop is also running a competition on its Instagram page: One follower who “likes” a photo of the actor/actress/movie that wins on Sunday will win a dozen cupcakes. Cupcakes are $3.95 each and $45 per dozen, while a custom minibox is $70.

Over at Laduree, the French sweets shop has partnered with Jimmy Choo on a custom offering that makes quite the style statement.

In celebration of its 20th anniversary, the shoemaker-to-the-stars has designed a gray box inspired by its classic shoe trunk, which contains 15 red-fruit- and champagne-flavored macarons. The trunk was just made available at Laduree’s L.A. locations for $78. For your Oscars party, the box can be ordered with appropriately gold-dusted macarons; star-flecked macarons can also be ordered separately in both L.A. and New York. 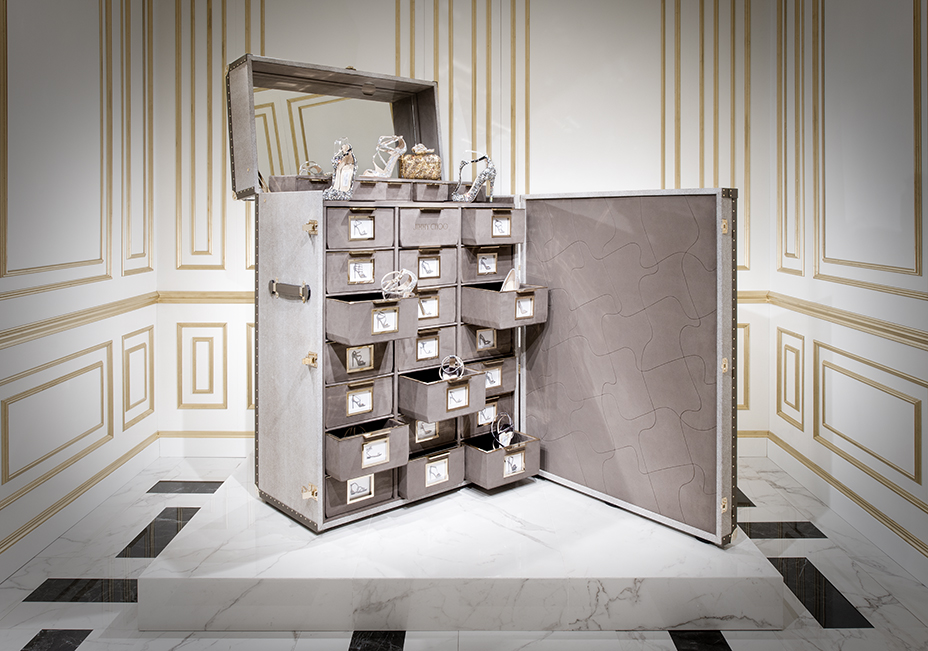 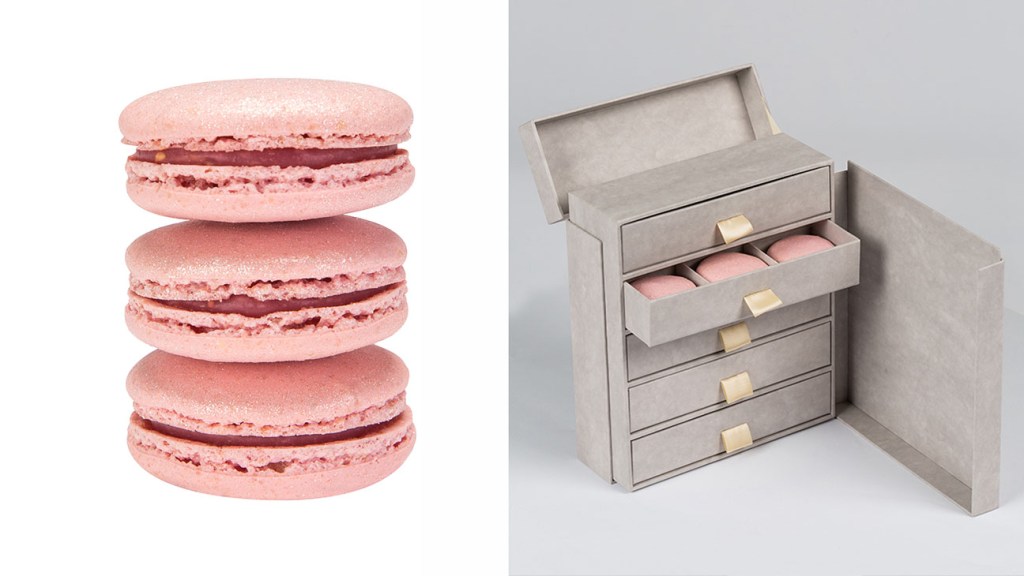