Things we can infer about Donald Trump’s interior decorating preferences given his hotels and various properties? “Opulence” is likely a top search term on his Pinterest page. An easy solution for empty space? Just add a golf course! Gold is the best color, and if you like it, put your name on it!

When the Oval Office was redecorated earlier this month, none of these features — nor any of Trump’s campaign tour MAGA hats — made their way into the updated space. Instead, a first glimpse at the President’s new and improved work space reveals only a few minor changes, including an extra American flag (or two), additional military flags representative of each branch and new, subtly printed cream wallpaper to replace the vertical yellow and white striped pattern. The President returned to the office Monday. 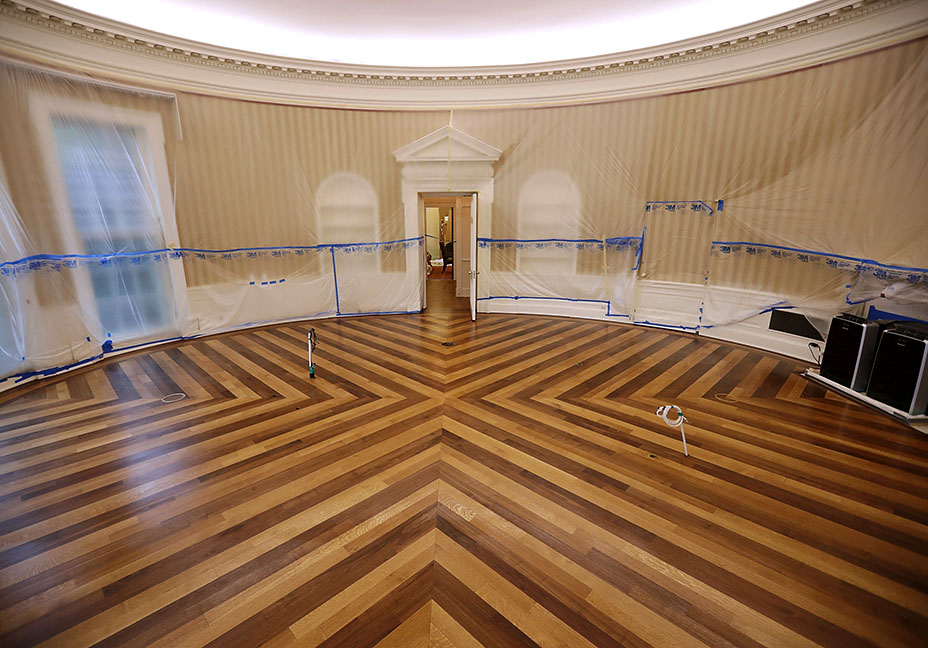 During most of the White House renovations, which have been taking place throughout this month and included the replacement of a 27-year-old heating and cooling system as well as the installation of new carpeting, Trump has been on a “working vacation.” He was in Bedminster, New Jersey at his golf resort for most of the 17-day hiatus, however he also took a moment to visit his properties in New York as well.

A quick game of “can you spot the differences” between photos immediately following the 2010 renovation during Obama’s presidency and the most recent photos of President Trump residing in the office show brighter fixtures now, including cream-colored jacquard couches replacing ones in caramel colored suede; gold-hued curtains instead of Obama’s burnt sienna ones, as well as a warmer, orange-y rug with an ornate leafy pattern, which replaced the tan and navy rug bearing the president’s seal and quotes from past presidents including John F. Kennedy and Franklin D. Roosevelt, as well as one from Martin Luther King Jr., along the border that Obama brought in.

Spot the differences below. 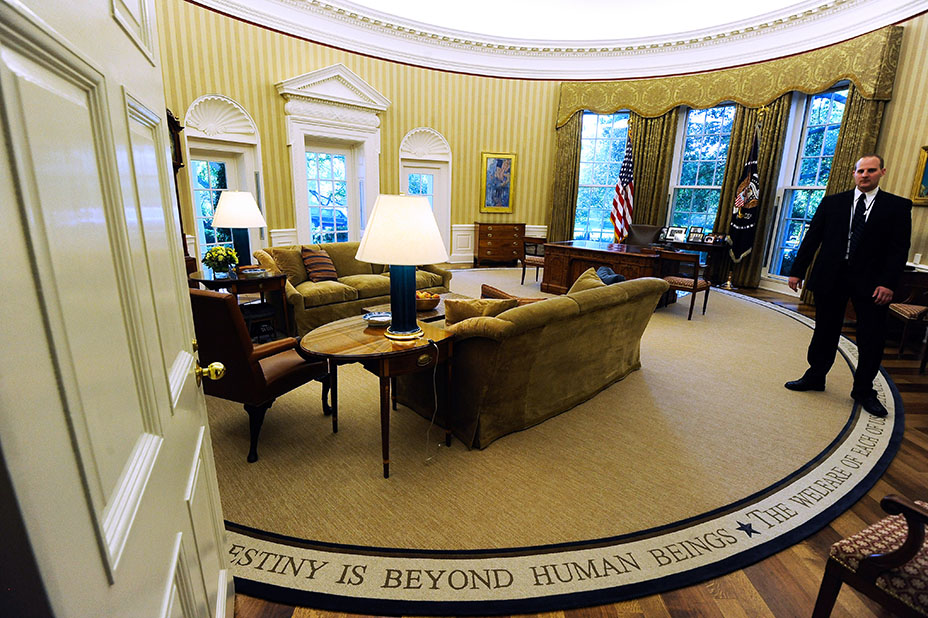