It’s a relationship that has come full circle.

Pamela Anderson and movie mogul Jon Peters tied the knot in a private ceremony in Malibu on Jan. 20, The Hollywood Reporter has learned. The couple, who first dated more than 30 years ago, reunited in recent months and have kept the relationship under wraps.

“Pamela has never seen her full potential as an artist. She has yet to shine in a real way. There is much more to her than meets the eye, or I wouldn’t love her so much,” Peters tells THR. “There are beautiful girls everywhere. I could have my pick, but — for 35 years — I’ve only wanted Pamela. She makes me wild — in a good way. She inspires me. I protect her and treat her the way she deserves to be treated.” 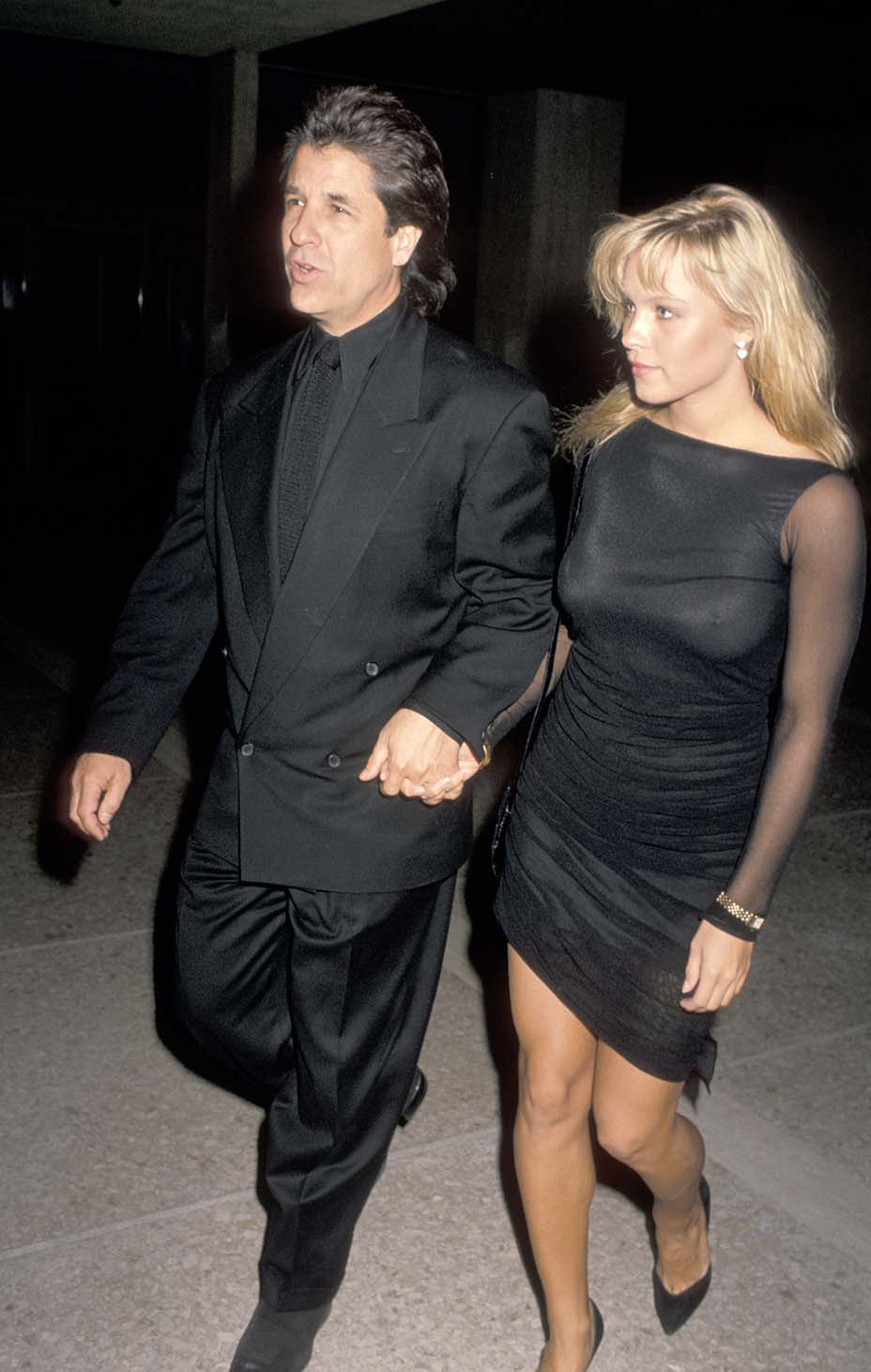 The marriage marks the fifth for both. Anderson’s exes include rocker Tommy Lee, with whom she has two adult sons; Kid Rock; and Rick Salomon (twice). Most recently, she was living in Marseille with French soccer star Adil Rami. Peters’ love life is even more legendary, with a marriage to actress Lesley Ann Warren flaming out in the early ’70s when the then-hairdresser took up with Barbra Streisand, who he met on the set of the comedy For Pete’s Sake. That began a torrid 12-year affair that spawned the Streisand star vehicle A Star Is Born, which Peters produced (he also produced the 2018 remake with Bradley Cooper and Lady Gaga). He also was married to producer Christine Forsyth-Peters, who attended the Malibu nuptials with their daughters Caleigh and Skye (Peters’ daughter Kendyl also was on hand as were Anderson’s sons, Brandon and Dylan). A party at Shutters in Santa Monica followed the ceremony.

Anderson and Peters appeared to be traveling on different tracks in recent years. The former Baywatch star, 52, had moved to France and morphed into an international woman who was frequently photographed entering the Ecuadorean Embassy in London to visit friend Julian Assange or addressing animal rights issues at the Kremlin before Vladimir Putin. The reclusive Peters, 74, largely has stayed out of the limelight, a place he basked for years as the outrageous producer of such ’80s and ’90s classics as Flashdance, The Witches of Eastwick, Batman and Batman Returns, followed by an ill-suited run atop Columbia Pictures with Peter Guber.

Peters first met Anderson in the mid-’80s at the Playboy Mansion when he noticed the actress, who had just moved to Los Angeles from her native British Columbia, an account he shared with THR in a 2017 tribute to the late Hugh Hefner.

“I walked in and saw this little angel sitting at the bar. It was Pammy. She was like 19. I knew she would be a big star,” he told THR at the time. “We ended up living together. Of course, Hefner loved her and saw her beauty. Pamela was a girl who with no makeup was gorgeous. She was very smart and very talented. I tried to talk her out of doing Playboy. I said, “Don’t do Playboy. Focus on a serious career.” She said, “You’re nuts.” She wanted to do Playboy, and she went on to do 13 covers.”

In fact, Anderson became the embodiment of the Playboy blond bombshell mystique, which helped make her a household name. Peters paid for her acting classes and dance and voice lessons, helping launch her onscreen career, first in TV on Home Improvement and as lifeguard C.J. Parker on the international hit Baywatch and later in film in Barb Wire. Peters proposed, but Anderson turned him down. He now remembers telling her, “‘In 30 years, our age difference won’t mean so much.’”

Following the wedding, Anderson offered THR her own statement on Peters in the form of a poem:

“Jon is the original ‘bad boy’ of Hollywood –
no one compares –
I love him deeply like family.
His life used to scare me.
So much for a girl like me.
Now I’ve seen more of life
and realize ..
He’s been there all along.
Never failed me –
I’m ready now
and
he’s ready too –
We
understand
and respect each other –
We love each other
without conditions. –
I’m a lucky woman. –
Proof
God has a plan” 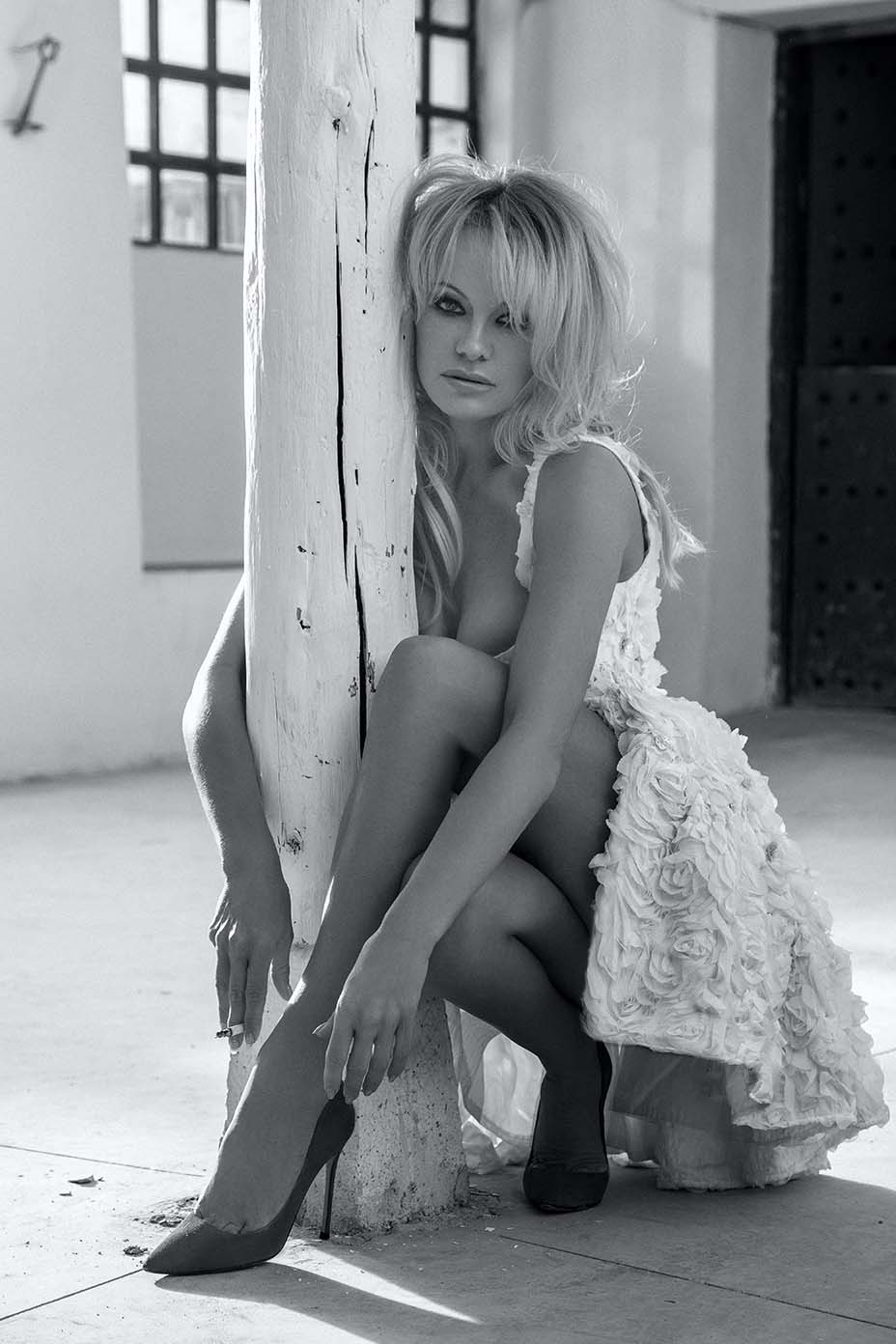