What we have here in 2017 is a heap of chaos and disruption. What do we need in 2018? The Pantone Color Institute thinks whatever that might be will come in the deep purple hue of “Ultra Violet,” its color of the year revealed Thursday.

The color wasn’t chosen because it’s regal, though it resembles a majestic shade. It was chosen to evoke a counterculture flair, a grab for originality, ingenuity and visionary thinking, Pantone vp Laurie Pressman told the Associated Press ahead of the announcement.

“We are living in complex times,” she said. “We’re seeing the fear of going forward and how people are reacting to that fear.”

Pressman wasn’t keen on talking politics. The color, she said, playing out in home design, industrial spaces and products, fashion, art and food, reflects the idea of living not inside the box or outside the box but with no box at all. Specifically, she called the color “that complexity, that marriage, between the passionate red violets and the strong indigo purples.”

Ultra Violet leans more to blue than red and that, Pressman said, “speaks to thoughtfulness, a mystical quality, a spiritual quality.” There’s still a passionate heat from enough red undertones, and a touch of periwinkle, but “it’s really the cool that prevails.”

The purple choice, a la Prince and the glam rock of David Bowie — both of whom died in 2016 — speaks to rebellion, finding new ways to interpret our lives and surroundings, Pressman said. It also speaks to the pleasing calm of Provence and its purple flower fields.

“I see this as very much an optimistic color, an empowering color,” she said. “We want to find some peace and calm within ourselves. How do we quiet our minds?”

Well, there are meditation and yoga studios, some of which rely on violet light that some believe has a power to heal. A company in the U.K. has come up with a showerhead fitted with the same hue of light that turns bathing into purple rain. There’s an embrace of purple cauliflower and sweet potato, joining eggplant and purple-colored cocktails.

The color has a history that has shifted over the decades.

It played a role in logos used by the women’s suffrage movement of the early 1900s in Britain, lent a flash to flappers in the 1920s and has popped in paintings through history, from the seated woman’s dress in “The Pained Heart” of Pre-Raphaelite Arthur Hughes and the work of Gustav Klimt to Bauhaus modernists such as Wassily Kandinsky and on to Keith Haring and Andy Warhol.

Fast-forward to Jimi Hendrix and his “Purple Haze,” the penultimate song he played in concert on Sept. 6, 1970, days before his death. Grace Jones, Lady Gaga, Kylie Jenner, Beyonce, Katy Perry (remember her purple hair?) and Rihanna have embraced the color, Pressman said. 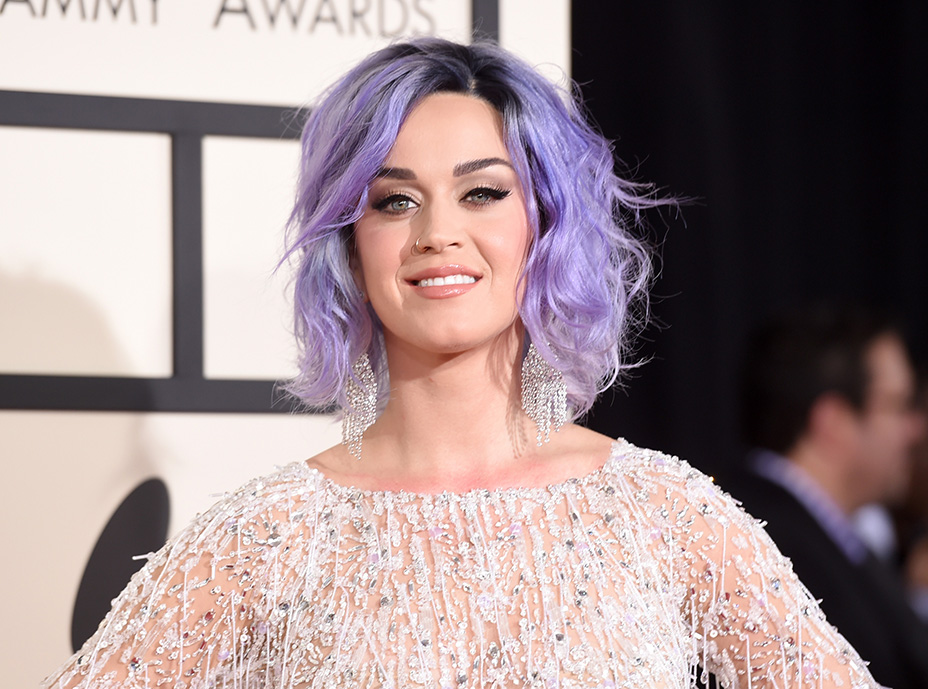 Richard Wagner surrounded himself with purple when he composed, and Leonardo da Vinci wrote that meditation and prayer were “10 times more powerful if done while sitting in the violet light, shining through a stained glass window.”

Ultra Violet represented on fashion runways for fall 2016, continuing into this year’s collections, including those of Alberta Ferretti and Marni. For spring ’18, Kenzo put a model in a bright sleeveless purple dress paired with high black-and-white socks and a yellow handbag. 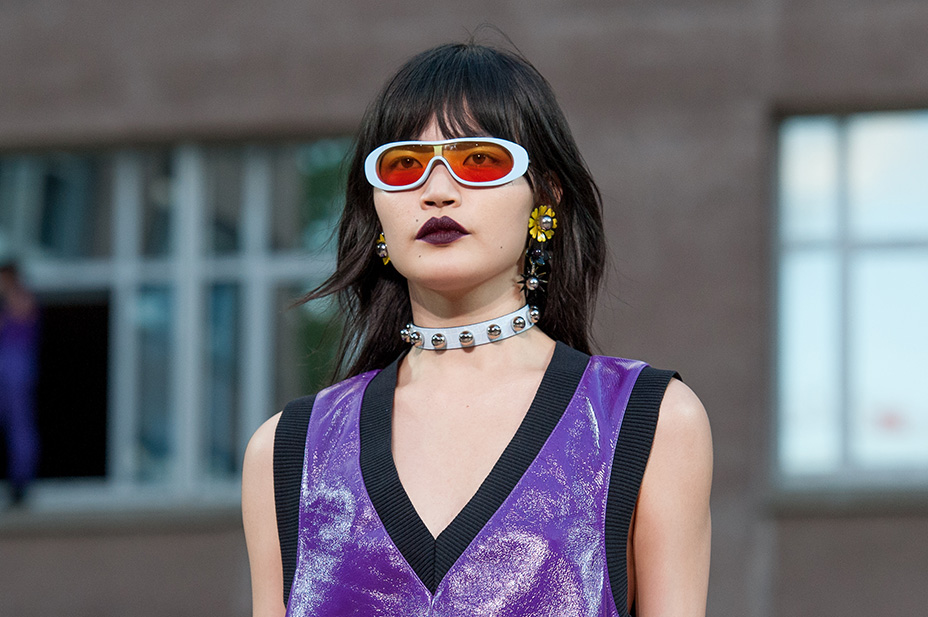 In beauty, versatile purple is prevalent for eyes, lips and nails. Ultra Violet brings the drama but it’s an easy drama, a nonthreatening color, on the body and in the home.

“It’s a color that can be worn by so many different skin tones,” Pressman said.

So who wears it best? Rihanna, Pressman said. Particularly, Rihanna in a 2017 Dior ad with gorgeous violet lips and purple-tinted sunglasses.

“When you think of this color she perfectly sums up the originality, the inventiveness, the forward thinking, the nonconformity,” Pressman said. “The exploration, the expression, the do your own thing. She thinks about things differently than anybody else. No boundaries.”