Apparently, the rumors about President Donald Trump asking his female staff to “dress like women” made their way across the pond.

Irish singer/songwriter Imelda May made a statement on Wednesday afternoon when she arrived at the Brit Awards clad in a pantsuit, which she paired with a clutch emblazoned with the words, “Dress Like a Woman.” It appears that the pantsuit trend, which was given new life on the runways this season, continues to dominate.

On the way to the @BRITs now. Red carpet ready thanks to my Hot Tramps/Dreamteam! #brits #DressLikeAWoman pic.twitter.com/BYnCuiHNCP 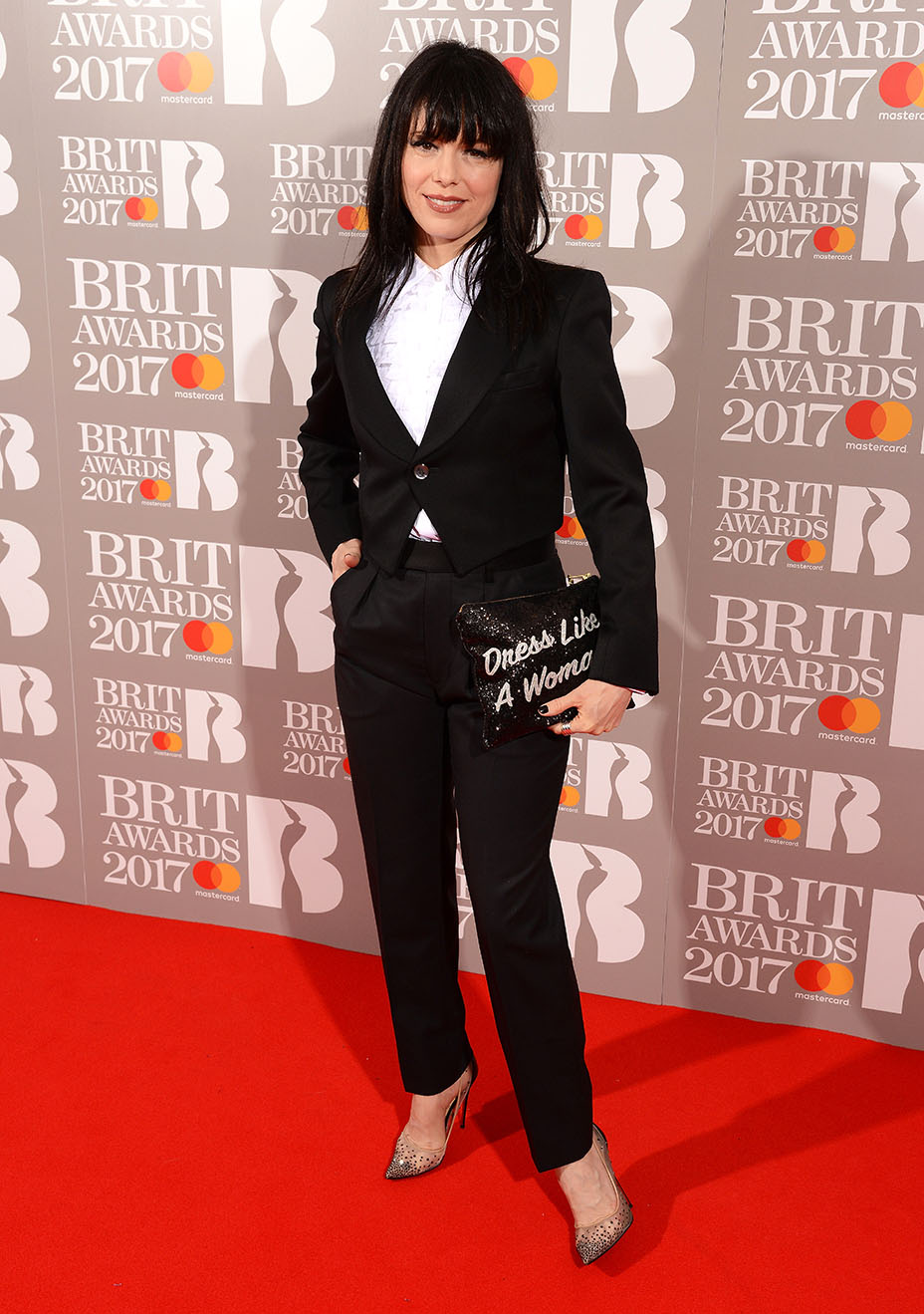 After a report surfaced that a source “close to Trump” stated that the President expected ladylike dressing from the women in the White House, the social media movement “#DressLikeAWoman” went viral, with many women — including California Senator Kamala Harris — posting photos of themselves and other powerful females clad in their daily uniforms, from scrubs to decorated military uniforms.

In another power move, May also took London’s Tube to the awards after a closure of one of the tunnels. She tweeted a photo of herself riding the subway in her full red-carpet look with the caption, “Tunnel closed – got out of the car and on the tube!”

Tunnel closed – got out of the car and on the tube! #brits #BRITs2017 #DressLikeAWoman pic.twitter.com/8D9eCuCl0t

See the rest of the red-carpet looks from the Brit Awards — including Katy Perry and Rita Ora’s sparkly ensembles — below: