Women pick pantsuits for many reasons.

And they weren’t the only ones: Nominee Felicity Huffman (American Crime) wore a gold-and-white one-piece by Georges Chakra, while Transparent star Kathryn Hahn opted for a black Brandon Maxwell suit with a black peek-a-boo bandeau top. But it was Huffman who answered the question on many a red-carpet watcher’s mind: “I got a pantsuit in honor of Hillary [Clinton]. Love you, Hillary. I’m with her.”

There’s no doubt that Clinton has factored into the rise in the women’s suiting trend both on the red carpet and beyond. (In December, the organizer of the pro-Hillary Facebook tribute page Pantsuit Nation scored a book deal.) So when Pret-a-Reporter spotted top Hollywood stylist Cristina Ehrlich on Tuesday night at Marie Claire‘s 2nd annual Image Maker Awards wearing a winter white suit by Gabriela Hearst, the question felt even more relevant.

The respected image maker — honored by the magazine and editor in chief Anne Fulenwider at Catch L.A. — said the pantsuit conversation is one she has with everyone who works in her office. “We explore the moment of having a suit and what it means for a woman,” explains Ehrlich, whose roster includes Brie Larson, Julia Louis-Dreyfus, Anna Kendrick and Priyanka Chopra. “A suit is a really sexy, understated and feminine way for a woman to present herself.”

But don’t knock dresses. “I was a ballerina for many years and I still think like one, and I, like everyone else, love to wear a beautiful dress,” Ehrlich continues. “But I think there’s something to be said about the cool-girl vibe, and not trying as hard when you wear a suit. It evokes a different strength. I love it. I’m very comfortable.”

The stylist singled out a number of designers who do the suiting trend right. Think Saint Laurent, Dior, Armani and Stella McCartney, but there are others, too. Ehrlich lists Monse’s Laura Kim and Fernando Garcia, Margiela, Helmut Lang and Giambattista Valli for designs that put a fresh spin on what can be a classic fashion moment.

And that’s exactly what Wood was going for in her Golden Globes fashion choice. She told Ryan Seacrest on the red carpet that in addition to offering inspiration to a younger generation, she wanted to pay homage to gender-bending greats Marlene Dietrich and David Bowie and the musical comedy Victor/Victoria.

Spencer joked to Ellen DeGeneres following the big show on Sunday that ladies don’t need a reason to wear what they want. “More women need to say, ‘You know what, we’re going to wear the pantsuit,'” the actress said. Amen to that. 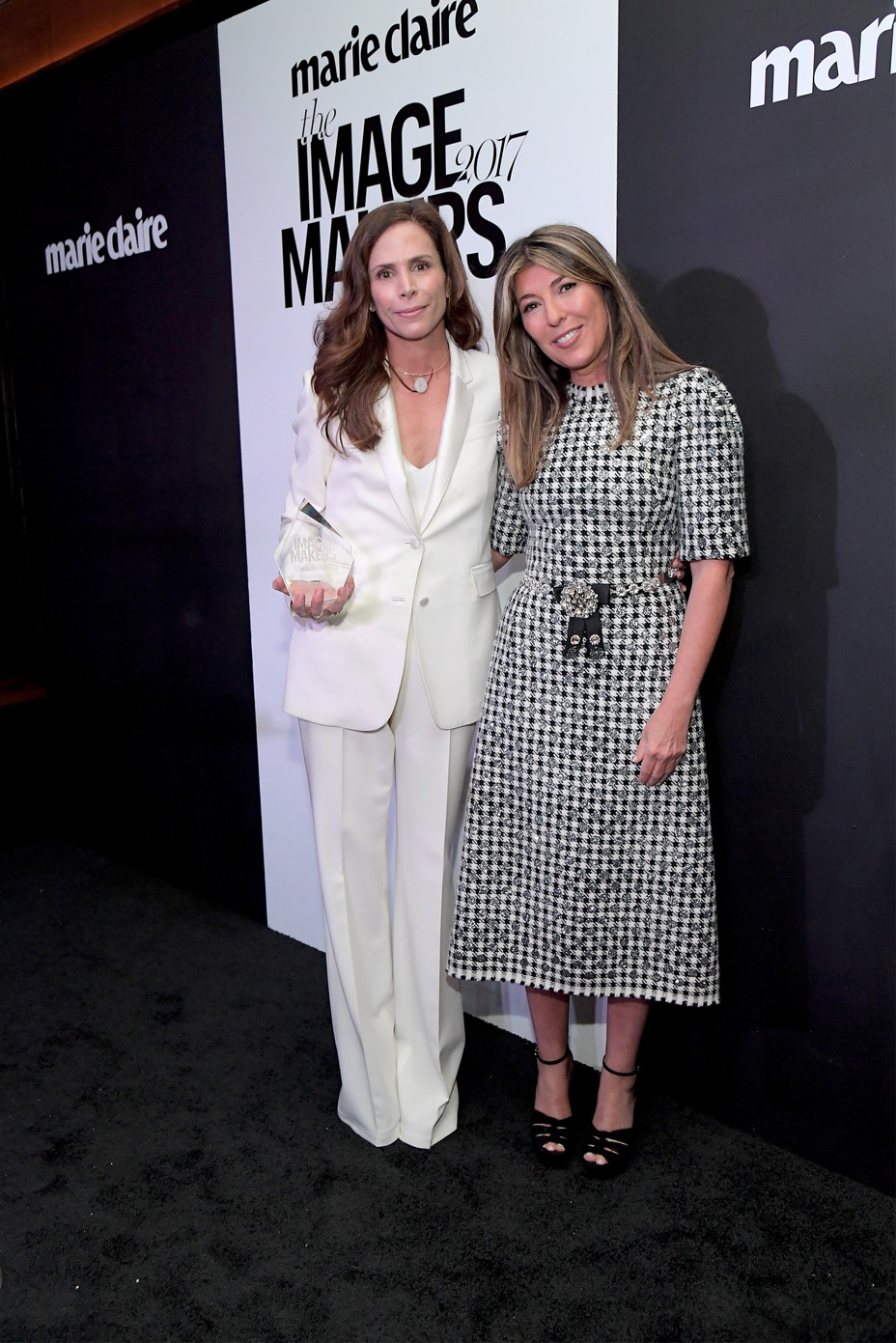 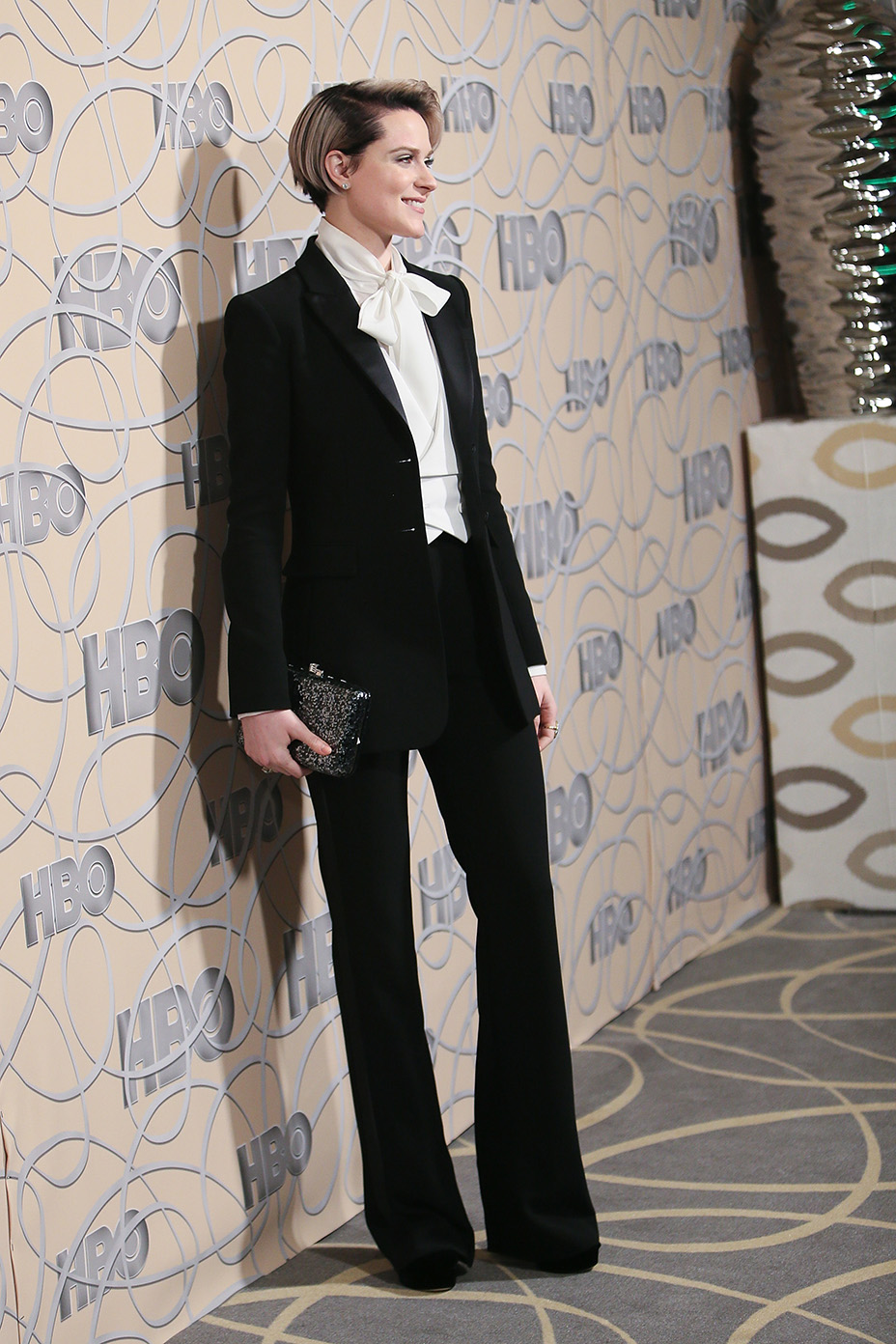 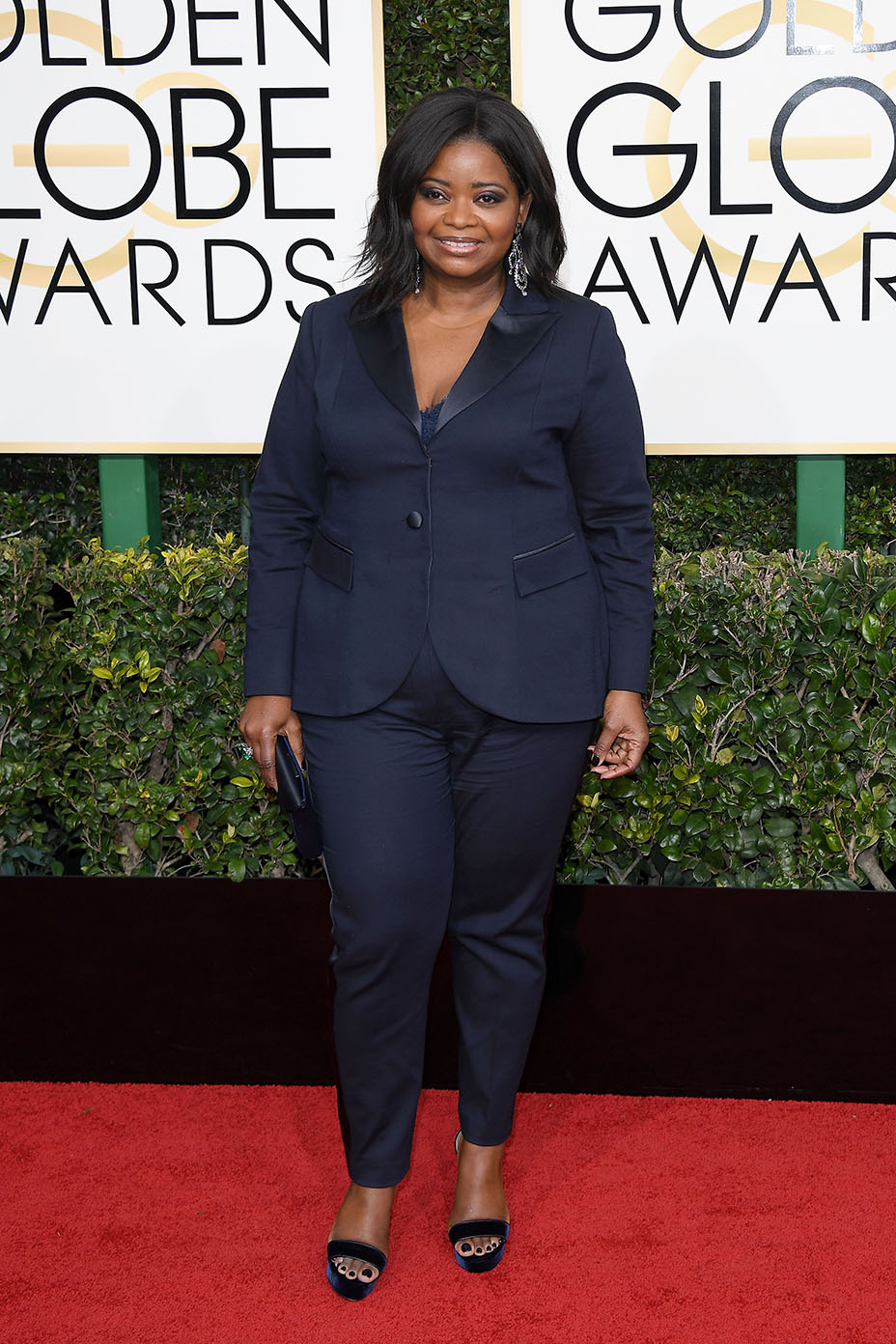