With the most star-studded front row yet at the Paris spring couture shows — Marion Cotillard, Diane Kruger, Isabelle Huppert, Valeria Bruni-Tedeschi and Lake Bell — Giorgio Armani made a play for the red carpet, sending out a finale of female and male models in pairs, each in a gown paired with a lush velvet tux. 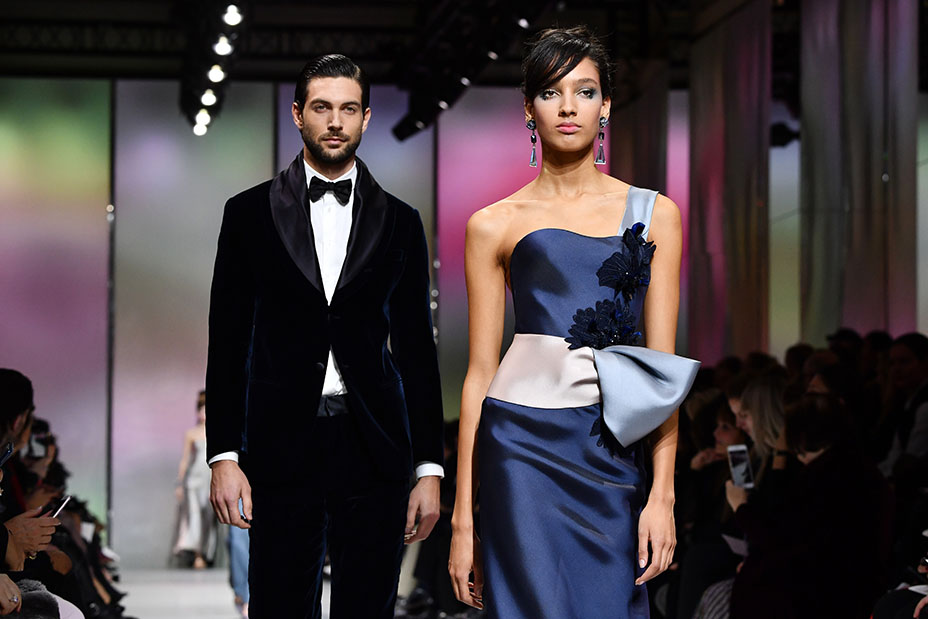 His so-called “Clouds” collection featured watercolor prints with ethereal lightness in icy blue and gray hues, as well as midnight and black. And while Armani’s gowns were, as usual, exquisitely constructed (he’s been on a roll this awards season, dressing Nicole Kidman, Jessica Chastain and Allison Williams), it was refreshing to also see his signature sharp tailoring on the runway, alongside plenty of fun, formal shorts, too.

Inside the Transformed Giorgio Armani L.A. Flagship Store on Rodeo 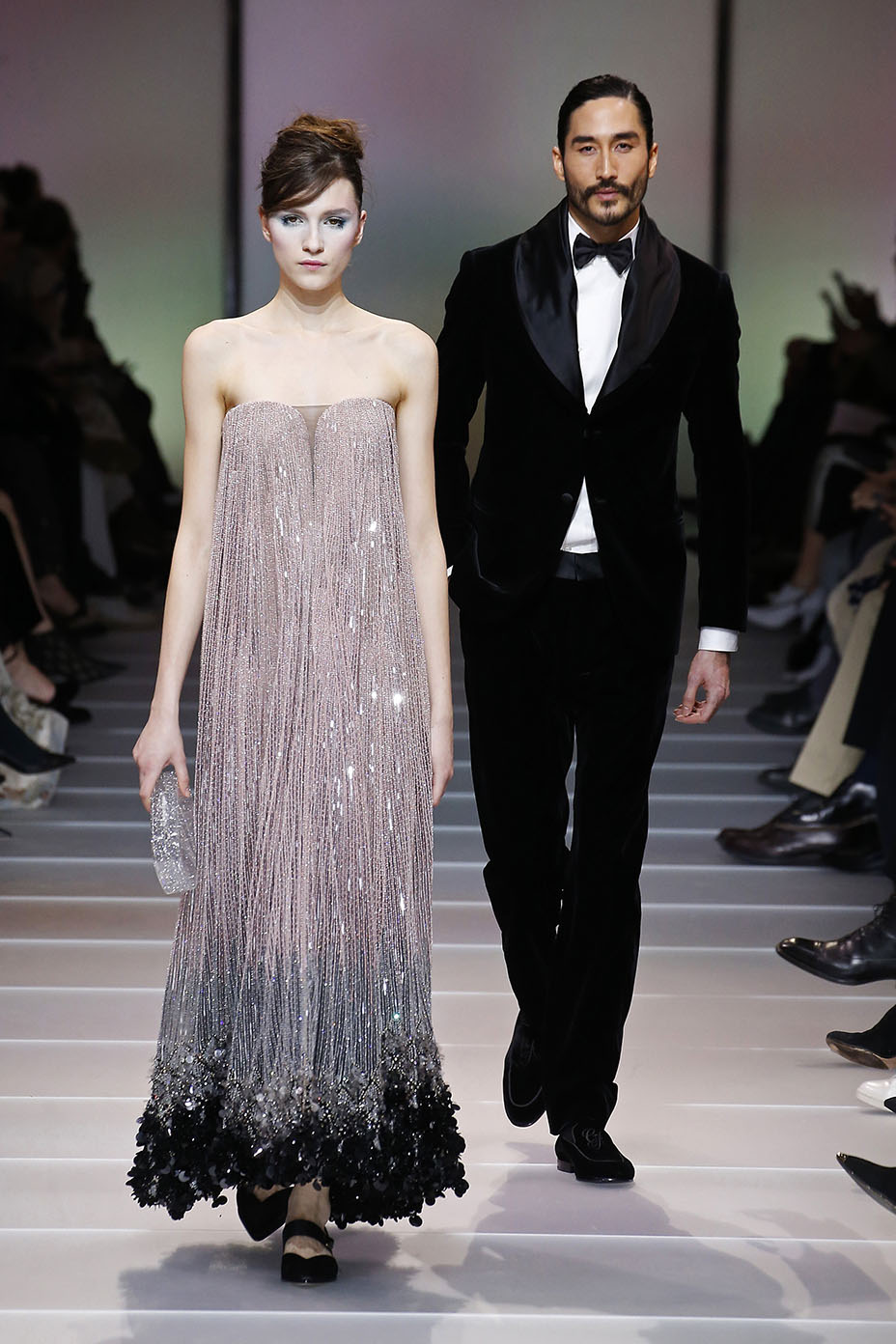 Accessories had a new lightness, notably backpacks in matching prints to jackets and tops, as well as oversized amethyst and opal necklaces that somehow didn’t look heavy or overwhelming. 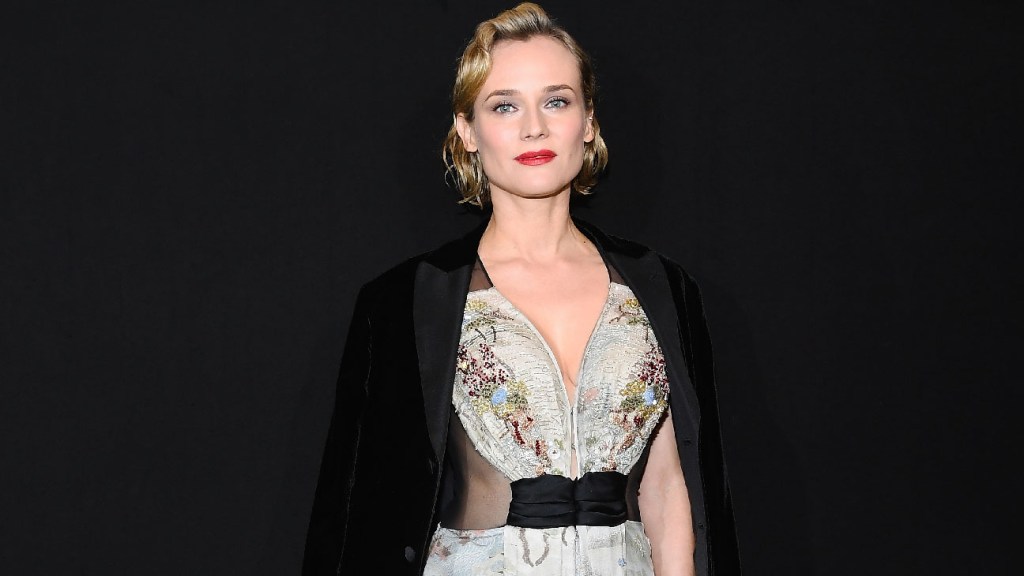 Kruger, who’s Golden Globe and Critics’ Choice award-winning film In the Fade was overlooked during the Oscar nominations this morning, was overheard telling Huppert that she hadn’t expected a nomination. She pronounced the show “poetic,” and looked resplendent in an Armani gown, particularly next to the casually-dressed Cotillard. 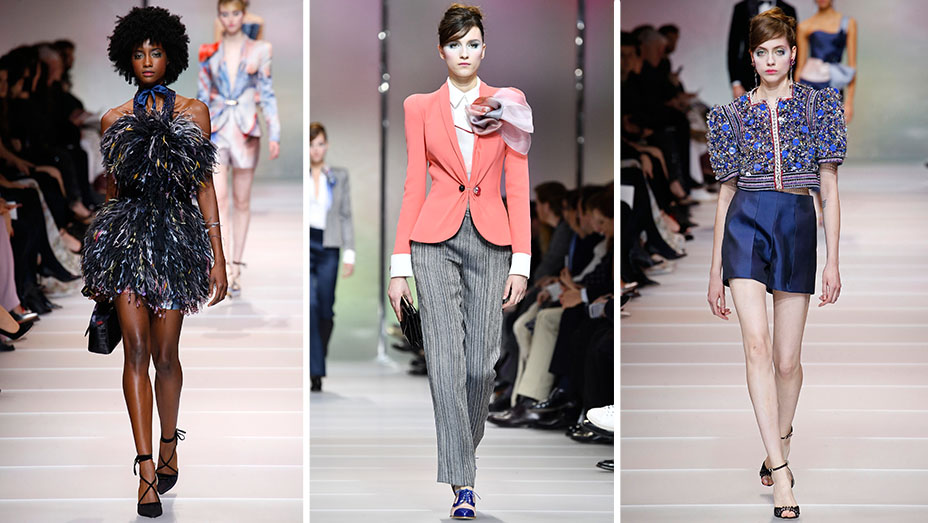 The former face of Dior, Cottilard’s changing style has been intriguing to watch. Speaking to THR last week, she was in pleather jeans and creepers; this morning at Chanel she rocked a cozy sweater dress and tights; and here she donned the Parisian uniform of skinny jeans, a striped sweater and a leather moto jacket accessorized with a white ear cuff. It will be interesting to see what house — if any — she next signs with and how her red carpet style develops. 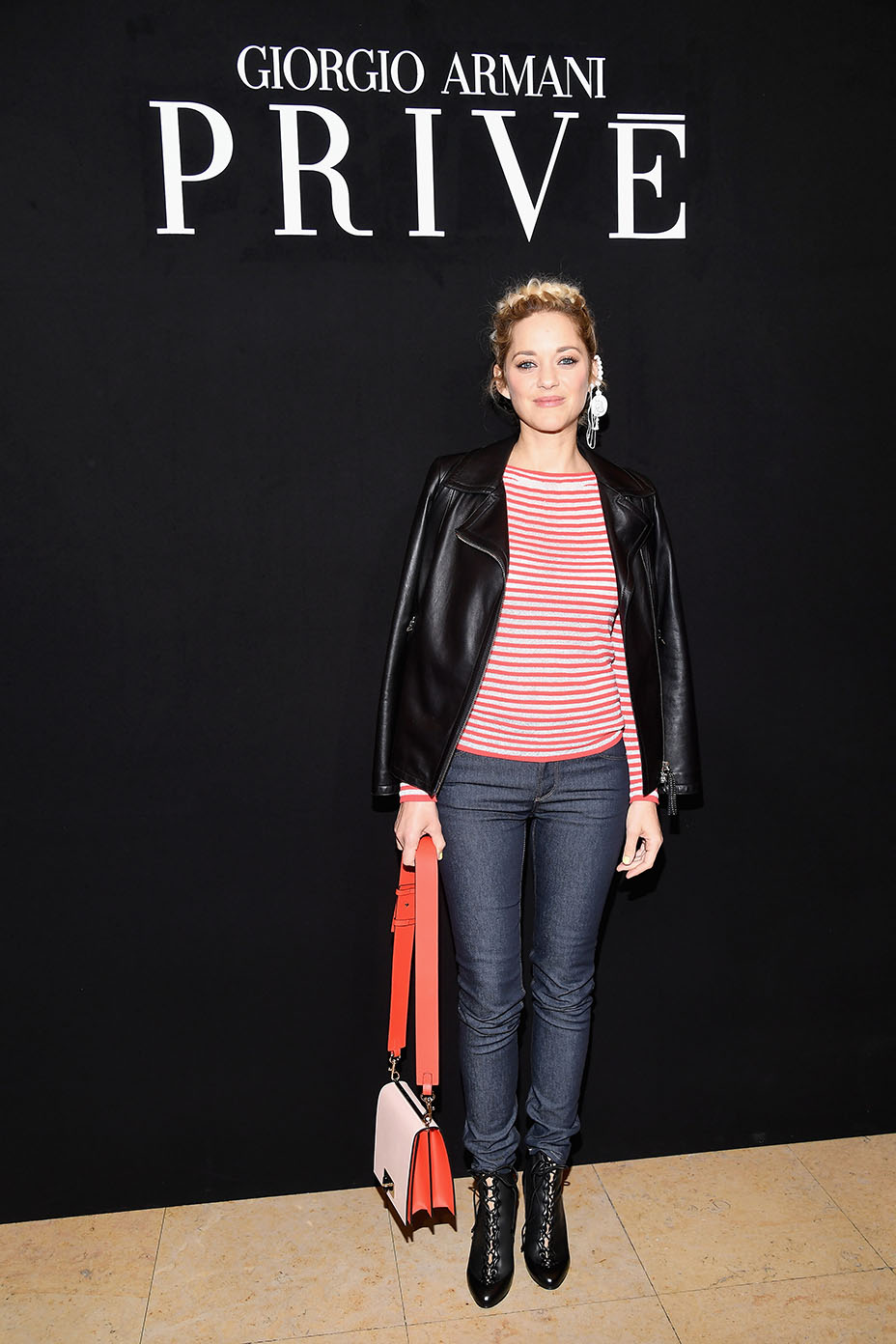 Armani and Alexandre Vauthier had similar beauty notes — they both showed hair up and wrapped in classic French twists, while color was applied from cheek to forehead around the eyes. But the collections couldn’t have been more different.

It was an Eighties encore at Vauthier, who offered a heavy dose of New Romanticism for his latest couture collection.

Vauthier dresses everyone from Rihanna to French first lady Brigitte Macron, but is still considered the bad boy of couture and the man responsible for bringing jeans to the runway (take note, Proenza detractors). 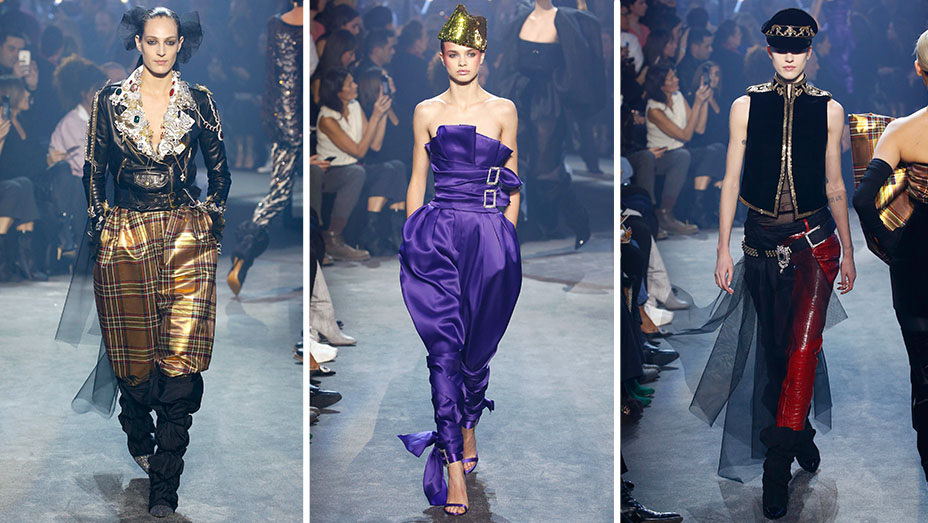 Here he mixed velvet military jackets a la Adam Ant with gold plaid print baggy trousers and sharp shoulders with oversized floppy bows. The devil was in the details — jackets dripping with rhinestones, metallic slouchy boots and velvet military caps. His signature sexiness was still present, if less overt with this (slightly) more covered up collection. Vauthier also collaborated with the newly relaunched eyewear house of Alain Mikli for Grace Jones-style skinny glasses.

The designer, who says he spends a lot of time across the Channel, set out to combine the eclectic energy of London with the more conservative culture of Paris. 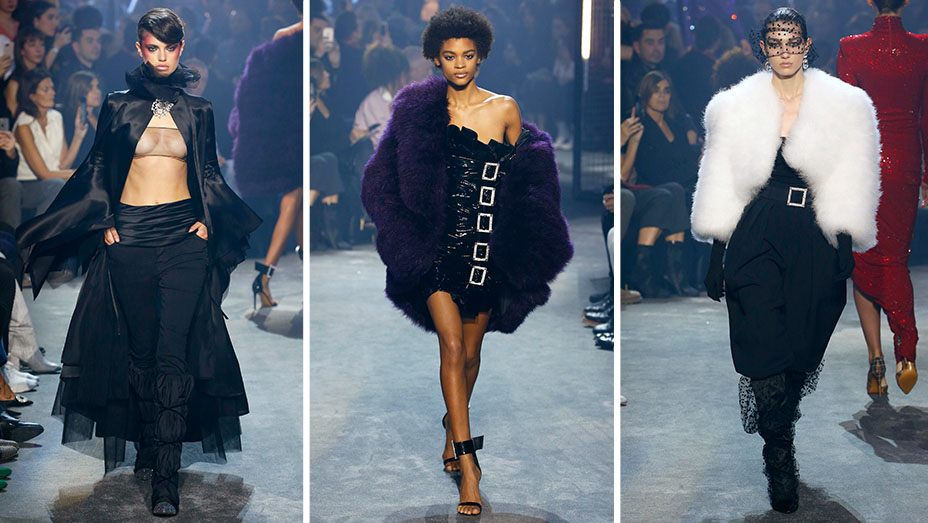 “I love the London mix — it’s very refined and also super anarchist,” Vauthier told Pret-a-Reporter after the show, adding that he was going for “a big oxygen breath in the middle of couture.”

He succeeded with an energetic collection that saw Bella Hadid in a gold plaid jacket and ruffled collar at the start of the show, and draped in a voluminous green cape for her second turn on the catwalk. Don’t be surprised if that cape turns up on Rihanna sometime soon, and many of these other looks on the more raucous red carpets — maybe even the Grammys next week.