For Chanel’s fall 2018-19 Haute Couture show, creative director Karl Lagerfeld created a setting along the bank of the Seine (inside the Grand Palais), including Paris’ world-famous book stalls as a tribute to literary Paris, the one of book lovers and the Academie Francaise. While the opening looks were quintessential Chanel — metallic-flecked ladylike tweed in sidewalk gray — there was an unmistakable youthfulness to many of the collection’s leggy, embellished styles. It’s easy to envision brand ambassadors Margot Robbie and Kristen Stewart rocking the designer’s long and knee-length skirts with side zips that revealed mini-skirts and sparkly ankle boots. 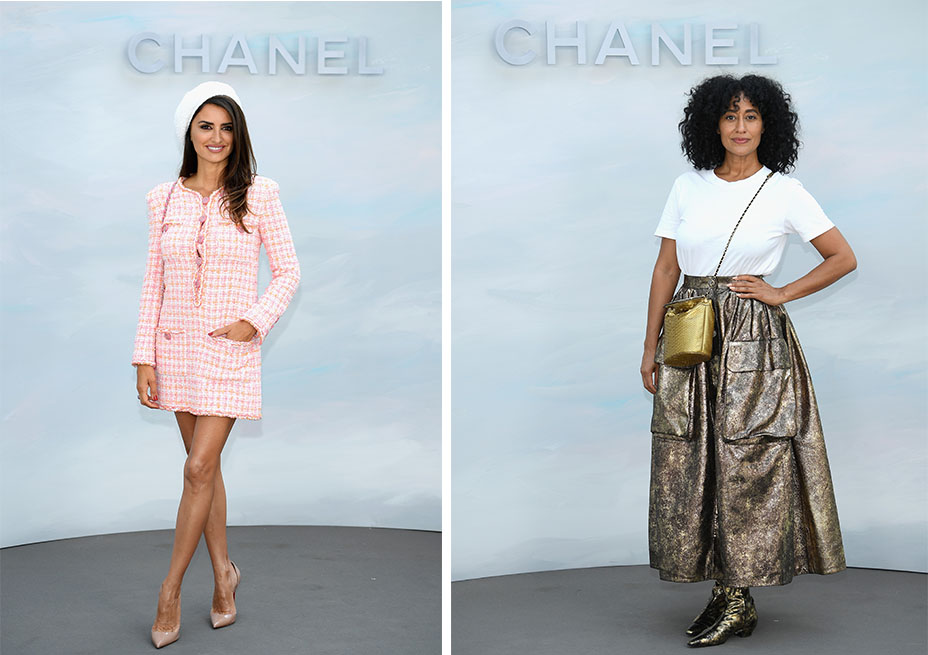 Ehrlich, who captioned an Instagram photo of herself and Cruz, “Two of my favorite things … #PenelopeCruz #Chanel,” referenced Lagerfeld’s adorned strapless blue and billowy silk chiffon gown with a feather cropped jacket and single-shoulder black dress with a hint of crystal embroidery (aligned like cobblestones along the Seine) as standouts.

Meanwhile, Claire Foy’s stylist Yates was all about the megawatt shimmer. “There was a beautiful navy sequin strapless dress as well as some fabulous black one-shoulder dresses with encrusted shoulders — I loved the modern cut with the decadent details,” Yates tells THR. “I always like how embellishment and sequins glitter on the red carpet.” 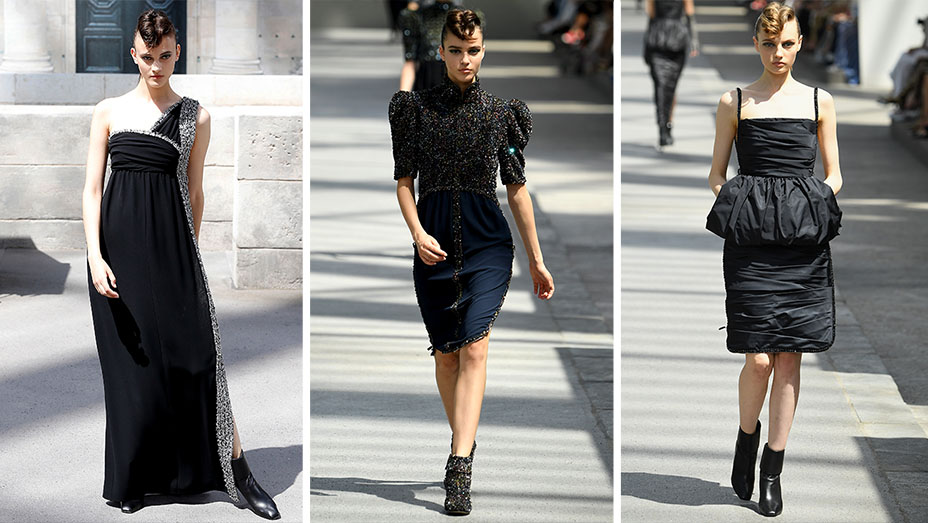 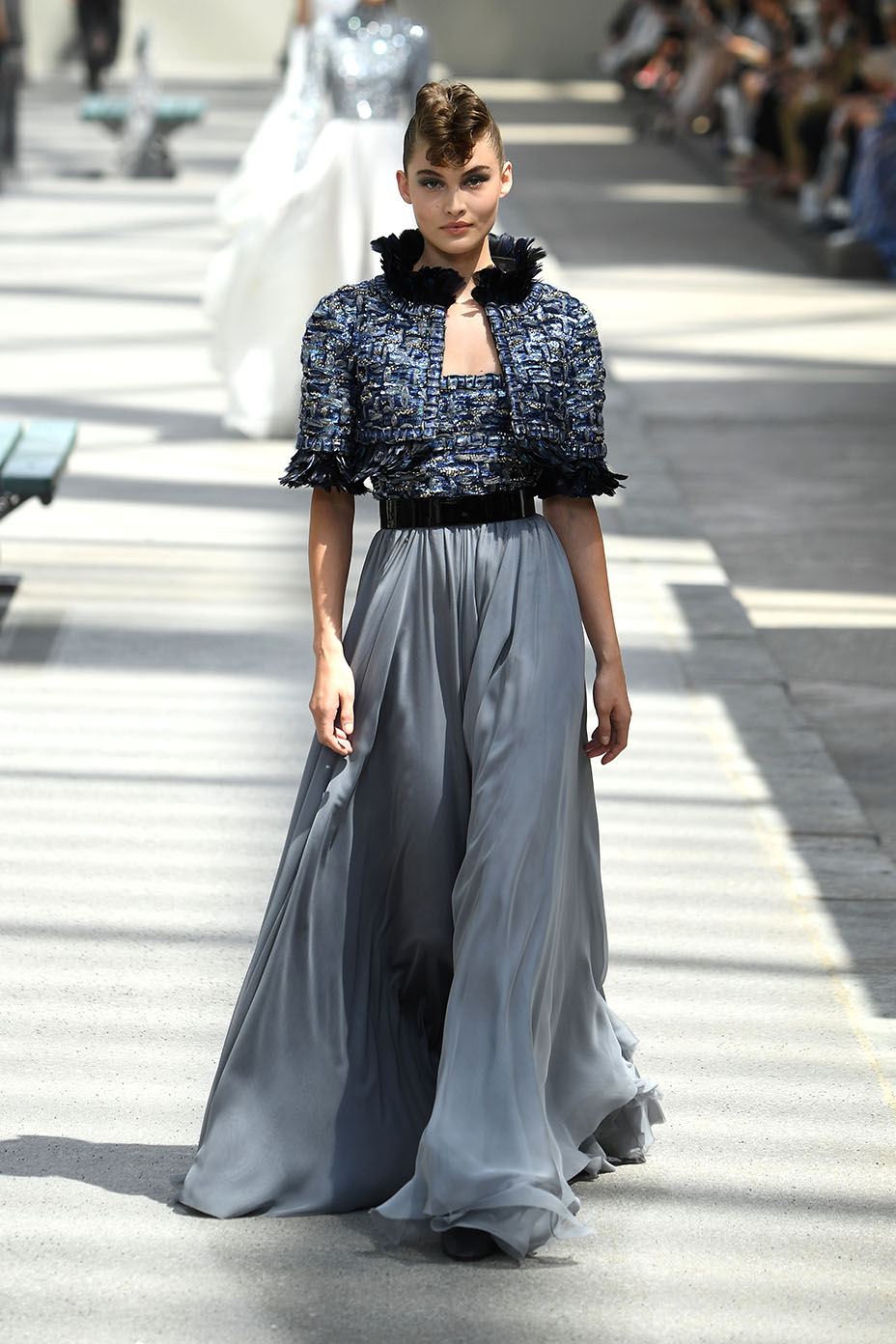 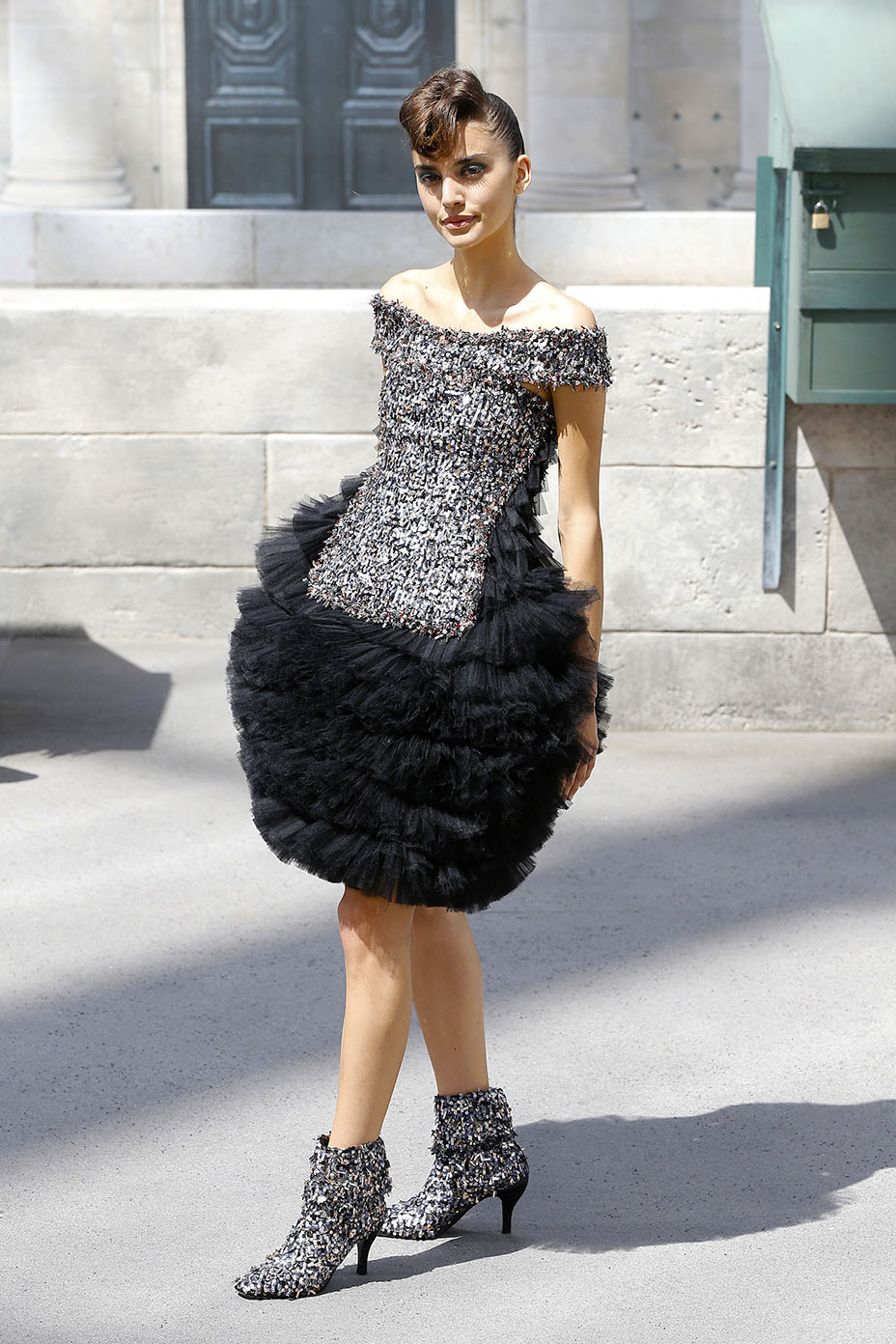 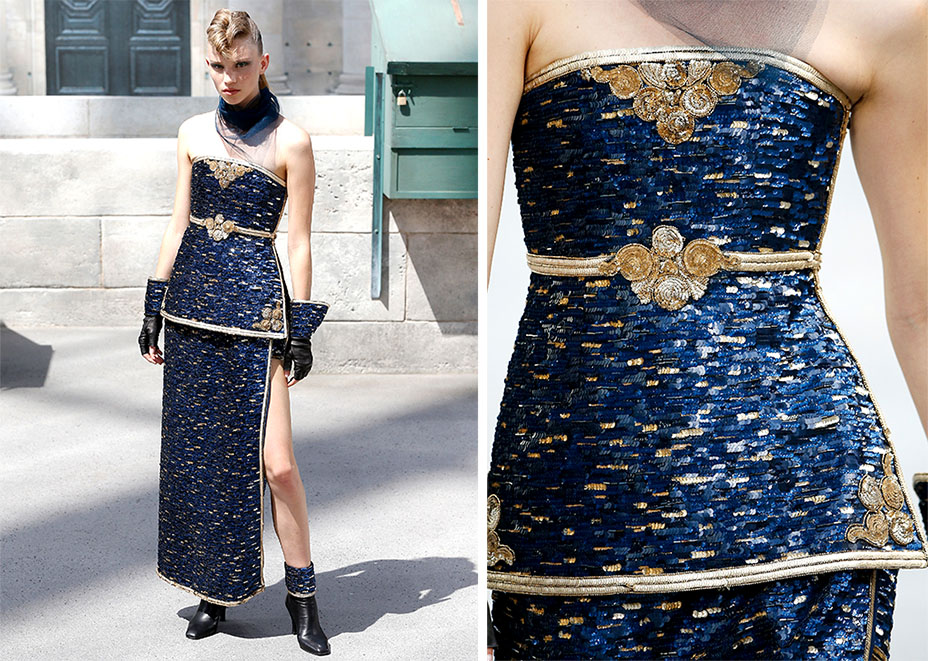 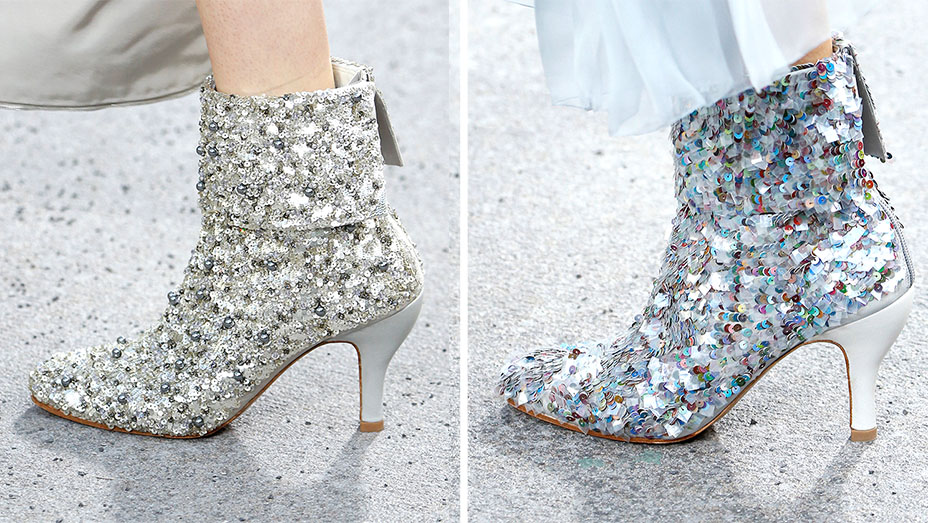