Mr. Robot met Chanel on the runway in Paris on Tuesday morning when designer Karl Lagerfeld transformed the Grand Palais into a data server farm with walls and walls of circuit boards, wire cable and monitors for a stage set.

Lily Rose Depp, Usher and Carla Bruni sat front row for the show, which opened with a pair of models, Chanel bots, or Stormtroopers, depending on your point of view, dressed in the house tweed and white helmets reminiscent of virtual reality goggles. 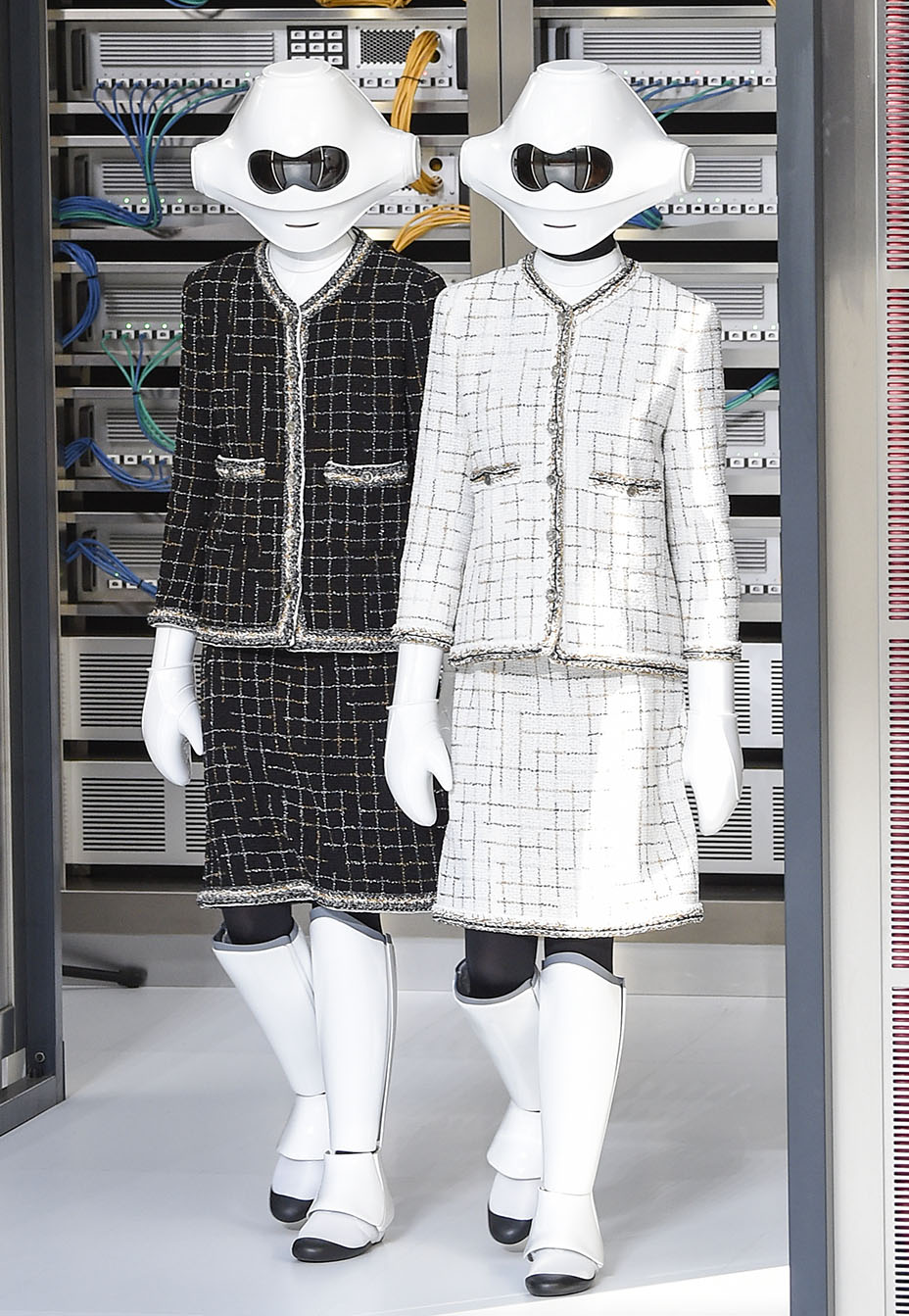 The sci-fi sisters brought to mind questions like: What are they seeing? What are we seeing? Where are we as we furiously snap and share to the cloud? In the real world or our own screen realities?

Appropriately enough, the music was a techno remix of Giorgio Moroder’s disco anthem “I Feel Love,” just as we were trying to figure out if we were feeling anything at all beyond the rush to share data.

Chanel tweeds and prints were configured in grid patterns on the house’s signature suits, which came with short skirts and long jackets worn shoulder-robed, like the style bloggers do it, accessorized with borrowed-from-the-street baseball caps and sneaker boots.

Lingerie motifs were woven throughout, keying into the ‘90s revival in fashion, with pale pink lace-edged slip dresses peeking out from an ivory boucle bomber jacket and a camel-colored Grandpa cardigan. The streetwear references extended to the chunky chain jewelry.

There wasn’t a ton of evening wear. I’d call it more evening casual really, from the look of a frilly, pleated peplum blouse worn over a black slip, and a jacket embroidered to look a bit like a sparkly circuit board, also worn over a black slip. Oh and there was wearable tech, in a fashion, light-up purses.

This felt like a scaled-back show from Chanel, which has not been immune to the losses in the luxury fashion sector. Less set, fewer gimmicks, which is not a bad thing. 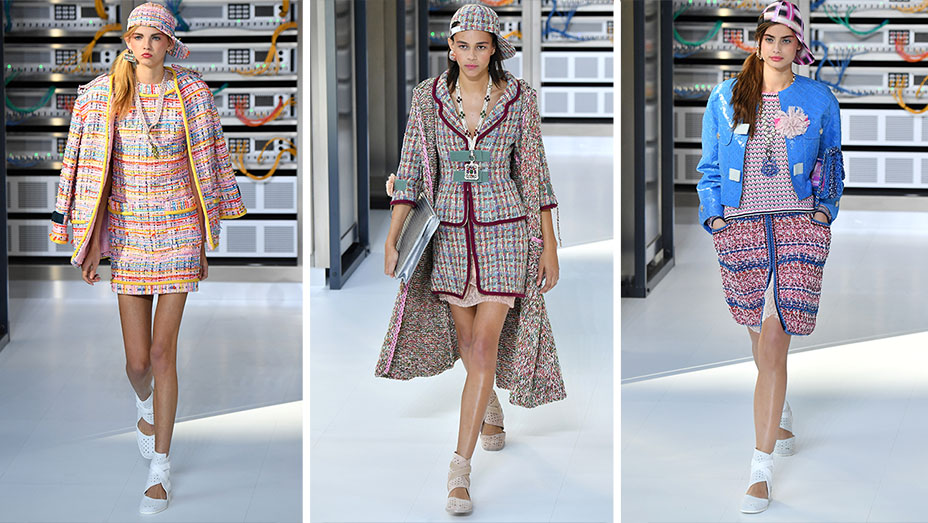 But there was still something a bit dystopian about the whole affair — the fashion faithful gobbling up Chanel data, then dutifully sharing it by Twitter, Instagram, Snapchat and whatever other platform I don’t know about, so the rest of the world could virtually consume it. And then what? Move on. 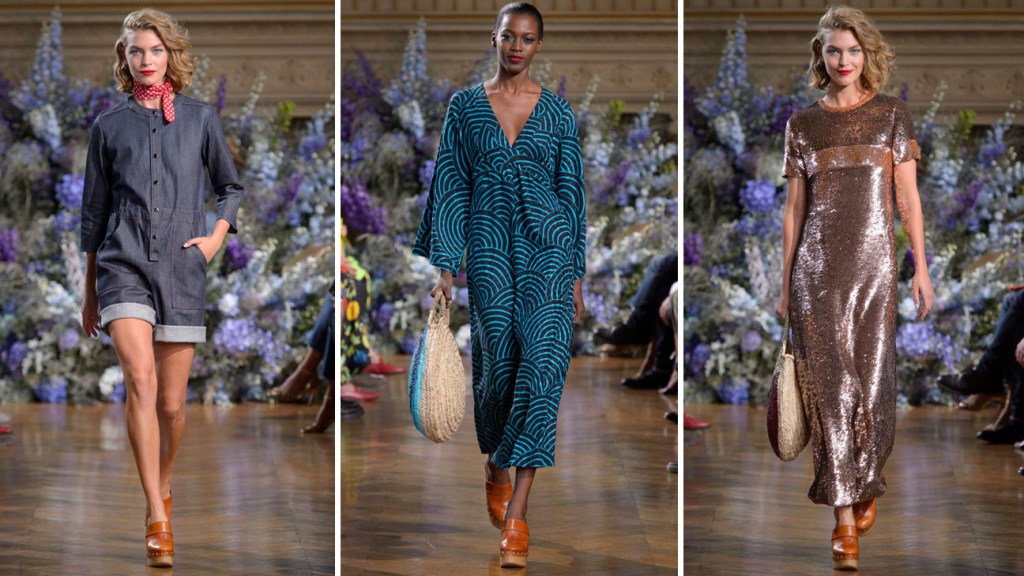 To the next show and data-sharing opp was French fashion designer Vanessa Seward’s show. Her strength as one of many shining female designers driving the future of Paris fashion is a focus on easy, wearable everyday pieces, like denim culottes, ‘70s skirts and secretary blouses, sequined skirts worn with message T-shirts, and caftans in pop florals.

Seward opened her first L.A. store recently, and fans there and elsewhere will gobble up this stuff IRL.