The City of Lights met the City of Angels when Mike Amiri brought his californiafied-couture to Paris Men’s Fashion Week on Friday. The Amiri brand may stand for all things Los Angeles, but this season the designer wanted to share a different slice of the city.

“My parents took me out of Hollywood and moved me to Beverly Hills so I wouldn’t keep getting in trouble” he explained of his childhood. “There was a really big separation between those worlds then. Today they are not two different worlds. Street is rock is grunge is punk is luxury,” he said attributing the blended new aesthetic mainly to social media.

For this collection, which had models emerging from a pitch-black room through a strobe-lit cloud of piped-in smoke, Amiri removed neighborhood barriers by showing in varying degrees the Venice skater and the Hollywood rocker, not only in one collection, but sometimes in one look. 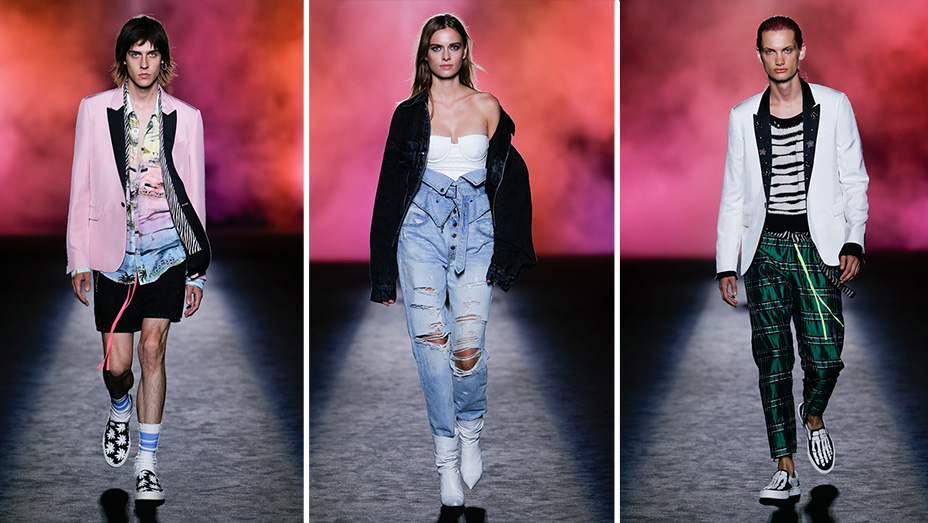 For instance, a rainbow-tinted Sunset print Hawaiian-style shirt was paired with punk rock inspired combat pants. Or a leather moto worn over a flannel and grunge utility boots. In fact, the grunge staple of tying one’s flannel around your waist was prevalent throughout, even inspiring elaborate trains on some of the female looks peppered into the mix.

Amiri was excited to point out that this collection was not only inspired by Los Angeles but was made 95 percent by talent there too. ”The things you can do in L.A. are very special and with the way that I learned to make clothes, whether its DIY, tie-dye, stencils or using markers mixing that with Italian silks and cashmeres and that’s our strength, that’s what makes the clothing in this collection special.” 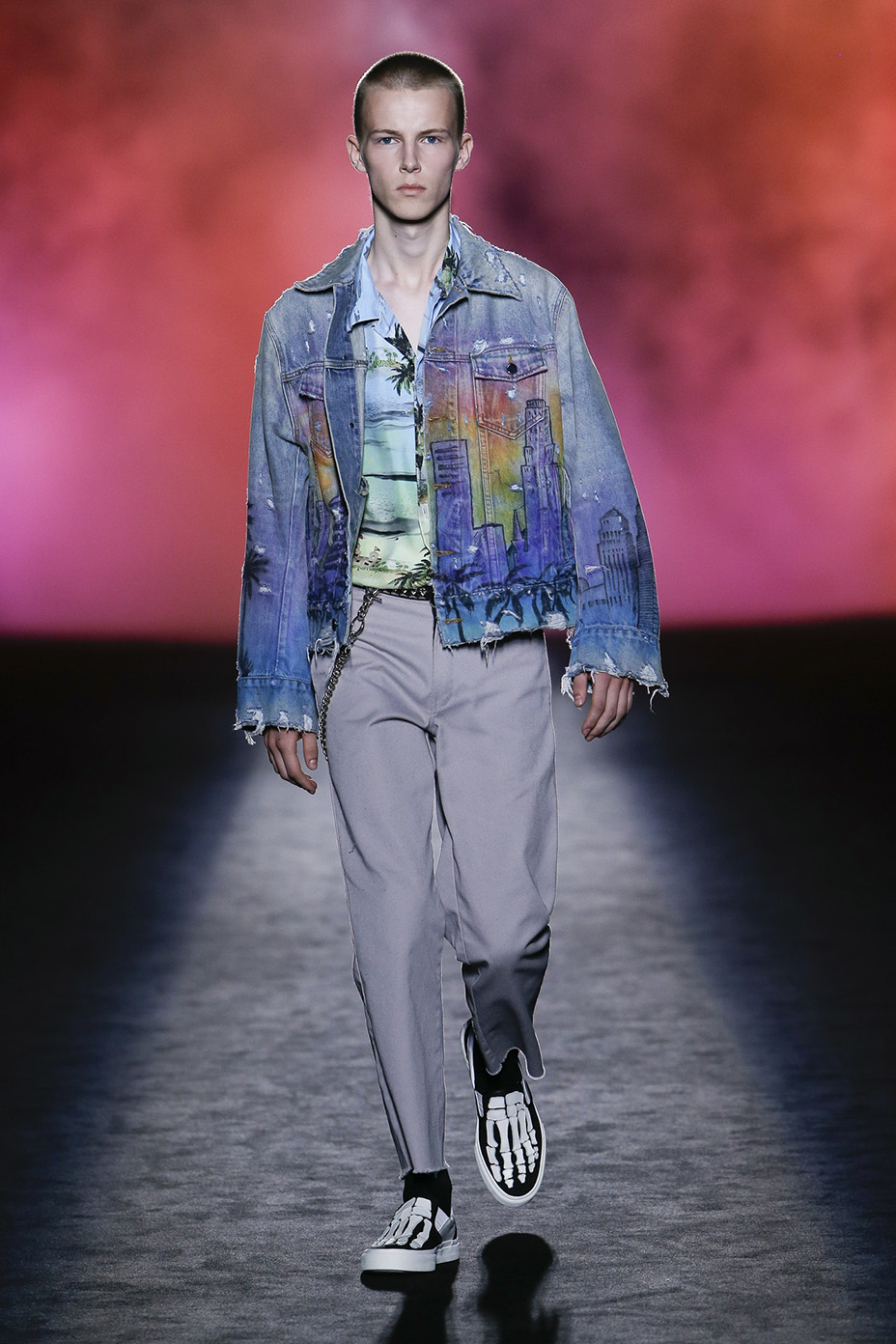 Case in point: air-brushed paint effects on a white leather moto-style jacket and denim jacket or oversized tie-dyes and over-dyed cardigans with star motifs. These were especially captivating. Retro tuxedo jackets, leather bombers, acid-wash jeans and plaid shirts, sheer chiffon embroideries, taffeta plaid pants, track pants and a Vans checkered board on a jacket were all mixed-n-match in the borderless melange-style Amiri preached. It all tapped into the nostalgia the brand seems to nail so well that according to the designer “appeals to everyone from the street kid to those in their thirties and forties” searching for that lost era. 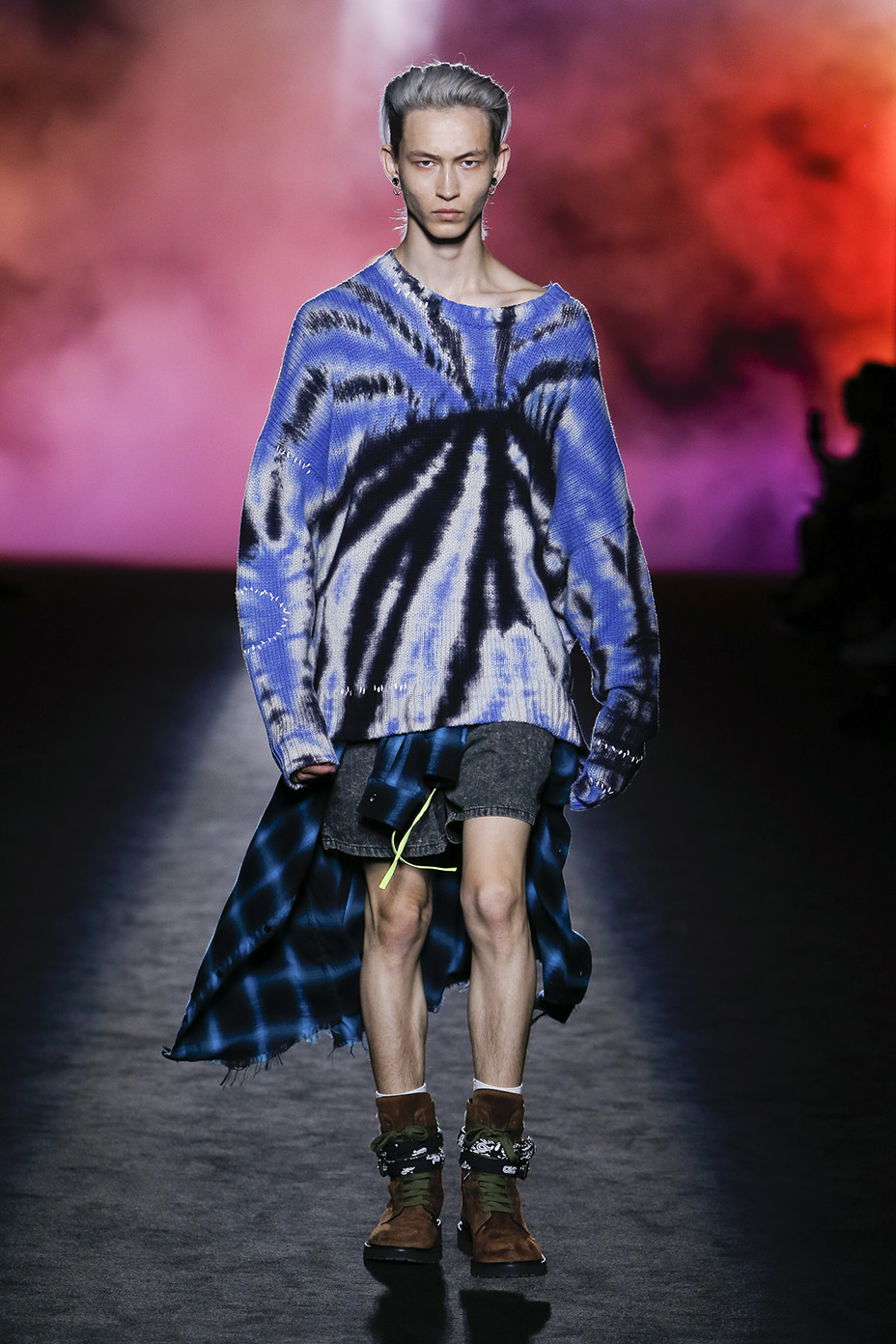 While the Red Hot Chili Peppers dominated the soundtrack this time, for his first formal Paris presentation last season, Amiri recruited an unknown, unsigned musician who was “just surfing and living out of his car.” It’s the kind of person that validates his design impetus. “He was the embodiment of what I think is great about L.A. — that idea of people leaving home and struggling to make it here.” Obviously, they look good trying. In Amiri, you can just buy it and let the struggle be not-so-real.