Olivier Rousteing may be at the helm of a circa 1946 French fashion house, but he’s always said he’s part of the click generation, and more than any other designer, he’s pushing the new frontiers of digital communication.

For his Spring 2019 collection shown at Paris Fashion Week, he was inspired by the very old (specifically ancient Egypt and the Napoleonic era relics of it scattered around Paris) and the very new, partnering with VR firm Oculus and Facebook 360 to offer viewers at home the same 360-degree view of the runway.

Using new technology to enhance the catwalk (and shopping) experience is part of Rousteing’s dream of becoming fashion’s most future-thinking brand and follows his introduction of a custom Beats by Dre headphone collection at the opening of the Melrose store in Los Angeles in 2017 and a VR Oculus headset experience at the new Milan store soon after. Both projects were designed to help fans (he has 5 million on Instagram) get a window into his creative process.

Balmain's Olivier Rousteing on His Love for L.A., Kylie Jenner and Brigitte Macron

Although in the past, Rousteing has hosted Jenner-Kardashians and Kanye in his front row, he reserved the star power for the runway this season. At least one user I know who tried to watch Cara Delevingne open the show in a metal breastplate and white suit from afar wasn’t able to (something to do with the Wi-Fi at her hotel), so I can’t comment on how well the technology performed, but I can report that the clothes weren’t totally connecting. 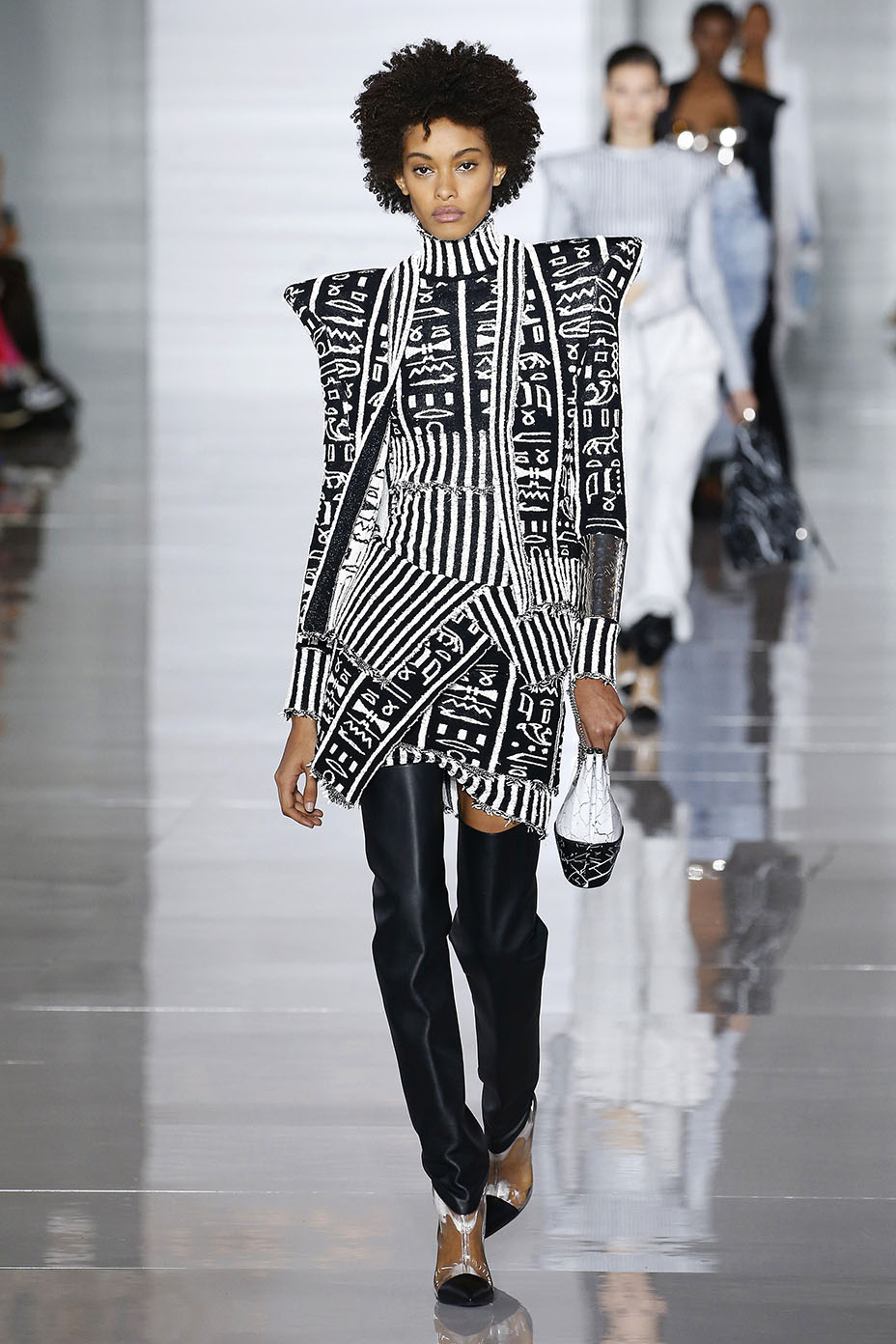 Rousteing took the Egyptian inspiration quite literally, building out the brand’s signature wide shoulders to pyramid-like protrusions, weaving hieroglyphic symbols into a knit jacket and skirt combination, embroidering a sphinx on the front of a bedazzled cocktail dress, even wrapping a couple of models like mummies in strips of white tulle that unfortunately resembled toilet paper. 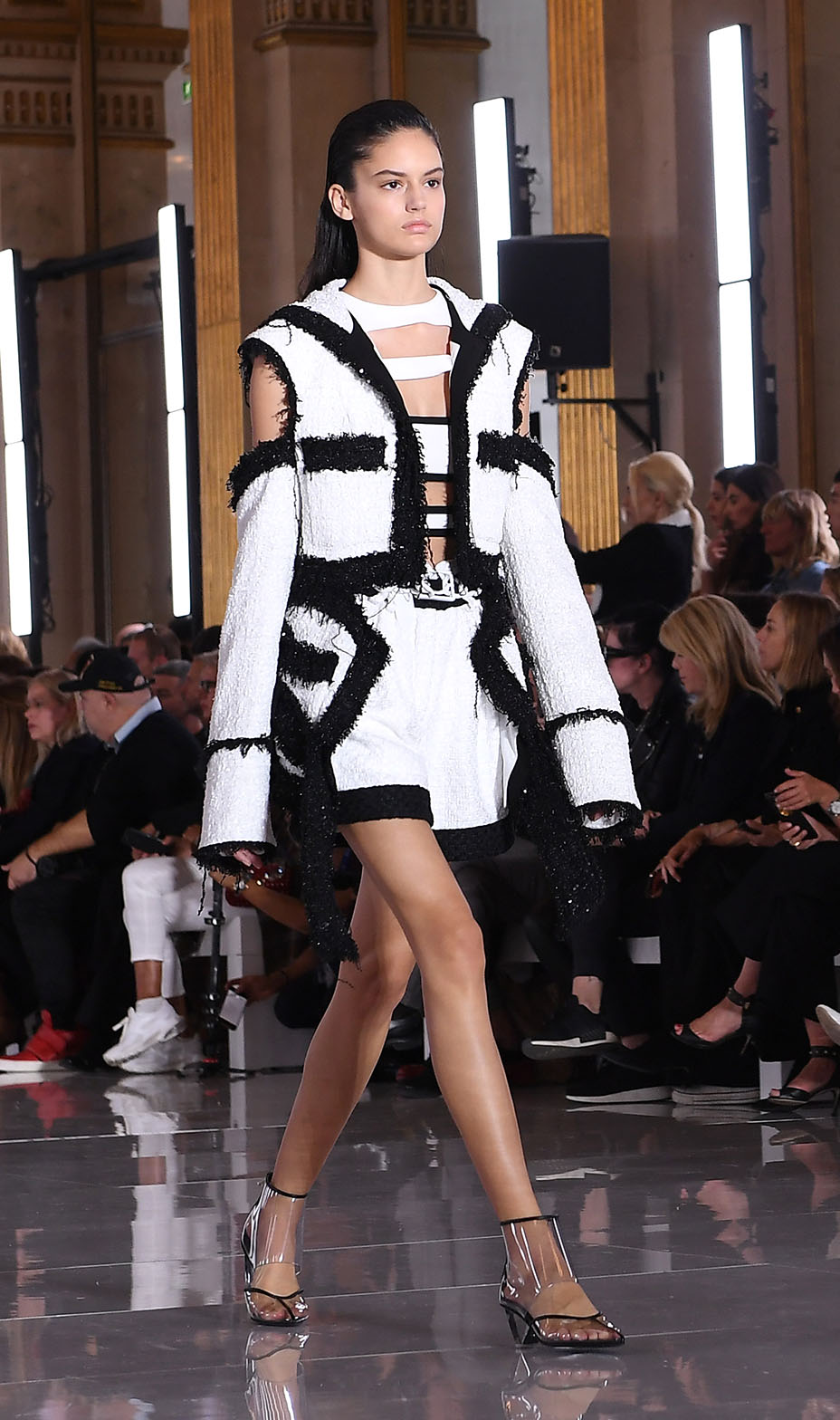 Tweedy suiting with fraying hems, and high-waist, pleat-front acid-washed jeans (if you are too young to have worn them the first time around, they are new to you) offered some respite, but this outing was less haute than Halloween. 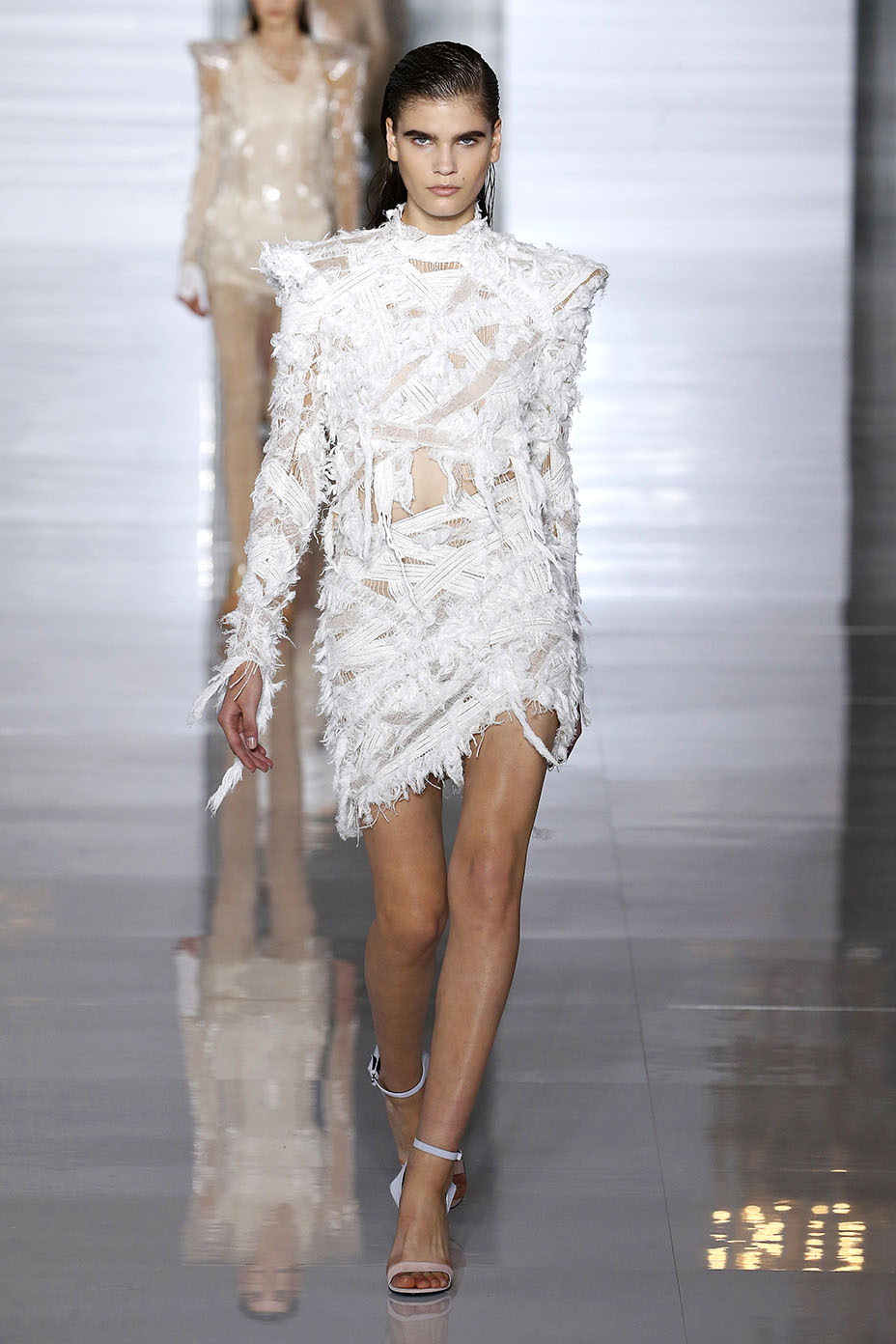 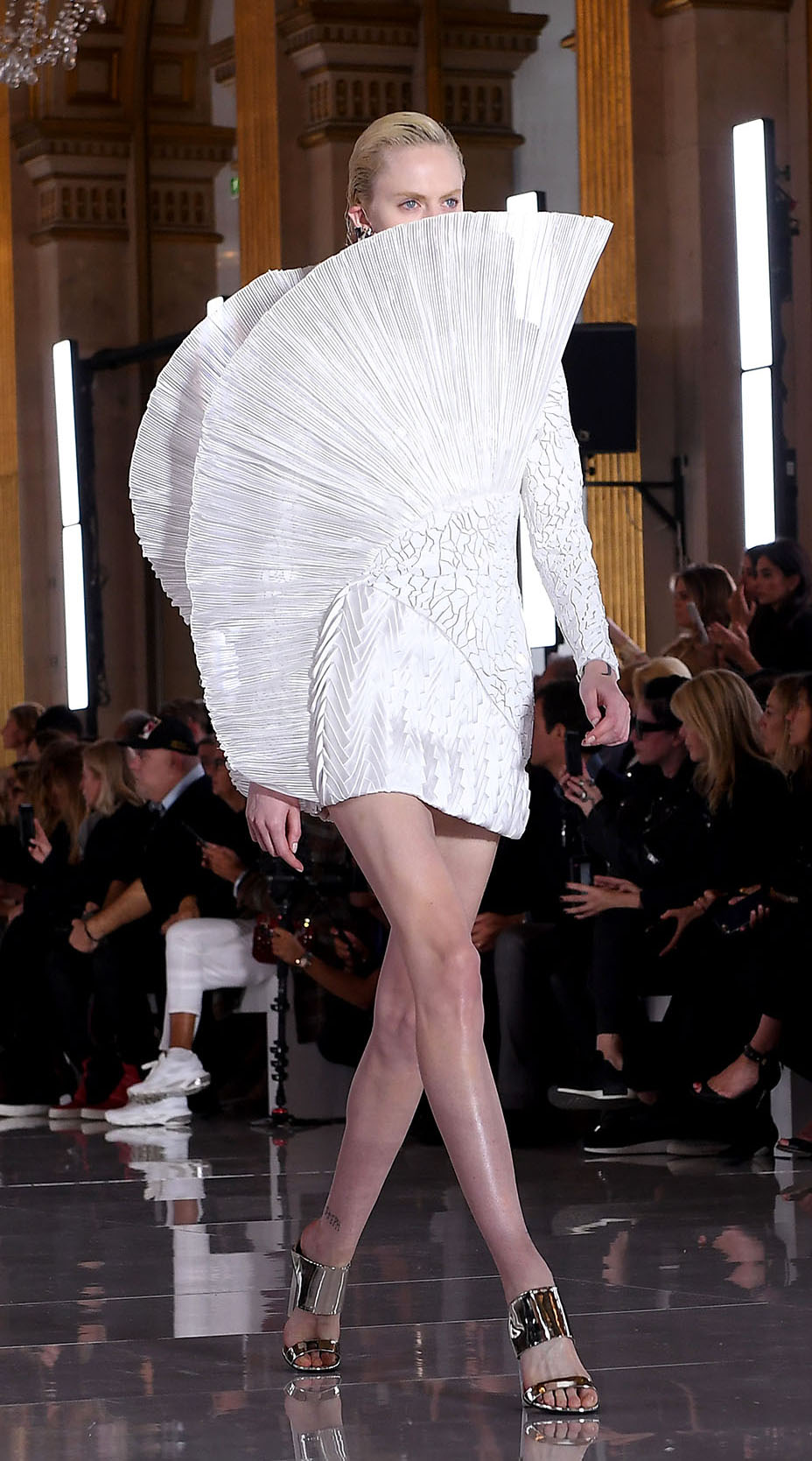 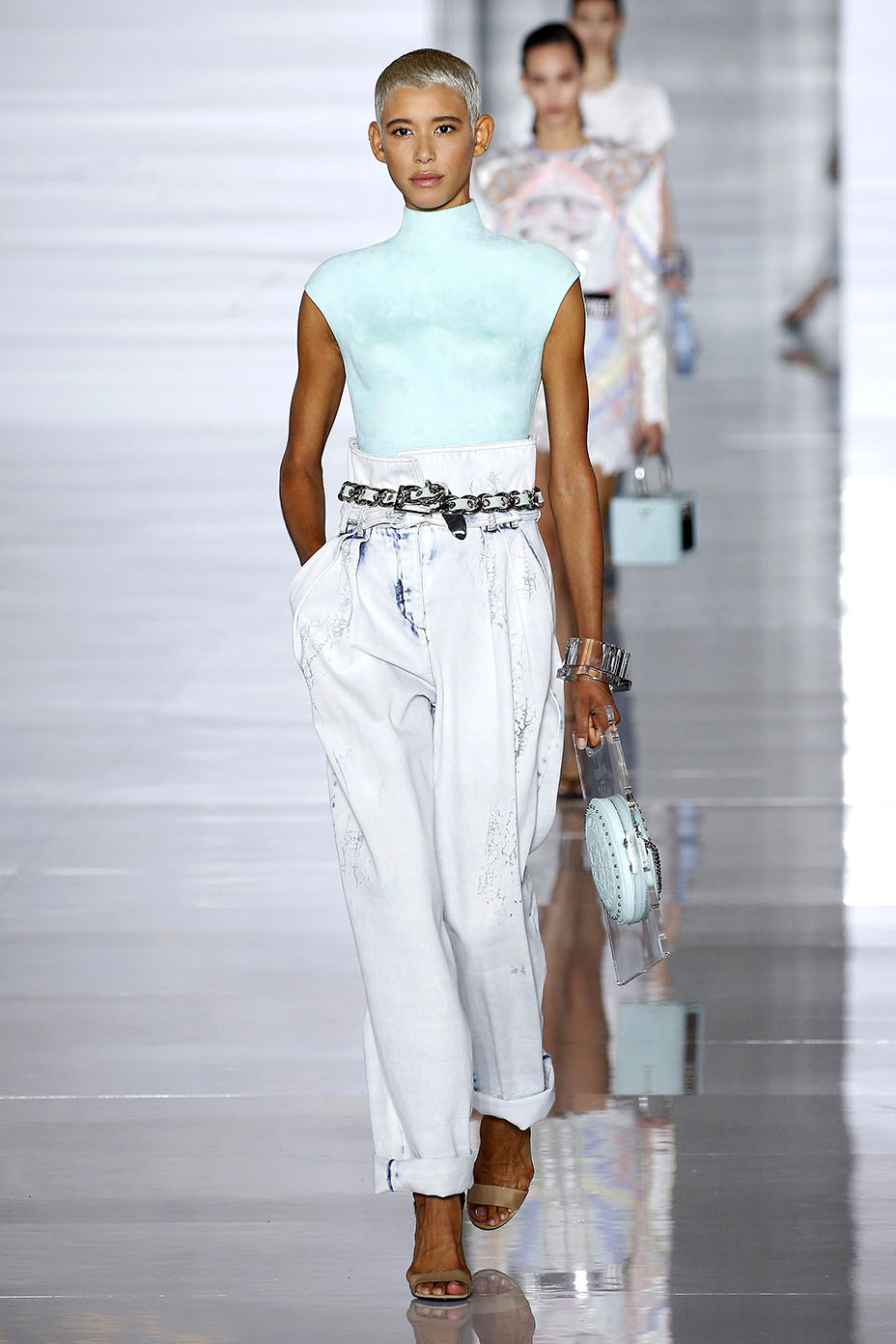 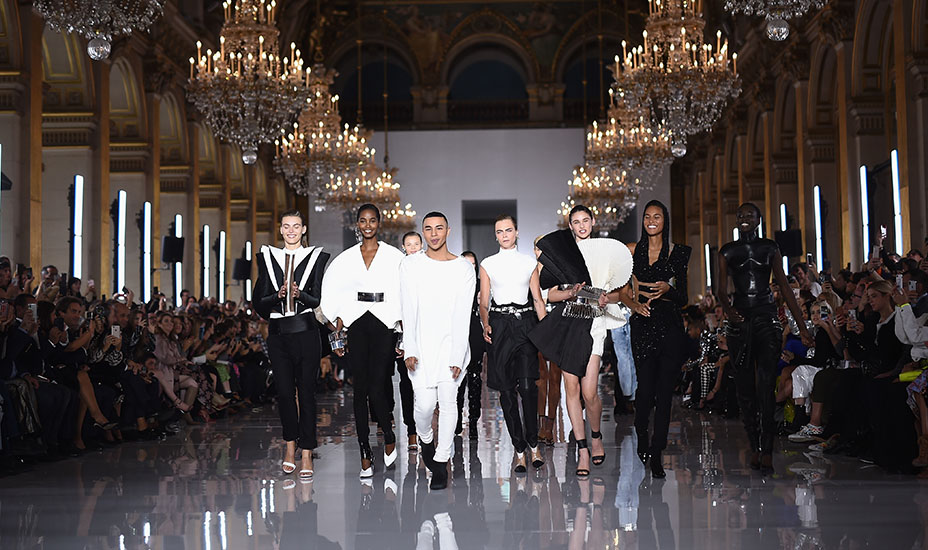