John Galliano, fashion’s onetime enfant terrible, who was famously caught on a camera phone shouting anti-Semitic slurs that led to his firing at Dior and a stint in rehab for alcohol addiction, revealed a new Mutiny fragrance and #MyMutiny social media campaign during his Maison Margiela runway show on Wednesday at Paris Fashion Week. The message? To sell the “essence of change,” while promoting tolerance (yes, there’s irony in that) and an end to gender stereotyping with this deep thought: “There is no such thing as normal.”

Guests arrived to see a film by Fabien Baron projected on the walls featuring actresses Sasha Lane, Willow Smith and trans model Teddy Quinlivan among others, sharing candid thoughts about redefining beauty, living authentically and not allowing your appearance to define your femininity. (In the latest installation of the Margiela brand’s In the Memory Of podcast series, Galliano reveals the story behind his new genderless approach, and that social media influencers and pop culture figures are his inspirations.)

For Galliano’s first unisex collection, the clothes on the runway were worn by gender-bending models of all kinds — with finger waves, wearing granny hats, sheer lingerie layers, latex pants and skirts, all of them looking a bit like club kids vogueing on a catwalk. 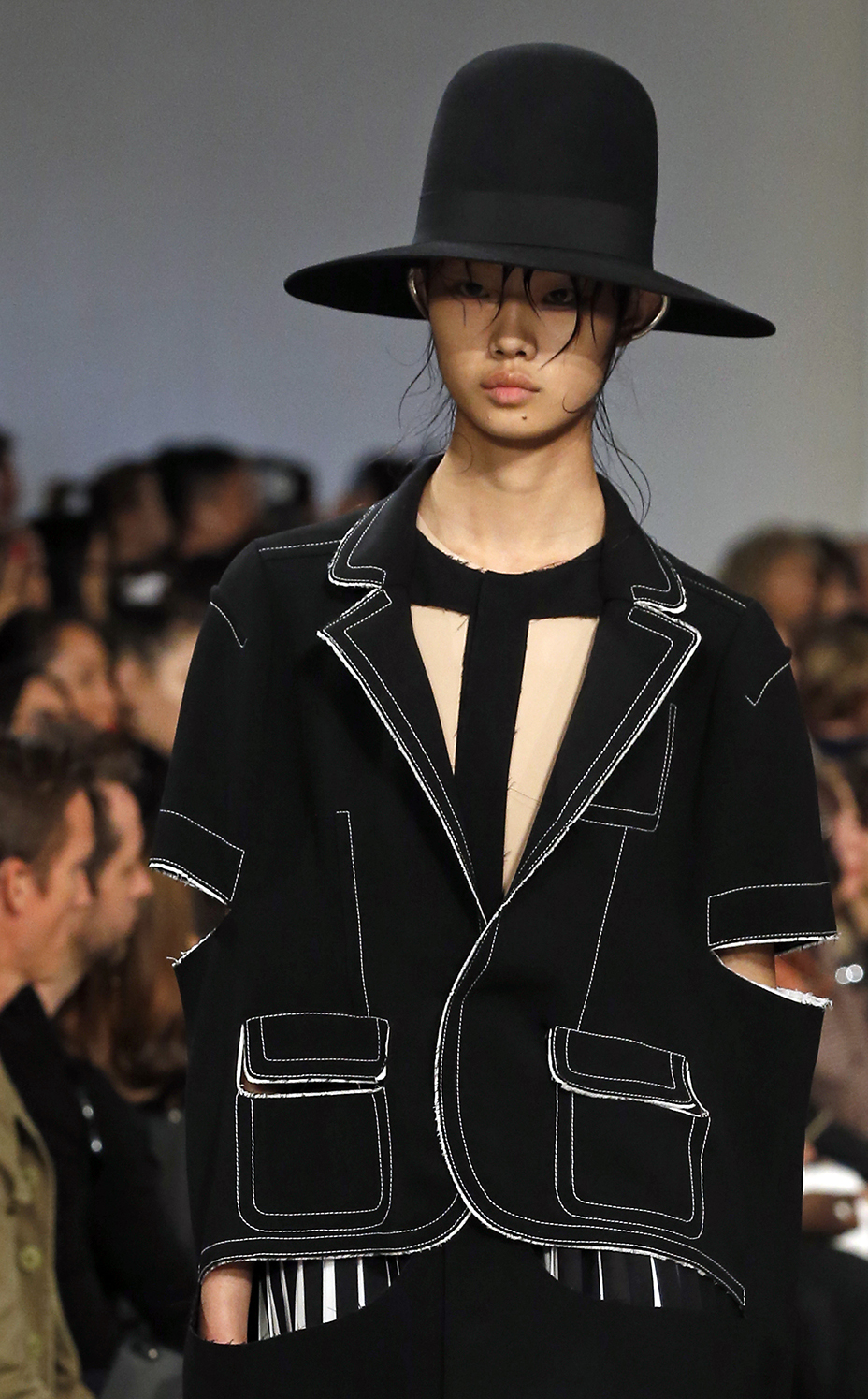 The designer’s deconstructed silhouettes are always brilliantly mutinous themselves, this season with suiting fabric blazers, capes and coats ripping at the seams, gold brocade frills worn belted to bare torsos like modern corsets, and tea dresses spliced and diced. The brand’s signature pillow-like handbags, techie rucksacks and headphones added to the maison’s more commercial offerings. And that’s not where it ended. 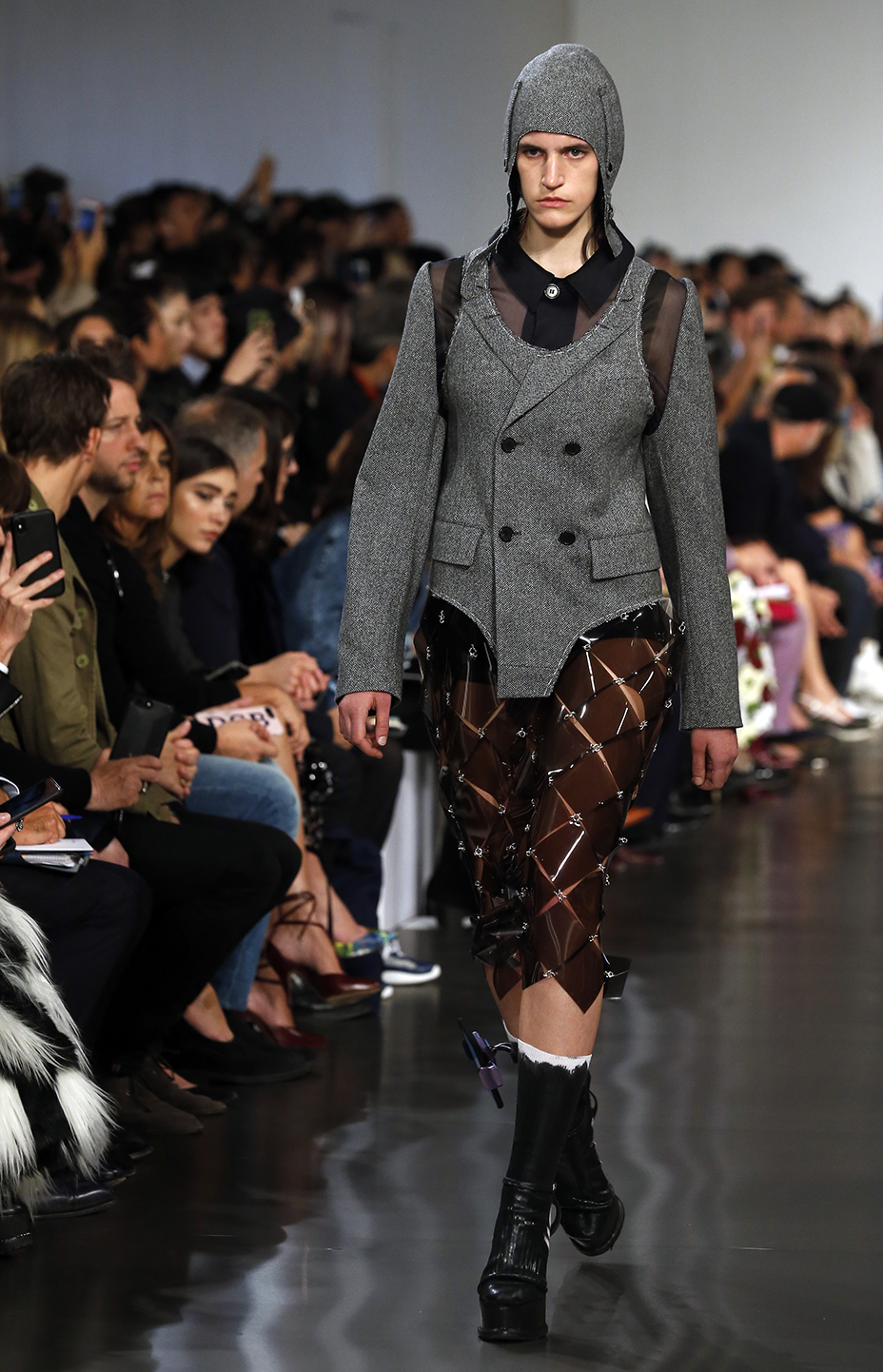 After the show, when guests exited onto Avenue President Wilson, they encountered a bus parked out front of the Grand Palais with a giant screen aloft, beaming the branded campaign, guerilla-style, to hundreds of passersby on the street. 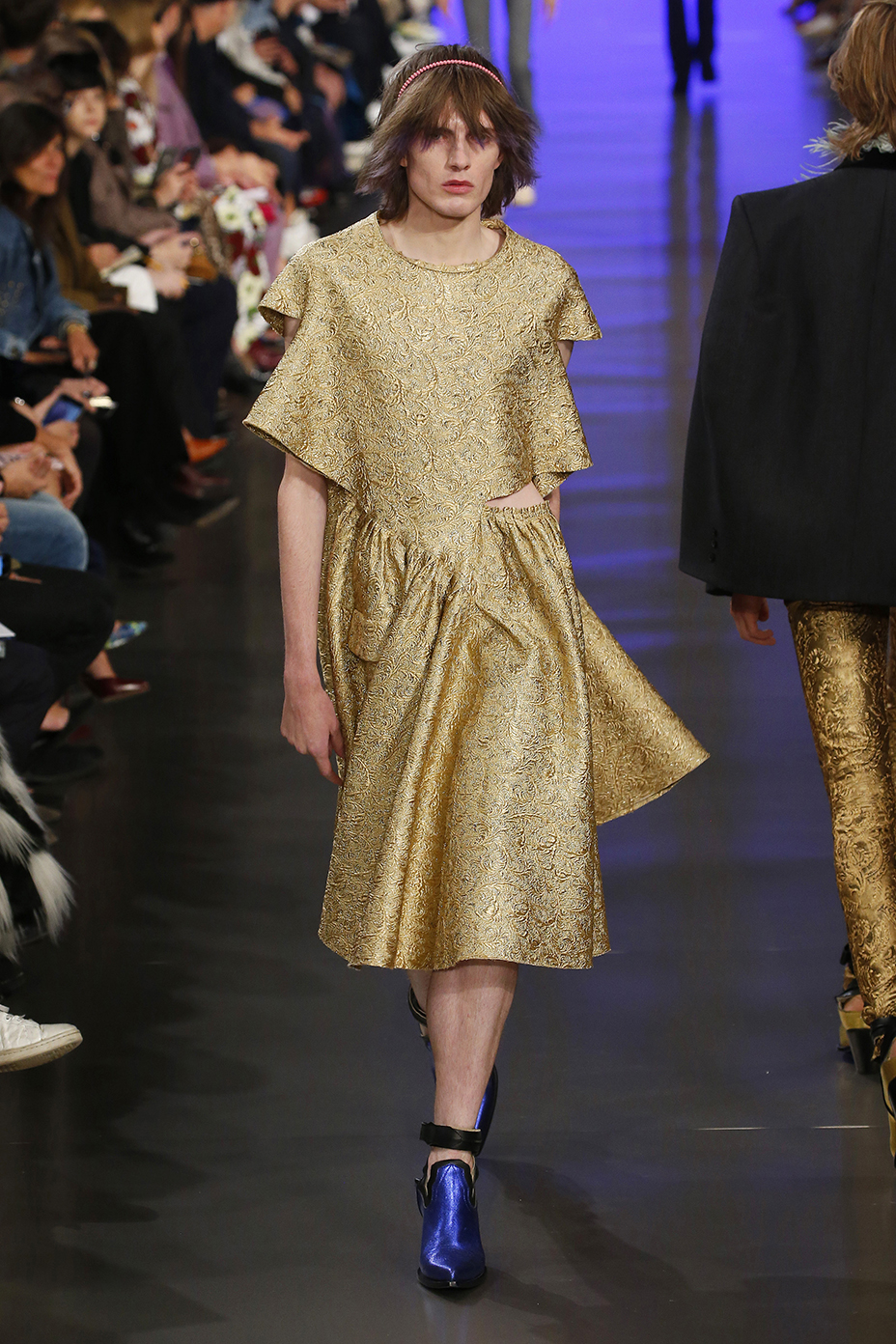 No idea what Mutiny actually smells like (samples were not forthcoming), but I imagine Galliano and his bosses are hoping it will become the Gen Z version of Calvin Klein’s revolutionary CK One fragrance of the ’90s, which itself was marketed through street art campaigns, Times Square billboards and more.