Just last week, another twist in Lanvin’s uncertain story was announced: The French luxury brand was acquired by Chinese firm Fosun International Ltd., whose other investments include Club Med and St. John Knits.

It’s been several years since Lanvin was the go-to red-carpet choice for A-listers — from Julianne Moore to Kim Kardashian. After the unceremonious 2015 exit of former creative director Alber Elbaz, which followed alleged conflict with majority owner Shaw-Lan Wang, the label hasn’t been much of a red-carpet player, and sales have taken a hit. Designer Bouchra Jarrar stayed on for just two seasons, replaced by Olivier Lapidus, whose first collection was met with disastrous reviews.

Inside the Givenchy and VTMNTS Runway Shows at Paris Fashion Week 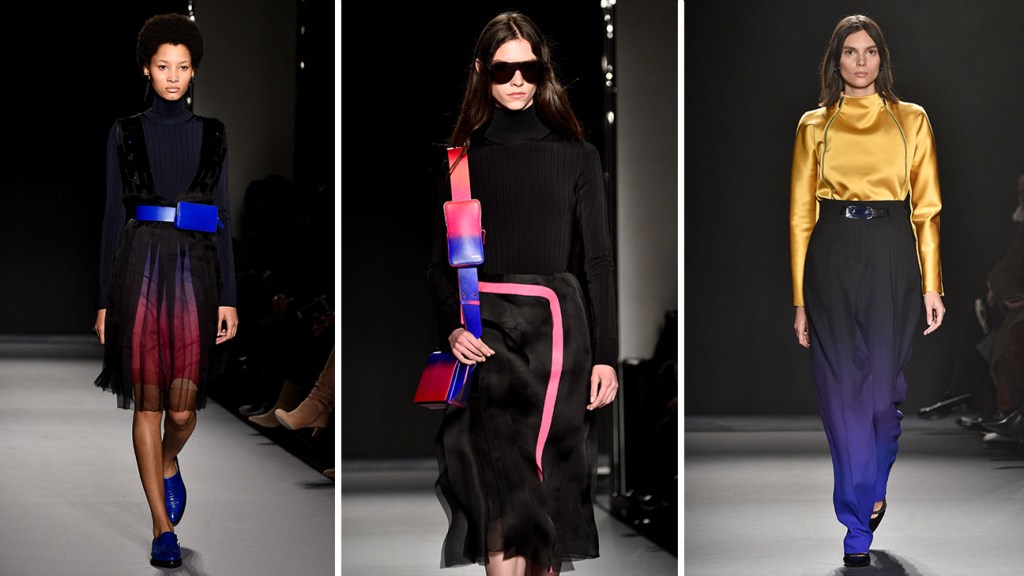 On Wednesday, his sophomore outing for the brand was slightly more promising. Like Miuccia Prada in Milan, Lapidus was inspired by urban lights, specifically the work of digital artist Krista Kim, which led to color and light effects on oversized satin, three-quarter sleeve ombre coats and fluid trousers, as well as sleek hooded or turtleneck knits tucked into pleated skirts that all seemed as if they were lit with LED tubes. 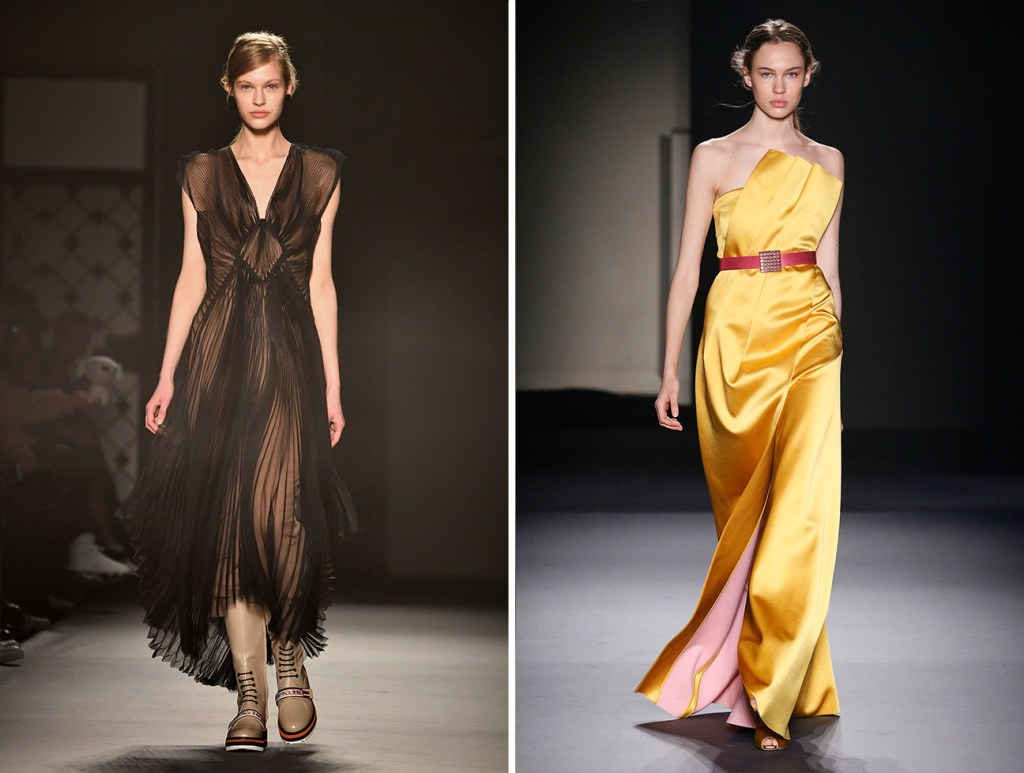 Eveningwear, however, seemed almost like an afterthought, with a strapless yellow satin gown cut to reveal a pink lining, and a black dress showing off a vintage-feeling sunburst pleating technique that looked jarring in context.

The biggest issue is that it’s not clear how Lapidus’ vision draws on the heritage of Lanvin, with its historic mother-and-child logo, which was built on the romance of delicate embroideries and trims rooted in the 1920s and ‘30s and revived in a more modern way by Elbaz in the 2010s. The bosses at Fosun have said that they are counting on Chinese consumers to buoy sales, but it’s still uncertain what exactly they are being asked to buy into. 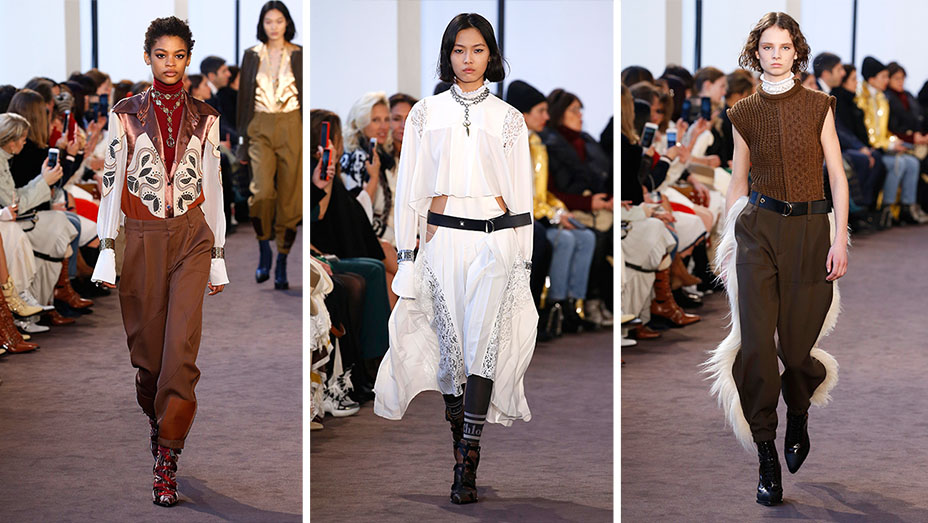 Not so at Chloe, where in her second runway outing, new creative director Natacha Ramsay-Levi solidified her plan to both reference and disrupt the codes of the house associated with 1970s boho dressing and the French bourgeoisie.

She took the classic signifiers of Chloe — soft, feminine shirt dresses; romantic prints and lace, and diffused them with wild and wooly furry fringe trim on sweeping skirts and the sides of pants; slashed knitwear revealing a new sensuality and hint of skin; and nods to cowboy culture that came out in cool-looking Western-style shirts and short boots with tooled metal heels.

From zipper-trimmed, high-waist pants to soft dresses with metalwork details, short boots swinging with chainmail fringe on the heels, to blouses and sweaters held by hammered arm cuffs, the collection was a sophisticated step forward, and a treasure trove of boho luxe with enough newness to bring the Chloe woman back in full force.