If ever there were a time to bring back the razor-sharp power shoulder for women, it’s now.

And that’s exactly what David Koma did with his fall 2017 collection at Mugler, presented Saturday at Paris Fashion Week, with a soundtrack of songs by the late great George Michael, who famously collaborated with the house founder Thierry Mugler on the 1992 video, “Too Funky,” starring a constellation of supermodels.

On the runway, the shoulder was a rallying cry for strength and general badassery, not unlike Dior’s revolutionary berets, Missoni’s pussy hats and Prabal Gurung’s protest T-shirts from earlier in the runway season. 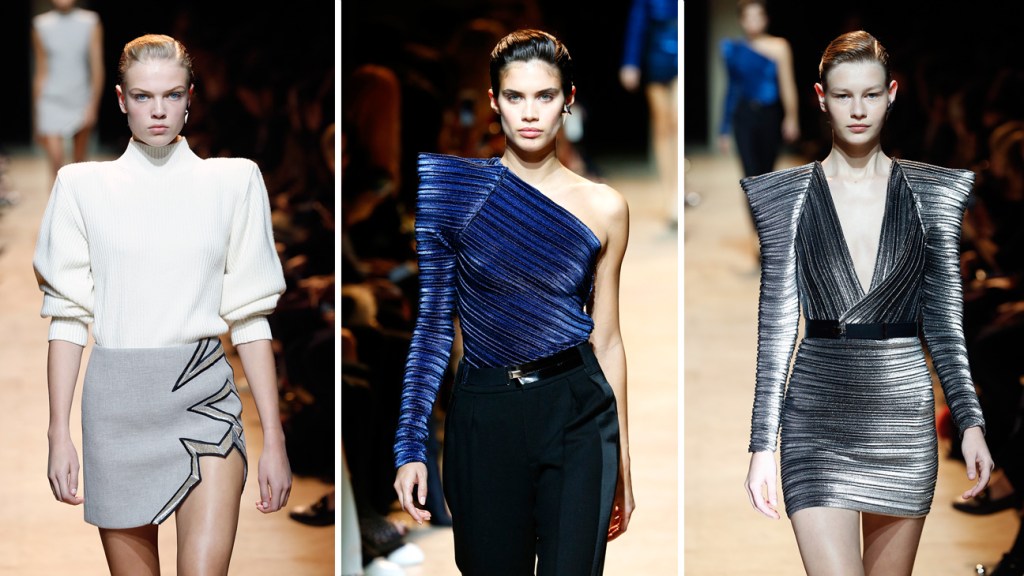 The French house’s namesake, Mugler, rose to prominence in the 1980s and ‘90s, and was known for strong, structured silhouettes, and those peaked shoulders. And yet, there was something almost punishing about his clothing, which was often corseted and decorated with hardware (he even affixed car tail fins to women’s hips).

That’s where Koma’s take — he has been creative director of the brand since 2013 — differs. This collection was soft and modern, balancing strong shoulders with pliable pleating, sharp-cut miniskirts with soft sweaters (albeit with those killer shoulders) and more. 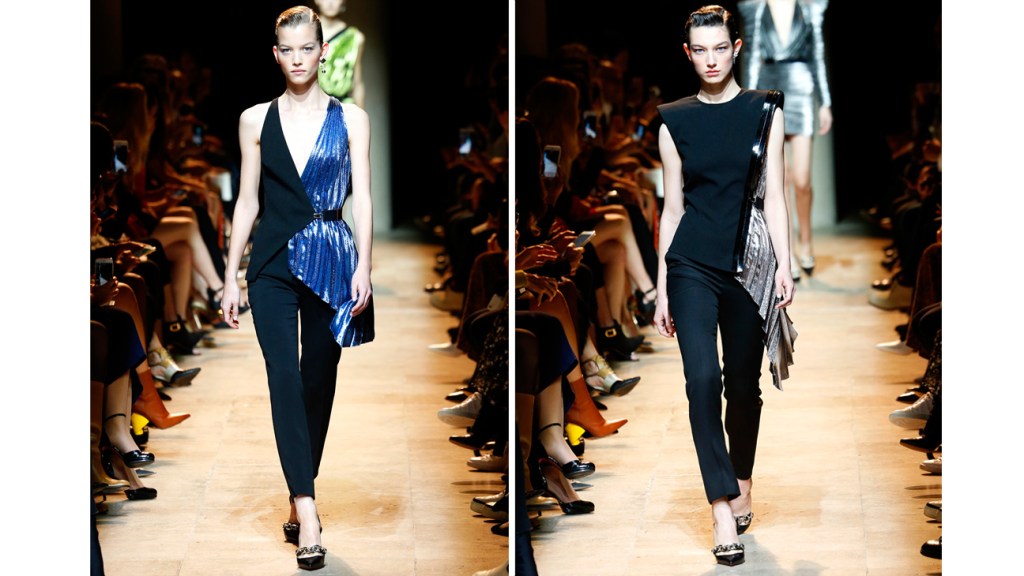 There were Hollywood red-carpet and premiere clothes for days (Beyonce, Tracee Ellis Ross and Gal Gadot are fans of the brand), including super-short pleated mini dresses in electric blue or silver, some decorated with stars. 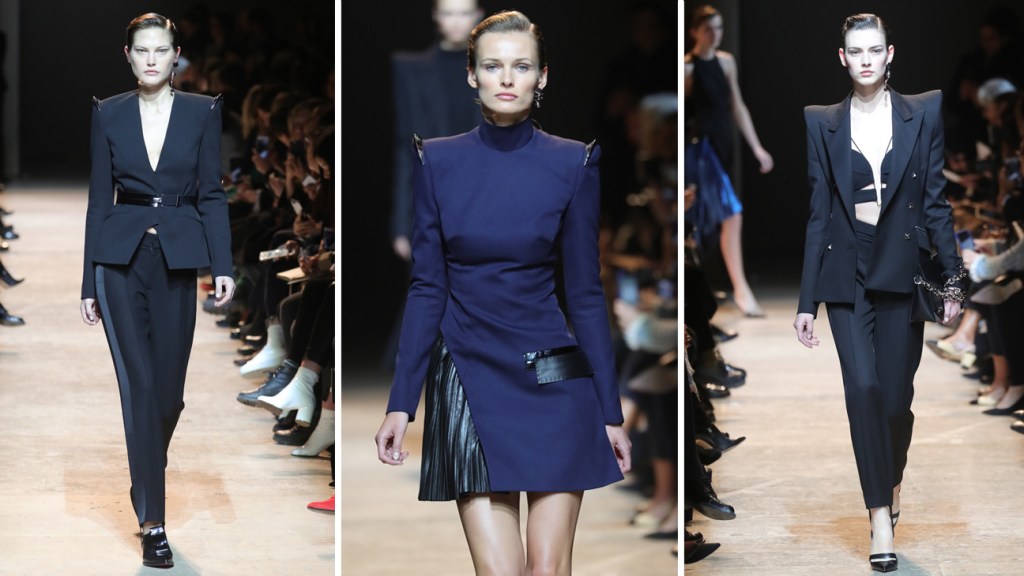 Elie Saab’s collection was also an embarrassment of red carpet riches, inspired by one of ballet’s most iconic scores, Giselle. 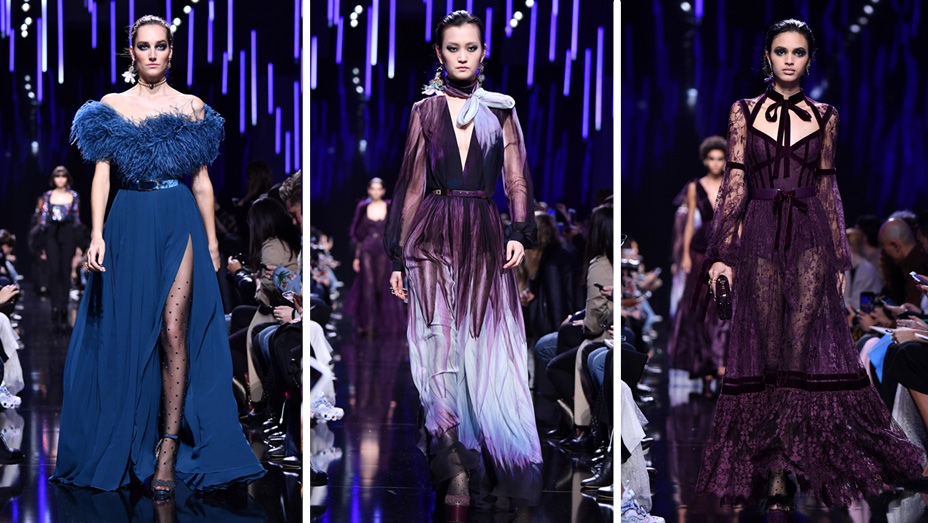 That translated into dark romantic clothes that oozed luxury, with plenty of velvet and lace and ultra-light embroidery.

Although more well-known for his couture eveningwear (his first Oscars hit was in 2002 with Halle Berry’s burgundy embroidered gown, and he dressed both Meryl Streep and Janelle Monae for this year’s Oscars), the Lebanese designer has been making headway with his ready-to-wear, day wear and accessories, too. (He recently opened stores in London and New York featuring the full brand range.) 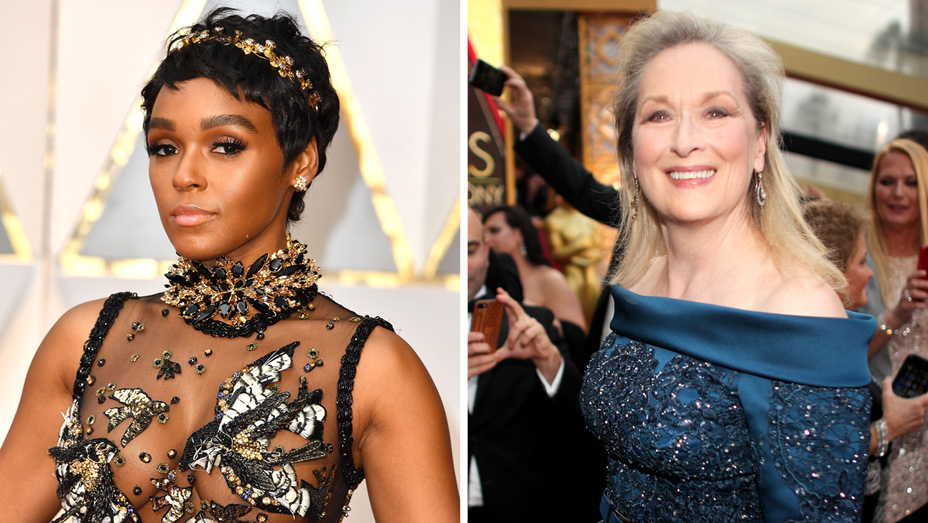 In this collection, the outerwear was particularly strong, including a lily-embroidered biker jacket worn over a black tulle ballet skirt and a black velvet ribbon-laced blazer over leggings. 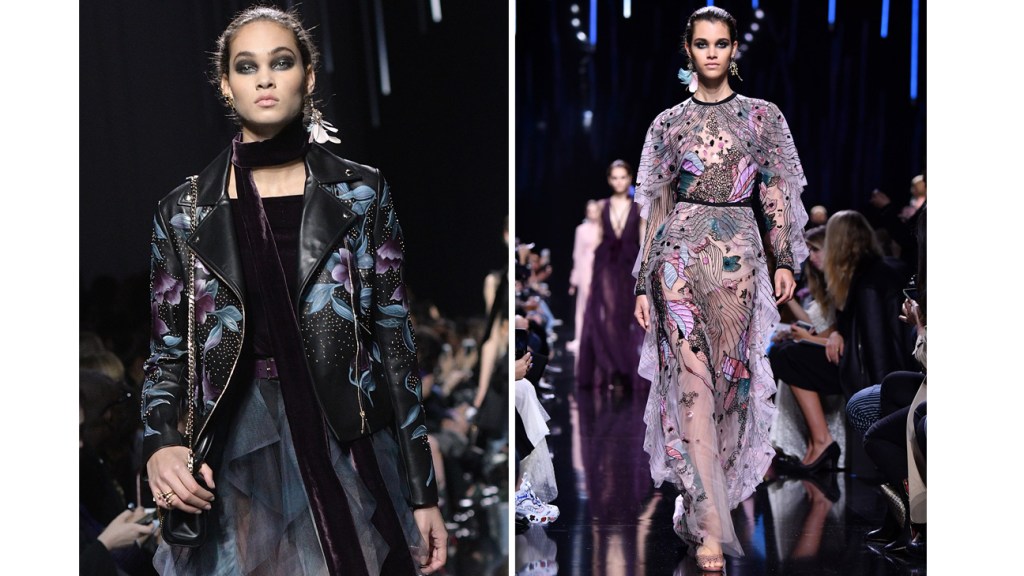 The floral theme continued on chiffon dresses, which came embroidered, ruffled or contoured with harness details. A teal blue off-the-shoulder gown had a neckline covered in feathers, and another gown in plum guipere lace was corseted and ribbon-tied. 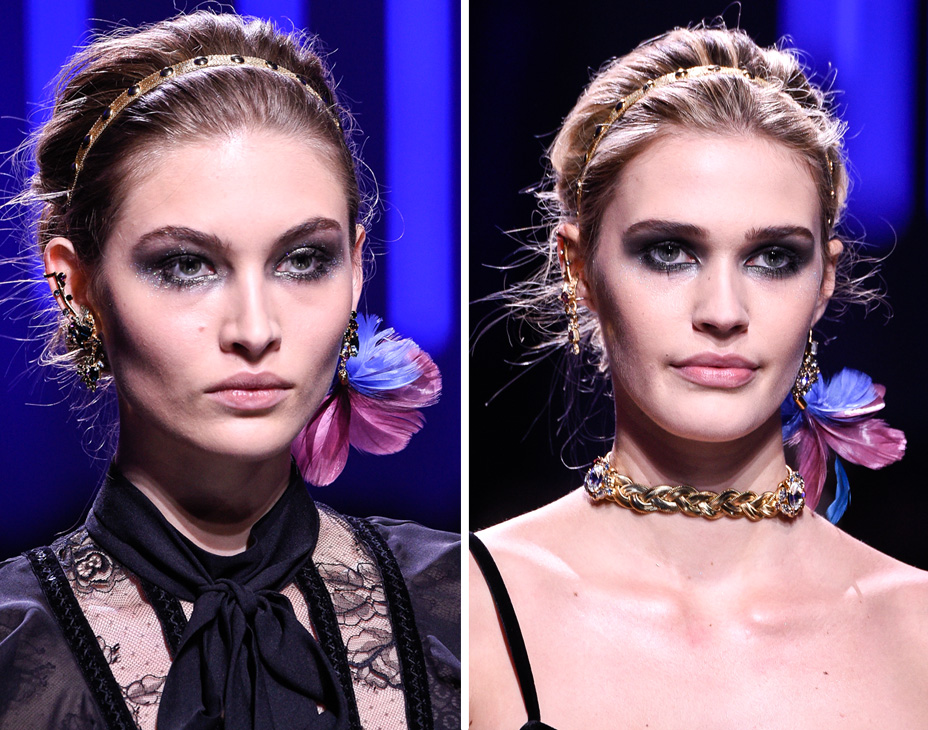 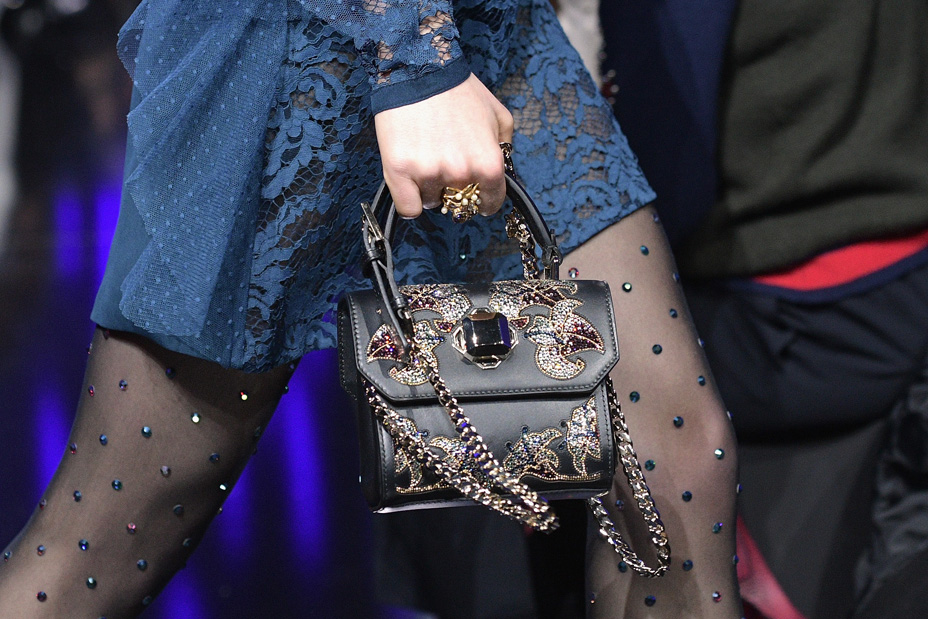