Attending as the official “host” was Indya Moore of Pose, the FX series set in New York’s ’80s drag ball scene, who promoted the Louis Vuitton show’s live stream in a series of Instagram videos. She danced in her seat to the soundtrack of popular ’80s hits such as “Pump Up the Jam” and songs by Art of Noise.

The colorful tube grid architecture of another landmark, the Centre Pompidou in the Beaubourg neighborhood of Paris, was recreated within the tent space. Designer Nicolas Ghesquière, remarked in show notes: “A fascinating incubator of a neighborhood — an incredible melange, converging in the epicenter. The cliques, the styles, the life… I love that impression of a sartorial melting pot. Today, I’ve transposed it at Louis Vuitton: A house of multiple expressions.” 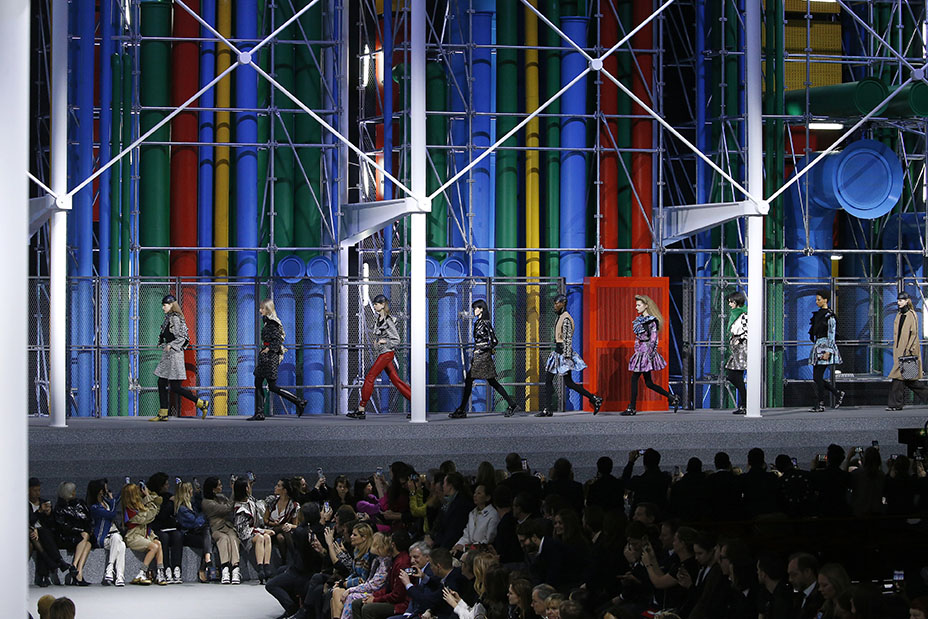 For the show, the designer juxtaposed many of the ideas and styles of yesteryear with a modern edge, much like the shock that was the 1977 arrival of the super modern and industrial arts center in quaint old Paris. Refinery sweaters and ‘Carcass’ dresses translated to a Mondrian-esque ski sweater and prairie dresses that moved from sweet and innocent florals to a night at the club. The designer seemed to capture the transition from late ‘70s sensibilities as it veered into the excess of the ‘80s, just as the Centre Pompidou did. 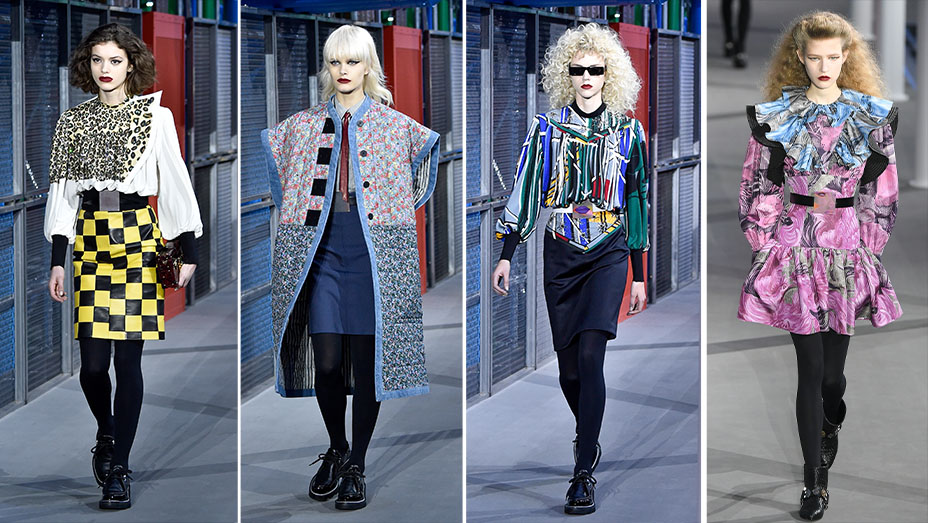 Almost every look showcased sported the belted waist popular in the era. Other styles included tiered-ruffle miniskirts, sleek checkerboard-patterned pencil skirts, and high-waisted pants cropped for the peep of an ankle. Models donned jackers that were short, tapered bomber styles or nipped at the waist with the season’s signature power shoulder; some looks veered towards the Working Girl aesthetic of going straight from the office to the club. What could have easily looked like thrift-store finds were elevated into aspirational garments. Meanwhile, studded pointy boots and riffs on clunky Dr. Martens shoes grounded the looks, while a new Monogram LV Pop bag would move perfectly from day into night.

Show notes made the connection to the architectural feat of the Pompidou with functional elements on the outside and beauty on the inside. The designer compared the tubes (green for water, blue for air, yellow for electricity and red for humans) to the flow of fashion — “an architect’s glossary that’s both formal and fanciful.” 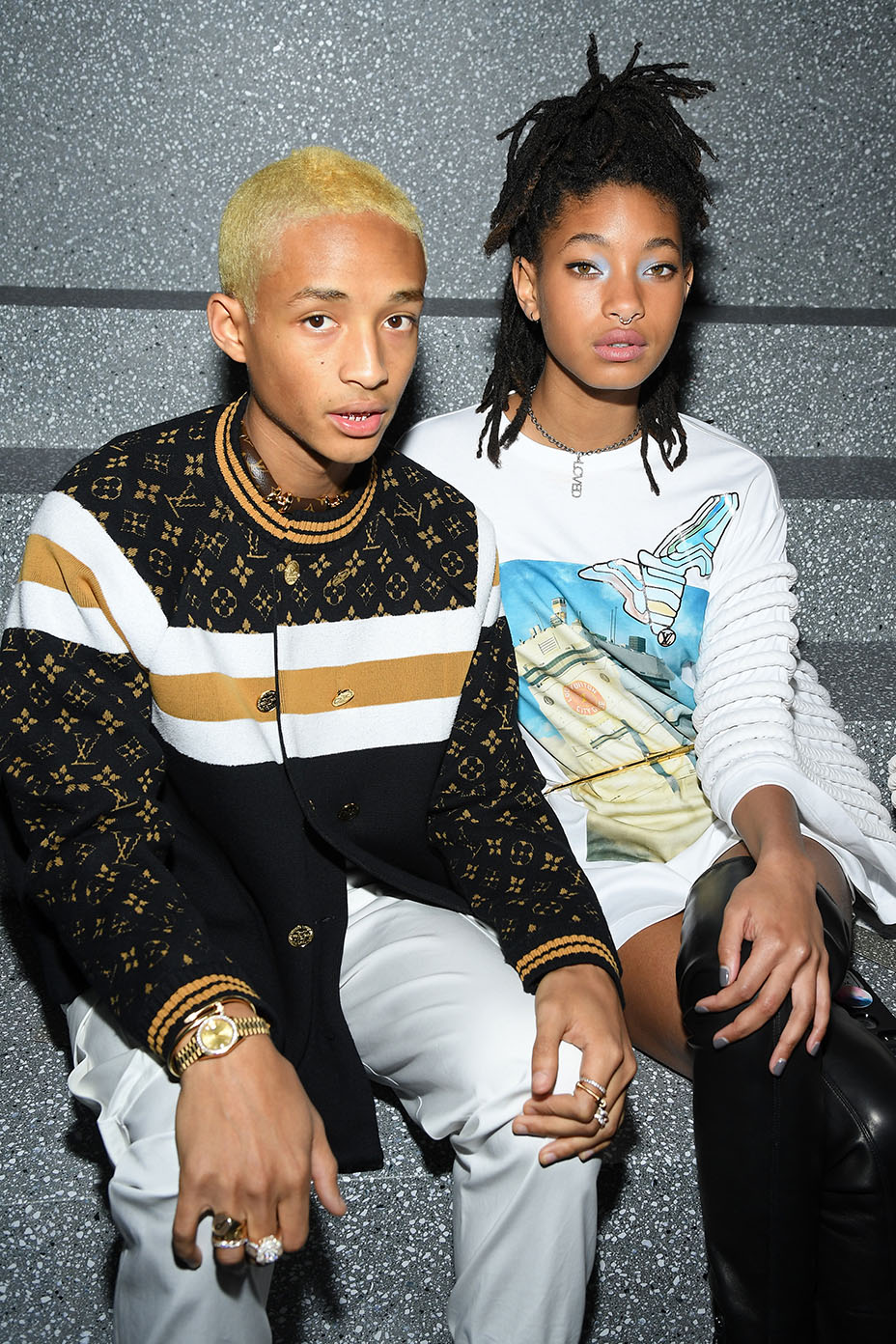 After the show, the Smiths were spotted congratulating the designer and chatting with friends, including singer Kelela and Chinese actress Zhong Chu Xi. Jaden was also seen carefully navigating his sister through the throngs and politely posed for photos with fans. “I just got to town and we are leaving tomorrow,” he told The Hollywood Reporter, smiling to reveal his new pavé grill. “We will go to the afterparties tonight and then sleep all the way home to L.A. on the plane.”

Moore told THR: “Paris is very surprising; it is really beautiful — and the love people are showing me! They are really nice, whatever people say about them. There was gold in the brownie I ordered, so I requested extra gold and they gave it to me!”