There are plenty of “splashy” parties in Cannes, but the hosts don’t usually take the term so literally. Designer Philipp Plein certainly did when he and graffiti artist Alec Monopoly jumped into the pool at the end of his fashion show Wednesday night.

It capped off a wild show with models including Paris Hilton and her current boytoy Chris Zylka — who walked hand-in-hand down the runway before making out for the cameras — Sofia Richie, Winnie Harlow, Floyd Mayweather, Jordan Barrett and “Hot Felon” Jeremy Meeks. 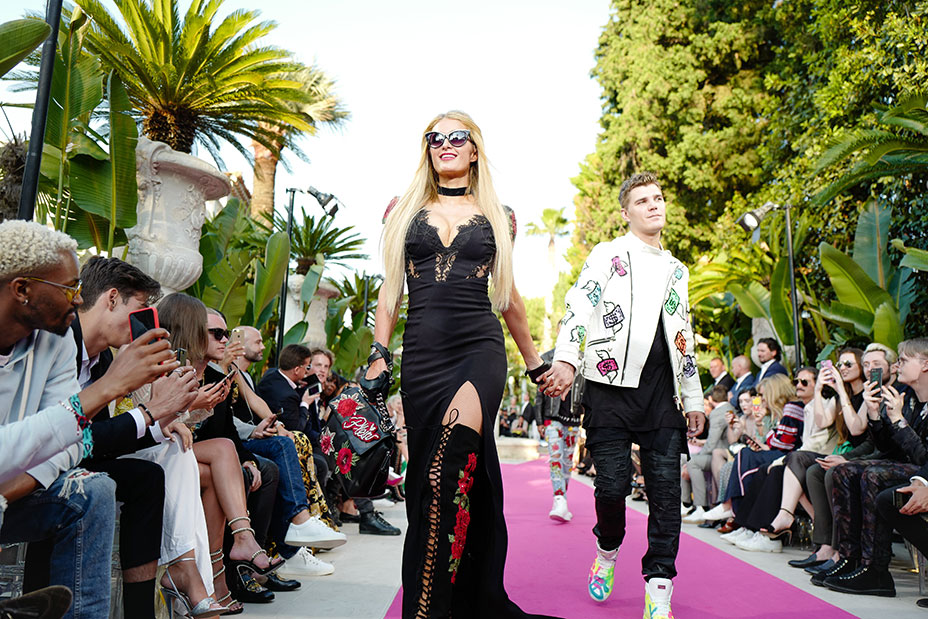 Monopoly, who collaborated on the collection, walked with Harlow to spray paint a white skirt in the middle of the runway — actually a hot pink carpet that wound through the garden and around the pool. Monopoly, whose art is said to be a critique of our money-driven society, certainly doesn’t shy away from the glitz and glamour of the botox-and-bronzer South of France set.

Neon Carnival Heads to the Metaverse With Paris Hilton

“We’re brothers,” he told Pret-a-Reporter of the impromptu jump with Plein. “If he goes I go. If that ship is sinking, I’m going with it.” The artist hid behind a t-shirt because his signature face mask had fallen off in the water. 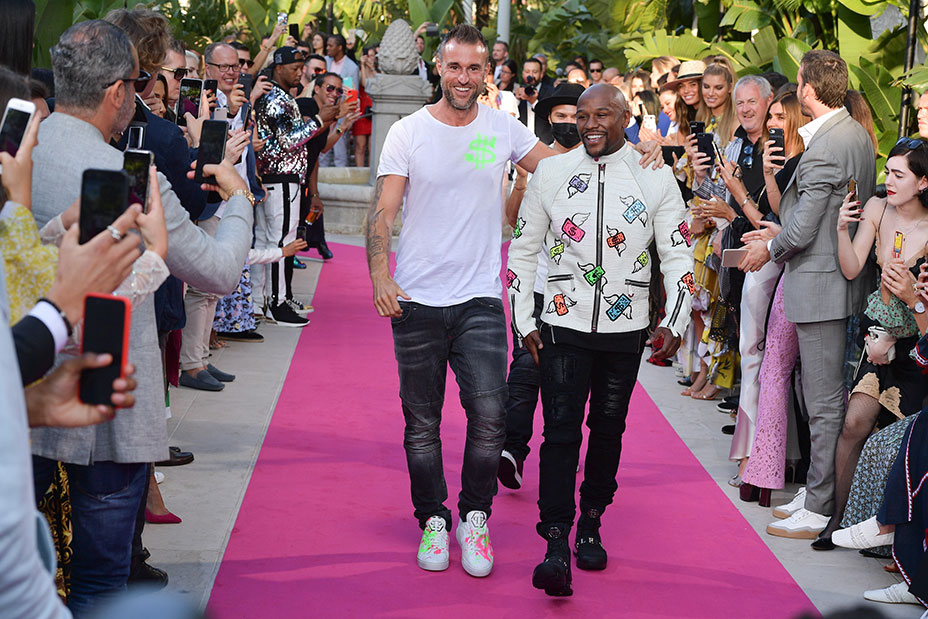 The flashy German designer (think a 21st century Ed Hardy) chose his Cannes villa, which he calls La Jungle du Roi (The King’s Jungle), as the setting for this 2018 cruise collection show. “Welcome to my living room. All I can say is, ‘Don’t try this at home!’ Now I look at all these crazy people and think maybe it was a bad idea,” he joked, before kicking off the show with Guns N’ Roses “Welcome to the Jungle” and “Paradise City.”

Plein’s signature style was on full display on the runway with denim bikinis paired with thigh-high boots, sequined parkas, white jackets decorated with dollar signs, rhinestone-embellished flared jeans, and lots and lots of floral appliques for a look that was a bit like Dolce & Gabanna on crack. The Philipp Plein collection is sold around the world, including at the designer’s Rodeo Drive boutique, and typically shows in star-studded affairs in Milan and most recently, at New York Fashion Week in February. 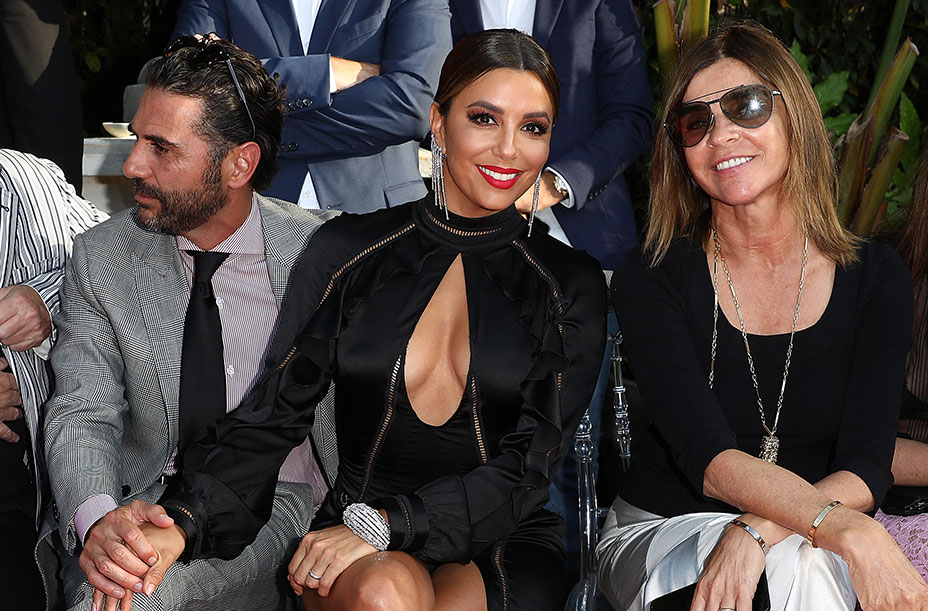 Meeks played to the crowd that included Eva Longoria, Carine Roitfeld and Julia Restoin-Roitfeld, winking at the front row and ripping open his jacket at the end of the runway so the cameras could get a good shot of his abs. Still, that much fabric was apparently too much for the male model known as the Hot Felon, who rose to fame after his mug shot went viral in 2014 when the Stockton, Calif. Police Department posted it on Facebook. So for the afterparty, he simply went shirtless. Guests lined up a dozen deep to take pictures with him.

While not for everyone, Plein knows his customer loves his over-the-top aesthetic, and here the Cannes crowd lapped it up. 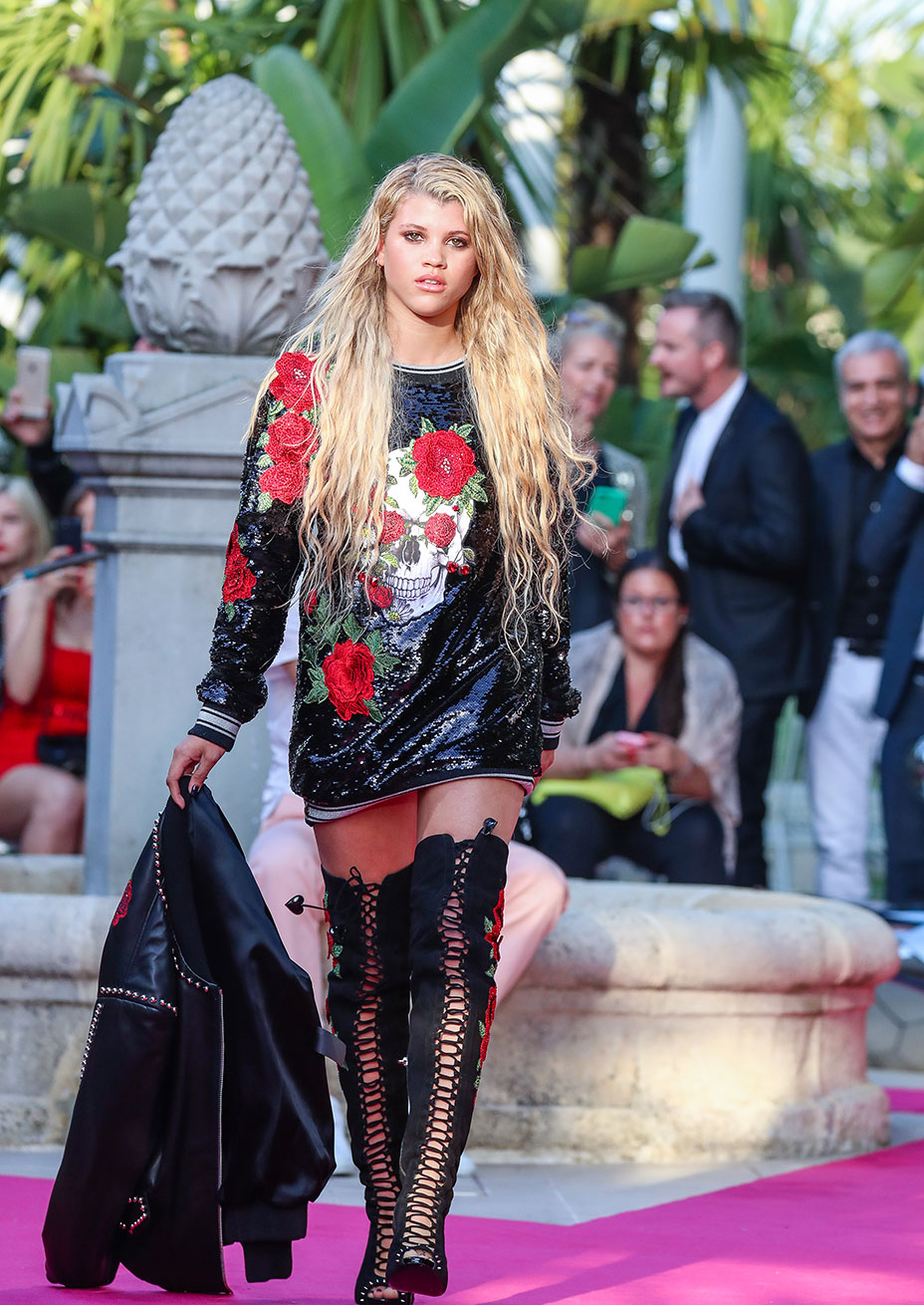