In Milan, Livia Firth (wife of Colin) brought stardust to sustainable fashion, hosting the first Green Carpet Fashion Awards at La Scala opera house Sept. 25. “This is the Oscars of fashion,” the eco-activist told the crowd including Dakota Johnson, Zoe Saldana, Lauren Hutton and Giorgio Armani. The show, complete with its own Chopard-created awards statuette, bestowed honors on brands upholding Made-in-Italy values of sustainability, with a focus on handcraft and artisanal production, including Ermengildo Zegna and Brunello Cuccinelli. 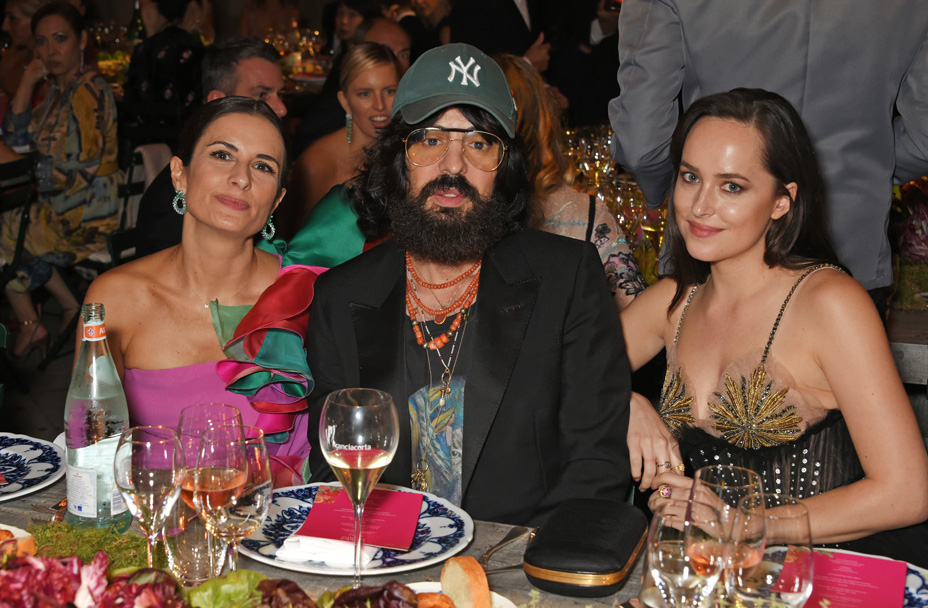 A new law passed during Paris Fashion Week had media types buzzing (beyond rumors that Lena Dunham is taking over Glamour, which her rep denied): Any photoshopped images of models made to appear thicker or thinner must be labeled as “photographie retouchee” (“retouched photograph”). American photo agency Getty Images no longer will accept shots that have digitally altered models’ body shapes. 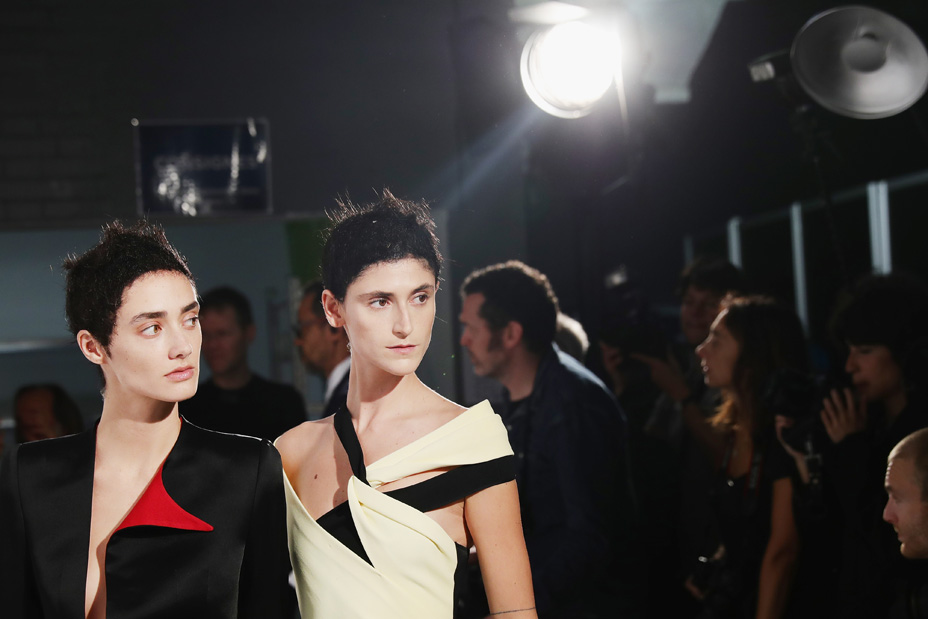 If you notice on the red carpet in coming months that the bottoms of skirts and dresses look like they were gnawed by saber-toothed tigers, blame it on the Paris runways. Fashion insiders are calling it the “Flintstones hem,” as seen at Balmain and Yves Saint Laurent. 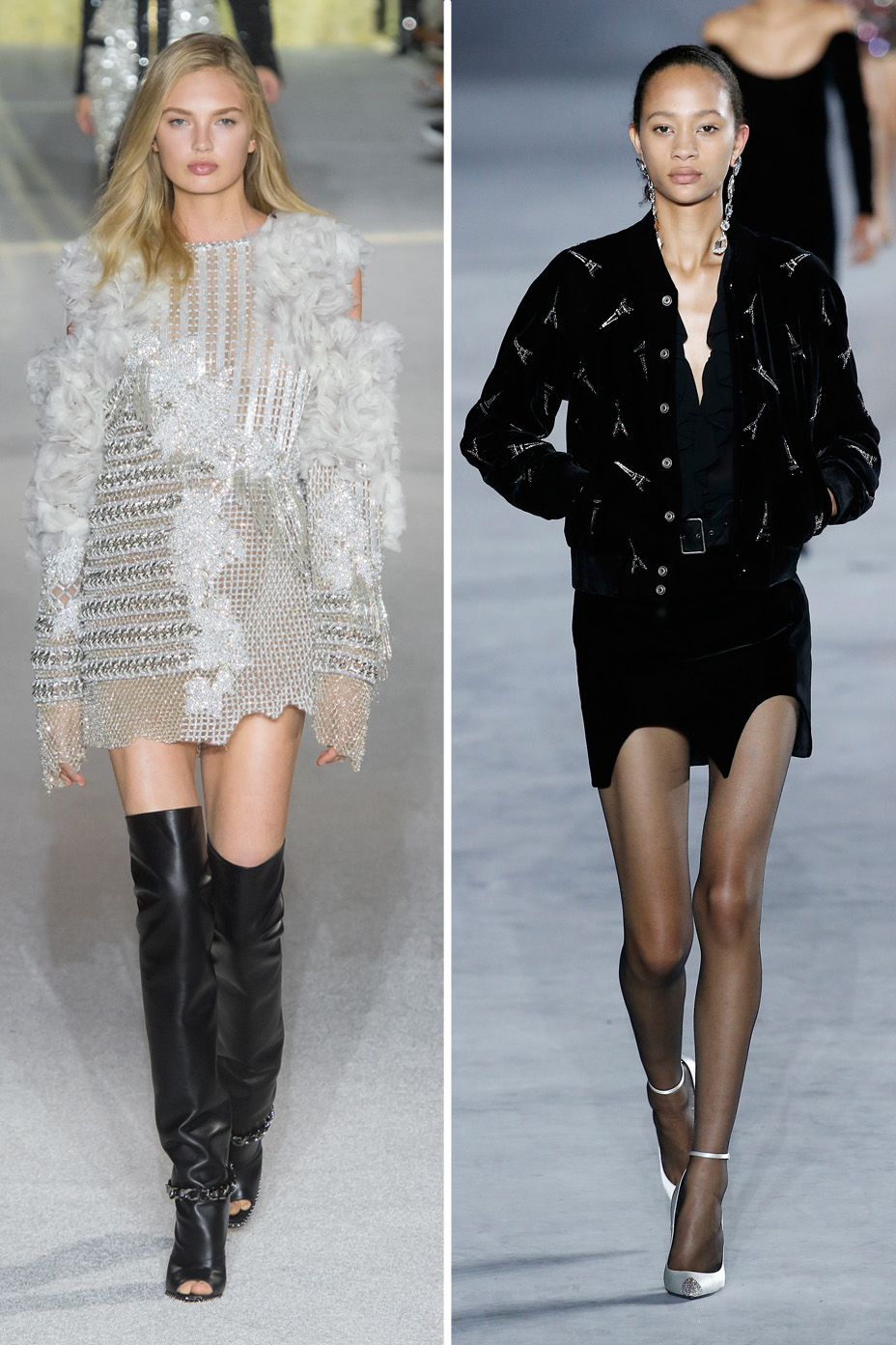 Kardashian momager Kris Jenner braved the crowds at the Bottega Veneta show in Milan Sept. 23 just hours after her youngest daughter Kylie Jenner, 20, landed in the center of a social media storm when TMZ reported she is pregnant. Deftly handling questions from reporters, Jenner said she was surprised to wake up in Milan to the rumors, but would not confirm if they are true or not, saying only, “It wouldn’t be the family if something didn’t happen every single day.” The Kardashian/Jenners did not attend any events in Paris this season, but the front rows were still star-packed. 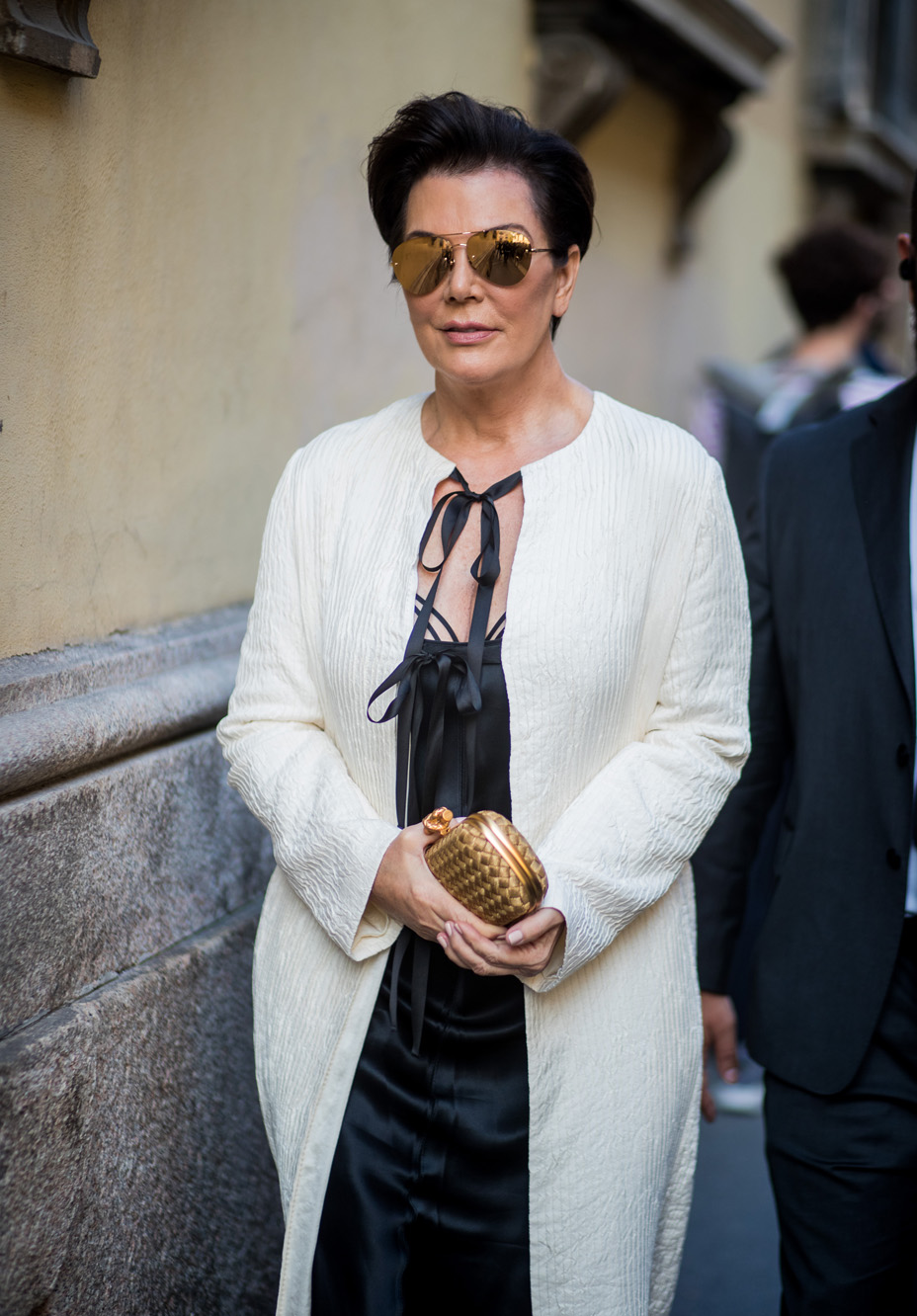 Robin Wright made the rounds in Paris at Saint Laurent, Valentino and Mugler, where she talked Blade Runner 2049, while Helen MIrren and Jane Fonda took to the runway for L’Oreal’s first runway show, which closed the Champs Elysees. The Givenchy show, however, had what must have been the week’s most expensive front row with Lily Collins, Cate Blanchett, Rooney Mara, Julianne Moore, Fan Bingbing and Pedro Almodovar, who all came out to see designer Clare Waight Keller’s debut collection at the house. 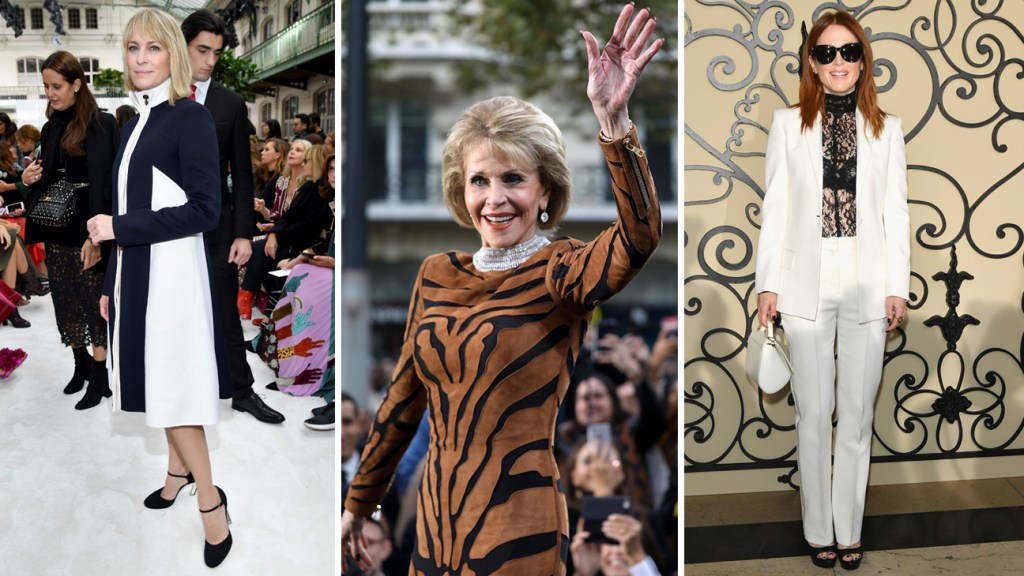 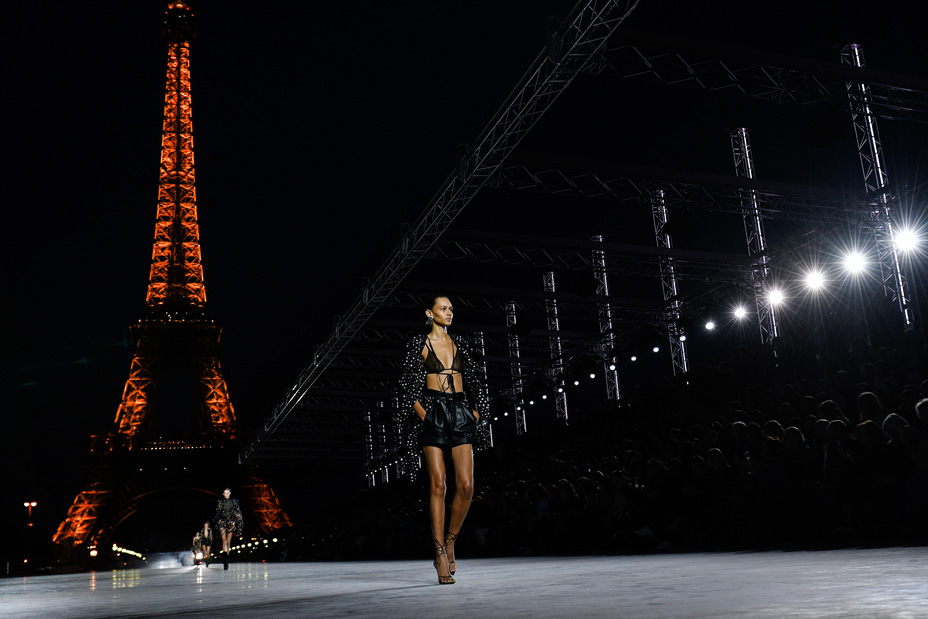 After having Cindy Crawford as a brand ambassador for 22 years, Omega hired her kids, models Presley Gerber, 18, and new runway star Kaia Gerber, 16, in an effort to turn millennials onto wearing watches. All three appeared together at the brand’s “Her Time” Paris Fashion Week event on Sept. 29, where papa Rande Gerber joked that with his whole family on the Omega payroll, he could stop working. It made us wonder if “children-of” could soon morph into “all-in-the-family” modeling? In another cross-generational move, both Will and Jaden Smith performed at the opening of the Louis Vuitton Place Vendome store. 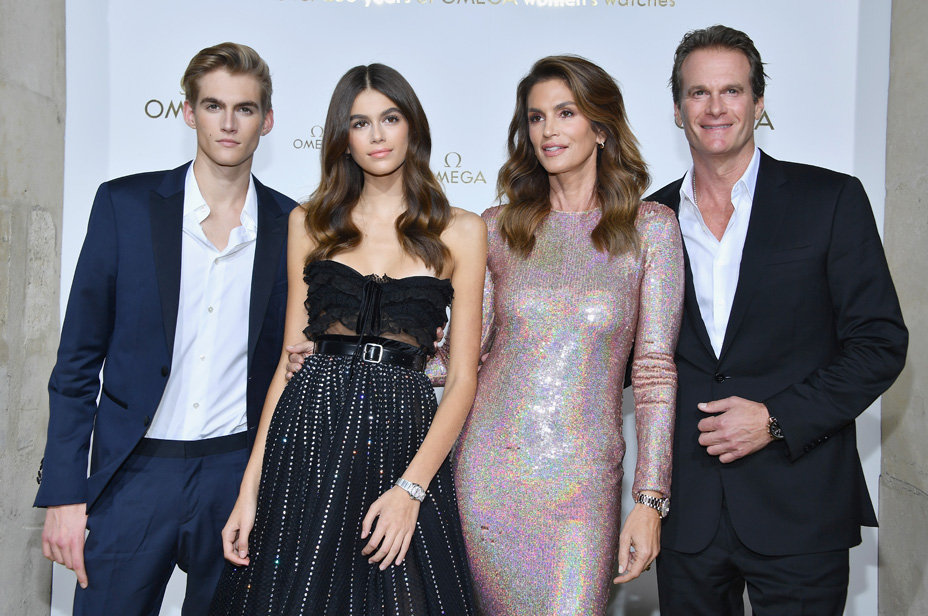 With Crocs, yes, Crocs, on the runway at Balenciaga, and Dad sneakers in the spotlight at both Celine and Louis Vuitton, stilettos are practically an endangered species, except maybe in Hollywood.