Marrow, blood and fat crank out of a rare antique press into a gilded ceramic teacup below. Intrigued? Repelled? A little of both? Regardless, it’s tres old-school French, and that’s very much the point at Pasjoli, the time-traveling Santa Monica bistro that opened in late September.

This highly Instagrammble tableside performance is one act in an elaborate, exquisite whole roast duck preparation for two based on a century-old recipe by Auguste Escoffier, one of the forefathers of French haute cuisine. A dish that servants once prepared for noblemen following a hunt is, for $165, now available after a day of dealmaking at the American Film Market — at least for the 10 tables fortunate enough to order it in advance.

Chef/owner Dave Beran, who made his name as chef de cuisine at Chicago temples of “molecular gastronomy” Alinea and Next — where he once created Paris-themed conceptual menus devoted to, for instance, reimagining Escoffier — recently earned a Michelin star for Dialogue, his tasting-menu restaurant in Santa Monica.

Pasjoli is quirkier: an ostensive bistro featuring astounding prices, a helpful if stiff waitstaff and a twee visual aesthetic done no favor by perhaps the least flattering lighting outside of a food court. Where it’s soundest is the food, which is executed at a remarkable level of assurance so early in its life.

Beran’s instinct tacks toward the light-and-bright and the self-consciously elevated. Experience it in the composed blue crab salad, the quivering scallop quenelle, the ultra-delicate beef tartare topped in translucent radish slices, even a crisped accompaniment of potatoes gratin.

There are moments overdetermined by their fealty to Escoffier. Does a restaurant situated yards from the Pacific need to subsume its lobster in puff pastry? Must the chicken liver be precision-plugged into the center of brioche slices? But mostly Beran and his chef de cuisine Matthew Kim yield innovating hits out of their exploration of the past, especially among the desserts, from the straight-ahead (a traditional chocolate souffle) to the off-center (a tarte featuring passion fruit from Beran’s personal property).

Pasjoli, a tricky feat of reenactment and creative brio, easily could have crumpled. It’s a surpassing credit that it soars. 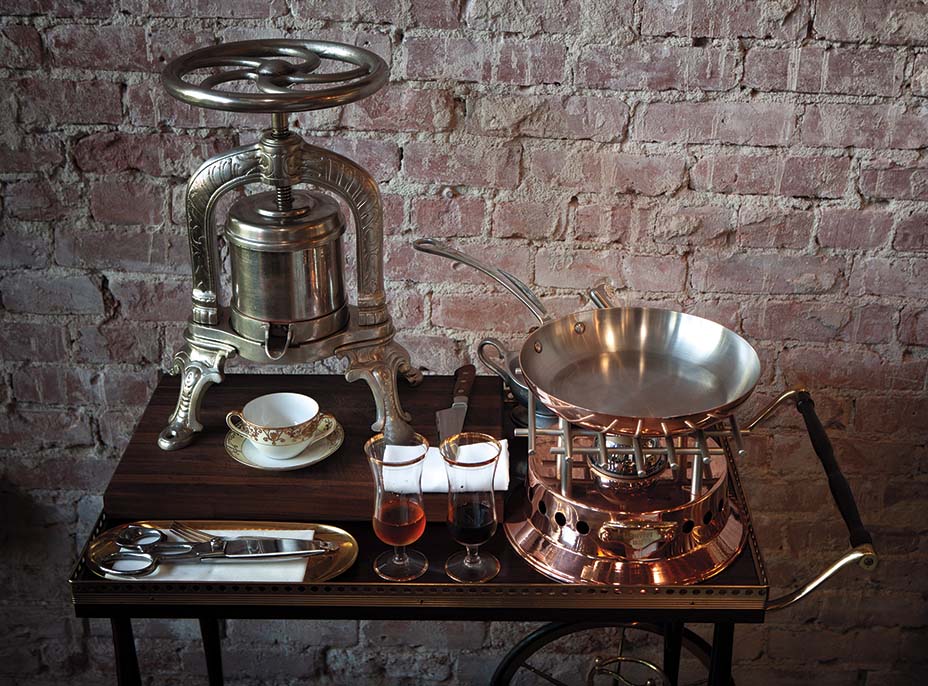 This review is based on multiple visits. Reservations are made under another name. Meals are covered by THR.