Patti Hansen has graced the cover of Glamour, Harper’s Bazaar, Cosmopolitan, Seventeen and — on a dozen different occasions — Vogue, but she still doesn’t like the attention. In the director’s suite before the reception for the launch of her new book, Patti Hansen: A Portrait, which was celebrated Thursday night at the National Portrait Gallery in Washington, D.C., she’s fretting: “I called my husband and told him there’s 125 people downstairs. And Dana Bash! What am I going to do??” the supermodel icon tells The Hollywood Reporter.

But it’s hard to imagine what she’s worried about. Hansen is just as beautiful in person as you’d imagine and impossible to dislike. She’s warm, unpretentious and effortlessly lovely — although she’ll give all the credit to her makeup guru and longtime friend, Sandy Linter. Upon reflecting on her more than four decades of experience in the modeling industry, Hansen glows about how fashion has come to embrace a broader spectrum of beauty. “I love seeing the difference in sizes, shapes, body image, age — Target is doing it, Dove is doing it, it’s great,” said Hansen in her down-to-earth Staten Island lilt. 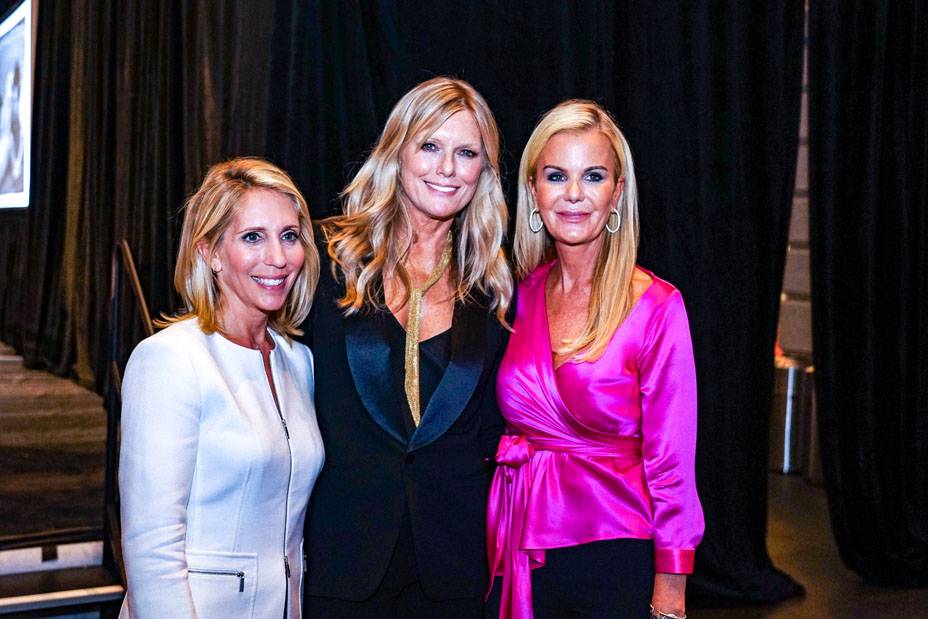 Ivan Shaw, photography director for the Conde Nast Archive and the driving force behind this particular collection of images, tells THR that the timing of the book felt just right: “One of the things that’s come out of the book is the idea of beauty at any age: You see Patti at 16 — beautiful — and then again at 56, and she’s just as beautiful. So there’s this amazing 40-year arc. We started photographing her in 1972 and the last shoot we did with her for Vogue was 2012. I didn’t plan it, it just came together in this beautiful visual biography and narrative.”

During a conversation with National Portrait Gallery director Kim Sajet in the museum’s soaring Kogod Courtyard, Hansen talked about the intimate details that set her career in motion, including her serendipitous introductions to Wilhelmina Cooper and her husband of 35 years, Keith Richards.

In the summer of 1972 when she was only 16 years old, Hansen was selling hot dogs for her father near their home on Staten Island, when her neighbor, photographer Peter Gert, invited her to a party in New York City to meet Cooper, the fashion model turned businesswoman who is credited with launching some of the most recognizable faces in the industry. “I borrowed a dress from one of Peter’s friends, a little blue nylon gown, and wore a lot of makeup to cover my freckles,” recalls Hansen. “But she told me to take all the makeup off and just put on a little lip gloss and mascara, and that’s how I showed up at the party.”

Asked how her parents felt about her going into modeling full-time before she had even finished high school, Hansen explains, “Wilhelmina came to my house to meet my parents — my dad was a bus driver and my mom was a stay-at-home — and Wilhelmina said, ‘She’ll be making $150,000.’ And my father was, like, ‘What?!’” [She pauses to imitate his shock.] “I was the baby of seven [children]. [My parents] didn’t know what I was going to do. I was not good at school, and he was, like, ‘Wow, she could do that?’ They told me not to go back to school, come to the city and go to professional children’s school, and you can work while you’re going to school,” Hansen says with a shrug, like this is just how these things happen. She began modeling full-time by September of that same year.

Hansen also talked about meeting her husband for the first time at Studio 54: “In March of ’79, on my birthday, my girlfriend … went up to Keith and said, ‘This is my girlfriend. It’s her birthday, and she needs a bottle of champagne,'” which apparently was all it took to get Richards’ attention. But Hansen didn’t notice: “I just went back on the dance floor and danced, because that’s what I did. Then later that year, I was doing a job with Jerry Hall at Avedon Studio, and she said, ‘Do you want to go to a party tonight? This guy really wants to meet you.’ I really had no idea who The Rolling Stones were, but I was always up for a party!” she laughed. “I’ve been with Keith ever since.”

But perhaps most endearingly, Hansen — who is still modeling at the age of 62 — lets us see through the flawless image to the real person behind it. She’s a two-time cancer survivor, an activist for autism (her nephew is on the autism spectrum, she offers) and a fumbling newbie when it comes to social media. “I’m still learning!” Hansen confesses. “I just started my Instagram about a year ago. I can’t do selfies — I’m very self-conscious. I don’t get how everyone makes themselves look so beautiful in those selfies! You have to have super-long arms. It’s hard. … You want to be natural, you want to put yourself out there, but you see all those imperfections!”