After a five-month buildup, it was over in 12 minutes — but what a thrilling 12 minutes it was.

Auction records were shattered at Phillips in New York on Thursday night when Paul Newman’s 1968 Rolex Cosmograph Daytona — Reference 6239, the model made famous by the iconic actor — achieved a hammer price of $15.5 million. The final price with buyer’s premium: $17,752,500. The timepiece easily broke previous records for a Rolex or a vintage wristwatch: a 1940s stainless-steel Patek Philippe went for $11.14 million in 2016, while a one-of-a-kind Rolex that once belonged to the last emperor of Vietnam was sold at auction in May for $5.06 million. (A Patek Philippe Supercomplication pocket watch still owns the overall record: It sold for $24 million in 2014.)

More than 800 bidders from 43 countries registered to take part in the auction, while more than 700 people packed into Phillips on New York’s Park Avenue to either bid or merely witness what surely would be a significant event for vintage watches. In the audience was Nell Newman, daughter of Paul Newman and Joanne Woodward, and the watch’s owner, James Cox, who in 1984 had been given the watch by the Oscar-winning actor while he and Nell were dating. Cox and Newman haven’t been a couple since 1993 — both attended the auction with their significant others — but the pair have remained friends and will divide the proceeds from the sale, with a portion of the funds going to the Nell Newman Foundation, which she established in 2010 to help smaller, niche causes that would likewise have appealed to her father, she said. “Whoever bought [the watch], I hope they understand that it comes with a moral responsibility to be philanthropic,” Nell Newman said after the auction. “That’s what Dad was all about, so what happened here tonight will continue that idea.” 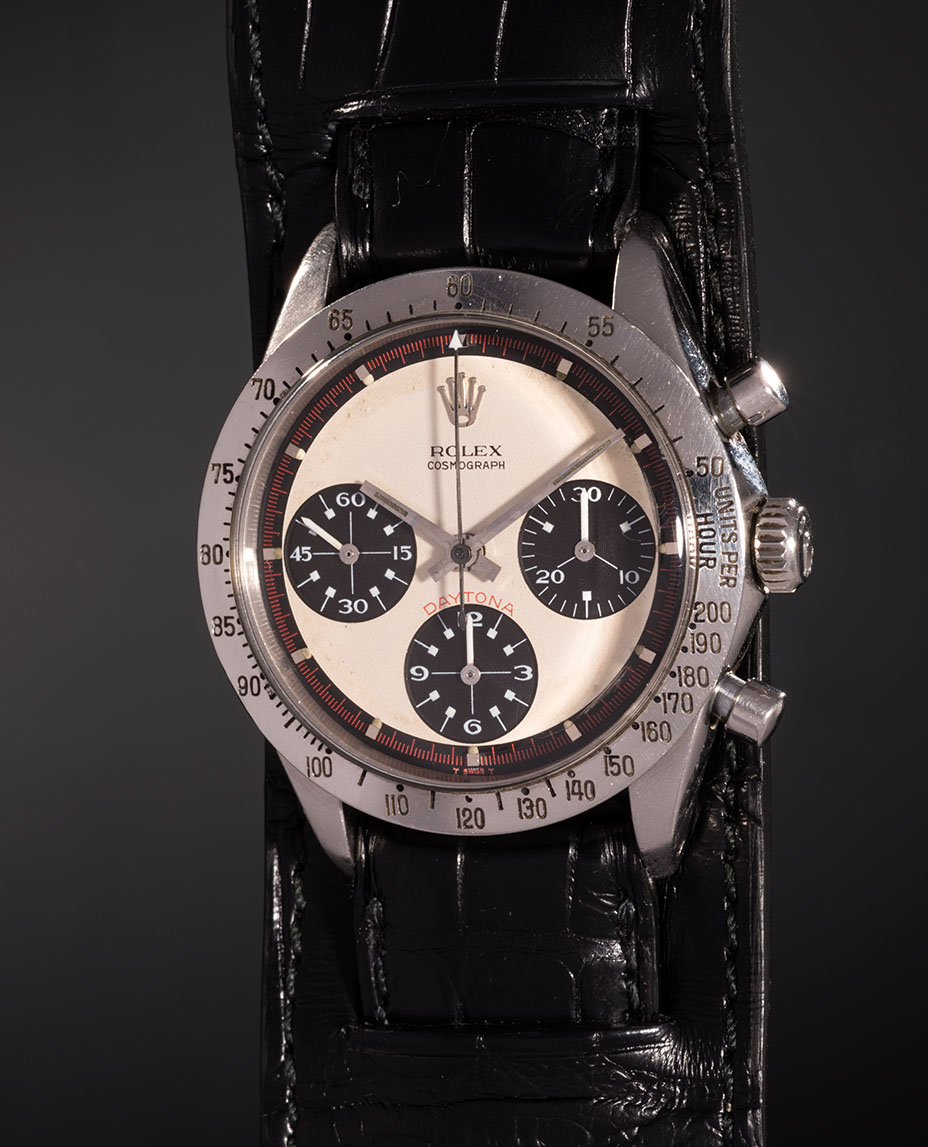 Phillips is remaining mum on the name of the winning bidder, but Aurel Bacs, the night’s auctioneer and the senior consultant of watches for Phillips, in association with Bacs & Russo, the firm he co-founded, is confident the piece is being transferred into good hands. “I know the gentleman very well, and I can promise the entire watch community that it’s going to the best home,” he said. “Everyone involved can rest assured that it will be treasured and respected.”

Bacs started the bidding at $1 million, and immediately a phone bidder vaulted the price to $10 million. From there it was largely a battle between that bidder and another also on the phone, with the latter ultimately prevailing. “This was probably the most overwhelming lot I’ve ever undertaken,” Bacs said. “It was not just overwhelming because of the numbers, though it is indeed a new record, but also because so much emotion came with it. It was Paul Newman’s watch, it was a watch that created a new type of Rolex, and it was a visionary collector’s item. I’m also overwhelmed because of how much money is now in Nell Newman’s foundation and how much good she can do with it. It’s a win-win-win for everyone.” 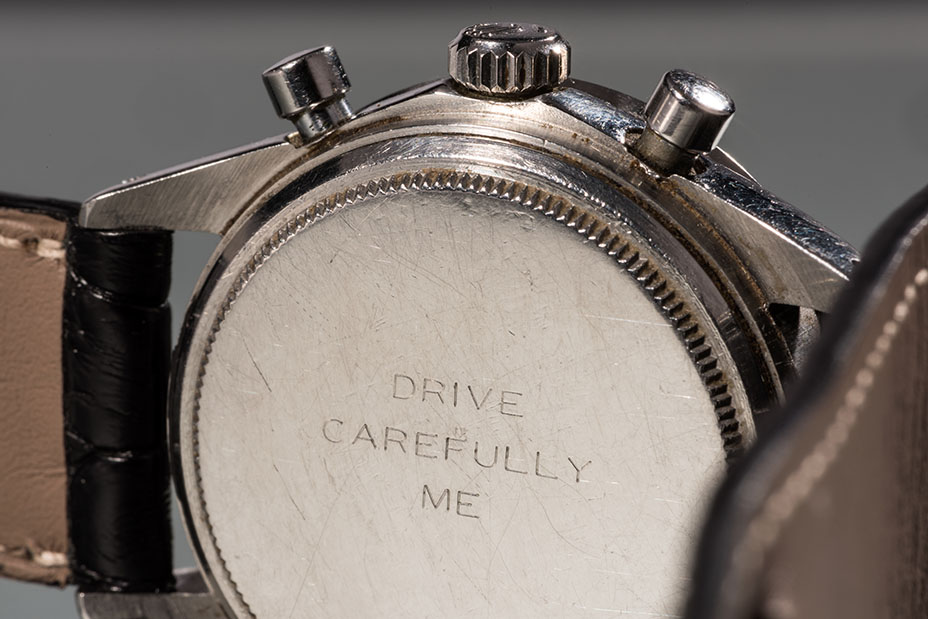 Joanne Woodward purchased the watch in 1968 at Tiffany & Co. in New York during the same period that Newman was embarking on his racing career; mindful of her husband’s new interest, she had the back of the watch engraved with “Drive Carefully Me.” The following year the couple appeared in the film Winning, in which Newman played a racing driver competing in the Indy 500. That film inspired the auction’s title, “Winning Icons,” with Newman’s Daytona the centerpiece among 49 vintage watches (as Lot No. 8, the watch was positioned early enough in the evening so that a maximum number of time zones around the world would be awake and available to participate).

Over the years the Rolex “Paul Newman Daytona,” as it’s become known, has taken on mythic proportions, with collectors paying top dollar for the same model. At the conclusion of auctioning the watch, Bacs announced that henceforth the piece would be known as “the Joanne Woodward/Paul Newman Rolex” as a tribute to the woman who purchased it. “I love that Aurel did that,” Nell Newman said. “It’s exactly right, because she’s the one who bought it. My dad made the watch famous, but it was her great taste.”

Other highlights from the event included a platinum Cartier Grand Tank Cintrée from 1927 that sold for $280,000; a rare Philippe Dufour Duality in platinum that fetched $700,000; and as the final lot of the night, a pink-gold Patek Philippe from 1951 that went for $800,000. A Breguet “Type XX” from 1967, meanwhile, was purchased for $48,000; immediately following that watch’s sale, it was revealed that Breguet purchased the piece to add to its museum.

Ultimately, with considerable help from a watch named for one of film’s most iconic actors, it was a good night for Phillips and for vintage timepieces — the night’s final total, including buyers’ premiums: $28,875,750.