Reigning over the weekend’s ComplexCon festival at the Long Beach Convention Center as cultural director and executive chair (not to mention performer and designer for multiple lines, from Adidas collabs to Billionaire Boys Club to G-Star Raw), Pharrell Williams was flanked on all sides by a posse of beefy bodyguards as he walked the show floor and gave away limited pairs of an Adidas Originals by N.E.R.D Hu NMD sneaker, designed exclusively for ComplexCon — many are being resold on eBay to the tune of $9,000.

But the apex of Williams’ marketing magic was on display during the Saturday night N*E*R*D reunion show (it has been seven years since the group, including Chad Hugo and Shay Haley, released an album), when the band simultaneously unveiled the Nobody Ever Really Dies album (official release date yet to be announced) and the Adidas by N.E.R.D Training Gear collection, donned by an army of dancers on stage. 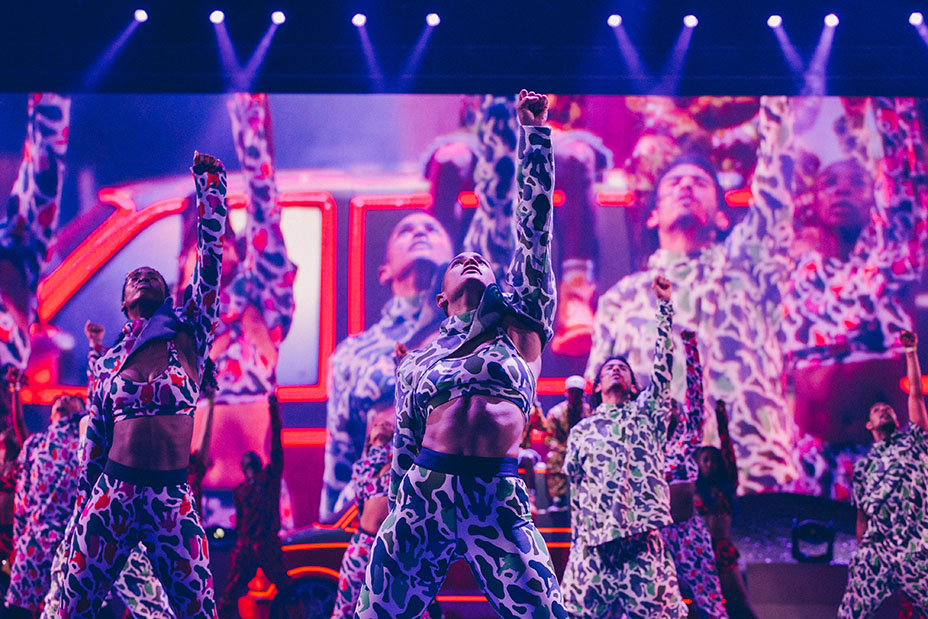 The line ($18 to $100) is decorated with a camouflage pattern designed by Korean artist Buzcha and includes hoodies, shorts, T-shirts, performance tights, sports bras and accessories in multiple colors, intended “to celebrate a vision of connecting people through energy, music and color,” according to a press statement from Adidas. While some pieces were exclusive to ComplexCon, the line launched globally to the public Monday in Adidas stores and online, with many pieces swiftly selling out. The company says that additional drops are coming later this season.