“I’m incredibly curious about how I made it here tonight,” Pharrell Williams told The Hollywood Reporter, as he stepped off the red carpet Monday night in Manhattan at the 71st annual benefit for the scholarship fund for Parsons at The New School. “But I’m happy for the experience. To be among all these designer theta waves is a gift.”

Actually, it was not at all surprising that the multihyphenate recording artist, producer, songwriter, philanthropist and fashion designer for Chanel, Adidas and his own Ice Cream and Billionaire Boys Club brands was among the evening’s honorees. Cited for their commitment to creativity, sustainability, and innovation, the group also included the founders and CEOs of The RealReal, Julie Wainwright; of Stitch Fix, Katrina Lake, and of Everlane, Michael Preysman.

Clad in a streetwear grail “Ye Must Be Born Again” hoodie from Cactus Plant Flea Market, a pair of his characteristic shorts and Chanel loafers with socks, Williams answered a question about his own inspiration: “People inspire me, their differences, their causes for doing things and differences. And individuality,” he added. “That’s so cool to me. What’s not cool is doing the same thing. That’s also not fun.” 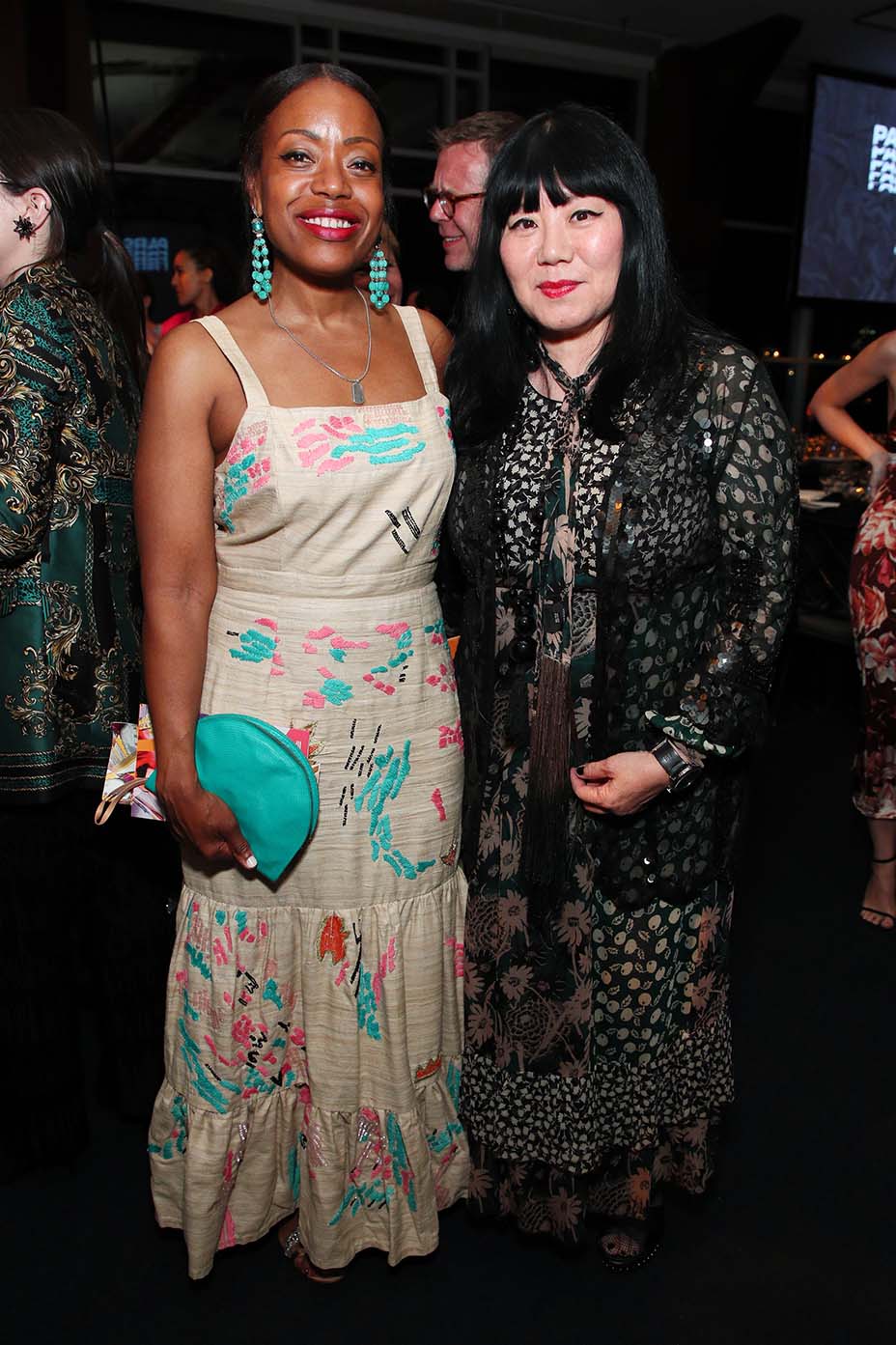 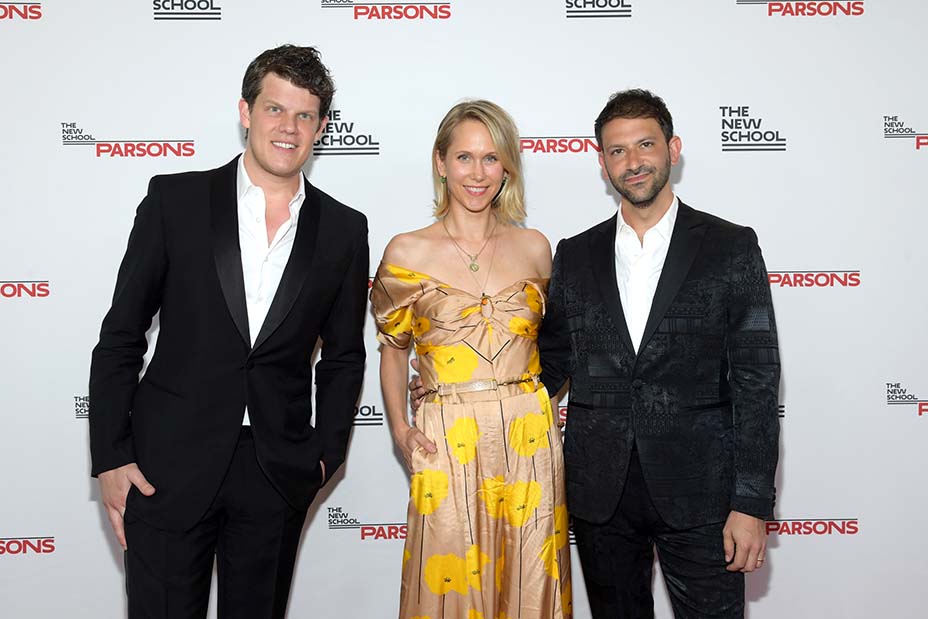 If there was an overriding theme for the evening, it was the need for sustainability in the face of the current environmental crisis. Benefit co-chair Susan Rockefeller kicked off the seated dinner by saying, “These students are taking the lead for our planet and designing a future for all of us.” And to support those efforts, the evening raised a whopping $3.6 million in scholarship funding.

Accepting the first Frank Alvah Parsons Award, Preysman extolled the transparency of Everlane’s factories but then added, “Two years ago, I noticed customers were calling us a sustainable fashion brand and yet we weren’t. We knew we had to do something.” First the company launched what he called, “the world’s cleanest denim, where the water comes out so pure you can drink it. And I have,” he said. Last year, the company also committed to removing all virgin plastic from its supply chain in three years. “And just in nine months, we’re almost halfway there,” he said, to whoops from the crowd. 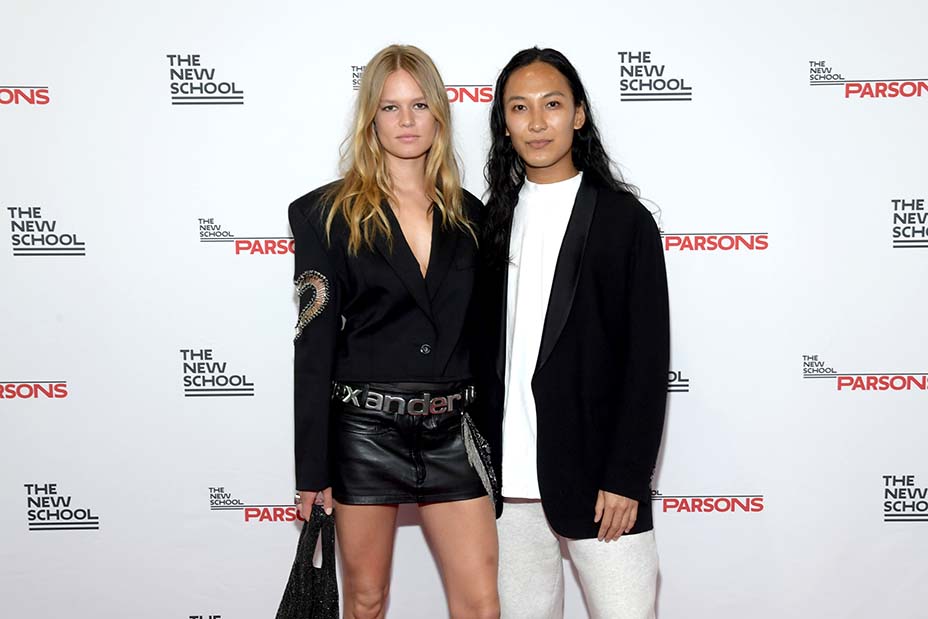 Introducing The RealReal’s Wainwright, fashion journalist Amy Fine Collins said, “Julie’s epiphany came nine years ago, when she realized in closets all over the world there were untapped resources,” pointing out that the company was the first resale company to join the United Nation’s charter for climate action and also the first to quantify the effects of consignment on the planet with its sustainability calculator. “Every innovation Julie makes reshapes the fashion world while keeping us better dressed at a better price.” In acknowledging the Parsons honor, Wainwright credited her mother and father, who were both artists. “I grew up surrounded by creativity — and to be honest, a little artists’ craziness,” she mused.

Similarly, Stitch Fix’s Lake accepted her award saying, “It’s amazing to have a life where you’re surrounded by people who believe in you, people who lean into to you and say, ‘Yes, your crazy idea might work.’”

After a break for dinner and a performance by College of Performing Arts graduate Linda Briceño, the first woman to win producer of the year at the Latin Grammys, artist KAWS introduced Pharrell and presented him with the Parsons Table Award.

“My greatest wish is to see students — and everyone in this room — creating without limits. No boundaries,” said Williams. “To open your mind to every idea. To open your work to everyone, to design for all bodies, genders, shapes, colors and abilities.” 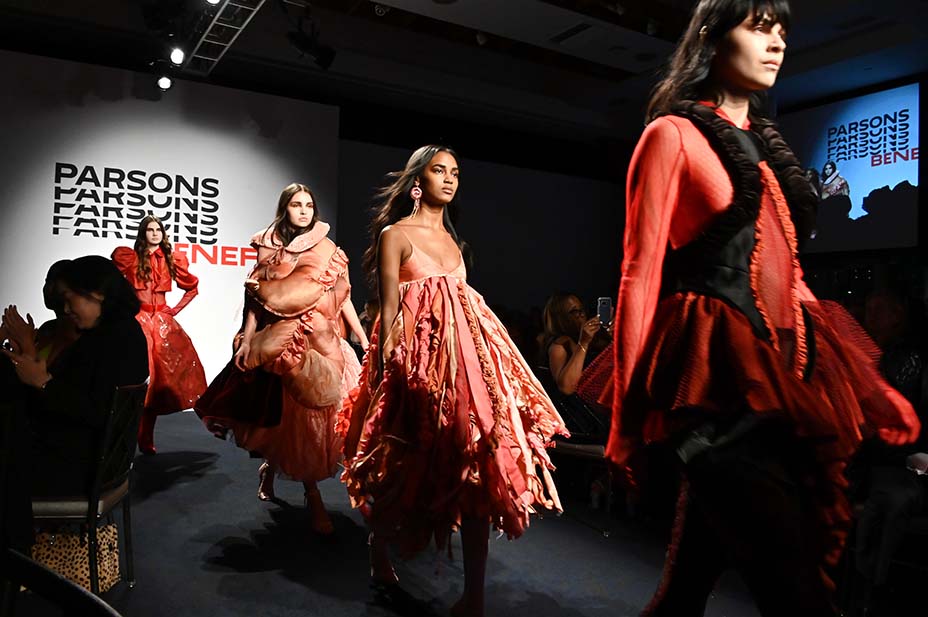