Sykes touched down in L.A. this week on the final stop of her U.S. tour to promote her new book, and on Wednesday night, friends gathered at Burberry, the bastion of Britishness on Rodeo Drive, to toast her. 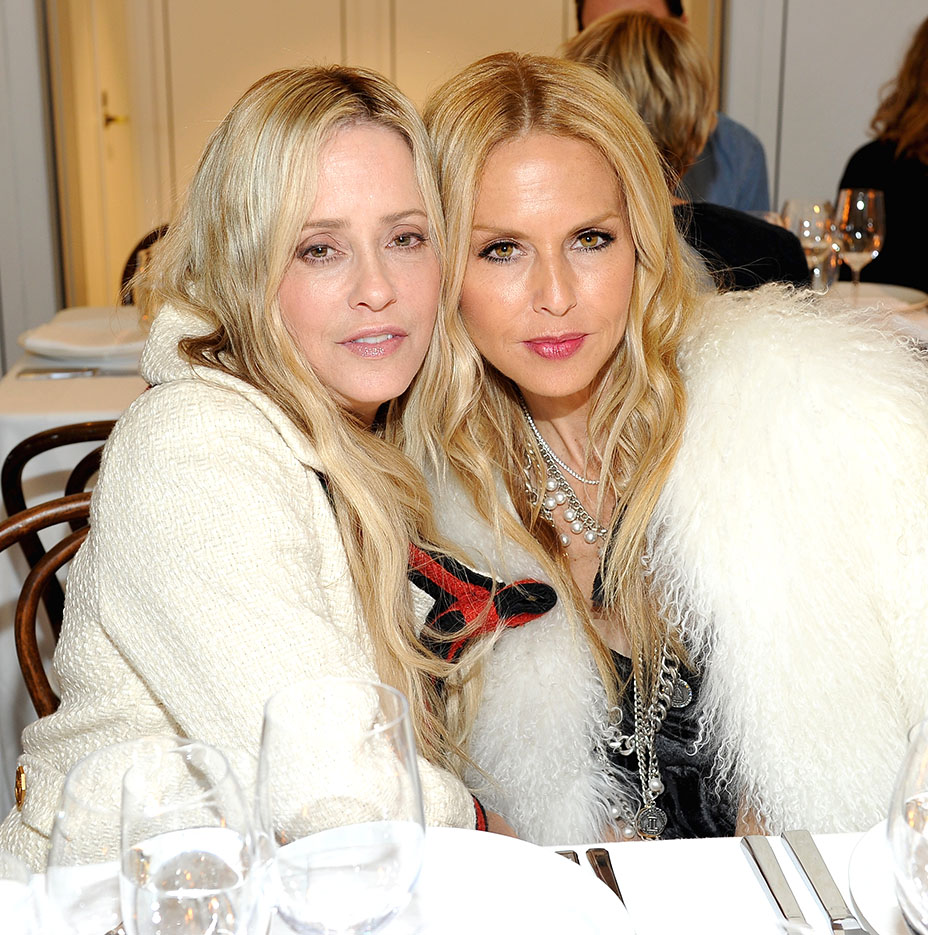 The book is the first in Sykes’ new series of Oxford girl mysteries set in the tony world of Oxford University in the shoulder-padded, Sloane Ranger-loving 1980s. The book follows the adventures of Ursula Flowerbutton (what a name!), a studious first-term girl, and her glamorous American exchange student pal Nancy Feingold.

American readers fear not, the book is cleverly footnoted with definitions for such Britishisms as “going down” (the end of the school term, ahem); “bop” (a puke-filled college disco); and “stiffie” (Sloane speak for invitation, as in a stiff card, not what you’re thinking). “Everyone loves the footnotes!” says Sykes, who lives in the Bayswater section of London. “I wanted them to be informative but a bit funny, too.”

I caught up with the author to chat about her latest work, including her brush with Hugh Grant during her research, and her thoughts on the genre known as “chick lit” in the year 2017. 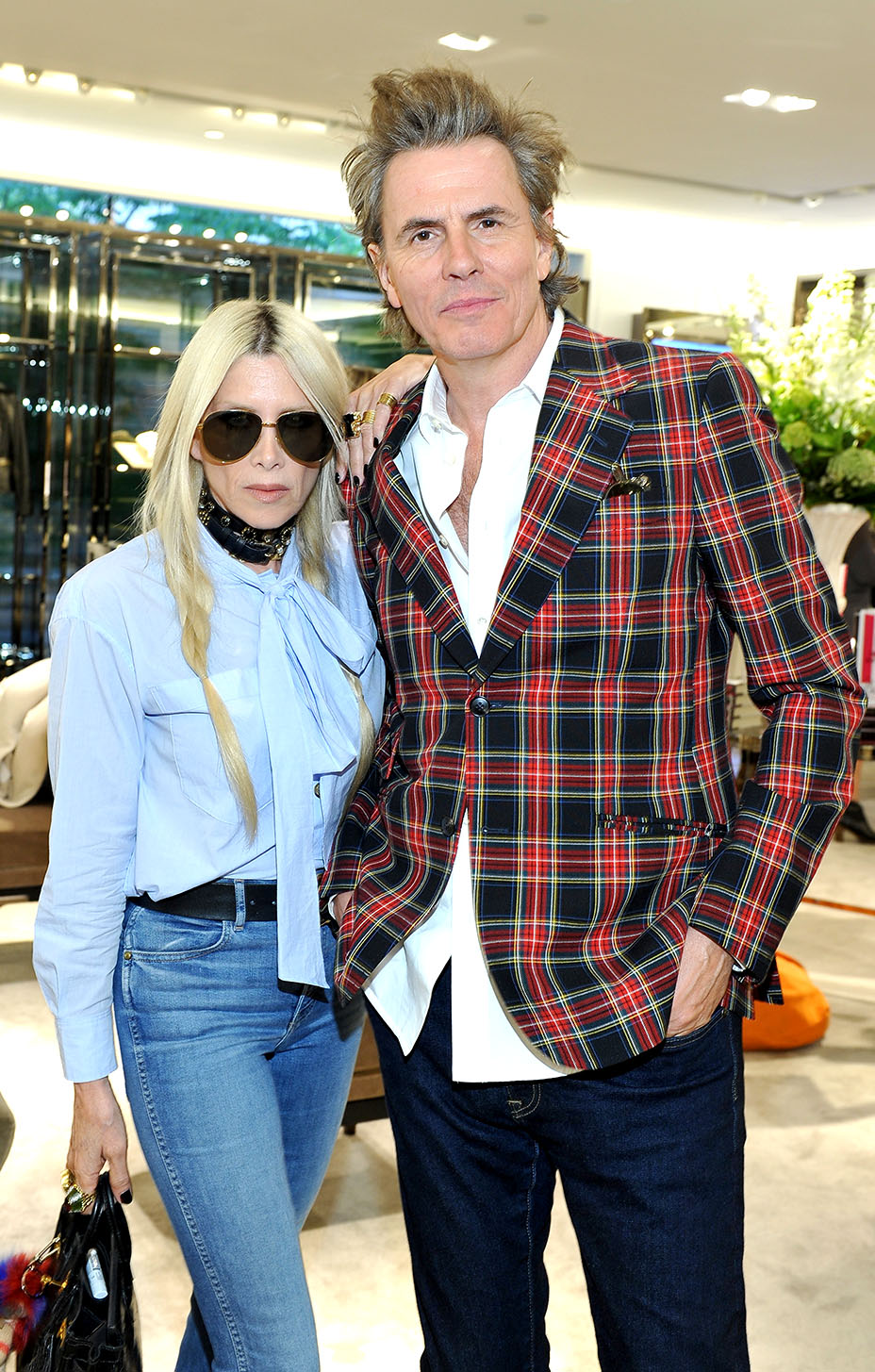 So in this book you’re back in Oxford, where you were student yourself. Did you return to the campus for research?

I had a lot of memories, which is why I wrote the book. It was such a funny time to go there in the late ‘80s, when everyone wanted to be Lady Di. It was such a Sloaney time, and it was fun to spoof that a little bit. But I knew for a whole novel, I didn’t have enough material unless I went back and did loads of research. And it’s such a nice place to do research! It’s divine. Because I went there, they gave me access to a lot of the libraries. One of the things I did was, I went into the Oxford Union, the famous debating society where Gladstone debated, and they have got incredible archives of all the old student newspapers with all of the gossip columns from the ‘80s.

Wait, there were gossip columns in your college student newspaper?

With real students’ names in them?

Yes! Charles Spencer (Princess Diana’s brother) is in there, and Hugh Grant appears many times as Hughie! And what’s so funny is the headlines! One was “White Tie Wanker!” Another was “Prat!” They were so mean about each other but it gave me so much material and so much of the language people used. I also spoke to lots of students there now, and Americans who are studying abroad at this place that feels like a museum not a campus. I was blown away, too, when I was there, so it was easy for me to write about the English girl, but I wanted to make sure we had enough for the American character, too.

It’s a mystery, which is different for you.

It’s still a high-society spoof, but I’ve thrown in a murder. That was to give my story a great spine. It also made it easier to write a series and keep evolving the characters. But then I did realize, shit, I have to write a murder scene! And this is very fashion, but I didn’t want it to be unglamorous … so I went and met this detective to talk about how you could die in a really, really lovely dress but not have too much blood. So the death scene is quite glamorous. 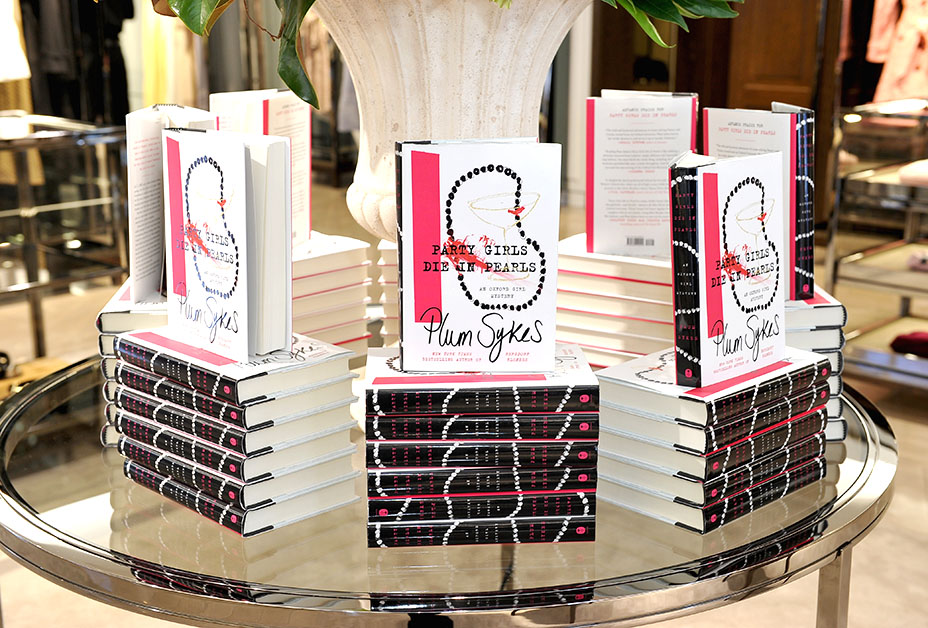 Do you always feel you want to bring a fashion element to your work?

I do, I feel it’s part of my DNA and I think, for me, if you say, “This girl was in a pink, polka-dot, taffeta, ruffled, off-the-shoulder ball gown,” you immediately know we’re in 1985. Or if you say, “She’s wearing Estee Lauder Russian red lip balm and sparkly blue eyeshadow,” we know we’re in a disco in the 1980s. I also have a character wearing a swing coat, one of those awful ones from the ‘80s, and her friend says, “You look just like Ivana Trump,” who was a fashion icon in the 1980s. I wanted my American girl to be a bit of Cornelia Guest, too, the American socialite. It was a very glamorous time. My editor, funnily enough, when I turned in the first draft, he wanted more fashion because it adds a funny, frothy element.

You are often categorized as a chick lit novelist. What do you think about the genre now, in 2017?

That was a very late ‘90s term that came in with Bridget Jones’ Diary and was suddenly a very brilliant way to market books but very disparaging to women. Who would call it “man lit?” But I also think it’s catchy and the term “women’s commercial fiction” doesn’t really rock it. You have to have something, but it did include a lot of dreadfully badly written books. On the other hand, I actually think Bridget Jones’ Diary is a work of comic genius, as is Sex and the City, but those that copied them were not great books. Right now, I’m into Kevin Kwan, the great writer who wrote Crazy Rich Asians. He’s actually a great chick lit author!