Marchesa designers Georgina Chapman and Keren Craig quietly dropped their fall 2018 offerings on Instagram on Wednesday, the same date the brand was originally scheduled to present its runway presentation. A brand spokesperson previously told THR the fall ’18 collection would be shown in an “updated format,” instead of showing at New York Fashion Week.

Leading up to the reveal of the looks, Marchesa posted content of atelier workers sewing and crafting gowns.

The comments section for each post is filled with emojis and compliments; any mentions of Chapman’s now-ex-husband Harvey Weinstein have been scrubbed clean. This move, combined with the flower-meets-tulle fairyland dresses, suggests the Marchesa designers have no intention of publicly acknowledging the events that have transpired since last fall. Jessica Chastain came out and said she said “no” to Weinstein’s demands that she wear the label in the past, as did Kerry Washington. Felicity Huffman said Weinstein threatened to end her career if she didn’t wear a Marchesa gown.

Although Marchesa has long been a red-carpet mainstay, the brand’s fall designs seem out of touch with the post-Weinstein-era style of dressing. In fact, the clothes don’t seem to say much at all, in a way that seems particularly out of touch and damaging. Dainty kid gloves aren’t going to fix the brand’s deafening silence in the #MeToo era.

Rapper Travis Scott posted his first-ever public selfie with Kylie Jenner. The couple (or aren’t they?) are both wearing surgical masks, a typical safety precaution around some newborns. While daughter Stormi hasn’t popped up on Scott’s feed, Stevie Wonder has, indicating a possible duo between the legend and the producer turned rapper. 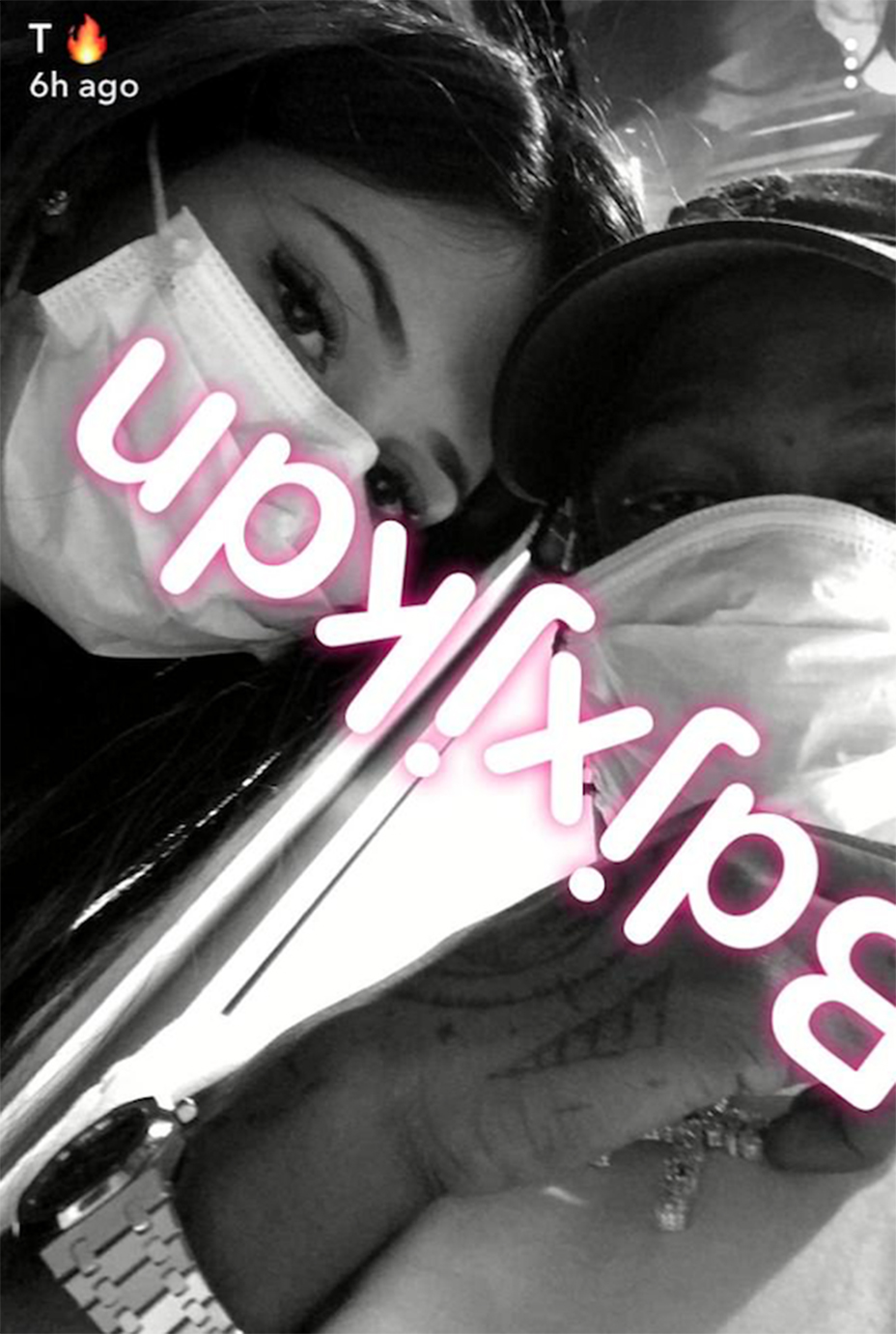 In a truly puzzling move, model Presley Gerber, son of Rande Gerber and Cindy Crawford, got a tattoo of model sister Kaia Gerber’s name with the Roman numerals symbolizing 23 underneath it. Is this the Gerbers‘ jump year? Presley was born on July 2, 1999, and Kaia on Sept. 3, 2001. Did he possibly get their birthdates combined? Outside of the Gerbers, tattoo artist JonBoy (may) know the secret, but he’s currently unavailable for comment.

Blake Lively debuted her post-baby bod on Instagram, just in time for New York Fashion Week, telling her audience, “turns out you can’t lose the 61 pounds you gained during pregnancy by just scrolling through Instagram and wondering why you don’t look like all the bikini models.” True! She sat front-row at Michael Kors on Valentine’s Day, with Zendaya and pal Emily Blunt on either side. Lively was dressed to the nines for the holiday and declared she loves a theme. The patent-leather Michael Kors trench paired perfectly with her past-season heart Christian Louboutin heels and Lorraine Schwartz jewels. She later hit on her husband on his Instagram asking, “how do I swipe right on this thing?” and her child told her she forgot her pants as she walked out of the door in a sweater dress. It’s good to be Blake Lively.

Marc Jacobs, Michael Kors Battle for the Heart and Soul of Fashion

True story: As the elevator closed my daughter yelled after me, “Oh no mama, you forgot your pants!”