Continue to The Hollywood Reporter SKIP AD
You will be redirected back to your article in seconds
Skip to main content
February 24, 2017 5:32pm

Meryl Streep’s sudden feud with Karl Lagerfeld over a dress for Sunday’s Academy Awards has reignited a sensitive debate: How often are actresses paid to wear designer gowns on red carpets?

Fashion, jewelry houses and most stylists remain mum on the subject, preferring to foster the illusion that red-carpet choices are entirely organic. But occasionally details emerge to refute that theory: In 2008, Charlize Theron’s endorsement deals were made public when watchmaker Raymond Weil sued the actress after spotting her in a Christian Dior timepiece while she was under a $3 million contract to wear only Weil. Court records showed Theron also enjoyed arrangements with Cartier, Montblanc and Chopard, which had negotiated a $200,000 fee for the actress to wear its jewels to the Academy Awards that year.

It’s rare, though, that pay-for-play will be confirmed by a label or a celebrity’s team. Whispers emerged as early as 2003 that Renee Zellweger was under contract with Carolina Herrera; that was the first year the actress turned up in a custom gown by the designer on the Oscars red carpet. In 2004, she wore a white Herrera gown when she picked up her Oscar for best supporting actress for Cold Mountain. That same year, even The New York Times joined the speculation, asking Herrera’s team about the arrangement; a representative replied that the relationship was rooted in mutual respect and exclusivity, rather than money. 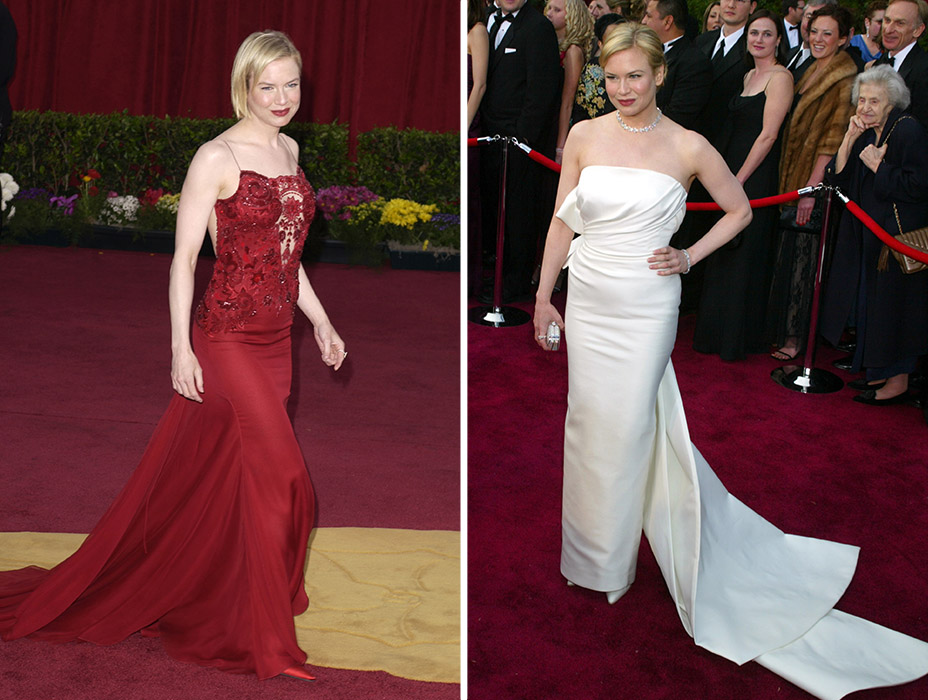 Zellweger has remained faithful, wearing Herrera as recently as September for the Paris and Madrid premieres of Bridget Jones’s Baby. But if a contract did exist, it likely is no longer valid: When Bridget Jones’s Baby premiered in London and New York, Zellweger wore Schiaparelli Haute Couture.

It’s notable that viewership for the Academy Awards has declined in recent years: 34.3 million viewers watched the 2016 telecast, down from a recent spike of 44 million people in 2014. The all-time high for Oscar night? That was 1998, when 55.25 million people tuned in to watch Titanic win 11 Oscars, including best picture. But even in the face of diminishing numbers, the Academy Awards remains the year’s most high-profile red carpet, making it easy to see why fashion and jewelry brands would clamor for access.

Blinded by the Bling: Inside the Forevermark Diamond Oscars House

Anne Hathaway often wears Valentino for major events — including her 2012 wedding — but it was an alleged arrangement with Tiffany & Co. that garnered headlines in 2011, when Us Weekly reported that the famed Fifth Avenue jeweler paid a hefty $750,000 for the actress to wear its diamonds on Oscar night. Both sides disputed the story, though it was never retracted.

The magazine likewise reported that Gwyneth Paltrow was paid $500,000 to wear Louis Vuitton’s jewels to that same Oscar ceremony. In 2012, stories circulated that Paltrow earned a $1 million paycheck when she wore jewelry by Anna Hu with her white Tom Ford cape and gown. Compared to major jewelry houses, the New York-based Hu is relatively unknown, and an Oscar-night appearance puts her on a global stage. Paltrow has since worn jewels by Hu on subsequent red carpets, including a pair of rubellite high-jewelry earrings that garnered widespread conversation when she paired them with a Ralph & Russo gown at the 2015 Academy Awards. 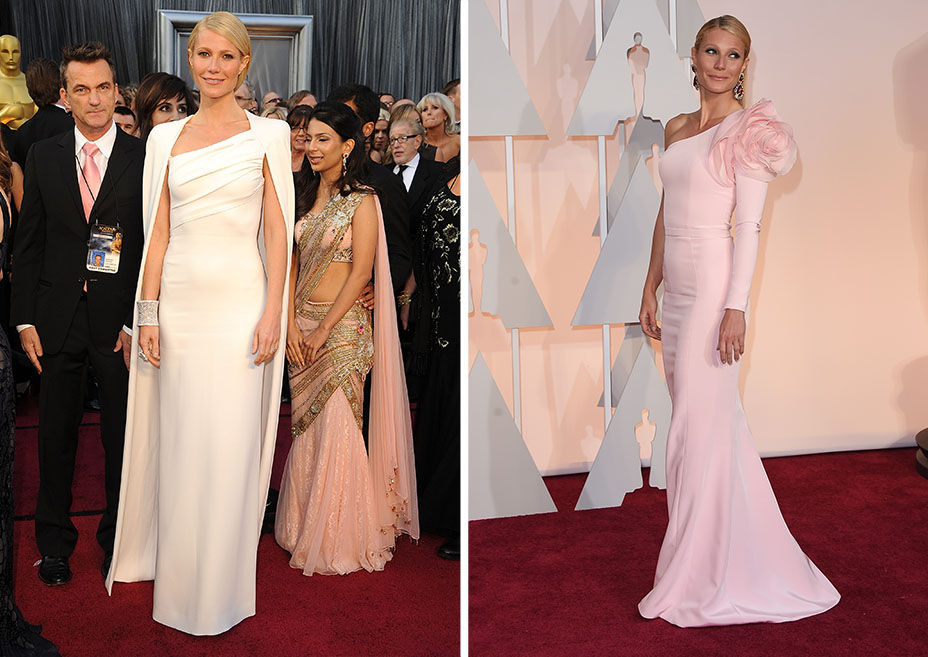 Of course, some arrangements are organic. A celebrity might be termed a “friend of the house,” indicating a mutually satisfying relationship that isn’t necessarily rooted in money changing hands. Cate Blanchett, who often wears Armani Prive, and Kate Hudson and Penelope Cruz, both of whom tend to favor Atelier Versace, could be such examples. Other scenarios are far more transparent: Natalie Portman and Keira Knightley are, respectively, the faces of Dior and Chanel fragrances (Knightley also appears in Chanel’s fine-jewelry campaigns), therefore no questions arise when either actress wears the label with whom she’s already partnered.

In recent years, jewelers have more frequently adopted the term “ambassador,” a term that signifies a more formal, structured arrangement. In 2014 and 2015, Naomi Watts was widely acknowledged to be an ambassador for Bulgari; she enjoyed a much-talked-about moment at the 2015 Golden Globes, when she paired a yellow Gucci gown with Bulgari’s diamond high-jewelry Serpenti necklace. Recently a representative for the jeweler confirmed that the relationship had ended. 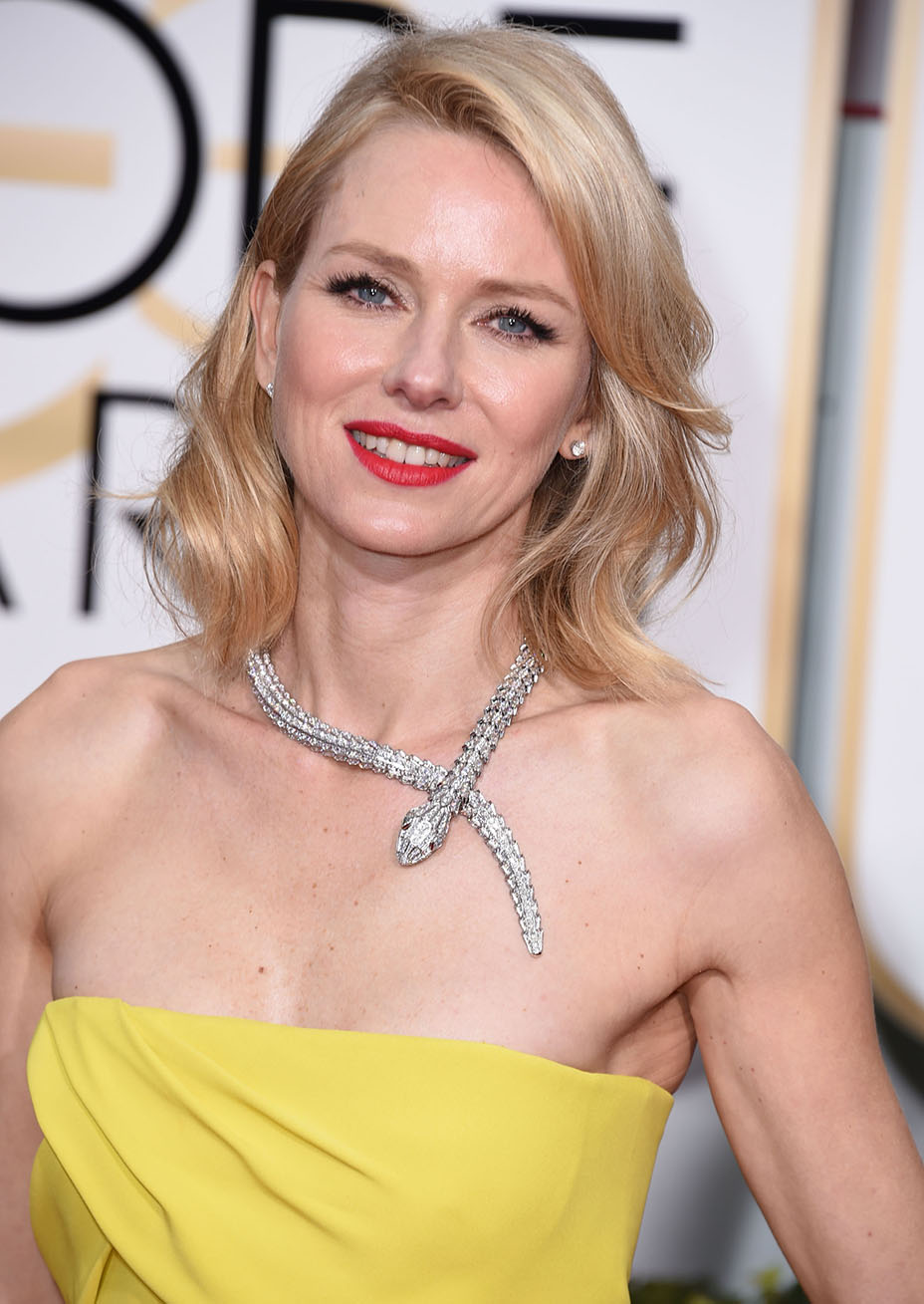 Ultimately, does it matter in viewers’ eyes if actresses are paid to wear one designer’s gown or one house’s jewels on the Academy Awards red carpet? Probably not. Monday-morning fashion quarterbacking tends to be rooted solely in who looked gorgeous and who made regrettable decisions. Knowing whether that pricey look was accompanied by a paycheck won’t change the verdict of being deemed fabulous or a failure.