For spring-summer 2020, fashion designer Tory Burch turned to Diana, Princess of Wales; the ‘80s; and English floral gardens to inspire her collection, presented at The Brooklyn Museum before an audience that included Emily Blunt, Maya Hawke, Janet Mock and Logan Browning. That translated to a mix of timeless tailored pieces heavy on pussy-bows, strapless minidresses inspired by Aughts proms, and tops and dresses with blouson sleeves, as well as covetable pastel hair comb sets.

Prints were a mix of dainty florals, stripes, polka dots and embroidered handkerchiefs patchworked together and the palette was neutrals punctuated by pastels and pops of bold neon color. Buttoned-up classics were balanced with elements of ease, such as pockets on skirts and dresses, flowing silhouettes and plenty of sneakers. 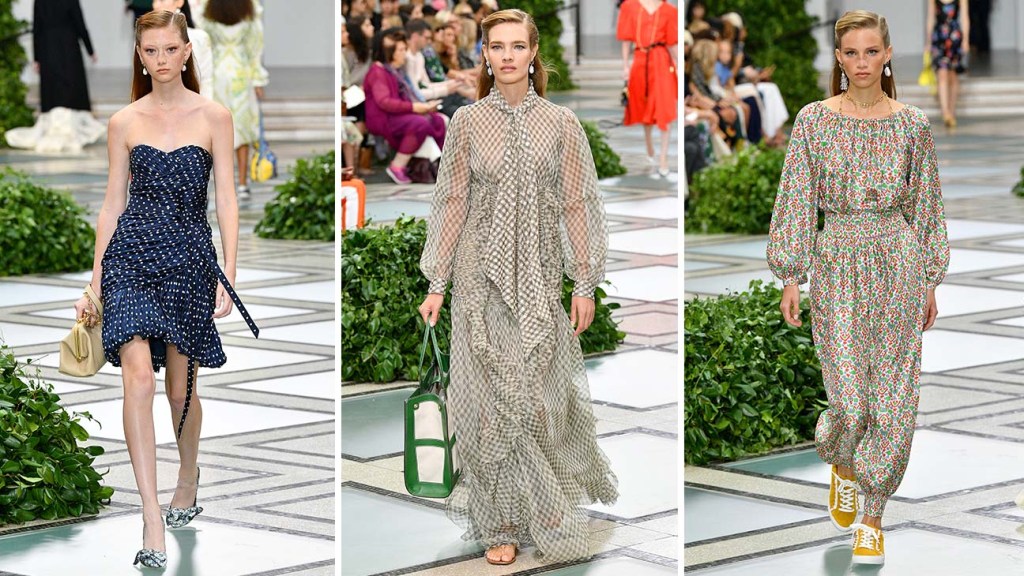 “It was not necessarily about Diana the style icon (because that’s clearly what she was), but I was more interested in Diana as a humanitarian, as someone who was incredibly fearless and had incredible compassion in her legacy and what she’s left behind,” Burch told The Hollywood Reporter after her show. “That’s something very admirable.”

In the same vein, Burch has made philanthropy an integral part of her company from the get-go. “The [Tory Burch] foundation was part of my business plan,” she says. “From the very beginning, I wanted to build a foundation that would support women. So in 2009, we launched our foundation; we support women entrepreneurs in the United States with low-interest capital, with mentorship, with fellowship programs. And we now have real impact and scale. Over 15,000 women have written business plans. It’s very exciting. We have a summit coming up in New York on March 5 and we do that every two years.” 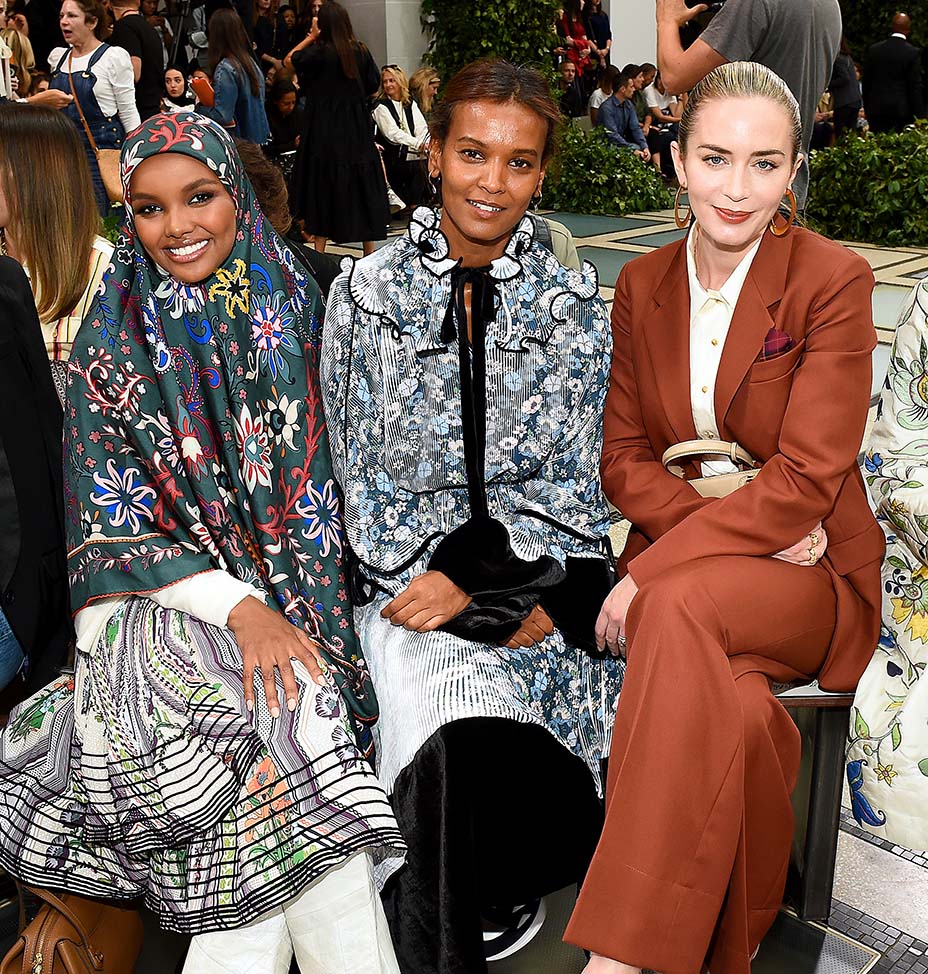 As for the ‘80s inspiration, which wouldn’t seem a typical part of the Burch playbook, she says: “Like Diana, I wanted to tread carefully with the ‘80s, because that’s not where I go naturally from a design standpoint. But it felt very fresh and I wanted to reference some of the shapes and some of the shirring and the polka-dots. For me, it was really fun to find that balance of how to reference Diana and the ‘80s and English gardens, but not be so over-the-top literal.”

While exiting the show, actress Emily Blunt told THR: “It was beautiful and whimsical and bold. I loved it. And I love all the sneakers with the dresses!” 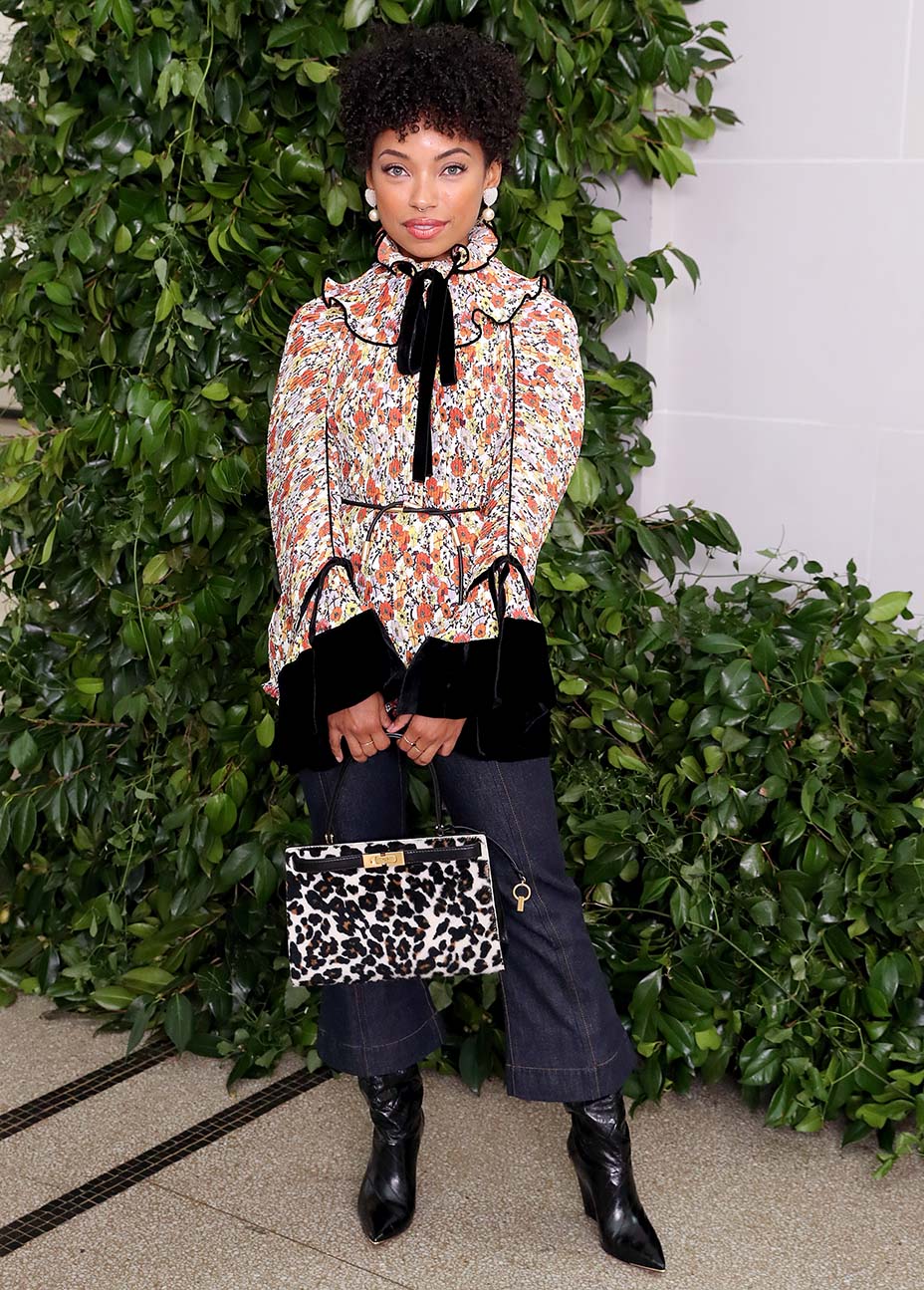 Actress Logan Browning also gave THR a post-show review: “It was so amazing. I made sure to get my video at the end, so I can see everything I want to choose from later! I loved that there were super-flowy pieces, things that I could see myself lounging in, but also going out in. There were these really billowy [yet] structured pieces in a juxtaposition that complements a woman’s silhouette. I also loved the mix of color and the really lovely comb accents in the hair were super chic. As a person who loves her activism and inclusion, I appreciated that her runway was filled with very diverse models.”

Then the 30-year-old was off, adding that “this guy I’m dating is in town!”