During a chat with Alina Cho at the Metropolitan Museum of Art’s ongoing fashion speaker series, The Atelier with Alina Cho, the design duo revealed that their move had less to do with Paris as a destination, and more to do with a change of pace — they combined their pre-season collections with their seasonal collections so that they are now showing just twice a year (in January and July on the couture calendar), which additionally gives their pieces roughly six to eight weeks longer to live on the sales floor at full price.

Proenza Schouler Is Getting A Little Sister Line

“Maybe it’s not forever,” noted Hernandez of showing in Paris. “For us we have no sort of long-term plan on that level. We might do that for a couple of seasons, come back to New York, who knows?” He added that showing outside of New York made sense given that “Fifty percent of our stores are in Europe or Asia.”

Hernandez name-dropped Tom Ford and Rick Owens as “good friends” who encouraged the couple to be “fluid” and to not stay in one place for too long. “It’s the same group of people at every show anyway,” said Hernandez.

Among other topics, the designers opened up about first becoming interested in fashion (Hernandez recalls an inspirational trip to New York: “It was minimalism in the ‘90s, I thought, ‘I could do that'”) and meeting the evening before their first day at Parsons at a night club in Soho, only to later find that they were not just classmates, but enrolled in the exact same schedule. 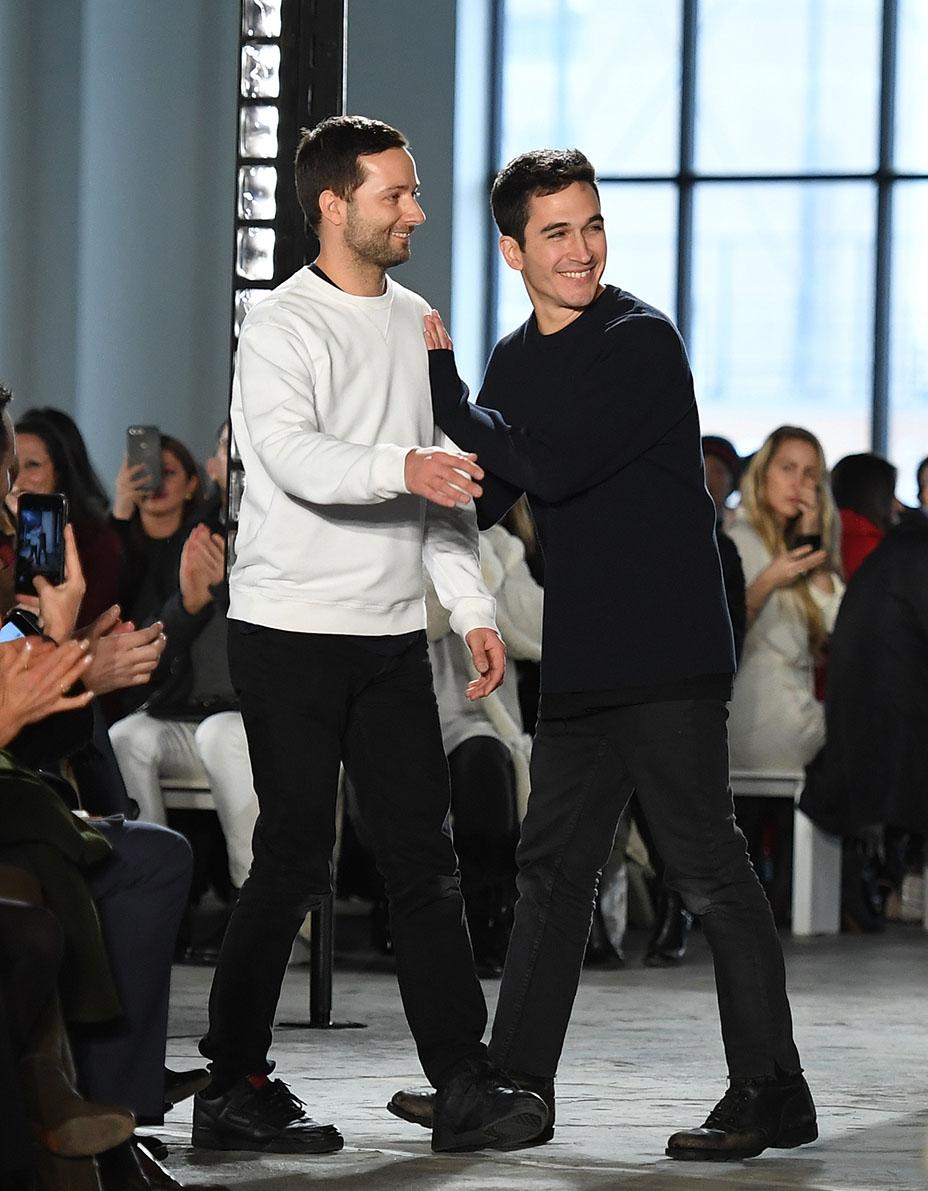 The designers began dating during their junior year (an inquiry from Cho as to whether they’ll ever get married was met with rolled eyes and “no comment” from Hernandez) and collaborated on their senior thesis project, which was then picked up in its entirety by Barneys.

Now in their 30s, the couple relayed a bit of their personal and creative routines as well, including their practice of traveling across the globe in search of inspiration following each show, as well as their penchant for spending as many as 12 hours a day sketching while sitting at opposite ends of a farm table in their home in the Berkshires.

Rodarte Romances the Paris Runway With Baby's Breath and Bows

Though they had nothing to say regarding their upcoming sister line, White Label, there were a few funny revelations from the talk regarding Herandez’s family. The couple shared about the time they traveled to Cuba to meet Hernandez’s mother’s side of the family (the Proenzas had never heard of their label, and inquired, “Is that like Zara?”) and the time his mother encouraged the then 19-year-old Parsons student to leave Anna Wintour a handwritten note inquiring about a fashion internship when they happened to be on the same flight. The note eventually landed him an internship with Michael Kors.

When an inspired young stylist in the crowd asked whether or not Hernandez thought his tactic was wise, he quipped, “I mean, it worked.” She replied, “Then I’d like to hand you my business card.” The audience cheered. Said Hernandez as he accepted the card, “She set me up for that one. She got me.”

BIG THANKS to these two handsome creatures for spending an hour in the hot seat with me at the @metmuseum tonight. Iyou, J+L @proenzaschouler #atelieralinacho #proenzaschoulerxthemet: @bfa