Out today, the motocross and cycling-inspired MMT 140 x Pyer Moss for Hennessy line includes five limited-edition pieces (a graphic-print T-shirt, parachute jogger pants, a crewneck sweatshirt, a bomber jacket and a cycling cap), $150 to $500 at pyermoss.com. A portion of proceeds benefits The National Brotherhood of Cyclists. 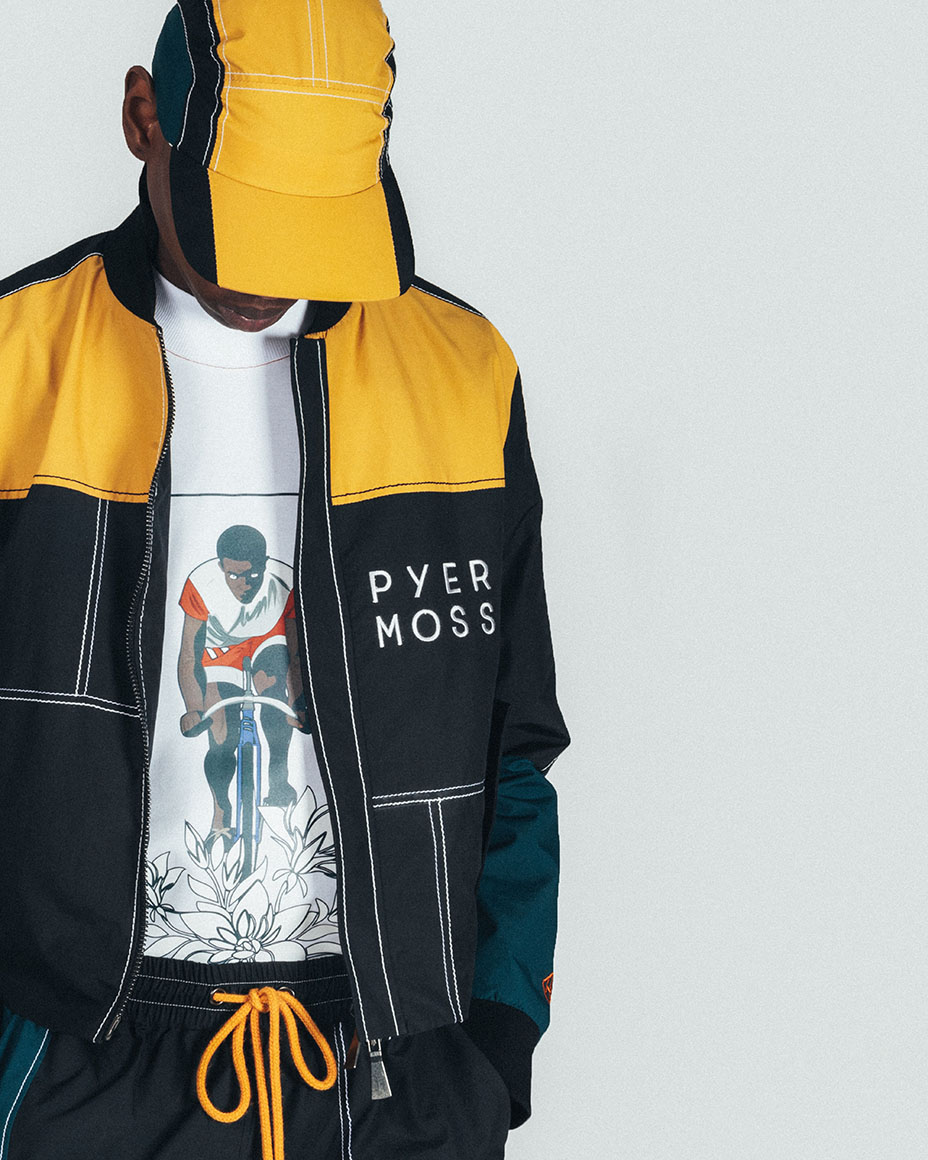 “Throughout his career, Taylor challenged the racial prejudice encountered on and off the Velodrome, becoming a pioneering role model for athletes facing similar discrimination,” says Jean-Raymond. “A recognition of the champion’s legacy and the obstacles he overcame, the MMT 140 x Pyer Moss for Hennessy collection is also an outlet to challenge similar themes still relevant 140 years after he was born.”

“For the 2018 autumn-winter season, we started this concept of phantom quilting at Pyer Moss, derived from techniques employed by the quilters of Gee’s Bend,” Jean-Raymond exclusively told The Hollywood Reporter, referencing the remote black community in Alabama whose quilts are internationally regarded and hang in art museums. “We took the shapes that they used to create patchwork designs and modernized it by focusing on top stitching versus the actual piecing together of different fabrications. It’s through phantom quilting that we create stories, a concept brought to the design of Hennessy’s MMT 140 capsule collection. Inspired by our hero (cyclist Marshall ‘Major’ Taylor), we super-imposed images onto the top-stitching using this process, resulting in something resembling a map. The final phantom quilting design actually evokes Taylor’s legacy through nuances of a bike path, cycling tracks and streets, beautifully woven into the fabric itself.” 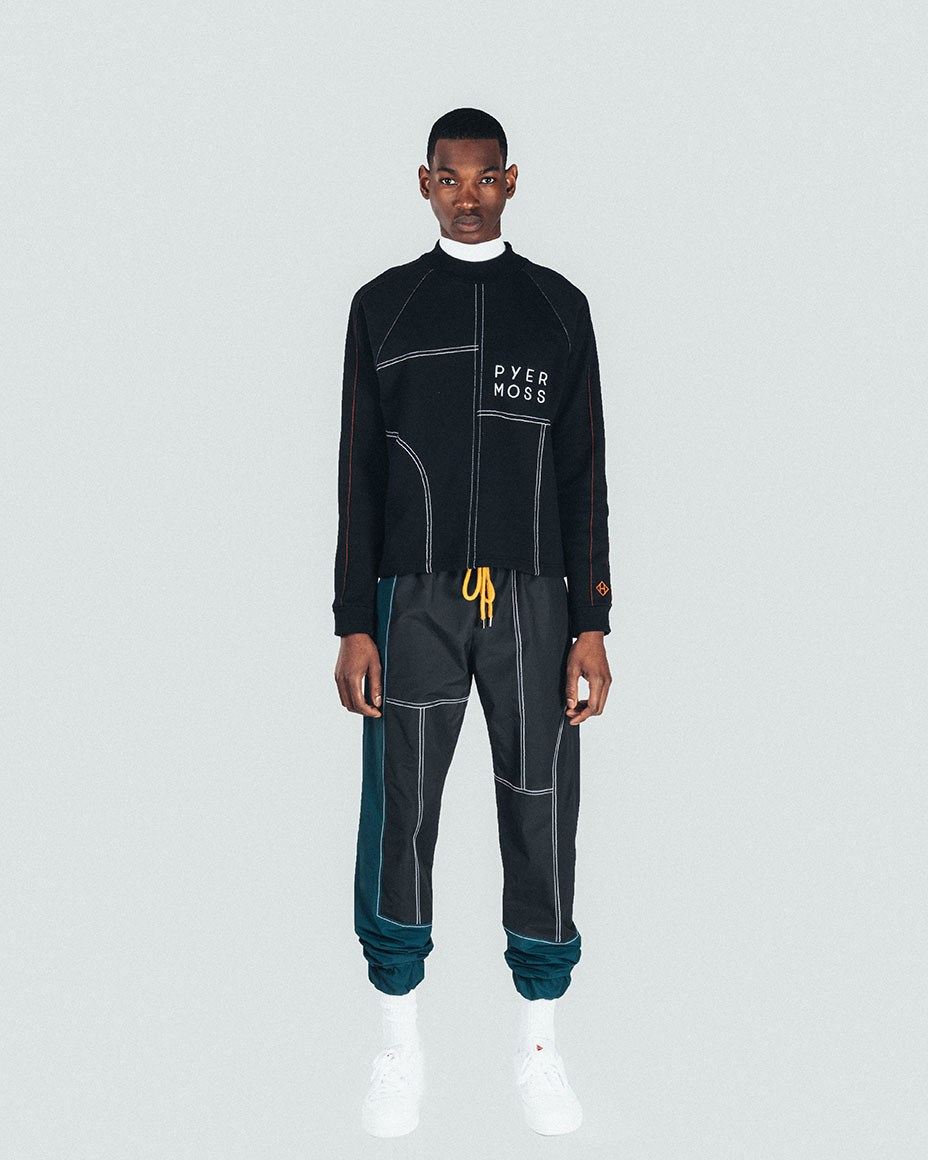 Jean-Raymond founded his Pyer Moss brand five years ago and has gained attention by deftly weaving statements about race and politics and a celebration of black American culture into his designs. His spring 2019 collection at New York Fashion Week was presented with a gospel choir in Brooklyn’s Weeksville neighborhood, one of the first free black communities in the U.S.

What Is African-American Leisurewear Now? Brooklyn Fashion Label Pyer Moss Has an Answer

Earlier this month, actress-producer Tracee Ellis Ross wore a pink Pyer Moss tux as part of her wardrobe of looks by all-black designers as host of the American Music Awards. In June, Issa Rae made headlines at the CFDA Awards wearing a blue Pyer Moss jumpsuit embellished with over 180,000 Swarovski crystals and cinched with a belt that read “Every N— Is a Star” (the title of a 1974 Boris Gardiner song). Rihanna, Tiffany Haddish, Janet Jackson and pro football player and racial equality activist Colin Kaepernick are also fans of the brand.

Previous Pyer Moss collabs include a two-year apparel and footwear contract with Reebok that debuted in fall 2018 and a capsule line with ’90s heritage label FUBU for spring 2019. 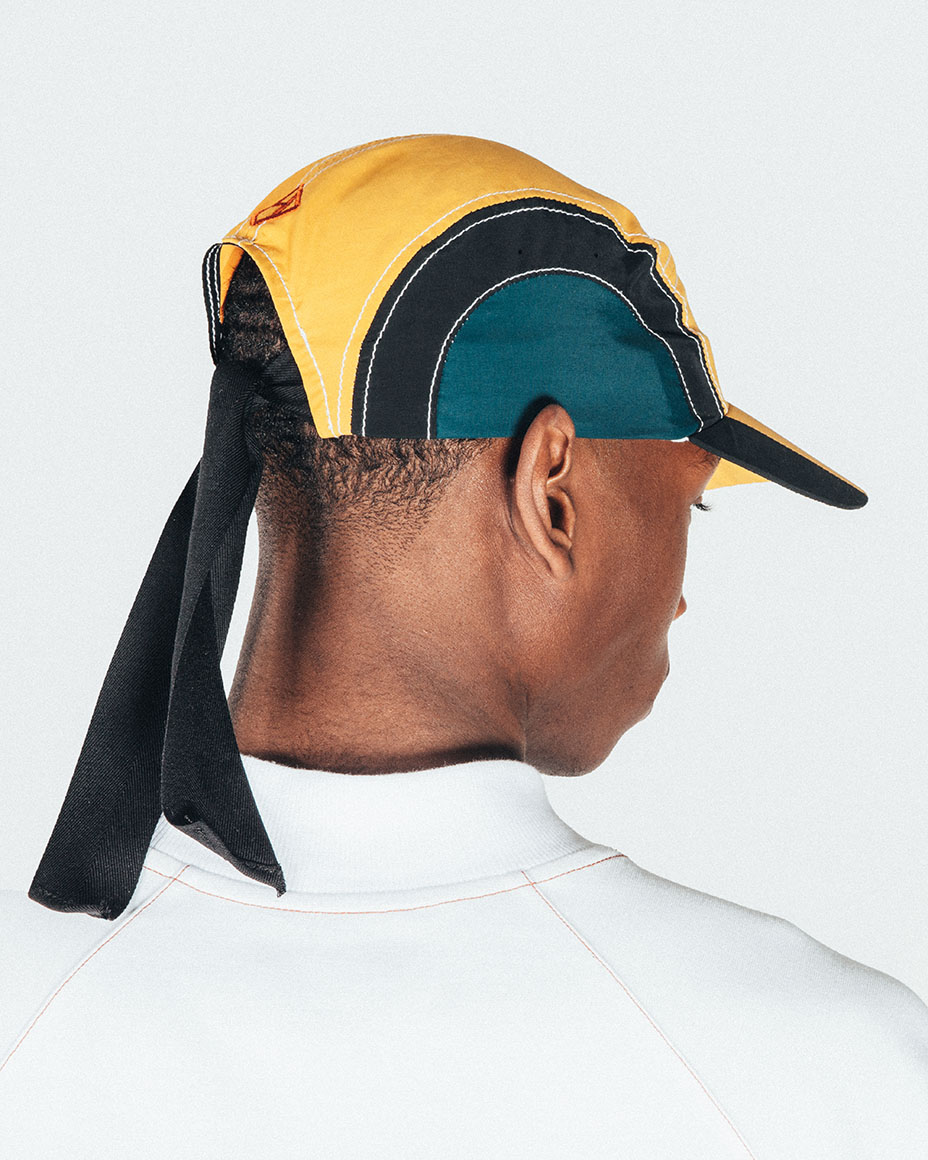