Every interior designer has “go-tos for perfectly chic home goods,” says Martyn Lawrence-Bullard, who has designed homes for Cher and Ellen Pompeo. With a slew of new design stores opening in L.A., he and other pros pick favorites.

Fourth-generation rug purveyor Ben Soleimani, whose family started Mansour, branched into selling furniture and fabrics online under his own name and recently opened a showroom in West Hollywood. He’s translated his passion for design, his vast storehouse of knowledge, and his relationship with some of the world’s most exquisite artisans into well-designed, high-quality, luxurious home goods that are built to last at prices that aren’t exorbitant. 8626 Melrose Ave. 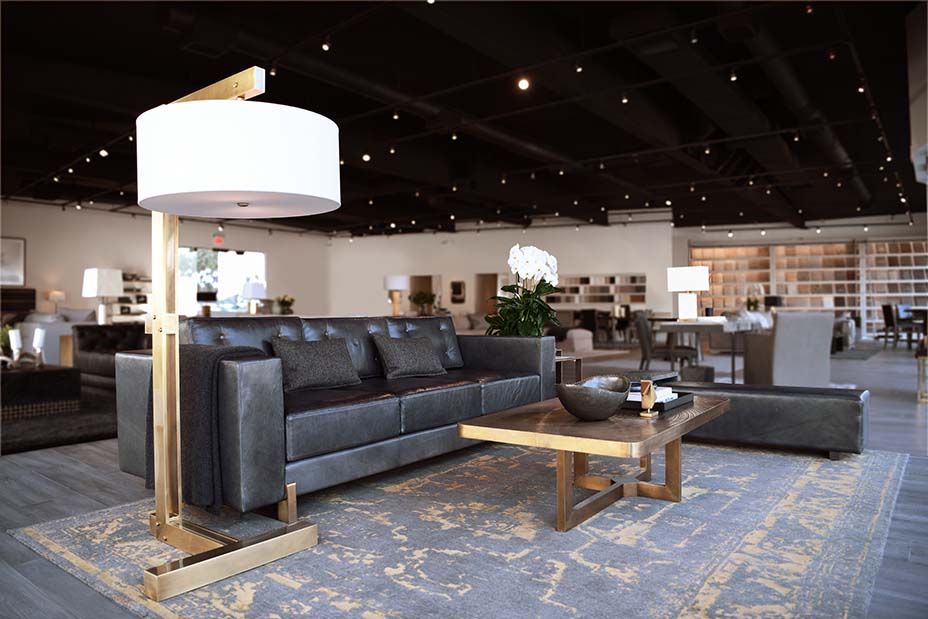 “I have long been a fan of Lily and Hopie Stockman’s art and hand-printed textiles,” says Queer Eye‘s Bobby Berk of the sisters behind Block Shop. “I love supporting these artists that are still creating everything in downtown Los Angeles. Known for traditional Indian hand-block printing and Bauhaus-inspired design, the pair have opened their first retail shop, in Atwater Village, which sells pillows, baby quilts, table linens and note cards. Berk (who last year launched a furniture line with A.R.T. Furniture) particularly likes the reversible Sultan dhurrie rug. 3191 Casitas Ave. 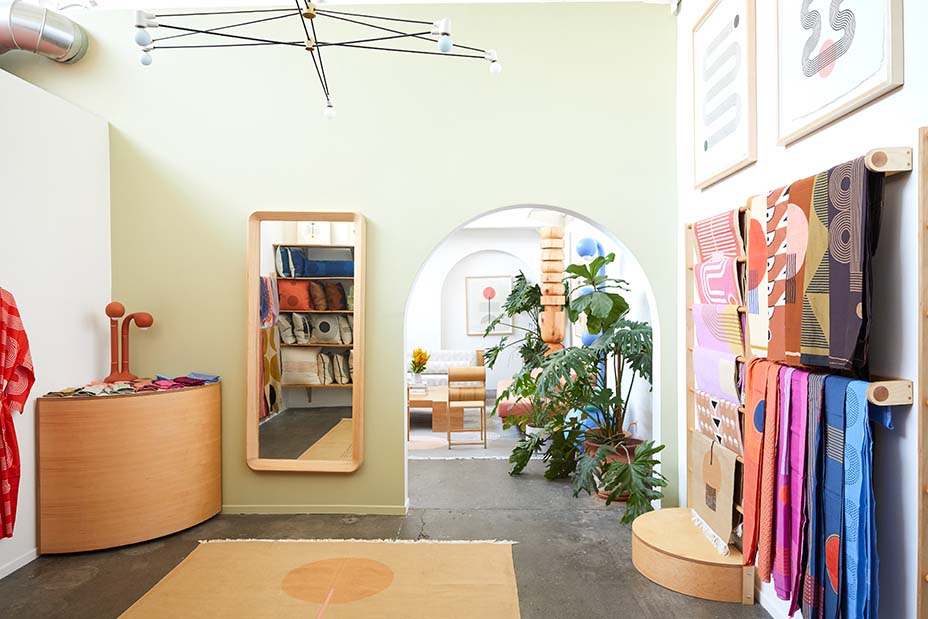 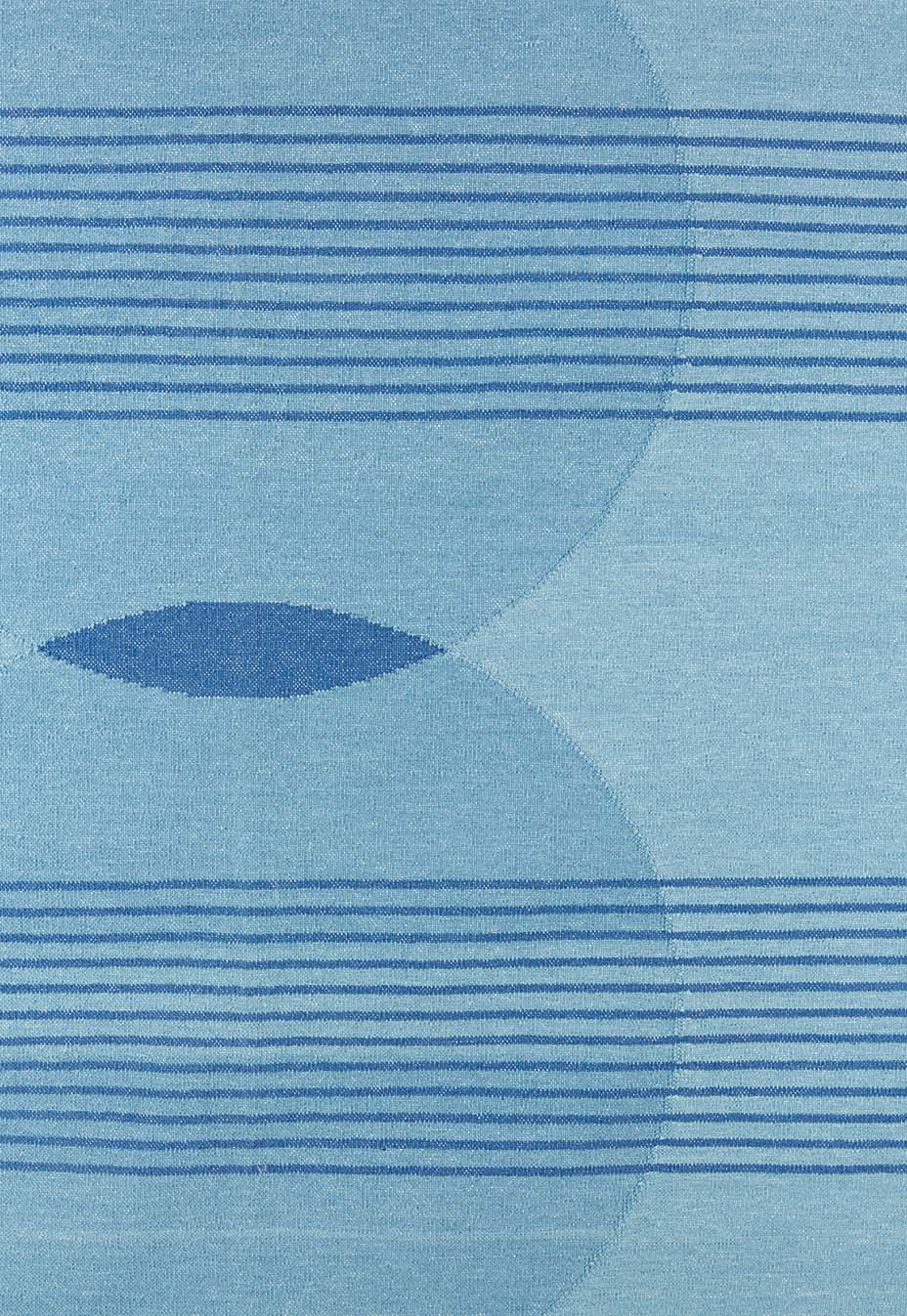 Founded by Guy Benhamou, a jewelry-industry executive with a devotion to design, housed in a 1920s-era, 6,000-square-foot former Cadillac showroom on Beverly Boulevard that’s been reimagined by interior design Cesar Giraldo, this furniture showroom boasts exclusive, limited-edition, mostly Italian designs including the famed Yves Klein line of glass coffee tables which are put together by an artisan flown in from Paris and specially trained to assemble it on site (Kylie and Kendall Jenner both own one). Graphic and interior designer Marissa Zajack (Netflix’s The Boys in the Band, Showtime’s Shameless) is a fan of “their artfully curated collection of furniture and lighting. It’s like walking into a gallery of top designers from around the globe.” 9030 Wilshire Blvd. 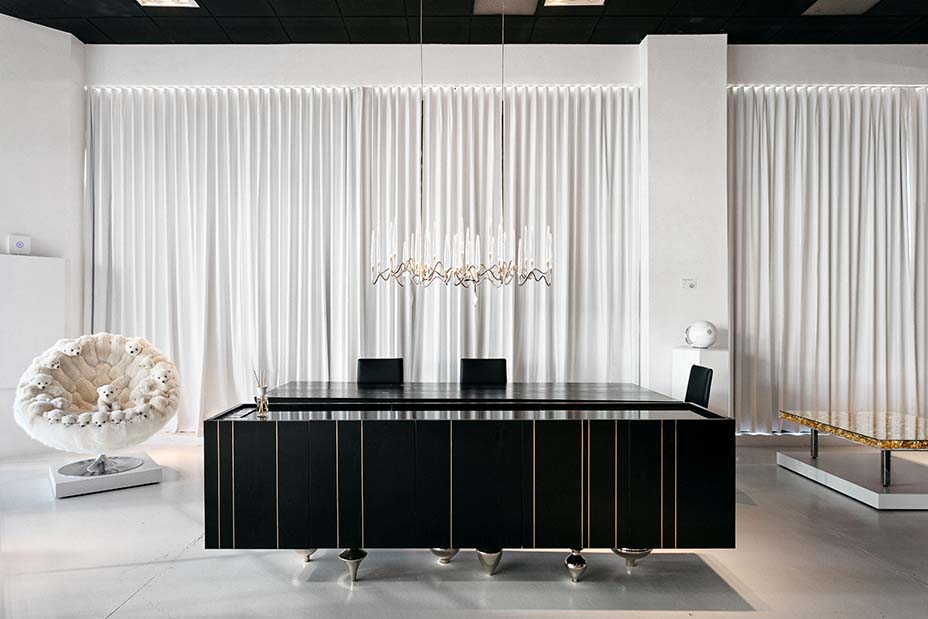 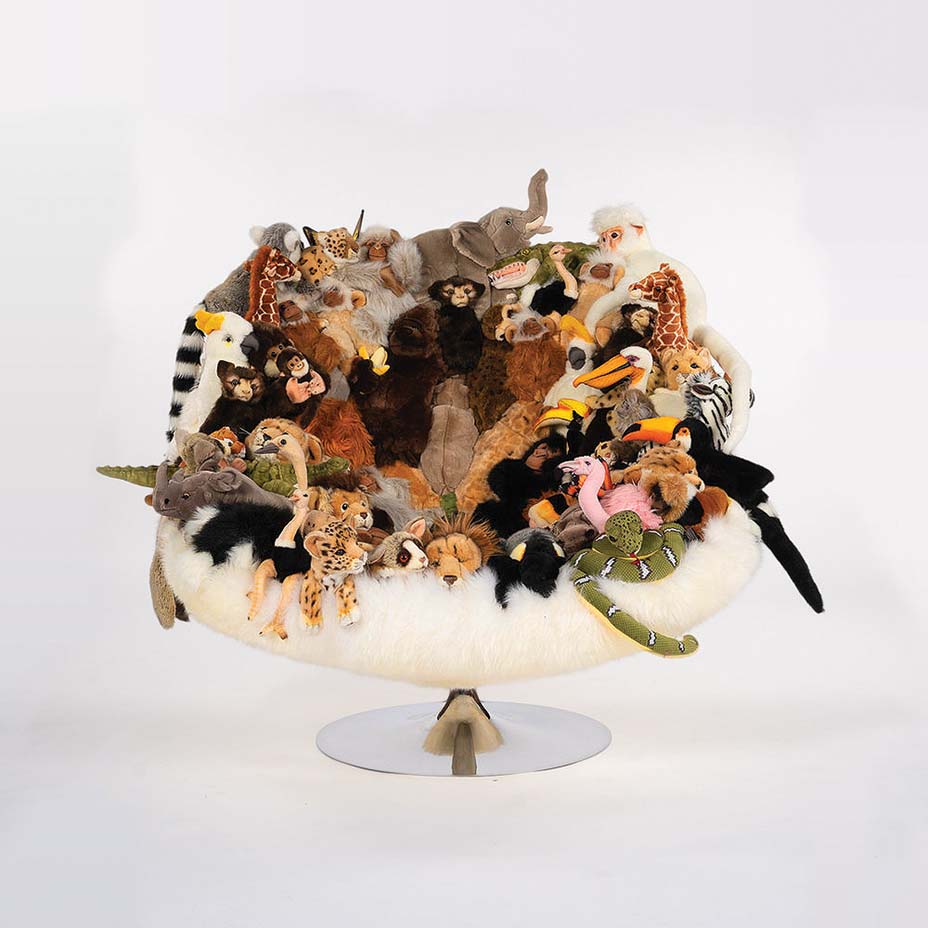 Berk is astonished at the variety of merchandise available at this Silver Lake shop. “It’s packed! Literally, they had to expand to a space behind their current store,” he laughs, ticking off its treasures: “There are vintage finds, men’s clothing and home accessories. It’s an ever-evolving shop of goodies,” he says, adding “They also pride themselves on selling local, vintage and handmade pieces, including their own designs, which I love to support.” 1837 Hyperion Ave. 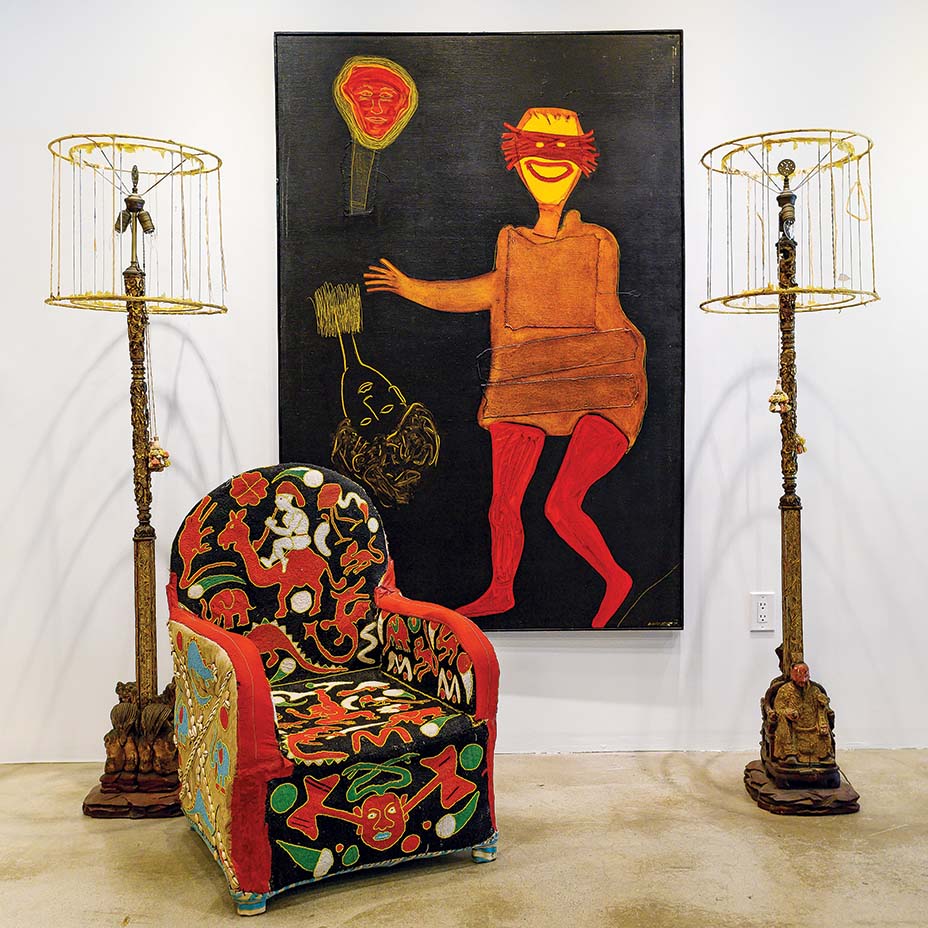 Jewelry designer Boyajian (commissioned by SNL cast member Colin Jost to create an Infinity gauntlet Stones-inspired bracelet made of 18K gold and gems for fiancee Scarlett Johansson to wear to the Avengers: Endgame premiere) has opened a glamorous boutique and workspace conjured up by the vibrant mind of interior designer Pamela Shamshiri of Studio Shamshiri. The space channels the glamor of Old Hollywood through the lens of Georgia O’Keeffe’s serene Abiquiu with a touch of Donald Judd. Hint-of-coral walls and sensuous sculptural built-ins let Boyajian’s show-stopping pieces, including ceramics, shine. 357 N. La Brea Ave.

Sutton Stracke, who joined the cast of The Real Housewives of Beverly Hills in 2019, is the force behind Sutton Concept in West Hollywood, where she shares her love of decor, jewelry, fashion and art. Included are designs by Parisian designer Alexis Mabille, a red carpet veteran who’s created show-stopping outfits for Rihanna, Katy Perry and Zendaya. Stracke worked with art advisor Karyn Lovegrove on offerings that include prints by Helmut Newton, abstracts from L.A. painter J. Millay, and work from Cuban artist Alejandro Pineiro Bello. 636 N. Almont Dr. 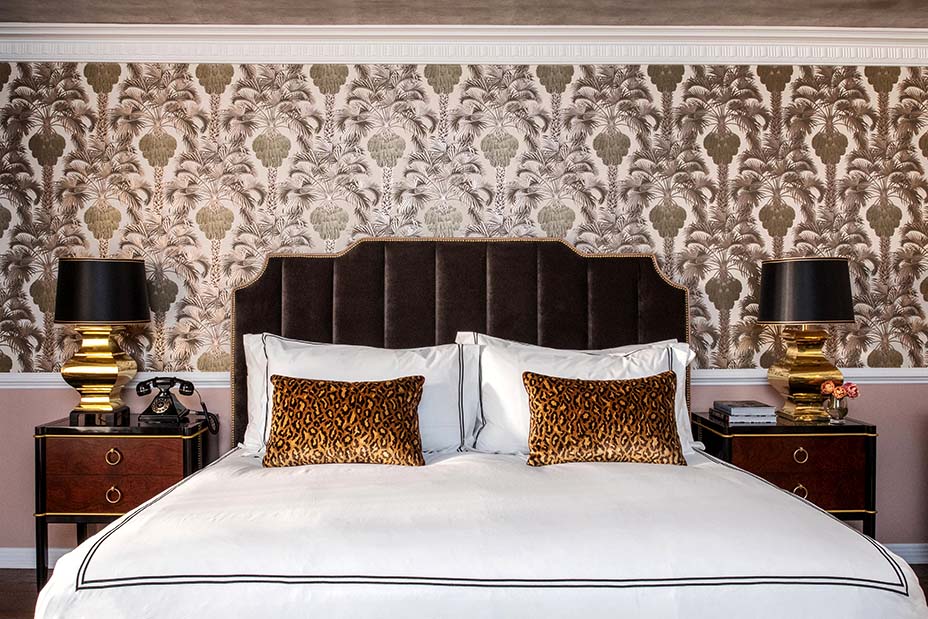 For this new boutique hotel in a Hollywood Regency-style former apartment building, blocks from the Dolby Theatre, interior designer Martyn Lawrence-Bullard took inspiration from the stars (like Jean Harlow and Gloria Swanson) who once lived in the hills nearby. “It made for a flight of fantasy. It’s classic Hollywood glam meets a 2020 Gucci runway,” says Lawrence-Bullard, who’s done up the 24 rooms with four-poster Lucite beds, leopard-pattern rugs, voluptuous wallpaper from his own collection for Cole & Son, and gold-leaf ceilings. 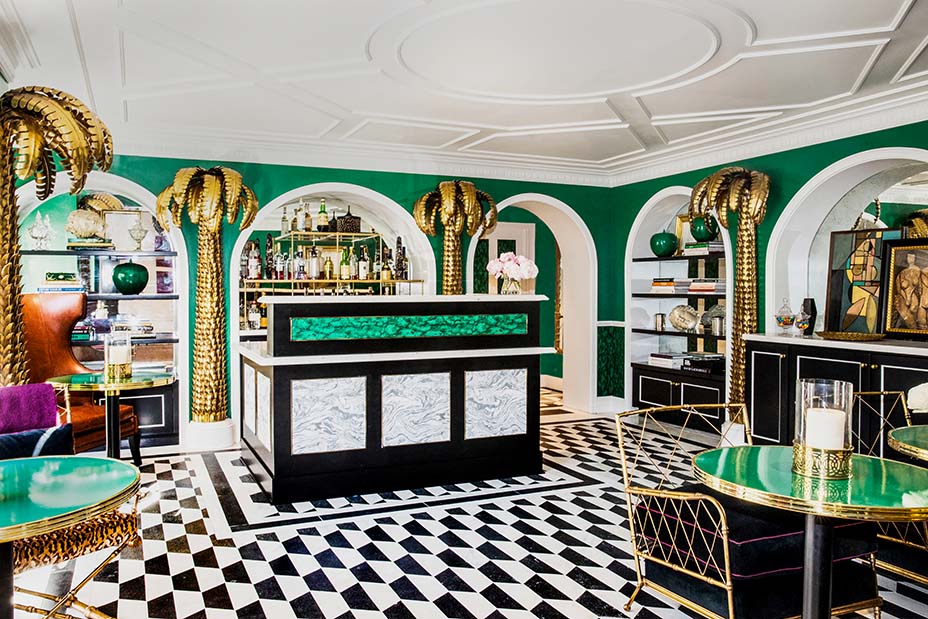 “The vision of the hotel is really derived from the history of its location,” says Lawrence-Bullard of the hotel, now washed in white with crisp black trim. “It’s the very essence of the movie business with all the glamor that conjures up.” 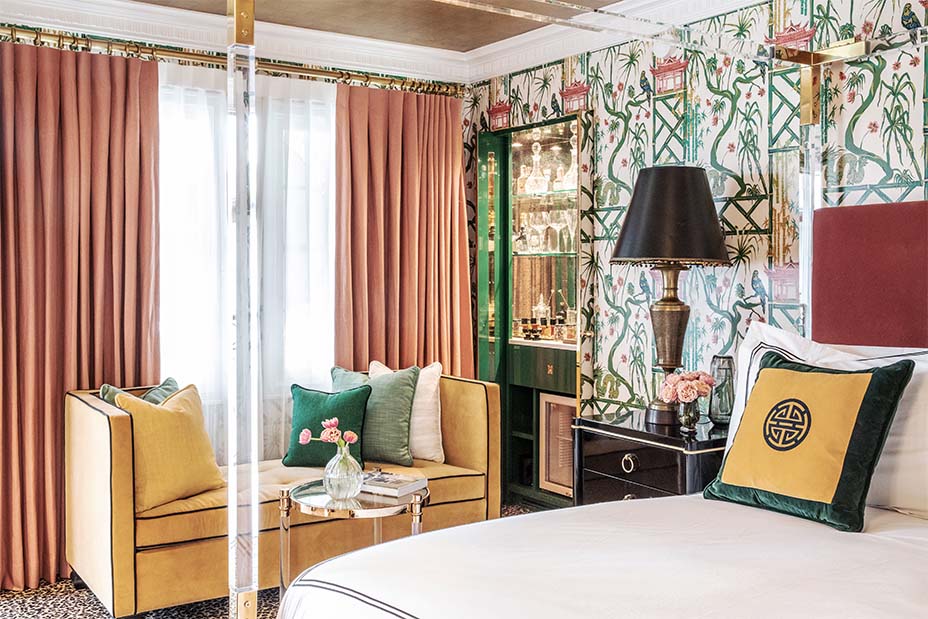 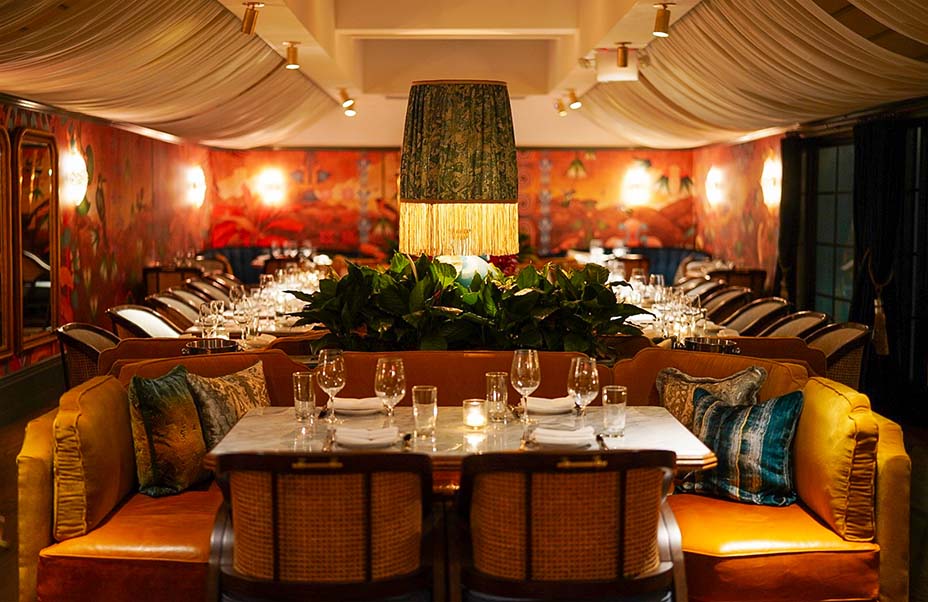 London restaurateur Matt Hermer and wife Marissa (Bravo’s Ladies of London) have opened their second L.A. eatery, after debuting the Draycott in Pacific Palisades in 2018. Olivetta, located in WeHo’s old Au Fudge space, is a Mediterranean-inspired restaurant that wows with colorful design. Teal surfaces are paired with French mural-inspired wallpaper, plus marble-topped tables and velvet chairs. “The idea is that you can have a variety of experiences as you move through the day,” says Fettle interior architect and designer Tom Parker, who also oversaw the the Draycott’s design, “from lounge-y sunlit brunch space to serious dining and after-dinner cabaret.” 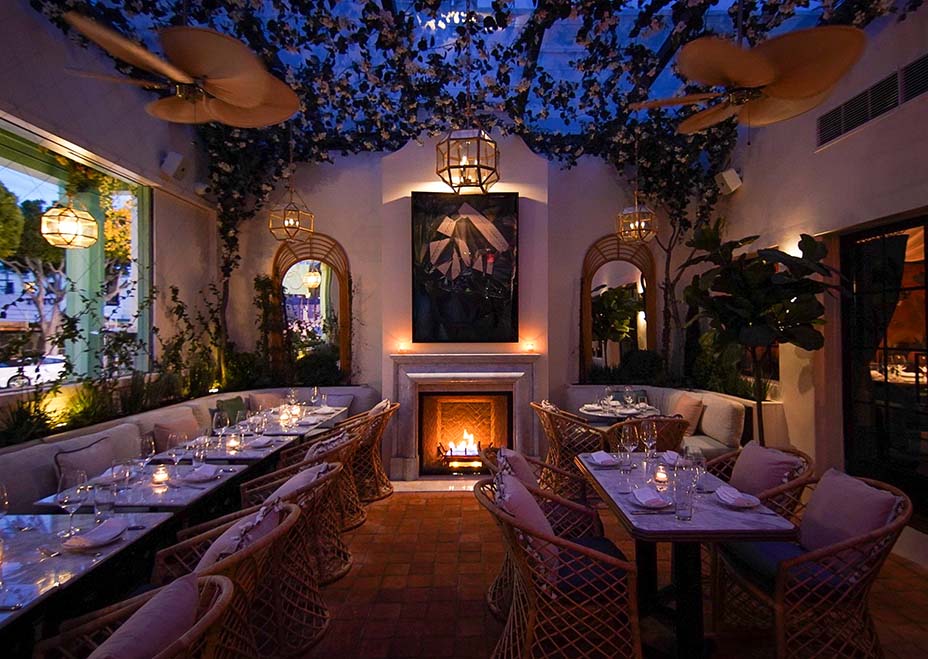 “We created Olivetta because we wanted a place where we could meet a friend for an afternoon cocktail, stay on for a delicious dinner and carry on for late night secrets and shenanigans,” say Marissa. Hours extend until midnight (2 a.m. on weekends) and a bar, accompanied by the ringing of a ship’s bell, turns into a mini stage. The restaurant has already welcomed Molly Sims, writer Kirsten Smith (Legally Blonde, Ella Enchanted), and Jennifer Lopez and Alex Rodriguez (who came in after the Screen Actors Guild Awards) drawn by the cozy decor and the Mediterranean cuisine from chef Michael Fiorelli, which upgrades classics like roast chicken, fennel salad, octopus and lamb bolognese with a wash of Middle Eastern and Indian spice. 9010 Melrose Ave., olivetta.la. 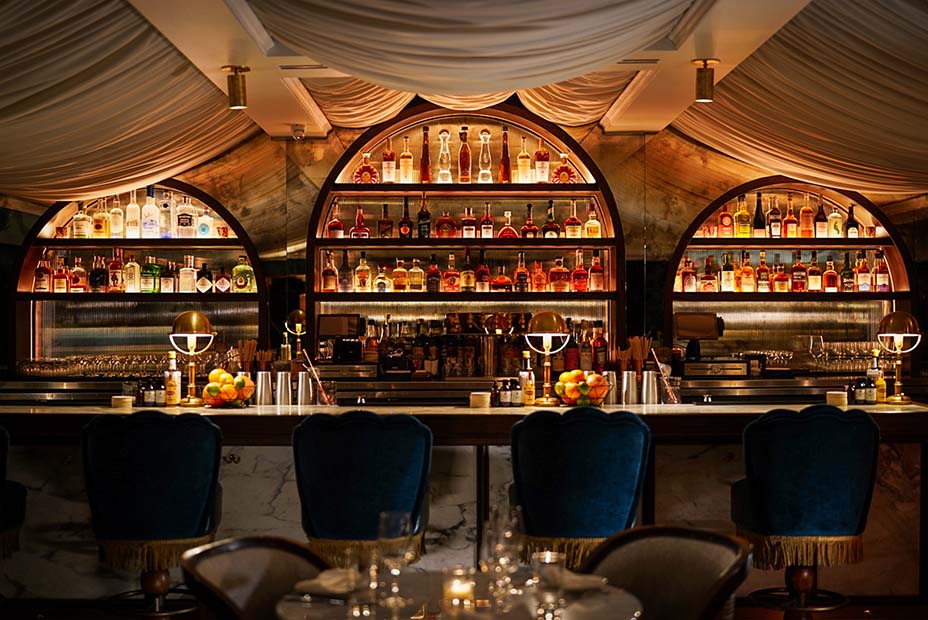