It was one of those amazing Hollywood nights.

Music legend Quincy Jones hosted a dinner at his Bel Air home on Tuesday night to celebrate his longtime friend, Angela Missoni, and toast her 20th year as creative director of the colorful Italian fashion brand that bears her family name.

Angelica Huston, Fergie, Rashida Jones, Amber Valletta, Kelly Lynch, Mitch Glazer, China Chow, Alex Israel, Rosson Crow and Danny Huston, John Taylor and Gela Nash Taylor sipped cocktails and sneaked peeks at the awards room (Jones has so many trophies and statuettes from his six decades in the music business, including 29 Grammys, that they are spilling out onto side tables, too).

John Legend to Perform at Carousel of Hope Ball

Missoni started the celebration at Milan Fashion Week earlier this month, with a runway show marking her anniversary with the brand founded in 1953 by her parents, the late Ottavio “Tai” Missoni and wife Rosita Missoni, who met at the 1948 London Olympics. On this momentous year, she also designed Saks Fifth Avenue’s Key to the Cure T-shirt to raise funds for breast cancer research. 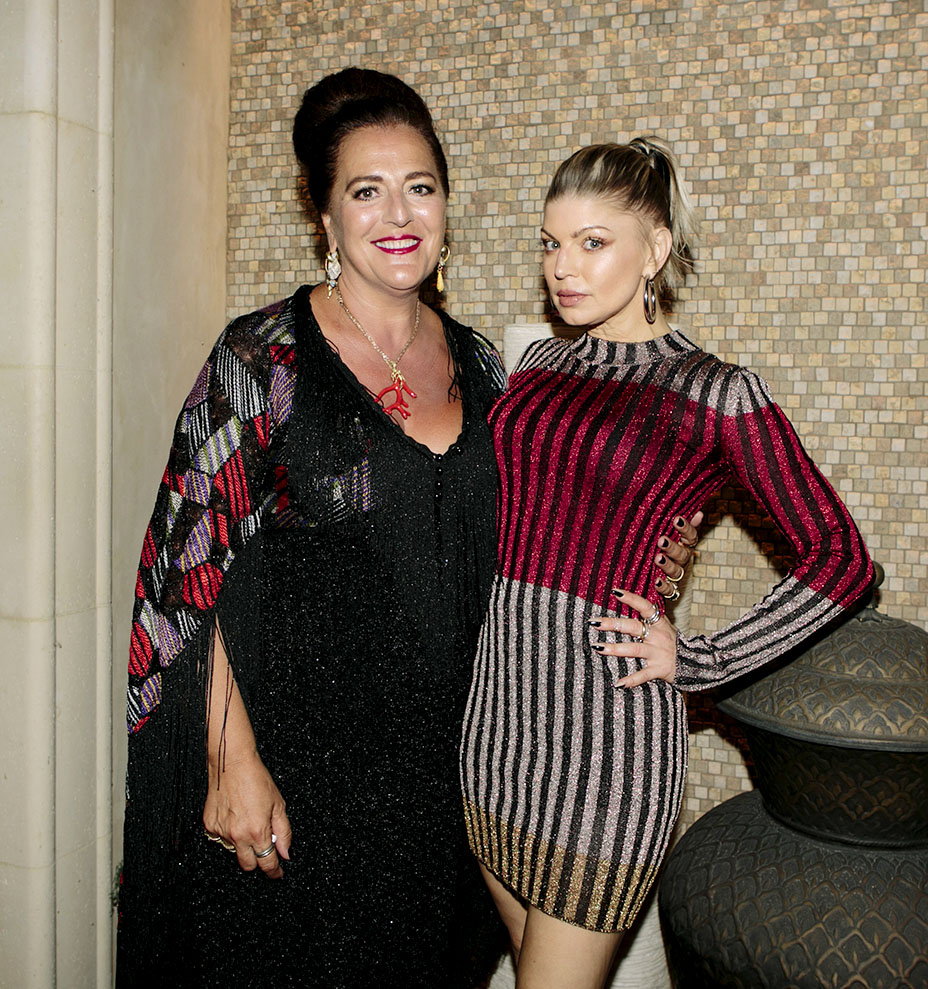 “My proudest moment was at the beginning, when I realized I gave my mother a second creative life,” Missoni said over dinner, which was served buffet-style. “I felt really proud.”

Missoni and Jones have been friends for 25 years. “Quincy wanted to meet us because he was a Missoni freak since the ‘70s,” said the designer who, like many in the crowd, was dressed in one of her luxe knitwear creations. 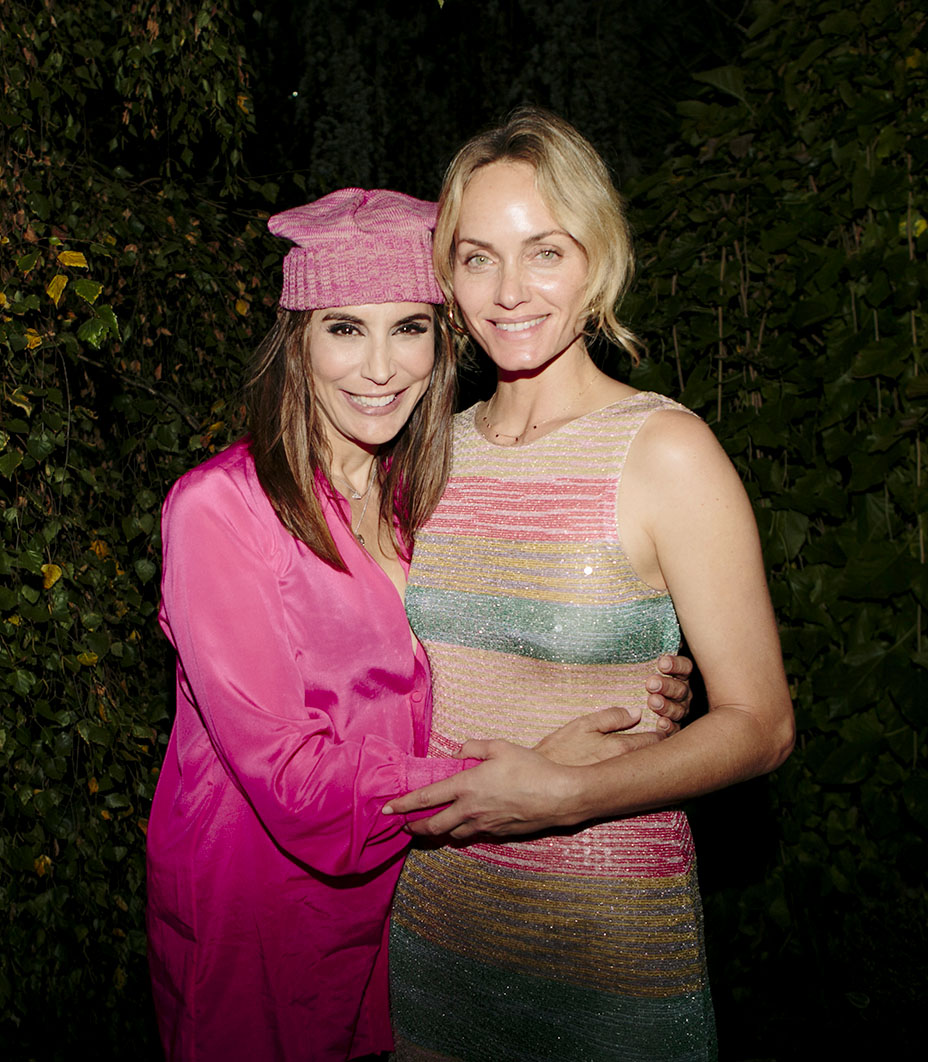 “Her father sent me all those paintings. Every month he sent me a new painting. Great man,” Jones added, referring to the framed works inspired by Missoni’s signature patterns that pepper his home’s entryway. “I’ve got Missoni all over the house, from the towels at the pool to the wash rags, to the holders for the glasses,” he said, motioning to striped coasters on a nearby table.

In 2011, Jones declared his lifelong love for the brand publicly when he presented the Rodeo Drive Walk of Style Award to what he dubbed the “Sumirago posse” — a reference to the family’s hometown about an hour northwest of Milan, Italy. He said the colors and patterns of Missoni designs “are like the notes of a beautiful love song.” (He should know.) 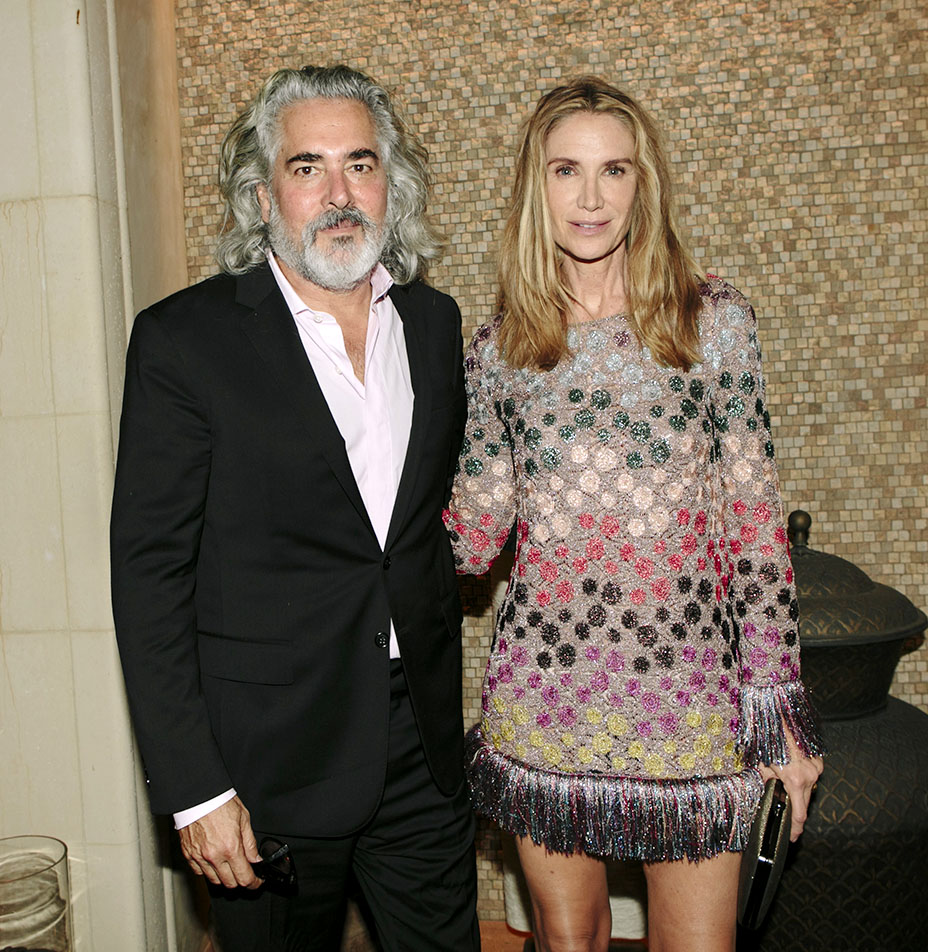 “It’s not just that we are friends, our extended families are friends,” said Missoni. So what’s her favorite Q tune? “There’s one specific one that when I realized it was him, I realized was my favorite,” she said, humming the famous “Soul Bossa Nova” instrumental, which has appeared in numerous TV shows and films, including Austin Powers: International Man of Mystery.

After dinner, guests gathered around the piano to hear music from some of the producer’s proteges, including Siedah Garrett, who serenaded the room with “Man in the Mirror,” a song she wrote and Michael Jackson memorably recorded. There wasn’t a dry eye in the house.