A little of the former glamour was restored to Los Angeles’ Bullocks Wilshire building on Tuesday night, when fashion designer Rachel Comey staged her pre-spring 2019 show at the Art Deco landmark that was once the city’s most luxe department store.

Now Southwestern Law School, Bullocks was the height of chic from 1929 to the 1970s. The store’s 14-karat-gold credit cards alone cost $400; the in-house designer was Irene Gibbons, whose sexy gowns were beloved by Vivien Leigh and Ginger Rogers; and many generations of L.A. ladies remember lunching in the tea room. 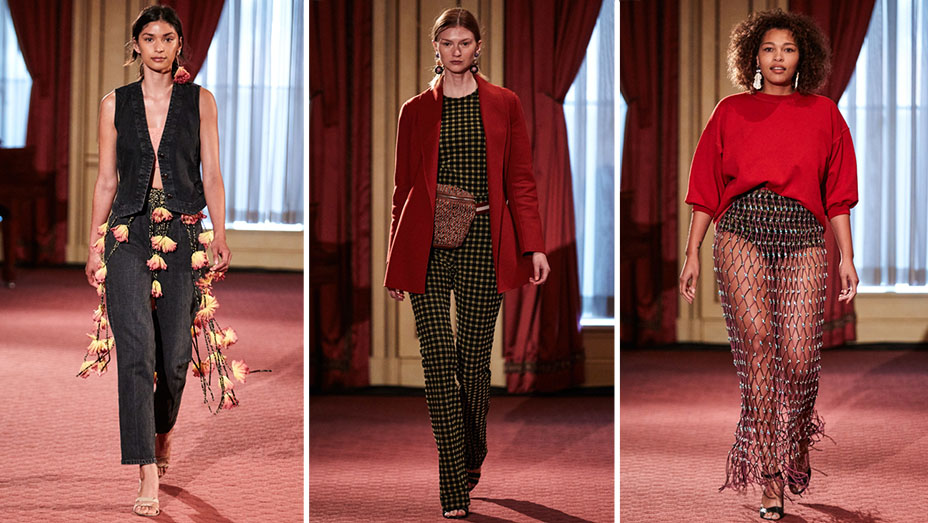 It’s no wonder that Comey, a Brooklyn-based designer who is popular with fierce females like activist Sarah Sophie Flicker, rocker Kim Gordon and actresses Tracee Ellis Ross and Rashida Jones, would be inspired. “We always had the space in the back of our minds — it’s so opulent, we had all these pictures on the wall at our design studio — and it definitely informed the collection,” she says. 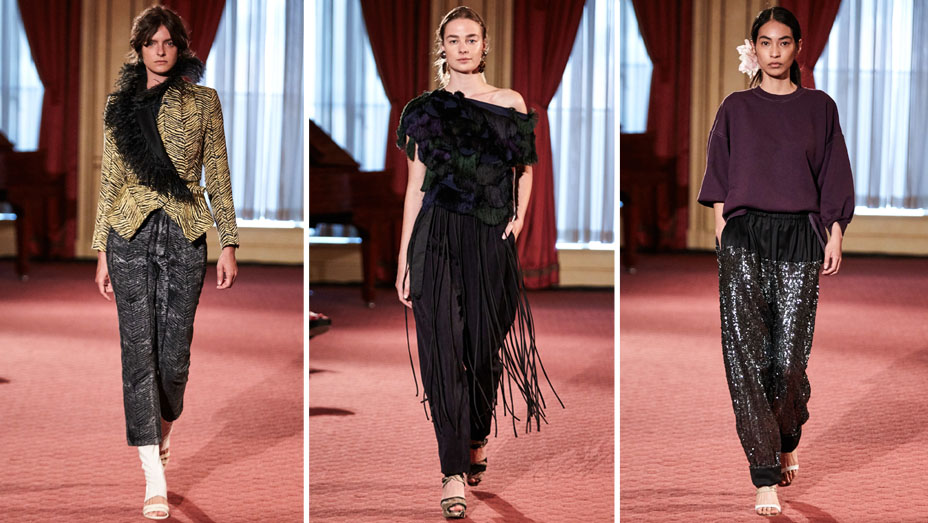 The lineup Comey showed on Tuesday put a practical spin on Hollywood glam, with crystal- or silk-flower embellished tulle and net overskirts layered over denim or color-blocked trousers that left the front row “oohing” and “aahing.” Sharp, 1940s-inspired tailored jackets with wide lapels and high-waist pants that Hepburn might wear came in millennial pink. 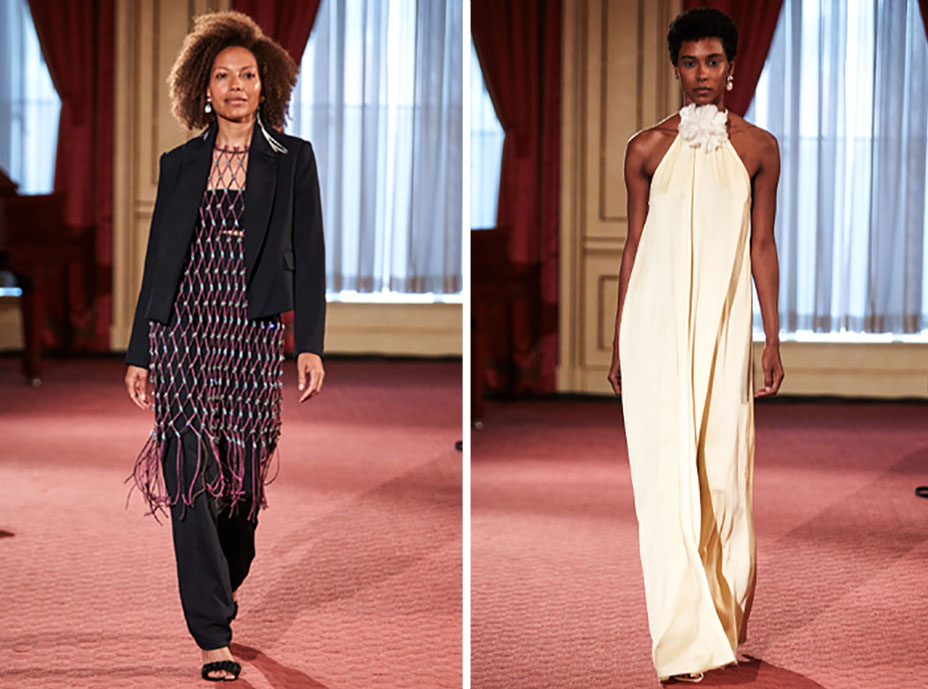 A draped black jumpsuit was a modern alternative to Dietrich’s tuxedo with nouveau-L.A. ease, and Comey’s signature heels were done up in a starlet’s zebra stripes. Dresses came decorated with fringe, feathers and rhinestones. 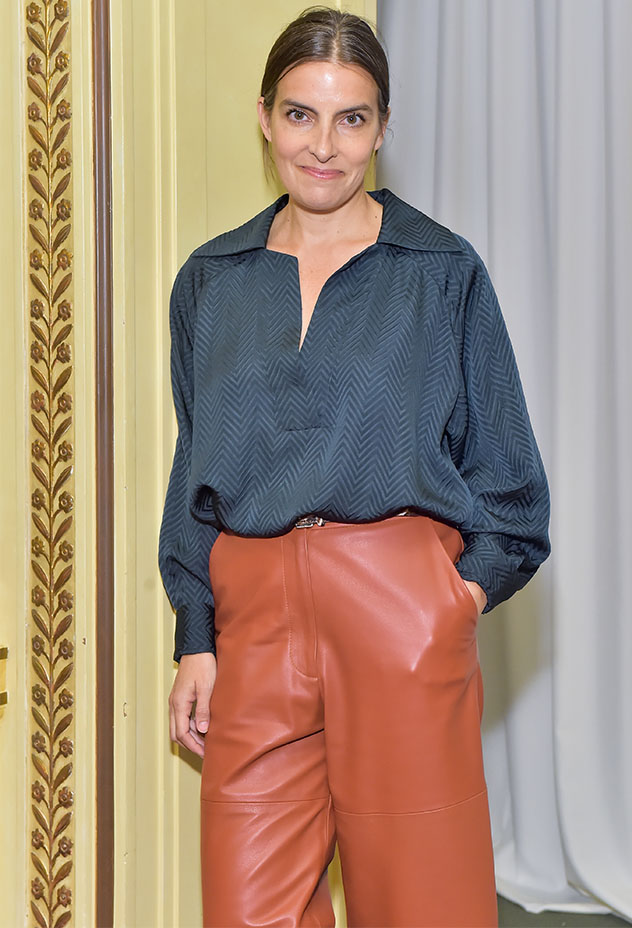 It’s the second time Comey has presented her collection in Los Angeles, a testament to the importance of this market and her boutique on Melrose Place, she says. The first was in February 2017, right after the election, when the clothes were admittedly “tough and angry” compared to this season’s elegant lineup. 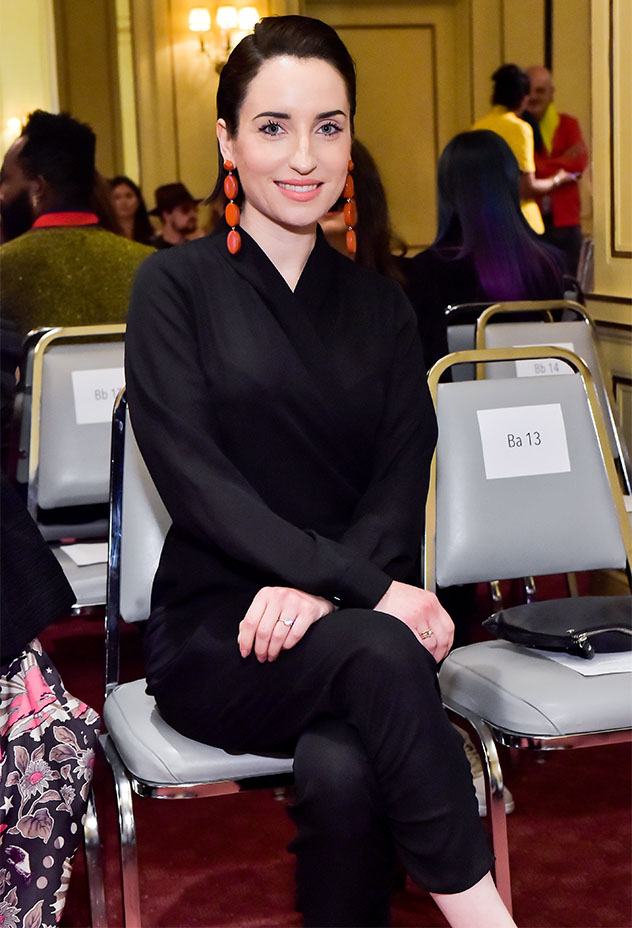 “Now, you can really have a show wherever the hell you want,” Comey explains, referring to fashion’s moveable runways, which have taken guests to three locales in France in the last two weeks alone. “Resort,” or “pre-spring,” as the industry calls the trans-season collections that land in stores around the winter holidays, “is a nice shopping, dressing, red-carpet season, and it’s a real business to pay attention to. For me, it’s a good time in my calendar to come out here, too.”

Comey has a solid group of tastemaking fans in L.A., many of whom came out in support on Tuesday night, dressed in her clothes, of course, including actress Zoe Lister-Jones, stylist Tanya Gill, home accessories designer Heather Taylor, jewelry designer Sarah Hendler, Bird boutique founder Jen Mankins and more. After watching the show on the second floor, guests went upstairs to the store’s former children’s department for gimlets and bites.

“There’s also lawyers studying behind glass offices, but don’t mind them,” joked the designer, who has been in business since 2001, no small feat in the challenging fashion industry which was rocked Tuesday by news of the suicide of Kate Spade.

“I thought it was her best show yet,” said actress Alia Shawkat, whose turn as a chic retiree may be the best part of Arrested Development’s new season five. 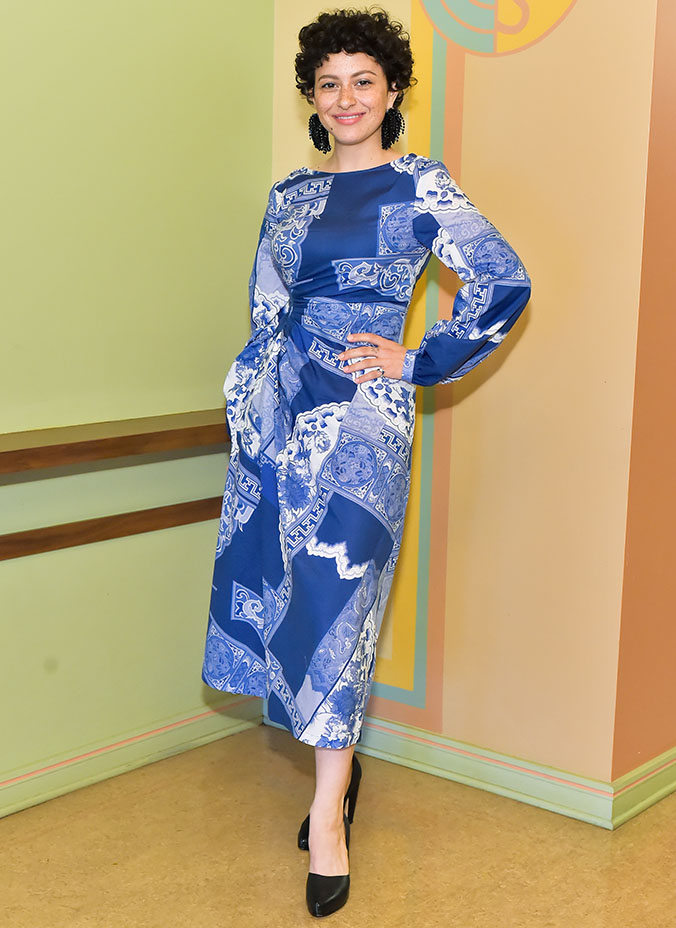 “The casting was really cool — it was really a celebration of badass women,” added actress Aubrey Plaza of the runway models, which spanned all ages and sizes.

“Shopping used to be such a different experience,” mused Shawkat, gazing at the pink-and-green Art Deco fabulousness around her at the cocktail party. “Mae West used to come here naked in a fur coat and go shopping and say, ‘I wanna bathing suit!’ But this collection was so ‘80s and fun, and I wanted to wear all of it.” 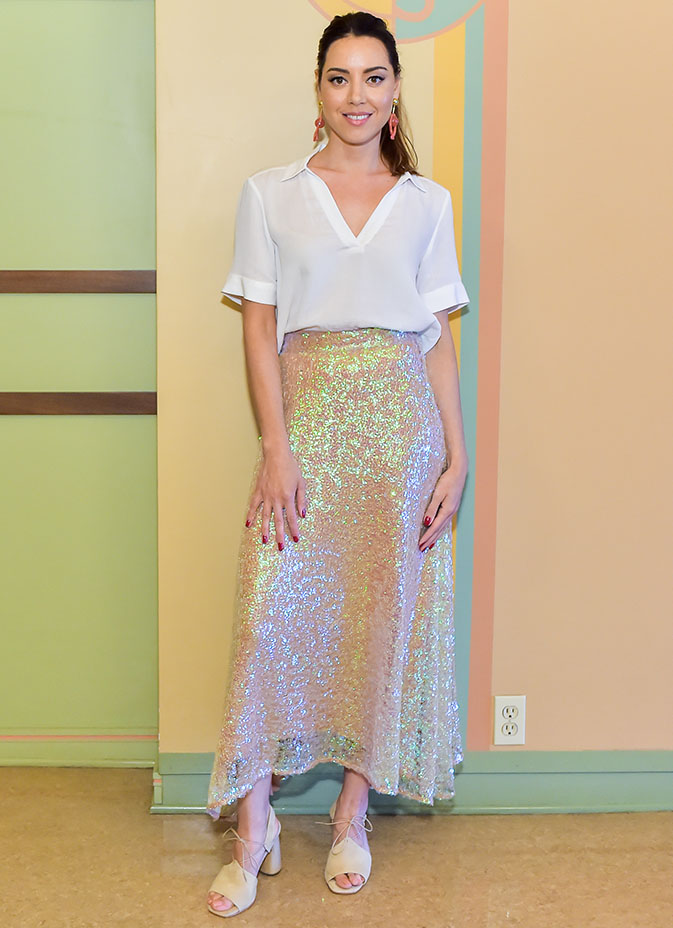