It’s safe to say that Los Angeles is having a Filipino moment. Of course, the fact that Filipinos comprise the largest population of Asian-Americans in California and Historic Filipino Town, the enclave near Echo Park, was named in 2002 as the first place outside of the Philippines to honor the population, are strong indications of the culture and its significance. But when it comes to food and now fashion, signs of the Philippines’ cultural influence are gaining momentum in a more modern way than ever before. 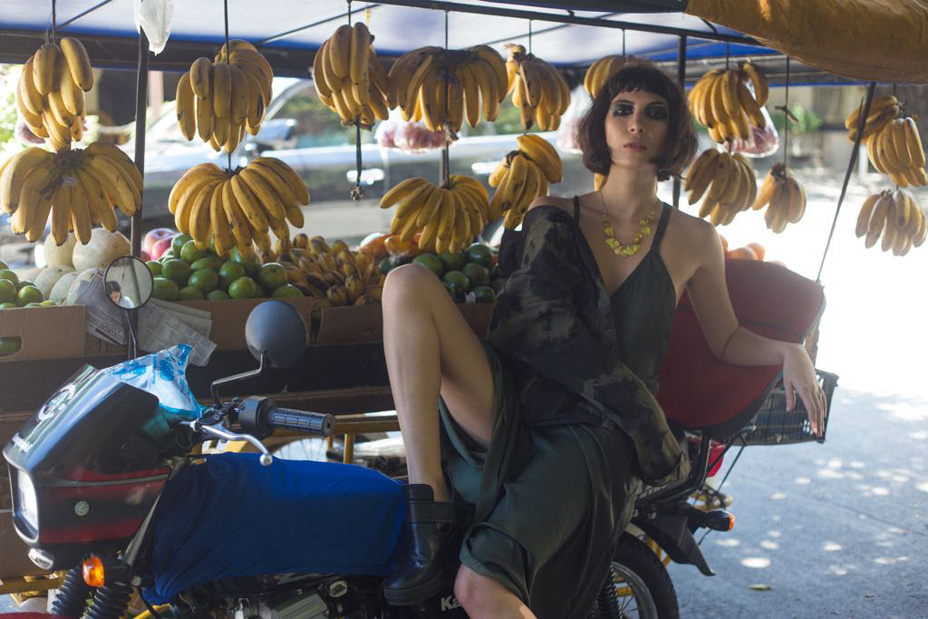 After living in L.A. for over a decade, Manglapus returned to Manila with her two children nearly two years ago to immerse them in the culture and experience living abroad. 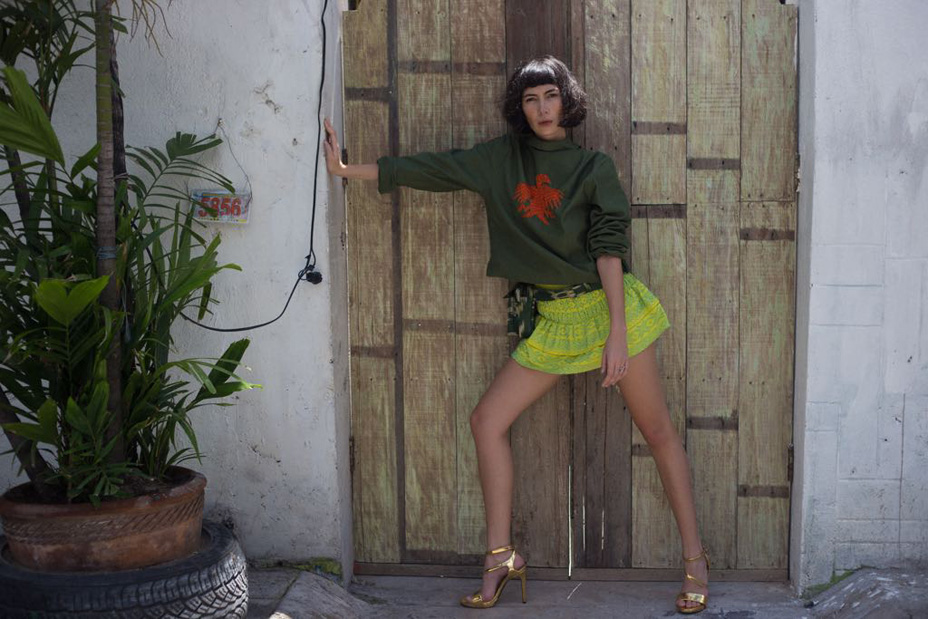 Just before her move, the seed was planted to start exploring the sartorial side of her home country while inside a friend’s surf shop in, of all places, Venice. 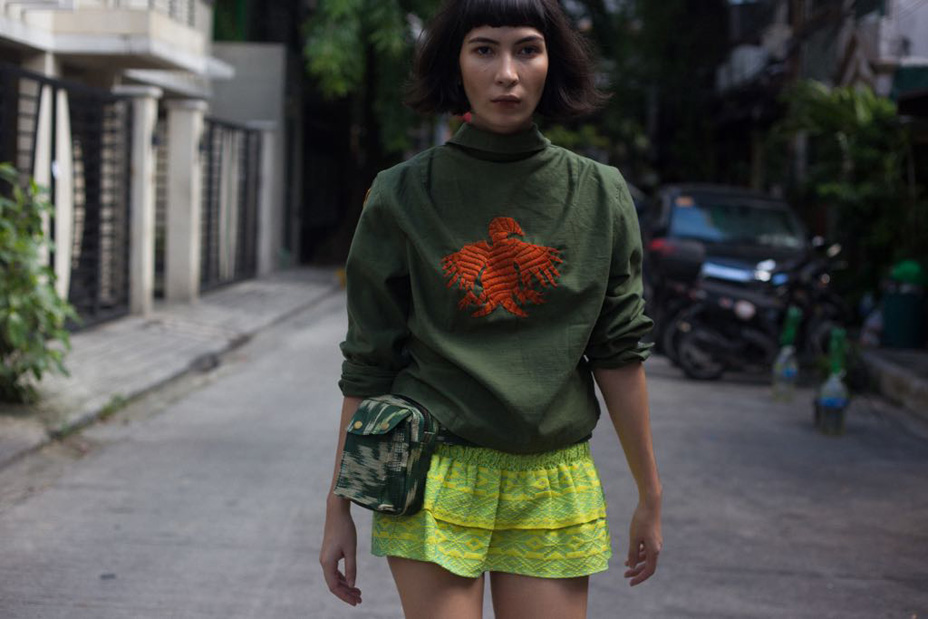 “I was at General Admission, a friend’s surf shop in Venice, and he had a jacket that was Philippine camouflage,” says Manglapus. “It was cool, so I bought it and I still wear it. I thought maybe I should source that and work with embroiderers and make some cool jackets. Once I got here I started meeting weavers and seeing the local artisans and the line grew from there.” 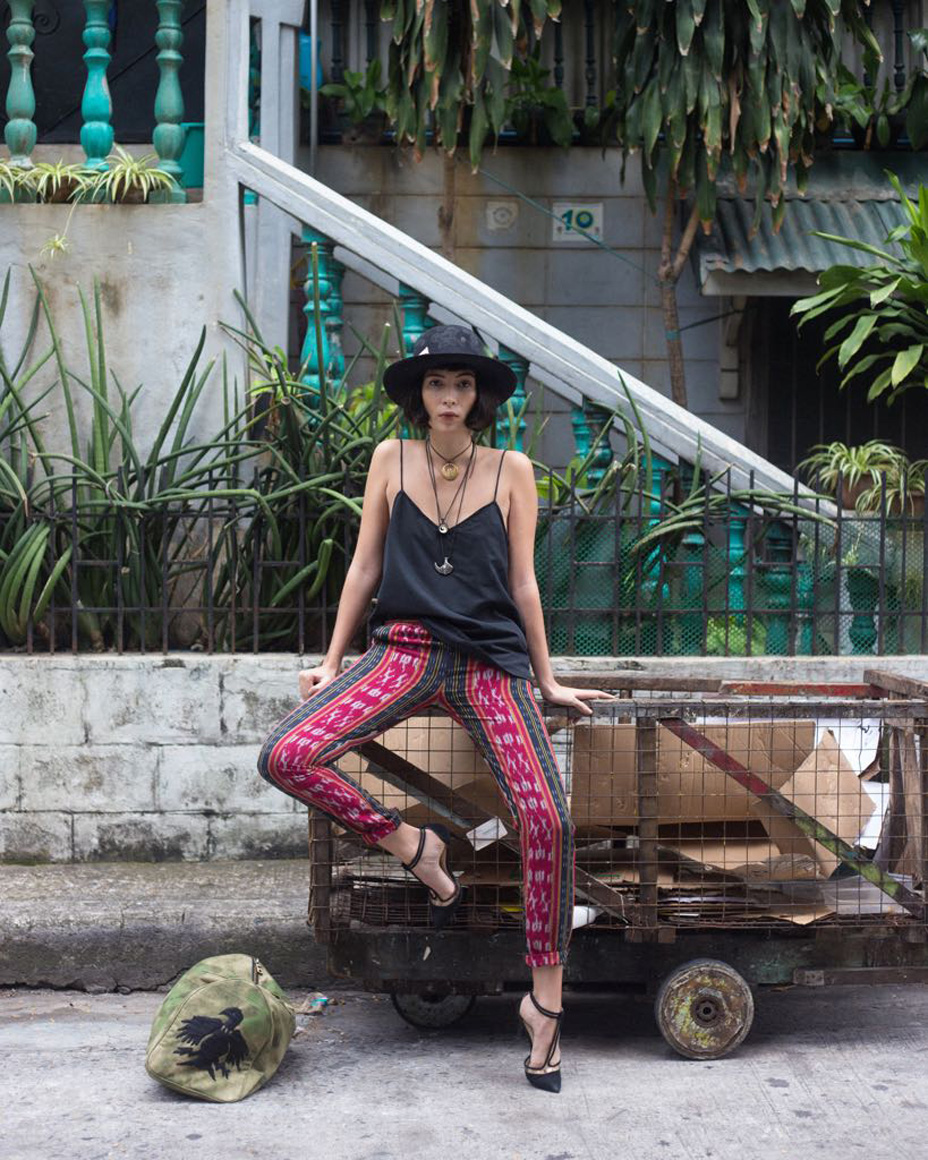 The connection between Venice and the Philippines is actually not a stretch, surf and perhaps even style-wise. Manglapus and her family spend a lot of time chasing waves and living the island life in La Union, a coastal province that is a world-renowned surf destination and carries the same laid back and effortless vibe as L.A.’s hippest beach area. Manglapus’ own style is sort of La Union meets Abbot Kinney, and she describes the look of KM43 as “bohemian in spirit with a bit of a punk-rock surfer attitude.” 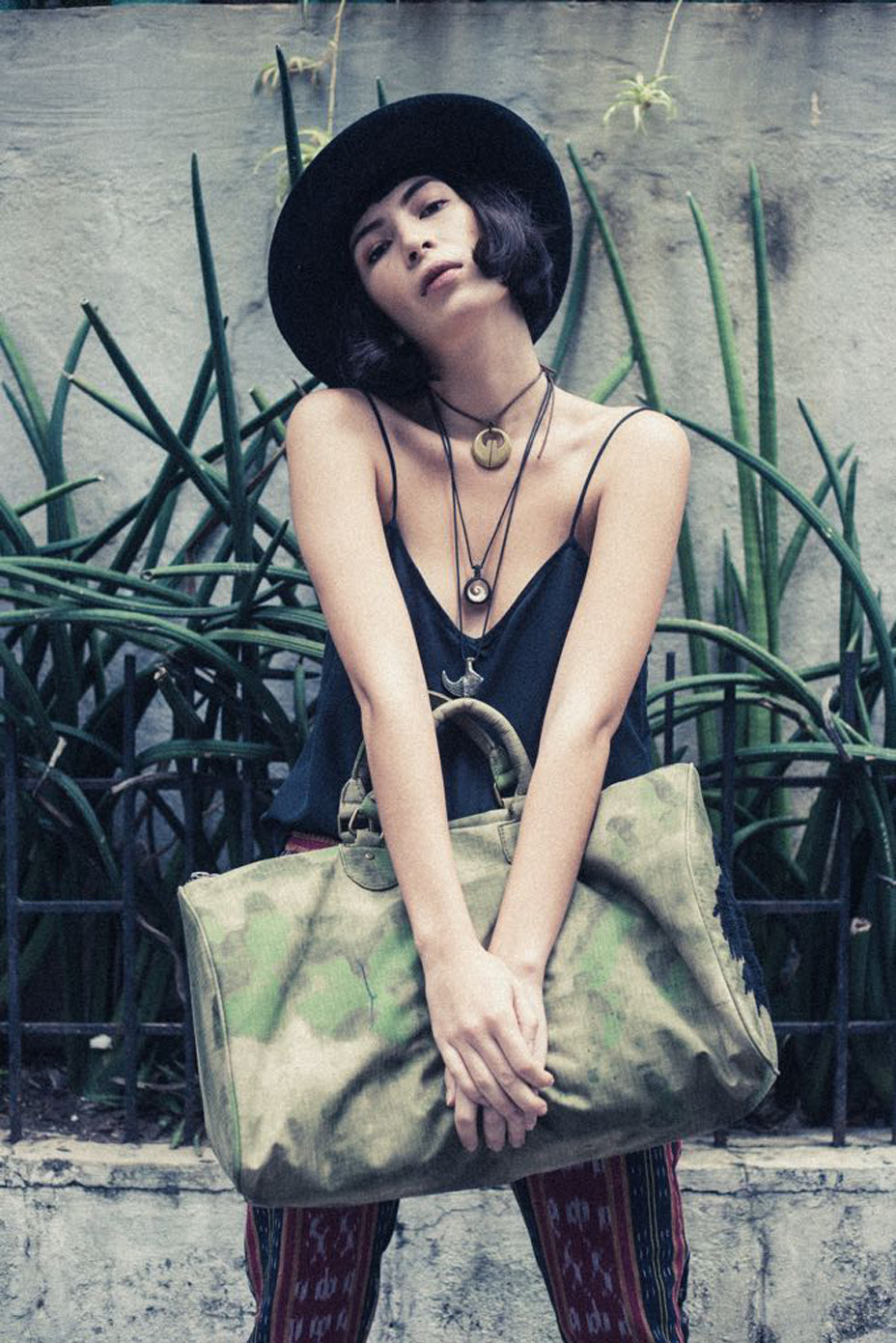 As clothing, that translates to army jackets embroidered with brightly colored animal silhouettes inspired by the Itneg tribe who live in the mountains of the northern part of the island Luzon. The eagle symbolizes a protector and spirit guide, and the frog is meant to bring forth abundance and prosperity. Flouncy miniskirts, ponchos and shorts are made from local textiles that have bold patterns and a balance of bright and earthy tones. Fanny packs and small handbags are made from a more structured fabric created by the T’boli tribe from the island of Southern Mindanao, who believe that the designs of the fabric they create (made from abaca fiber) are passed down to them by their ancestors in their dreams. The women who preserve this process are known as “Dream Weavers.”

Handwoven by the #maranaotribe. The Maranao are one of three indigenous Muslim groups native to the island of #Mindanao in the southwestern part of the Philippines. Almost all Maranaos are Muslims, but some groups living in the hills around Lake Lanao are commited to a version of Islam that is fused with traces of pre-Islamic traditions. The spreading of Islam in Mindanao created a differentiation between its native peoples, those those who became Muslim were named “Moro” and those who did not are called “Lumad”. The Maranao, who are the first inhabitants of the shores of #lakelanao anao still inhabit this region, the name Maranao means “People of the Lake” or “Lake Dwellers”, referring to the indigenous people who inhabited the grounds around Lake Lanao. This lake in North Central Mindanaoand is located at an altitude of 2,300 feet above sea level and can be considered as one of the most beautiful tourist destinations in Mindanao. One Maranao folk tale describes how Lake Lanao was created. The story tells that a group of angels under the control of the Archangel Diabarail (Gabriel) moved out huge groups of people from the area named Mantapoli to prevent the world from turning upside down. The angels lifted the place very carefully and carried it through the air like a carpet, including the people with their houses, animals and crops. It was brought down at the centre of the earth, this in accordance with the command of Allah. The angels filled the hole that was left from the Sultanate with deep blue water, however the water had risen fast and threatened to flood the rest of the world. The Four Winds came to the rescue and created an outlet that was later named the Agus river, the hole became Lake Lanao. Almost every Maranao family specializes in some form of art or craft that is part of the traditional Maranao culture like woodcarving, tapestry weaving, brass-making and the fine art of silver and gold smithing. The Maranao crafts and arts are unquestionably more distinctive and therefore easily recognizable from other cultures of the Philippines.

Sharing the backstories and cultural significance of where the textiles come from is something Manglapus mentions often in the photo captions she writes on the brand’s Instagram feed and an aspect she plans to grow as part of KM43.

“It interests me on a human level to tell their story and to share this with the world,” she says. “And to work to build community within these artistic communities that grows beyond their tribe and beyond the country.”