Like polo ponies, Navajo blankets and American flags, cars have been a driving influence on Ralph Lauren‘s iconic designs for his 50 years in the fashion business, a fact he celebrated Tuesday night by inviting showgoers to his secret garage upstate in Bedford, N.Y., to see his fall 2017 collection among nearly $400 million worth of rare Ferraris, McLarens, Bugattis and more.

These are Ralph’s toys and the runway show will wind around them @RalphLauren #NYFWSS18 pic.twitter.com/DXBAjZk1CW

No Kanye-style buses to Roosevelt Island on this fashion excursion. Instead, guests were ferried 40 miles from the city in black SUVs that had been supplied with an RL-approved soundtrack (jazz standards, including “Satin Dolls”).  Arriving just in time for cocktail hour, Jessica Chastain, Armie Hammer, Diane Keaton, Katie Holmes, plus top editors and family members, sipped champagne, nibbled on fried olives (straight from the designer’s famed Polo Bar restaurant in New York City, served by waiters in “Ralph’s Garage” boiler suits) and gazed at the buffed and polished four-wheeled models, before taking their seats to watch the two-legged ones.

The runway was set up so that the models lapped around the curvaceous cars in the designer’s collection, as if they racing on a speedway, with a “vroom, vroom” signaling that it was time to start your engines. 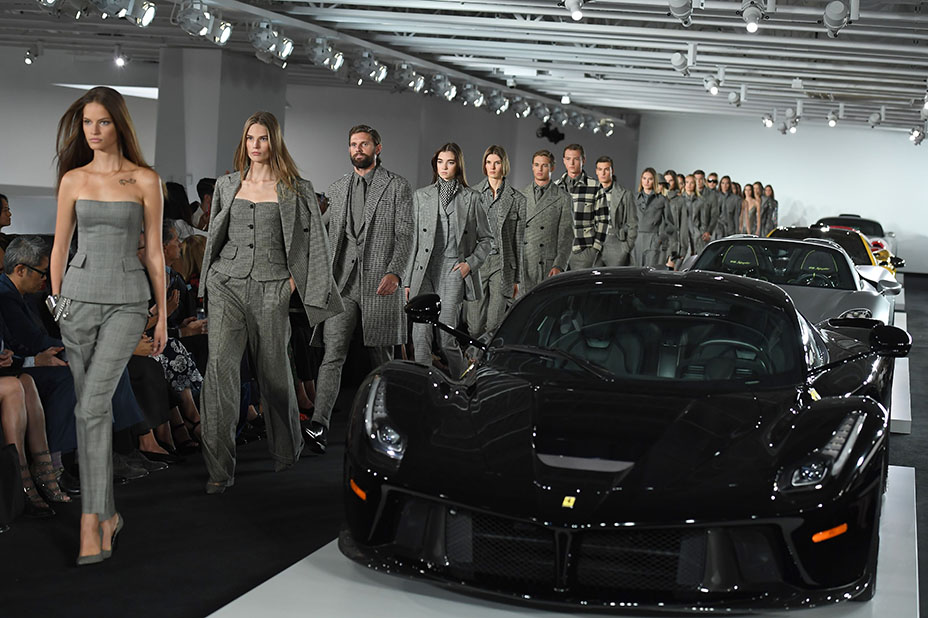 The collection featured menswear and womens wear on the same runway for the first time, on a cast of models that included Presley Gerber (Cindy Crawford and Rande Gerber’s dashing son, and brother to Calvin Klein newbie Kaia Gerber), Bella Hadid and Kendall Jenner, who wore a black-and-yellow evening gown that perfectly matched the McLaren. 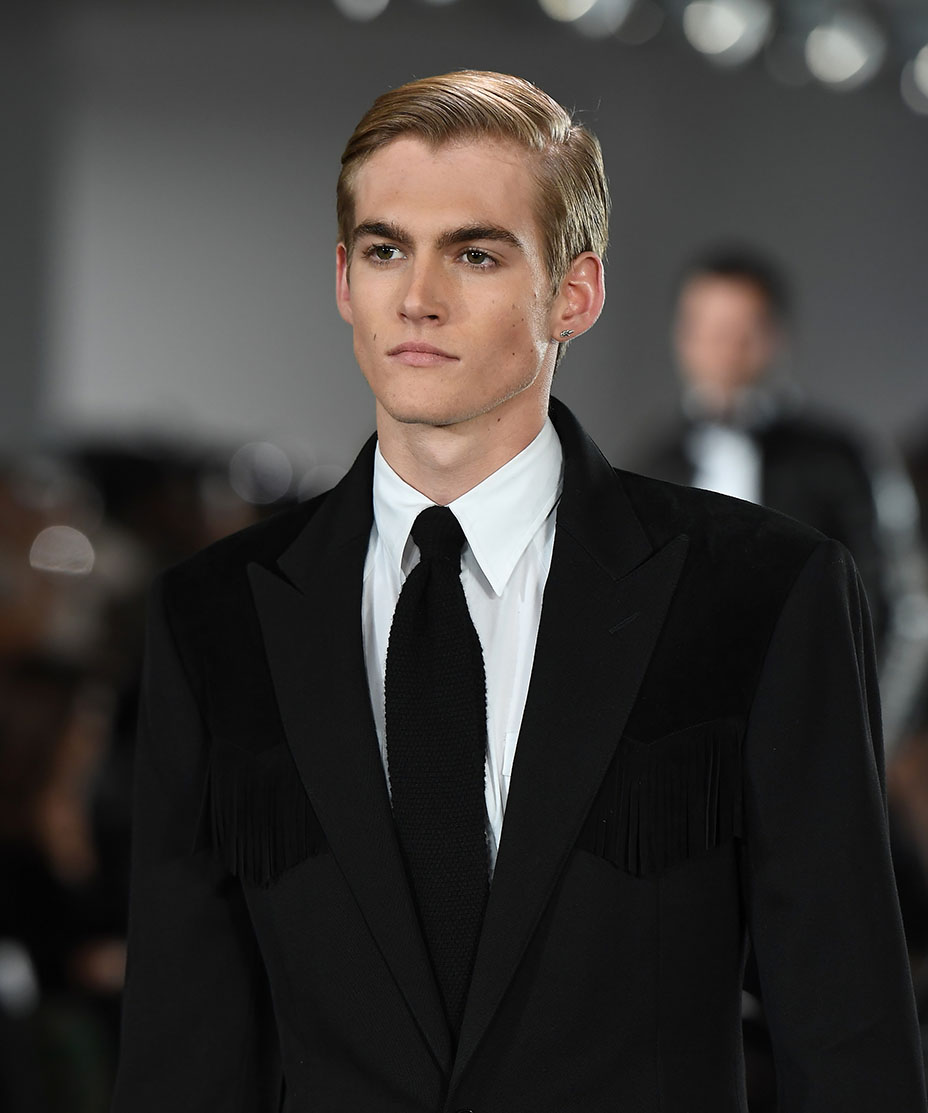 The first few looks riffed on Prince of Wales check, with men’s and women’s suiting, a bustier top and cigarette pants, even a cheeky poncho, before moving into iridescent check gowns. Then, things turned racy, with sporty parkas and anoraks in hot-rod red and yellow, with contrasting black aerodynamic-looking accents; minidresses with thigh-high black leather boots; and gowns that combined molded, high-sheen bodices, with soft tulle skirts.

After the show, everyone took the ramp downstairs to find another whole room full of collectible cars, and long tables set up for dinner (with RL tableware, natch) so you could gaze upon them. The menu was classic Ralph, including lobster salad and Polo Burgers, with caramel popcorn and peppermint tea served to go for the car ride home.

Although many talked about wanting to jump into the driver’s seat — or even the backseat — of one of the automotive beauties, no one went there, not even after the wine had been flowing for close to three hours. Brand reps joked that they had considered having a Ralph-ffle for one of the rare autos, or perhaps even just the opportunity to take a spin in one. But the idea was eventually nixed. Too much potential for an accident; and in Lauren’s picture-perfect world, there are no accidents.