“We’re taking over the red carpet!” she joked. 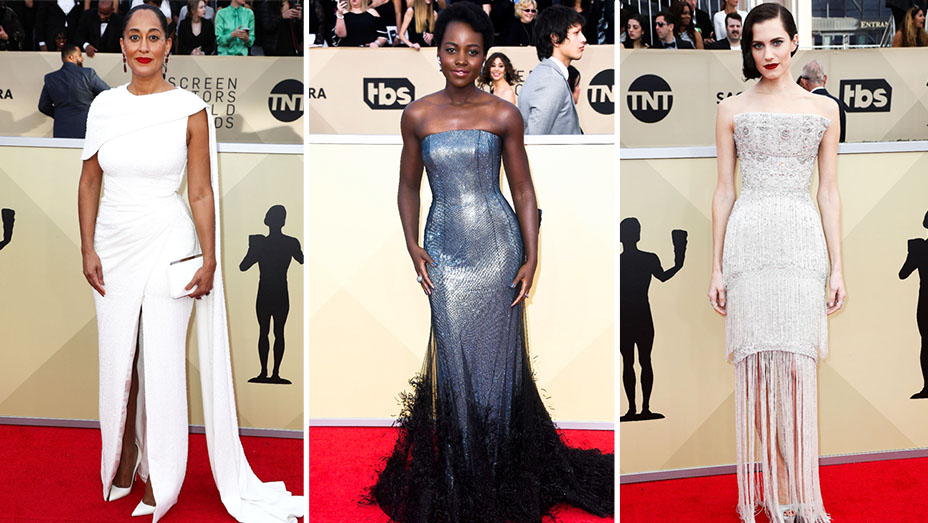 Founded in just 2010, Ralph & Russo is the first British label in 100 years to be invited to show on the official Paris haute couture schedule. The brand’s hyper-femininity, always with an edge, has attracted the likes of Angelina Jolie, Beyonce and Sheikha Mozah of Qatar. And this red carpet season, it has become a major Hollywood player. At the SAG Awards alone, Ralph & Russo dressed Lupita Nyong’o in a midnight blue embroidered gown with tulle overlay and ombre feathers, Allison Williams in a 1920s-esque fringed and embroidered number and Tracee Ellis Ross in a white silk cady draped gown with glass beading.

But now, Ralph and her partner, CEO Michael Russo, are eager for the fashion crowd to learn that their house is about more than red carpet gowns; they are a global luxury brand aiming to dress women around the world, day-to-night, with stores opening soon in Miami, New York and Los Angeles. 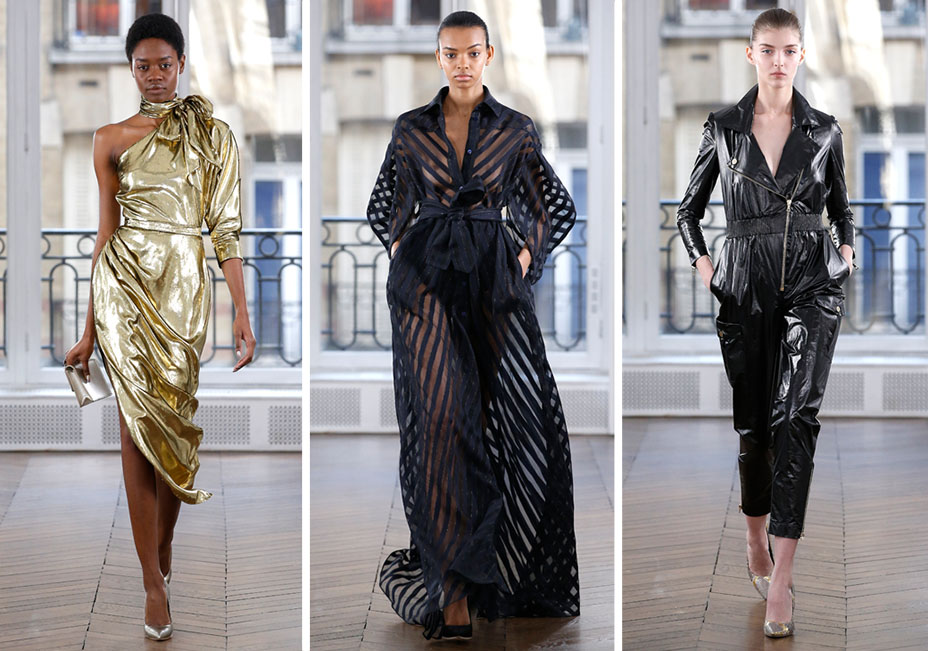 “There’s something for everyone,” said Ralph, gesturing to models set up in the tony apartment that is her home-away-from-home in Paris. Following on the heels of their first ready-to-wear runway show held at London Fashion Week in September, the presentation was a more up-close-and-personal look at the clothes.

Different vignettes showcased the brand’s range — within the ladylike canon, that is — from structured tailoring in the form of a black-and-white check double breasted suit with gold buttons, to a flirty cropped black-and-white houndstooth halter top and tiered skirt (perfect for a film photo call), to cool-girl leather looks like a black parachute jumpsuit with cargo pockets. A slate gray, silk shirtdress, worn with a metallic taffeta cascading floral skirt, was also a fun daytime option for someone like Olivia Wilde, who was taking in the presentation, as was a houndstooth blouse and cropped trousers with a matching twisted mink shawl over top.

Red carpet force @ralphandrusso aiming to be a RTW force, too #pfw

Of course, there were evening dresses, too — not couture, but nearly as beautiful, with a liquid gold lamé, single-sleeve cocktail dress striking a particularly sexy note, and proving that Ralph & Russo is a force to be reckoned with in the fashion world. “It’s really about how diverse our woman is, how much she travels, we wanted to show versatility,” added Ralph. “It’s a new dimension for the brand.”