Hollywood stylists and those in the industry have plenty of options for choosing off-the-rack ensembles for that red carpet gala or movie premiere — from Rodeo Drive designer boutiques to the sea of renovated shopping centers (the $500 million Beverly Center, $1 billion Westfield Century City and new $200 million Palisade Village, for instance).

But what makes Robertson Blvd. showroom Entre Nous so enticing to the Hollywood crowd is that it’s stocked with vintage designer pieces that make a bold statement without the commitment of buying. Stylists, talent and below-the-line creatives are renting store owner Randi Wood’s curated, one-of-a-kind offerings for Los Angeles events. 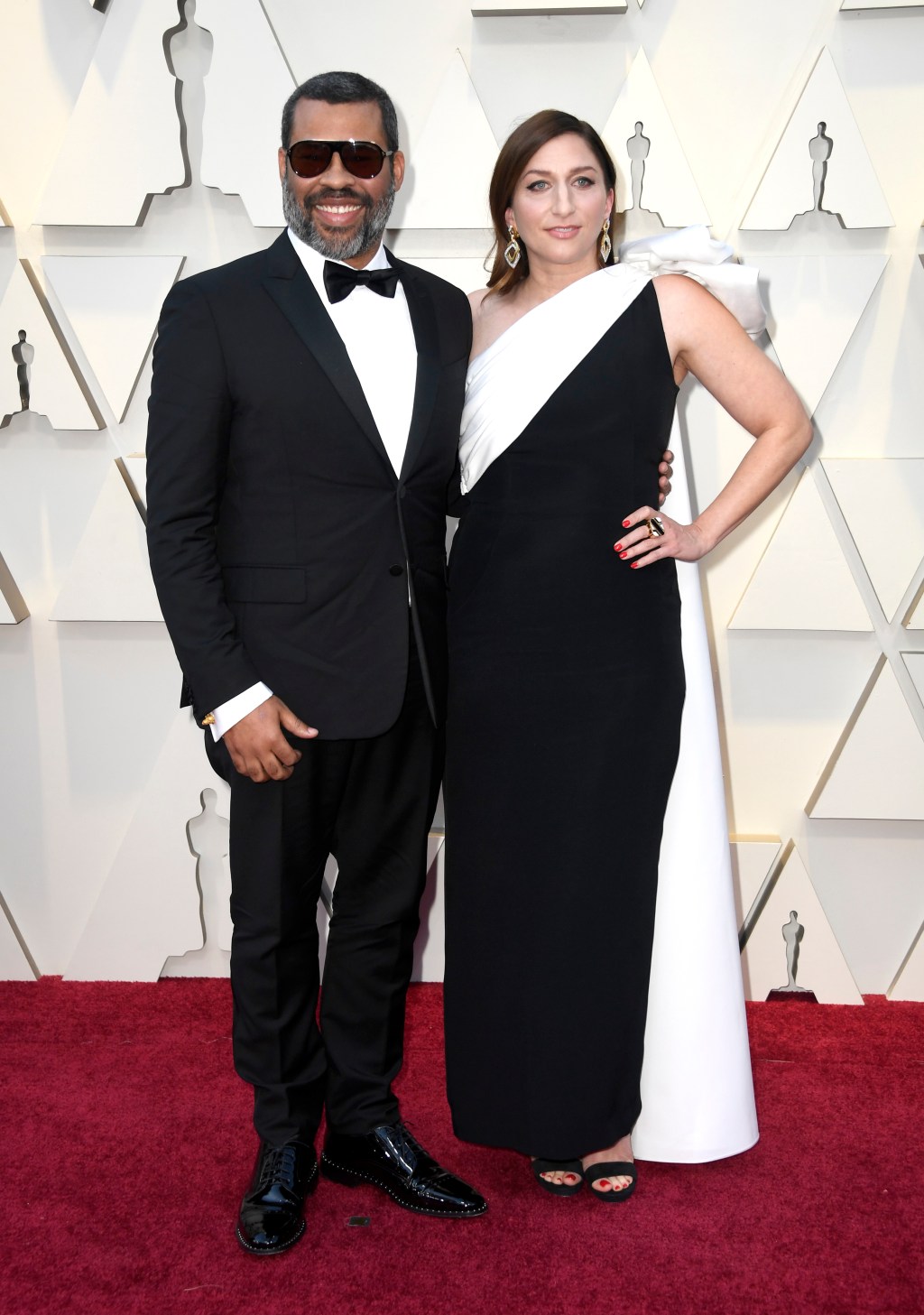 Wood purchased Entre Nous in 2017, back when it was located on 3rd Street. She moved the by-appointment-only showroom to its current home on Robertson Blvd., which “I just felt had such good energy” due to its proximity to Chanel and lunch hotspot The Ivy.

“They’ll send me details of what they’re looking for. So they’ll say, ‘I’m pulling for this client, they’re going to this, this is their size, this is what we’re looking for.’ So I will pull the items. We might take photos and send them to them,” Wood tells The Hollywood Reporter, and the “really amazing moments” come when she spots her treasures on the red carpet. 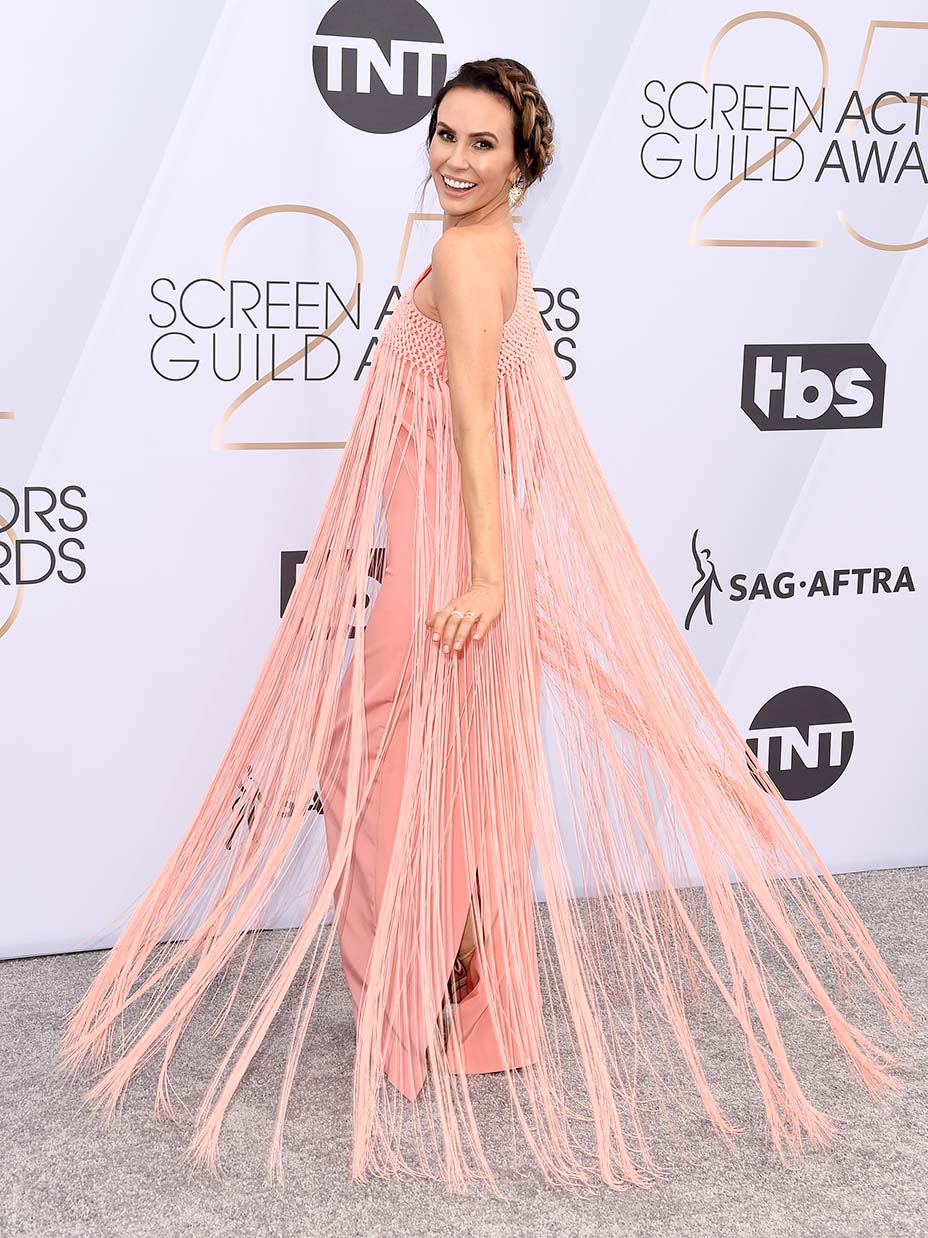 Part of Entre Nous’ appeal is that it allows customers to rent designer pieces at about 10 percent of the retail price. (Similar to online fashion service Rent the Runway, valued at $1 billion as of March, and online fashion rental and styling business Armarium, which has popped up twice in L.A. during awards season). At Entre Nous, each item’s rental price tag is based on a variety of factors, including condition, fragility, designer demand, style demand and retail value. They are also available for purchase.

Wood understood that the entertainment industry is event-centric and there is a sector of people that “aren’t necessarily famous actresses that Dolce & Gabbana is going to lend to or gift them,” but they still need to look chic since they attend the same events. An editor or producer may not want to spend $5,000 on every premiere, nor do they want to wear the same thing over and over again. “I really felt there was this opportunity for this rental marketing that has become so popular with the shared economy,” she says.

Always on the hunt, Wood scours the internet for rare finds to add to her showroom, whether via eBay and Etsy, or searches in person at estate sales, vintage sales and vintage stores in Europe. She says her inspirations can come from TV shows or 1980s photographs, which she then uses to search for fashion pieces. For example, after watching Ryan Murphy’s The Assassination of Gianni Versace: American Crime Story (which won seven Emmys in 2018), Wood felt that Versace was going to have a “moment” because it was so talked about. At the time, old-school Fendi logos were coming back and Gucci’s popularity had surged, so she started Googling vintage Versace cocktail dresses and bodysuits. 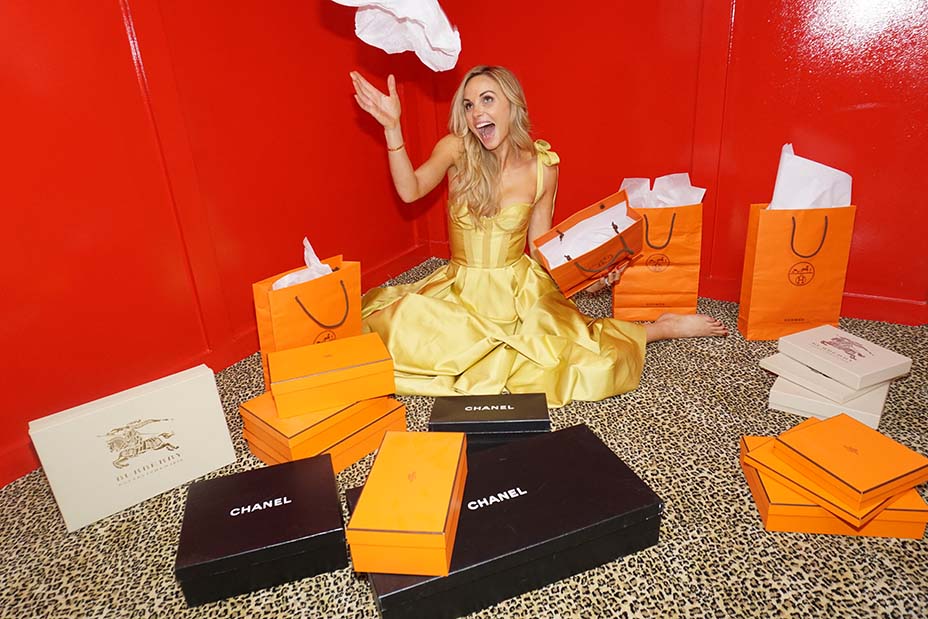 Over the past two years, Wood — whose background is in real estate and business — has learned that what’s on trend is not always what she should be stocking.

“How I originally bought pieces is not how I would now buy pieces just from the feedback of stylists,” Wood says. “It’s really just a little bit of an art.”

She initially thought the staple black dress would be popular, so she bought quite a few. “But black dresses do not get press on the red carpet, so stylists do not pull that. It doesn’t matter how amazing they are.”

The more vintage and unique a dress is, the more the stylists are excited about it, because it “looks like their find” and the stylist will be praised for having a “super interesting perspective.” 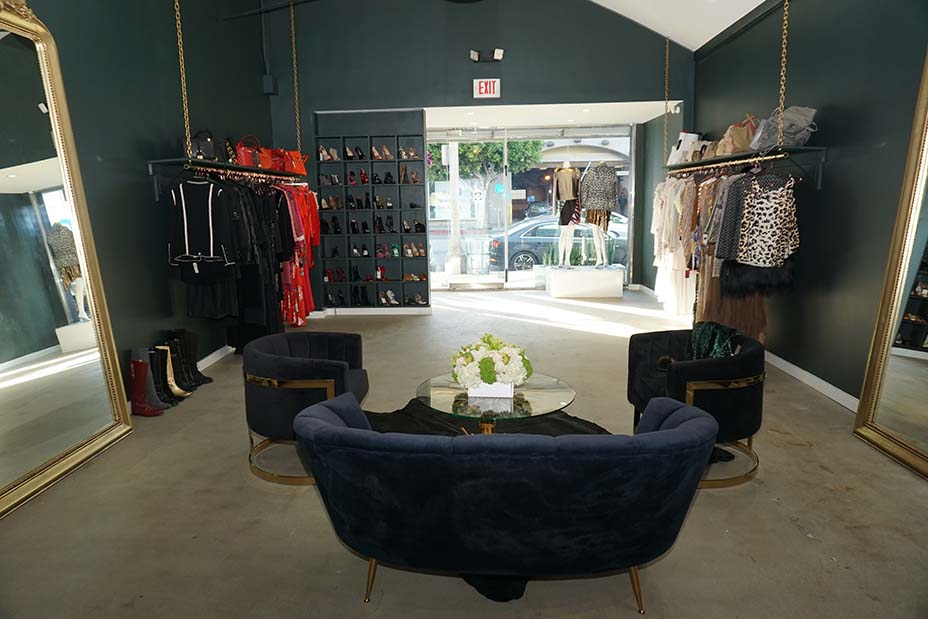 Therefore, her runway looks from the last three seasons of the major designers don’t get “as much love” from stylists, who have seen them so many times in showrooms or on other stars — “that’s over with and a little cavalier or generic.” Same with the “It” bag of the moment, like last year’s Dior saddle bag, which got “plastered all over Instagram” so people got tired of looking at it. They could buy it at Dior, eBay or The RealReal (a favorite consignment shop of Bryce Dallas Howard).

“It’s not worth trying to compete in that over-saturated ‘It’ bag moment. It’s better to look at bags that you have actually never seen before, because they’re so vintage or they came from Paris and America’s never seen them,” Wood adds.

The Canada native also managed to become a part of 1stdibs, the Marc Jacobs-favored online marketplace, and A Current Affair, an exclusive community of vintage retailers shopped at by Grace and Frankie Emmy-nominated costume designer Allyson Fanger. 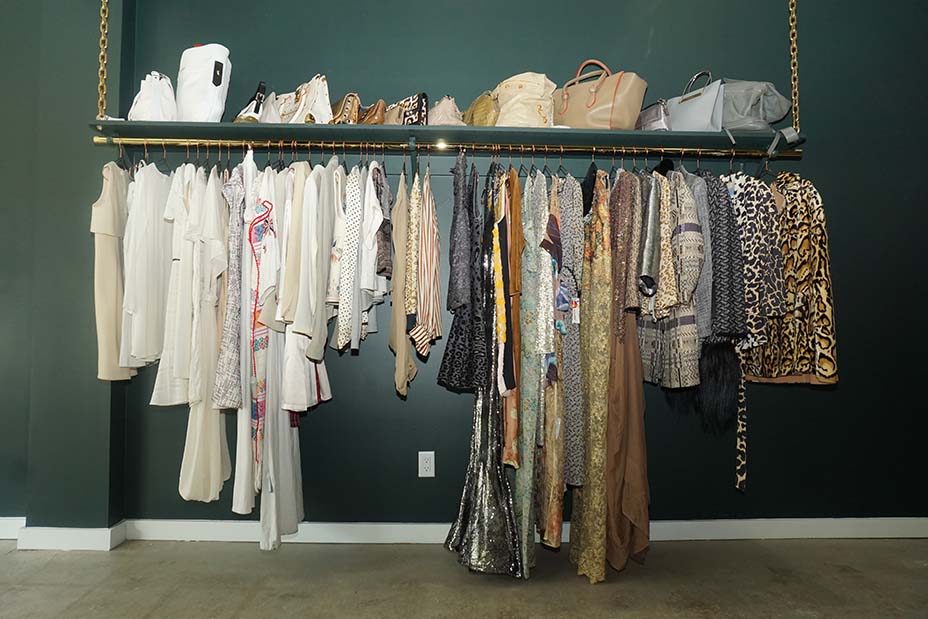 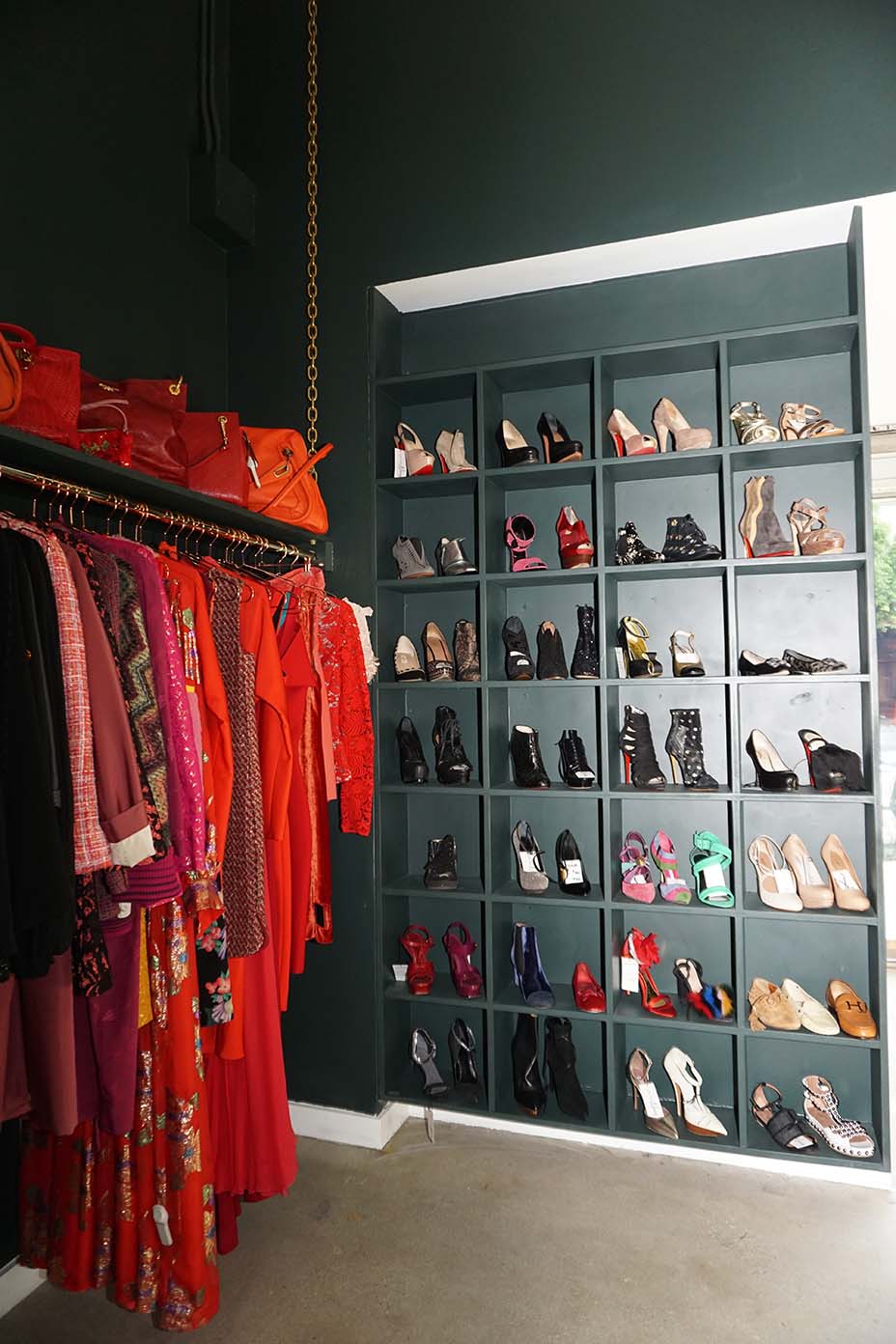 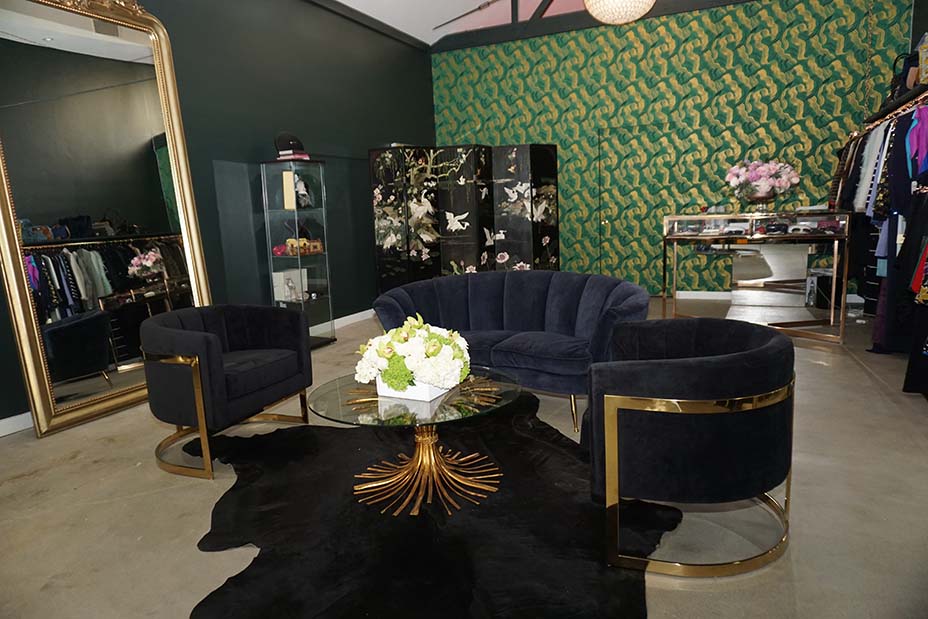 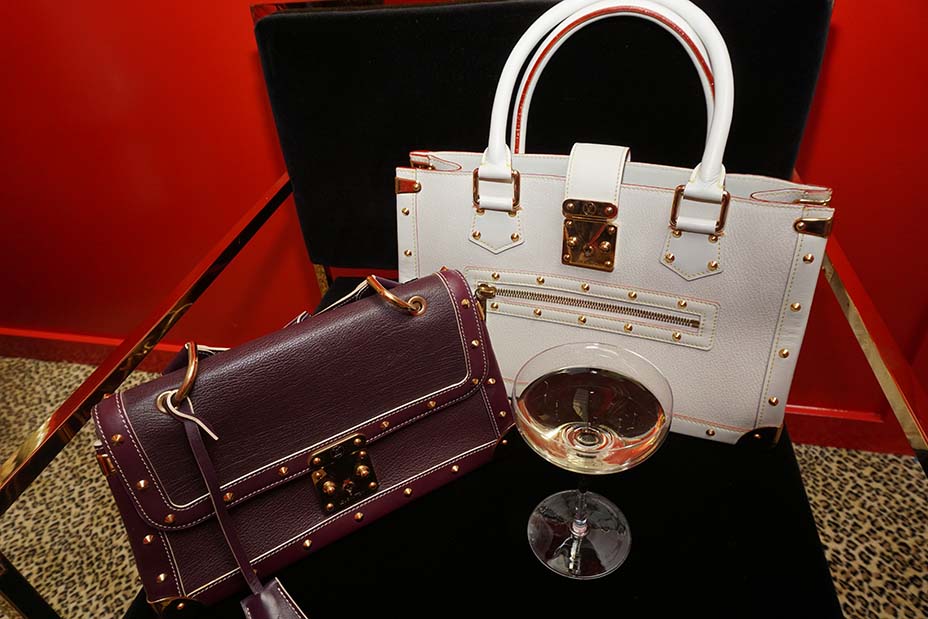