Reese Witherspoon on Tuesday played host to a coterie of beauty devotees who were on hand to celebrate the latest offerings by Elizabeth Arden. At a private Beverly Hills home, guests were guided to a garden teeming with freshly bloomed roses and tables bearing vases filled with the flowers along with ferns, hydrangeas and peonies for the creation of custom floral arrangements.

Witherspoon fluttered amongst the crowd in a floral-print Altuzarra dress, sharing her love for the brand. “[Elizabeth Arden] started a company, a beauty brand, before she even had the right to vote,” she told The Hollywood Reporter. “She was a champion for women’s rights and for the idea that women need to take care of themselves. She had a holistic approach to health and beauty that you can only look as good as you feel on the inside. I just think she is such a cool entrepreneurial force. I would not be standing here if it weren’t for women like her.”

Following in Arden’s footsteps, Witherspoon is an entrepreneur in her own right (founding lifestyle brand Draper James in 2013) and has served as a constant voice for women’s rights. She was a key player in launching the Time’s Up initiative last year and, just before the event, the Big Little Lies actress tweeted her thoughts after a law banning most abortions was signed into law by the governor of Alabama on Wednesday, following similar legislation in other states, calling it “unconstitutional and abhorrent.”

I’m beyond upset about the passing of new abortion bans in Alabama, Kentucky, Mississippi, Georgia, and Ohio. This is Unconstitutional and Abhorrent. We can not tolerate this attack on women’s fundamental rights.

“Rolling back women’s fundamental rights is deeply disturbing and unconstitutional,” she told THR. “I love what Ava DuVernay said: ‘Your silence isn’t going to save you.’ Right now it’s about Alabama; tomorrow, it’s about the whole country. Nothing is more important to me than protecting my sisters all over this country. It’s just unbelievable. I feel like we’re in a novel.”

Witherspoon went on to say, “If you really think about it, there’s not enough women making decisions about women’s lives. Our bodies are being governed without representation. That doesn’t feel very American to me.” 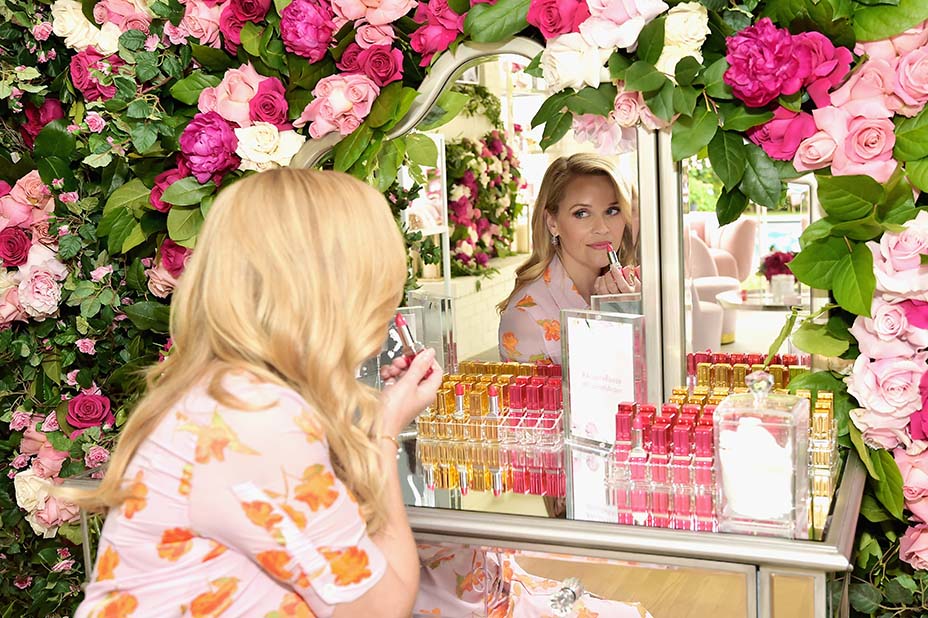 Following the adage that beauty occurs from the inside out, Elizabeth Arden’s official “Storyteller-in-Chief” also talked about vanity, which by her definition is anything but that. “Beauty is finding the center of yourself,” she said. “It’s being your most authentic self and putting that person in the world.”

The 43-year-old emphasized the importance of skincare, particularly with her on-the-go lifestyle. “These serum capsules are so easy to travel with,” she said, motioning to the Elizabeth Arden retinol ceramide capsules, displayed on a table next to the brand’s White Tea collection (a trio of fragrances touting notes such as white tea, pear tree blossom, and Bergamot).”I feel like it is really well-made and has a great price point for the quality that you get in the products. I take them all over the world whenever I do movies or press tours and you just have an incredible amount of moisture in them too, in case you want to use them on the flights.”

Witherspoon also swears by treatments from West Hollywood-based facialist Mila Moursi, along with regular immersion in nature. “I think it’s important to get outside as much as possible,” she said. “Take a walk in the morning. It’s really helpful for your health and just your mental reset.”

When it comes to beauty standards shifting in the world toward more inclusivity, Witherspoon (who has passed down her mother’s advice of finding joy and happiness in each day by focusing on positivity) spoke of her children’s access to diversity. 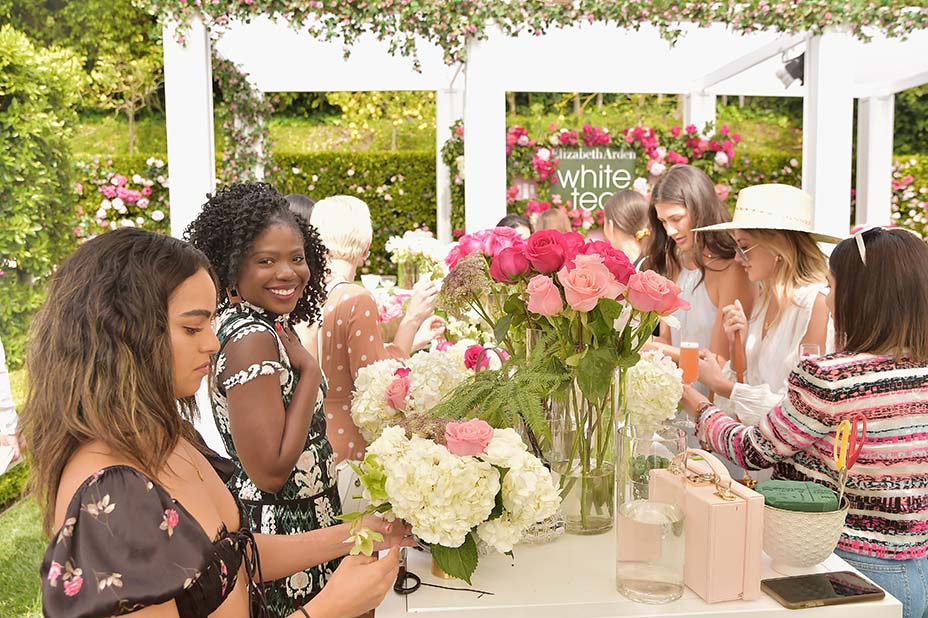 “You’re seeing a lot more representation of how the world really looks than when I grew up,” she said, before referencing Diana Ross as a beauty icon for doing her own makeup over the years, according to conversations with her daughter Tracee Ellis Ross, a friend of Witherspoon’s. “I think it’s a really interesting time to grow up, to be a kid and use social media platforms. I’m really glad that my kids can see that there needs to be an entire range and that women and beauty can look so many different ways. And we’re seeing a lot of bloggers. They have very important voices in the beauty world because they represent an important perspective, which is actually the buyer’s. I think brands are really listening to the consumers and paying attention.”

With regard to Hollywood’s take on beauty, in terms of inclusivity and ageism, Witherspoon — who founded the production company Pacific Standard Films with Bruna Papandrea (Gone Girl, Wild) in 2012 and the media brand Hello Sunshine in 2016, which focuses on celebrating women with storytelling — noted that the power lies with content creators and their audiences.

“I think it’s changing,” she said. “It certainly hasn’t met the standards, but with the emergence of a lot of female producers, women of color, LGBTQ people who are producing and creating content, I think you’re going to see a shift of whose stories are told. The most important thing is that audience members show up for the things that represent what they want. Pay that money on Friday for the box office and click on it on Netflix. Support the artists that you really believe in because that will help them continue to create great content.”