Sure, we’ve seen them donned by 30 Rock’s Liz Lemon, The Big Bang Theory’s Howard Wolowitz and Dinner for Schmucks’  Zach Galifianakis, but who could imagine that the seemingly random fashion item known as the dickey (a faux shirt front first worn in the late 1800s and copped by women in the 1940s) could be the calling card of a casual-cool fashion business?

Such is the story of women’s fashion brand Veronica Beard, co-founded in 2010 by sisters-in-law Veronica Miele Beard (who hails from New Jersey) and Veronica Swanson Beard (a San Francisco native), that is opening the doors today of its first West Coast location and fourth U.S. boutique in the former Vince digs at 8471 Melrose Place in Los Angeles.

The brand, that Miele Beard describes to THR as “an elevated, cool take on the classics” has made a name with Hollywood fans such as Gwyneth Paltrow, Jennifer Lopez, Sarah Jessica Parker, Julia Roberts, Cindy Crawford and Gisele Bundchen for its blazers with zip-in dickies and easygoing separates — ruched dresses and skirts are another signature. Last July, footwear and made-in-L.A. jeans were added. Meghan Markle has worn Veronica Beard since 2016; just last week, she paired Veronica Beard Adley Pants with a plaid Burberry coat during her first visit to Edinburgh with Prince Harry.

Love is in the air! Here’s #MeghanMarkle (wearing our Adley Pants ) and Prince Harry on their official trip to Scotland. Happy #ValentinesDay!

“Before we launched Veronica Beard, we were always talking about those items that we wanted, but felt were missing from the market — one being a great, tailored jacket like the men had, but that was still feminine and chic,” says Miele Beard. “We figured that one way to feel feminine in a suit jacket would be to add beautiful layering pieces, but we didn’t want the bulk that usually comes with layering.”

“Removing the bulk was our a-ha moment,” adds Swanson Beard. “We came up with the dickey jacket concept, and then started to experiment with cool dickey ideas that would transition seamlessly from season to season – knits, leathers, sweatshirts. Today, we even have puffer dickeys for winter!” 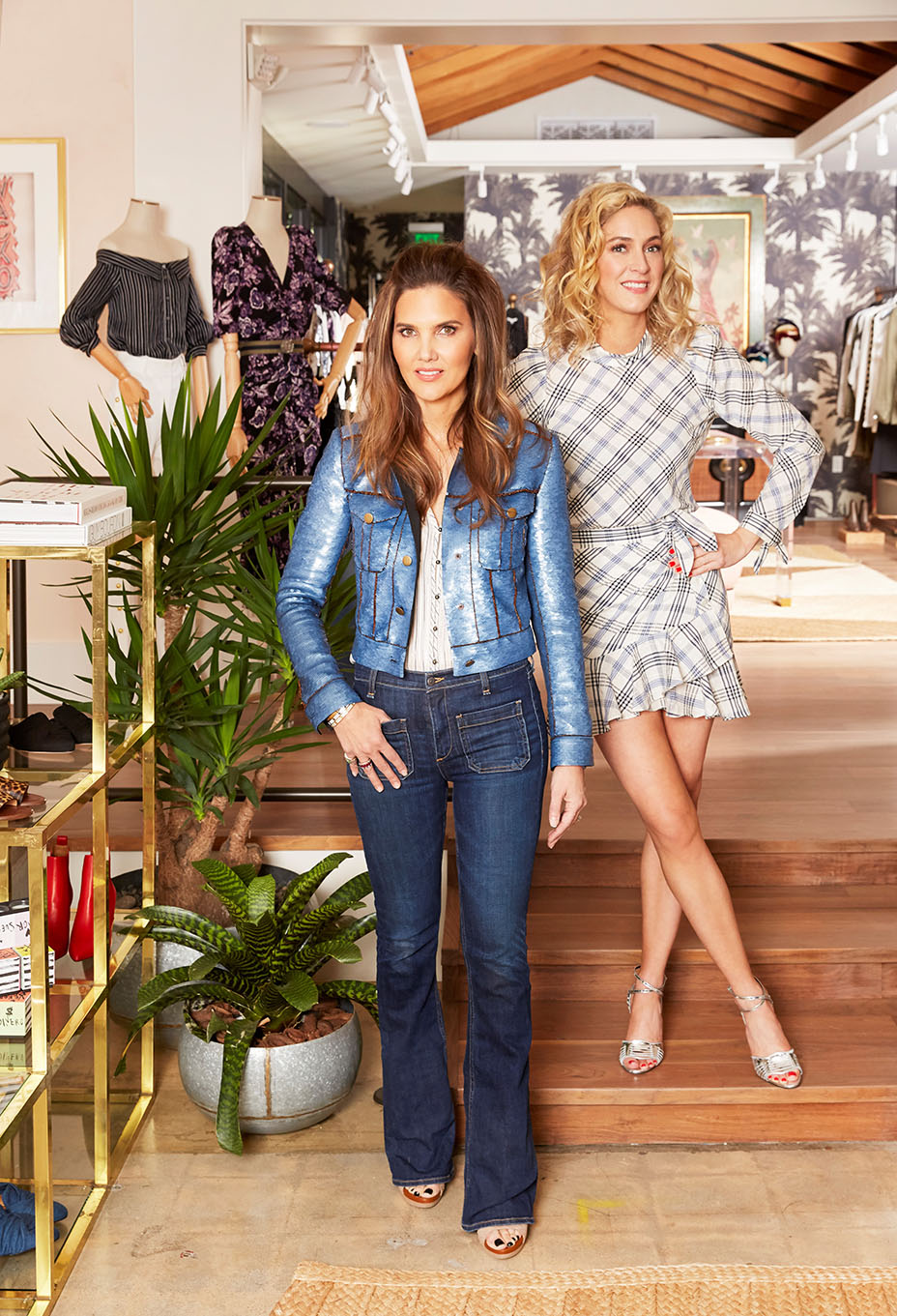 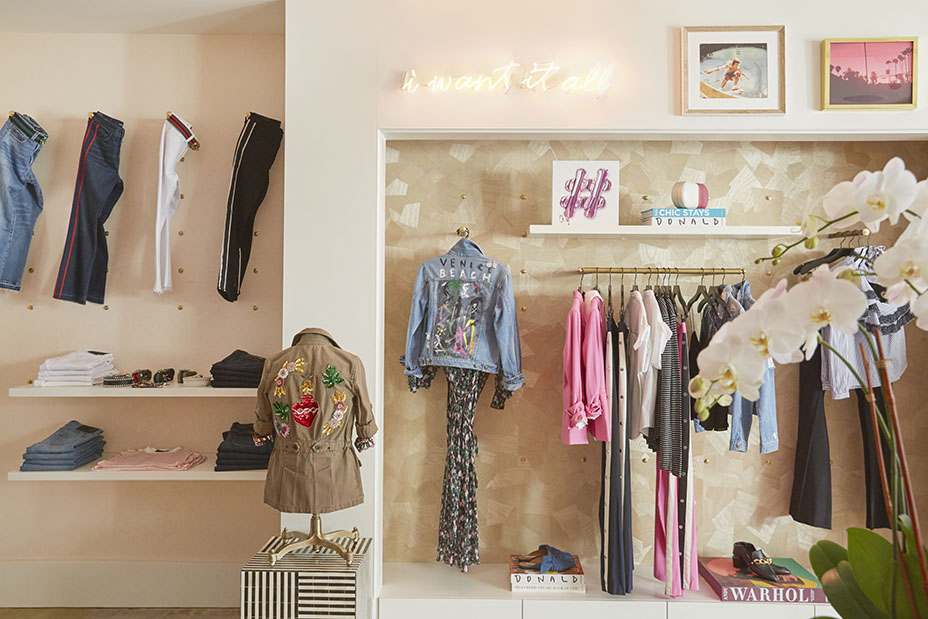 Besides offering the complete collection of Veronica Beard apparel and footwear, the store will offer other branded merchandise including Le Specs sunglasses, Clare V. handbags and accessories, St. Piece scarves and Dannijo jewelry.  The Beards have partnered with bicoastal artist extraordinaire Donald Robertson, who has hand-painted 10 denim jackets with one-of-a-kind L.A.-themed illustrations ($995 each). 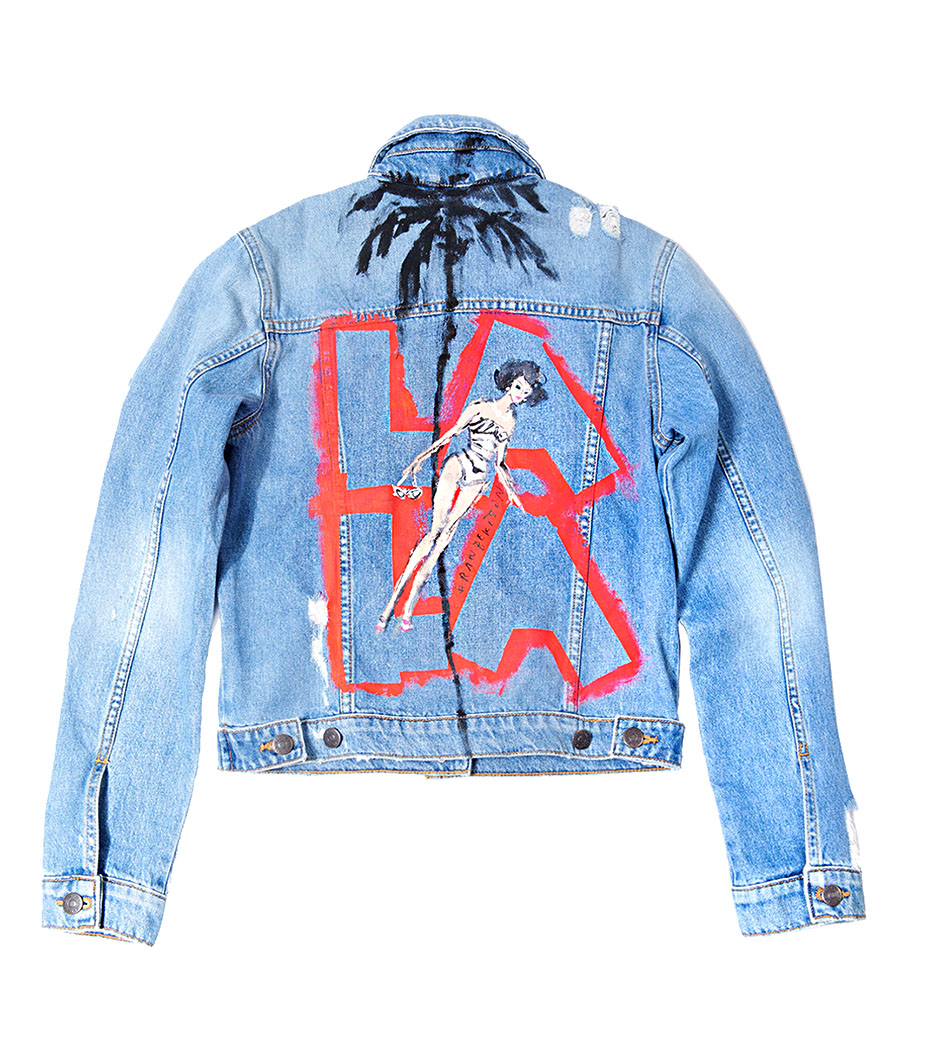 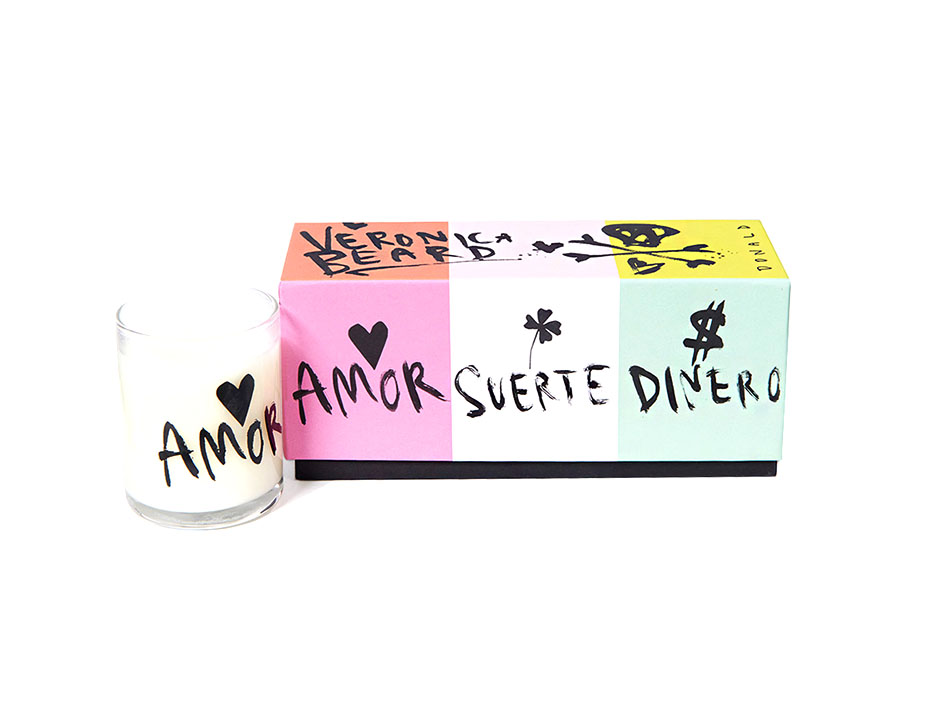 “We even decided to shoot our spring campaign in Los Angeles, since the collection feels so in touch with the style here,” says Swanson Beard.

Pink and leopard print are trademarks for the decor of Veronica Beard stores, but the 1,800-square-foot Melrose location adds in palm prints and a ceiling with exposed beams for more of a West Coast, beach bungalow vibe. The Beards worked with their interior designer friend Carolina de Neufville to deck out the store in vintage furnishings. 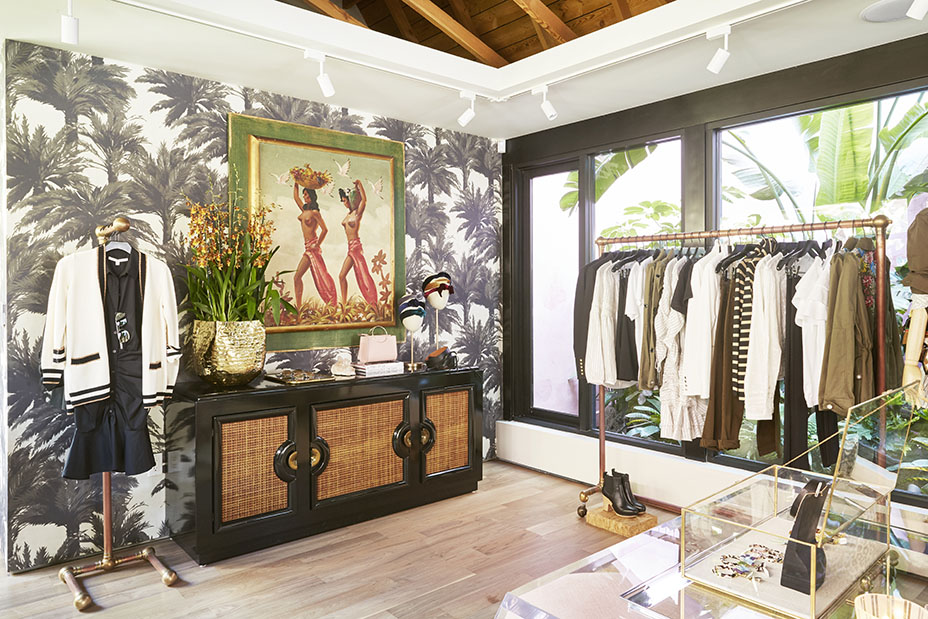