Rorrey Fenty may be related to one of the most famous cannabis enthusiasts in the world, but his latest venture is for high-rolling smokers of a different persuasion. After co-founding luxury cigar brand Legado two years ago, the 29-year-old entrepreneur (and younger brother of Rihanna) is teaming with Fabergé and Rome de Bellegarde on an over-the-top collection of bespoke boxes that contain rare timepieces and a record-breaking bottle of cognac that will set a buyer back anywhere between $760,000 and a cool $1.2 million. They also mark the global launch of the brand, which has until now only been available in Honduras and Barbados, and will soon be available in the U.S.

The four-box collaboration will be officially unveiled Thursday evening during a private auction in London, where an eclectic mix of of nearly 300 VIP guests (including some of the biggest names in Hollywood, entertainment and sports as well as some of the world’s wealthiest families) will have a chance to bid on the boxes. The invite-only event will be helmed by a renowned female auctioneer at Christie’s, while a sizable portion of proceeds will benefit a charity to be announced during the starry soirée.

Inspired by the seasons and featuring handmade designs by artist Gemma M. de Ana, the triumvirate’s four artisanal boxes will each contain Rome de Bellegarde’s 1984 cognac bottled in a 24-karat gold-plated vessel (there are only 67 of them in the world); a shot of the luxurious spirit famously sold to a cognac connoisseur for over £10,000 ($12,436) at London’s Hyde Kensington bar last year. The “Cognac — Autumn” box will include a special edition Fabergé Visionnaire DTZ 18-karat rose gold diamond baguette bezel watch — one of only 15 created for the heritage European brand’s Haute Horologerie men’s collection — as well as a limited-edition Legado “El Unico” cigar, while the other boxes will include a “Renaissance” cigar. 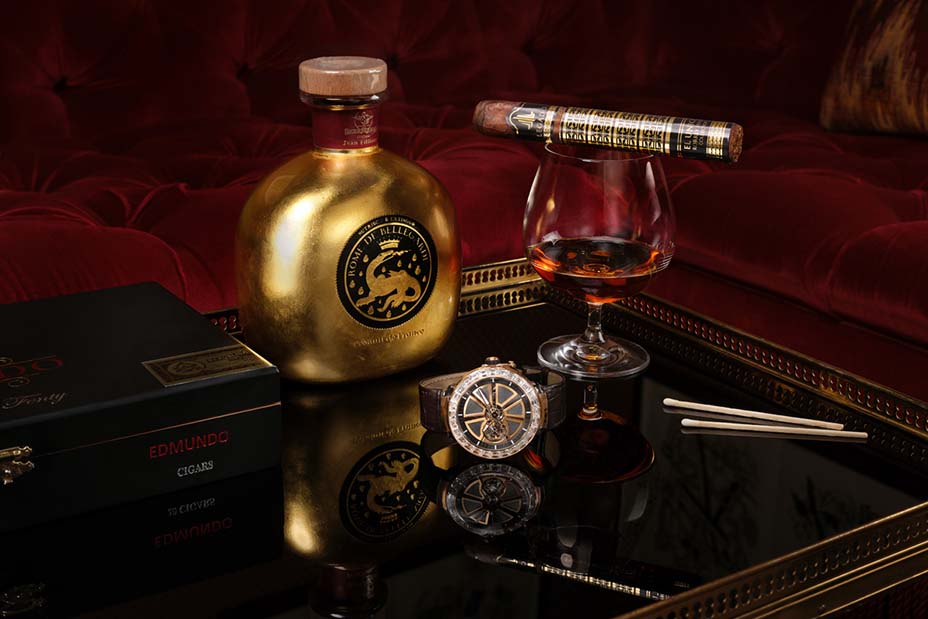 London was selected for the big reveal because “it’s the middle ground for all three companies. I love London because it’s very multicultural and diverse. It’s become a second home for me,” Fenty tells The Hollywood Reporter. The grand debut will also mark the first time many will set their sights on the extraordinary pieces: Not even Fenty’s superstar older sister has seen them yet. “Maybe I’ll see her tonight and I’ll show her the pictures,” he says.

“It is a great honor to be working with [Fabergé] and be associated with them and do this collaboration. It’s such an iconic brand and I’ve not been blessed enough to actually hold a Fabergé egg yet, but I’ve been able to wear some of the amazing watches,” says Fenty. “Right now, I’m actually wearing their dual time zone watch; my uncle Lester, who started this [company] with me, is wearing the Chronograph.” He adds that he was “extremely excited” for the chance to work with Rome de Bellegarde: “First of all, cognac is my favorite spirit. I was personally excited to try it myself.” 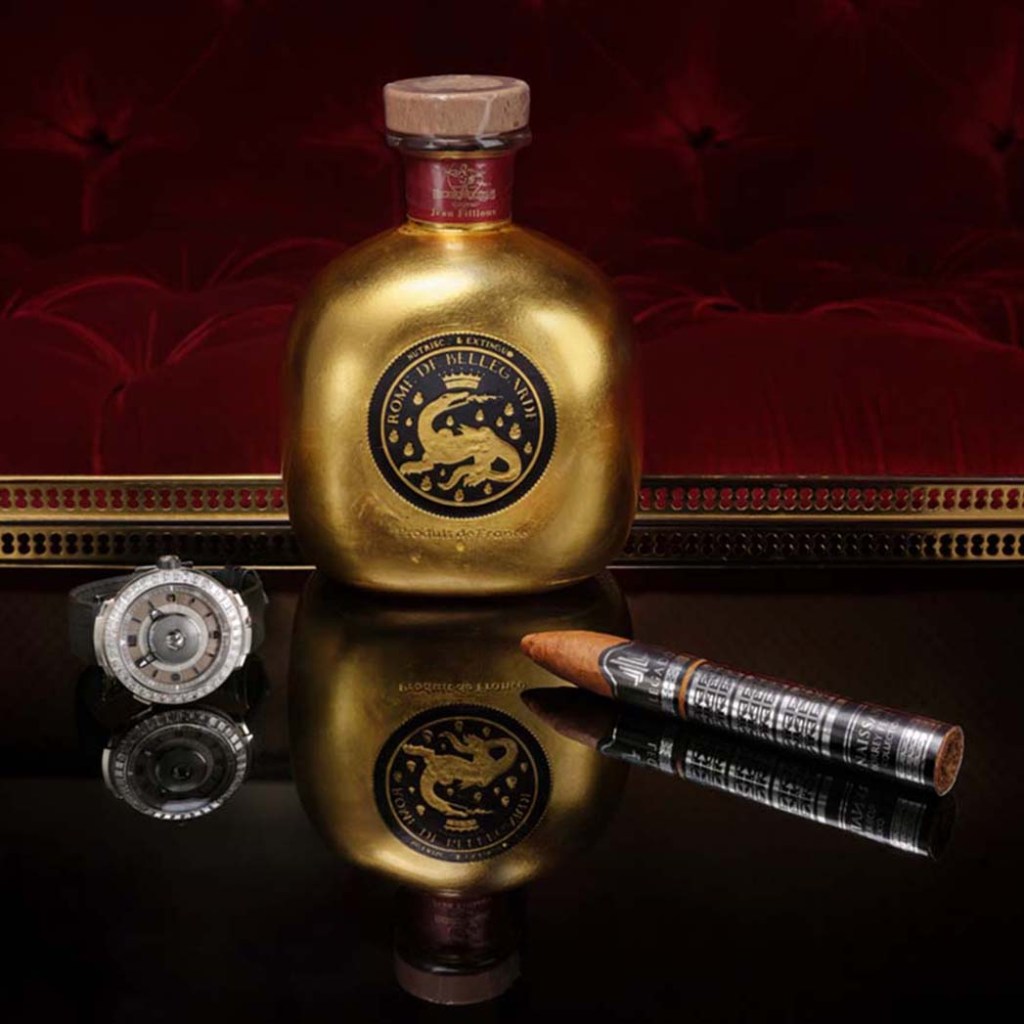 The tobacco smokes are “not just a typical cigar,” Fenty continues. “It’s a Cameroonian wrapper aged over 10 years with a Nicaraguan binder, and a very, very special, rare Dominican Republic filler, which is a special blend of family recipe that has never been commercially sold.” Legado — which means “legacy” in Spanish — is a family venture: Fenty (who acts as the brand’s ambassador) co-founded the company two years ago with his uncle Lester Brathwaite, his aunt Deborah Simmons and his uncle Peter-Che Simmons.

“This journey started a few years ago when my [uncles and aunt] visited Honduras and brought back a box of cigars to Barbados,” explains Fenty. “We all have pictures in our family photo albums and they all have our great-grandfathers always holding a pipe or a cigar, and it always resonated with us. We all sat down one Sunday afternoon and shared a cigar, and Pete came up with the idea to start our own cigar brand. We were all for it.”

Adds Fenty: “We actually started to change the culture a little bit in Barbados, where this cigar culture is no longer for the older guys. There’s now a younger demographic [and even more women]  smoking cigars every weekend now, too!”

That growing female audience includes Rihanna, who puffed on a Legado cigar during a surprise appearance at the Caribbean island’s legendary Crop Over festival, which Fenty hosted in August.

Luxury connoisseurs outside of the U.K. who are interested in dropping beaucoup bucks on one of the luxurious boxes can email Fabergé directly at joanna.kupis@faberge.com. And those who just want to steal a glance at the exclusive collections may get their chance, as there are plans to take the lots on a worldwide viewing tour within the next year. 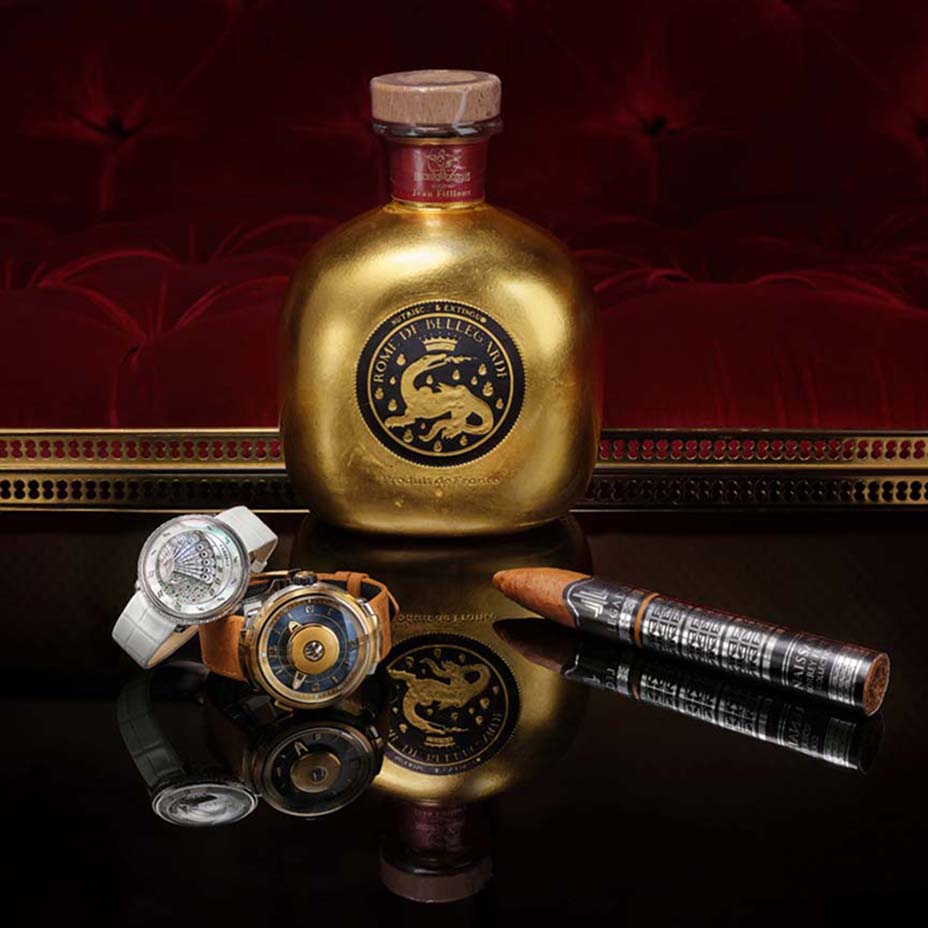