“Central Park was empty — it was just me and three dogs all wearing plastic shoes,” recalls Ines de la Fressange of her stay in New York during #StormStella earlier this week.

Manhattanites didn’t have to apologize to everyone’s favorite French style icon for the blizzard conditions during her four-day visit from Paris. Like so many others in the snowbound city on Tuesday, “I lounged in bed under some blankets and watched a lot of television — it was wonderful,” she says.

By Wednesday evening, however, de la Fressange was ready to lace up her dancing shoes — quite literally. The global ambassador for Roger Vivier hosted a party at Soho’s Dance With Me studio to celebrate the accessory brand’s Spring 2017 collection, a collaboration between creative director Bruno Frisoni and Sofia Sanchez de Batek, a front-row fixture who has art-directed campaigns for Derek Lam and Marni. Also a part-time model, the Argentinian-born Sanchez de Batek was invited by Frisoni and de la Fressange to both influence the design of the spring collection and appear in its campaign, lensed by New York-based Quentin Jones.

“Nearly each year we have an image of the house and somebody we want to be linked with — it doesn’t have to be a celebrity or a famous actress, but just somebody we like. We like her spirit and her style, but we also have to like the person. She has to be elegant and fun, and you see that in Sofia,” explains de la Fressange. “If you think about Chanel, she was close to Romy Schneider and Jeanne Moreau; they were not only beautiful women, but also personalities. I always thought it was important for Vivier to be linked with talented people.”

Crystal chandeliers, red roses everywhere and Ruinart Blanc de Blancs in coupe glasses transformed the studio into a space that felt equal parts Buenos Aires and Montmartre circa 1935. Near the entrance was a small display of pieces from the spring collection, most featuring Roger Vivier’s omnipresent square buckle, but this wasn’t an event rooted in viewing product. Rather, tango teachers lured guests — including Mario Sorrenti, Fabien Baron and Mia Moretti — on to the dance floor from bistro tables situated around the room’s perimeter. 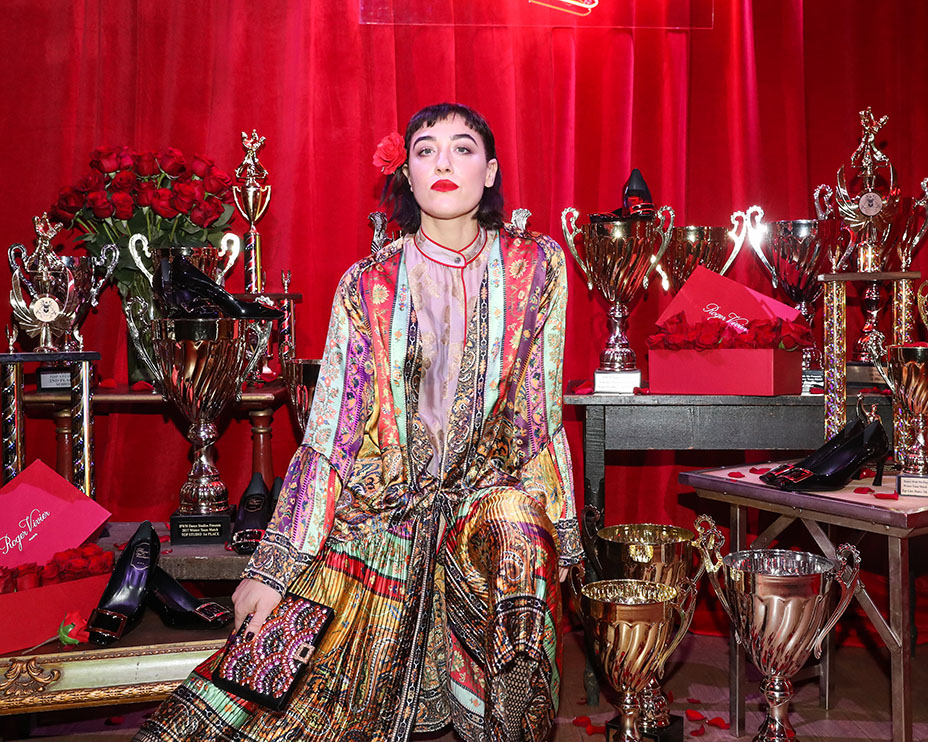 The resulting vibe was decidedly different from the typical launch event, and that was precisely the point, says de la Fressange. “We have a terrible reputation in France of being stiff and square and boring and sometimes rude, and it’s not totally true,” she notes. “We could invite you into the shop or to a restaurant and immediately hand you a press kit, but this is not elegance; this is not a way to treat people. Here we are having fun. We have 15 dance teachers all wearing Roger Vivier shoes. Isn’t that so much better than being stuck in a restaurant next to someone boring?”

Indeed, there is nothing mundane about this Argentine-inspired collection, from the lush satin roses atop strappy sandals, accented with straps that wrap sensuously around the ankles, to the limited-edition bag Frisoni designed with Sanchez de Batek in mind: In crimson leather featuring laser-cut flowers, it’s been aptly named the Viv‘ Cabas Tango. “It feels very special to work with such a talent like Bruno,” says Sanchez de Batek. “I don’t like to endorse a product if I’m not involved in it. We talked about red and something that felt very sexy, and the laser cuts and flower-inspired pattern create that mood and is a great addition to the collection. But I also travel a lot, so I wanted to know you could put a lot in the bag, that it would be practical.”

As an homage to both the handbag and the evening’s ambiance, Sanchez de Batek wore a high-neck dress of draped red crepe, a vintage piece she bought in L.A., she says. It wasn’t her first choice, but the weather wouldn’t cooperate. “The dress I wanted to wear got stuck in the FedEx,” she says, adding that an impromptu high slit cut into one side seam made the replacement dress tango-friendly.

Target Is Counting on Victoria Beckham to Spice Up Sales

It’s a style hack de la Fressange likely would have thought of herself, and Sanchez de Batek admits she’s flattered by any comparison. “I find Ines to be a fascinating mix of brains and beauty, sharp and smart, and always saying the right, funny thing,” she says. “I’ve known her for a while, but we did get to know each other better working on this project. When I came up with the concept for tonight’s event, she backed me up completely and said we should just go for it. And here we are: People you would never see dancing are onstage right now.”

Outside, New York City trucks were still plowing and salting the streets, but inside this Broome Street studio, the mood was positively sultry. “If you think about it, the tango is from Argentina, but it really comes from France,” says de la Fressange, pointing to the dance’s popularity in Paris in the early part of the 20th century. “That was a very fashionable moment in France. And here tonight, it’s the perfect spirit.” 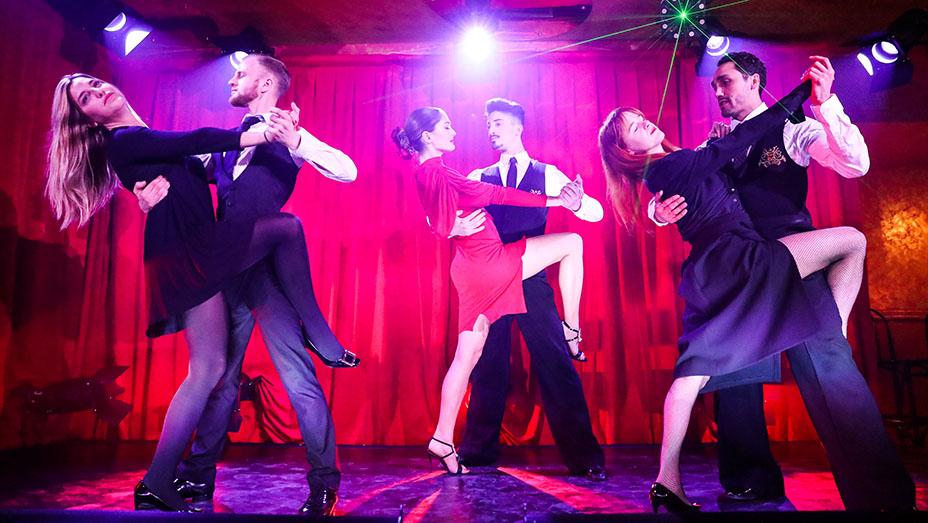